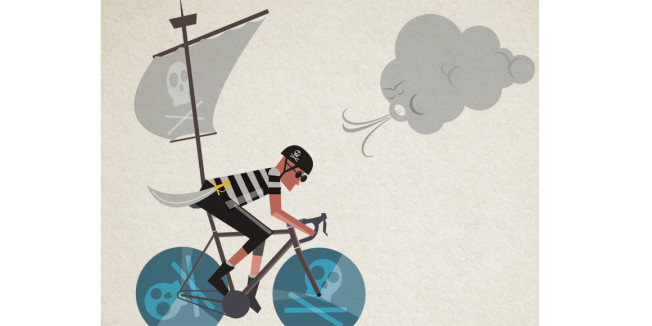 Posted on December 2, 2013 by Cyclist Australia/NZ

When there’s tailwind, will you gain speed by sitting up? It’s a simple question with some complex answers

With the wind on your back, the world is a better place. You can slacken up, pedal lighter and simply let the wind carry you along, right? During a recent Cyclist team ride, as is our wont, we ended up debating the benefits or otherwise of sitting up in a tailwind, with one camp arguing that there’s a sail effect to sitting up, and the other arguing that the comparatively higher road speed requires a more crouched position. As usual, we couldn’t let the matter rest there…

The question comes down to more than just lunchtime-ride chitchat – it has perplexed some of the sport’s top minds. ‘That’s a pretty interesting question, because a long time ago when we first started testing, we were all wondering about that,’ says John Cobb, aerodynamicist to some of the greats (and Lance Armstrong). Indeed, when we asked one of the country’s top aerodynamic experts, Simon Smart, we were told that the information we sought was too confidential to discuss.

While aerodynamics can be madly complex, the basic question can be answered relatively easily. ‘Aerodynamics is really reliant on your speed relative to the wind,’ says Dr Mark Jermy, lecturer in mechanical engineering at the University of Canterbury, New Zealand, and occasional aerodynamicist to track cycling stars. ‘If the wind is travelling in the same direction but is slower than you, you are effectively cycling into a headwind. So you should reduce your frontal area to the wind.’

A very strong wind, then, would be needed to add propulsion when you’re at typical cruising speeds. As Cobb puts it, ‘You’d have to be out in a wind that matches your forward velocity to get that sail effect, and usually when the wind is above 40kmh you’re just not out riding that day.’ Equally, in that sort of wind a bit of pedalling will quickly propel you beyond the wind speed, again putting you into crouch territory.

Bring on the maths

V, your speed relative to the air, is reliant on the wind speed. In a tailwind this will be lower than your road speed. That variable is squared, which means that if there’s a small tailwind, there’s a proportionally larger drop in the aerodynamic drag you experience. It’s the same principle that means it’s easier to push your speed up from 25 to 30kmh than from 40 to 45kmh. ‘Let’s say you’re travelling at 30kmh with a 9kmh tailwind,’ says Jermy. ‘You then have a 21kmh wind speed against you – that’s the difference between the two. The net effect of the wind would be proportional to 21 squared – ie 441 – rather than 30kmh (your actual speed) squared – ie 900. So that would halve the drag in a relatively small wind.’

If you’re sitting in a mild tailwind, then, you’re enjoying a disproportionately large decrease in aerodynamic resistance, while other factors affecting your speed, such as rolling resistance or gravity, remain the same. The upshot is that sitting up in a tailwind will bring more advantages than you might first realise, but still not enough to choose it over crouching low over your bars – until you take biomechanics into account, that is.

Basic rules of biomechanics tell us that a more relaxed upper body means that more power can be delivered because your chest is less constricted and more air can be taken into your lungs. Aerodynamicists often talk about a tipping point where the gains of aerodynamics in a crouch position are less than the sacrifices in power made from a biomechanic point of view. In a tailwind, this tipping point shifts towards power over body position.

With that in mind, it makes sense to sit up a bit and take in more air, just as you would when drafting. Jermy explains, ‘If you’re experiencing this much less drag, you don’t need to be in such an aero position. You can sit up and still go at the same speed.’ Cobb also emphasises that comfort and power can be more important factors in a tailwind: ‘If you’re not completely comfortable in a crouch and power tests suggest you can consistently put out 10 more watts in a relaxed position, then if you’ve got a good enough tailwind you can lose the aero gain of a low position and not hurt your speed.’

Getting clever in crosswinds

There’s one other point for consideration – a tailwind is rarely a tailwind, so to speak. ‘The odds of it being a straight-up tailwind aren’t very good,’ says Cobb. ‘It’s nearly always a slight crosswind, so you want to use features that can shield you, such as bridges and guard rails. Even though the wind is coming from behind, you can still make it more valuable by blocking forces that could interfere with your smooth aerodynamic profile.’

That idea of interference gives way to one other strategy in tailwinds, one that delves into the black arts of aerodynamics – drafting off the person behind. ‘If you’ve got a tailwind and you’ve got three or four riders behind, you get the drafting advantages because they’re blocking wind from behind you,’ Cobb explains. ‘It puts you in more of a low-pressure area, so you can move faster or at the same speed for less effort. Everybody thinks drafting only works with a headwind or crosswind but it still works for a cross-tailwind if you use it to block interference, and make the air straighten off your body faster.’ So don’t be shirking your turns on the front if you want a cheeky advantage 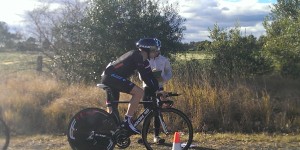