Posted on September 23, 2017 by Cyclist Australia/NZ

A fitting finale to Australia’s most iconic mountain bike stage race. From the working farm of Wetherby Station to the salt-swept town of Port Douglas., the overall classification was anything but certain.

The final 30km of the week, a wild downhill ride from Wetherby Station down to Port Douglas and Four Mile Beach. The only thing about the ‘downhill’ part is that 400m of climbing would still be involved. It seems that even going when going down at this race, you’re always going a little bit up.

Back to the race at hand and the two Canadians, while the best of mates, were not simply going to hand the other a stage or general classification win. With barely a minute between the two – after over 26 hours of racing – both would have to give the absolute maximum to hold onto the lead or snatch it away.

In continuing the theme for the week, the final stage would be later than usual, albeit inline with the race book. The first rider would set off from Wetherby Station at 10am, followed by the next at 30 seconds until the final 20 on GC who would be gifted a one minute gap. More importantly, it meant getting to set the alarm a touch later than usual, a rare treat for a final day.

Oh, I should have also mentioned that today’s 30km roller coaster to Port Douglas – the first real piece of normal civilisation seen for the week – would be an individual time trial with a reverse style grid. The start order would be determined by position on GC, i.e, the top-ranked rider Leandre Bouchard would be the final rider to roll down the cattle ramp.

The stage profile, flat with a steep downward turn towards the back half, while accurate, would not reflect the actual terrain. We knew this. We had ridden the course in both directions on two separate occasions and yet there was still a small part that believed it would be a quick blast through the forest and onto the beach. Again, we should have listened to those who have been here before.

The real talking point for the day was the Bump Track and just how steep, fast, loose and water bar-littered it would be compared to previous years. ‘You’ll come down smelling burning brakes from the riders in front of you,’ chuckled a multiple-time Croc finisher. ‘You won’t smell your own, that’ll be the rider behind’.

The stage can really be broken up into three sections. The first would feature more than enough rolling and short pinches to get the heart-rate skyward while the second would test skills under pressure. The final section, was safely at sea level, would be about simply holding onto whatever speed, power or heart rate one could manage. Making it to here meant you were more or less home free. Just wiggle through the back streets of Port Douglas, surf onto the sand and throw out the sail for the tailwind ride along Four Mile Beach.

Note: The Bump Track was certainly just as told, if not a little hairier than expected. Take too many risks and it’s easy to see how one could find themselves in a bit of strife. Thankfully, everyone who made the turn – a couple of riders managed to steer themselves off course – found themselves at the bottom safely. While Stage 2 left many riders stranded or lost due to inadequate signage, there was no such excuse today. Well, perhaps just 30-odd hours spent in the Queensland sun. Thats probably enough to cook most people’s brains.

Lost riders aside, the overall leader remained unchanged from Stage 1. Andrew L’Esperance showed once again that he wasn’t here for just a Aussie holiday by taking the stage win but Bouchard did more than enough to retain the Croc jersey, trailing a handful of seconds behind his compatriot. Third place overall (elite category) at the start of the day, Hiroyuki Okamoto was unfortunately one of the riders to take a wrong turn and lost his spot to Ben May, who rode with real grit throughout the week to earn his fifth-place overall.

The list of performances could continue but making it to Port Douglas is really a huge achievement in itself. To negotiate all of the challenges thrown up across the eight days and make it to the finish line deserves a serious high-five.

As Erik Dekker said at the finish shortly before the podium presentation, ‘there are just so many stories from the week. Sure, it’s great for friends and family to see certain results but beyond that, it’s not so important. Everyone has a story to tell’.

Everyone loves a good result but in a week, month or even year from now, it won’t be that top-ten you got on Stage 3 that stands out. It’ll be that one time when… 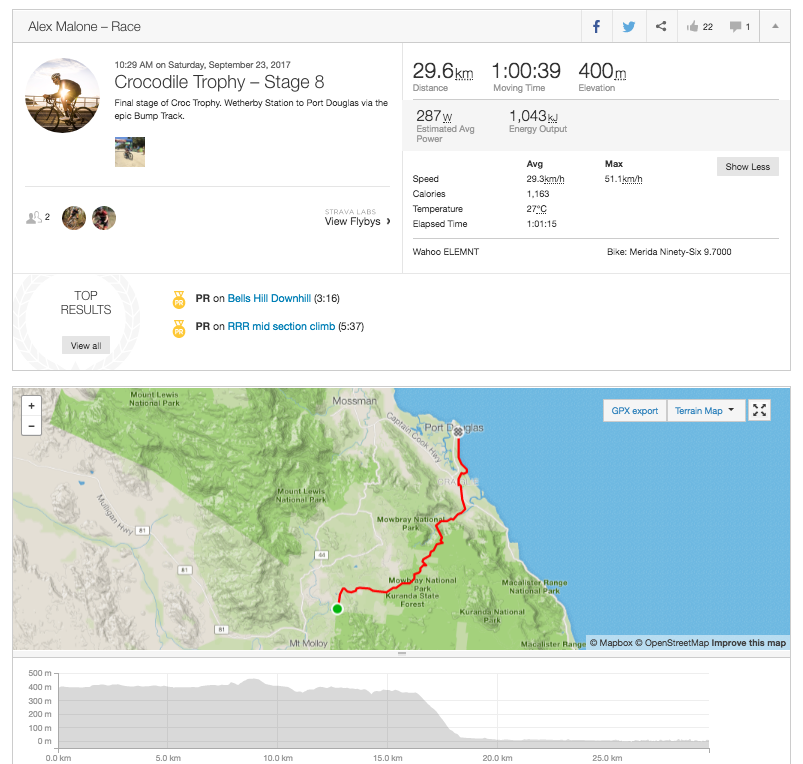 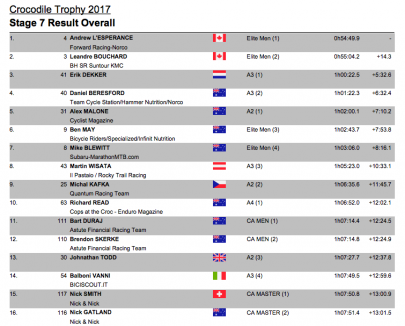 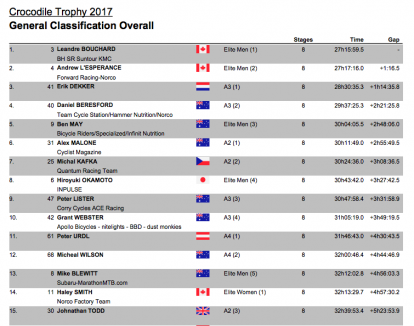 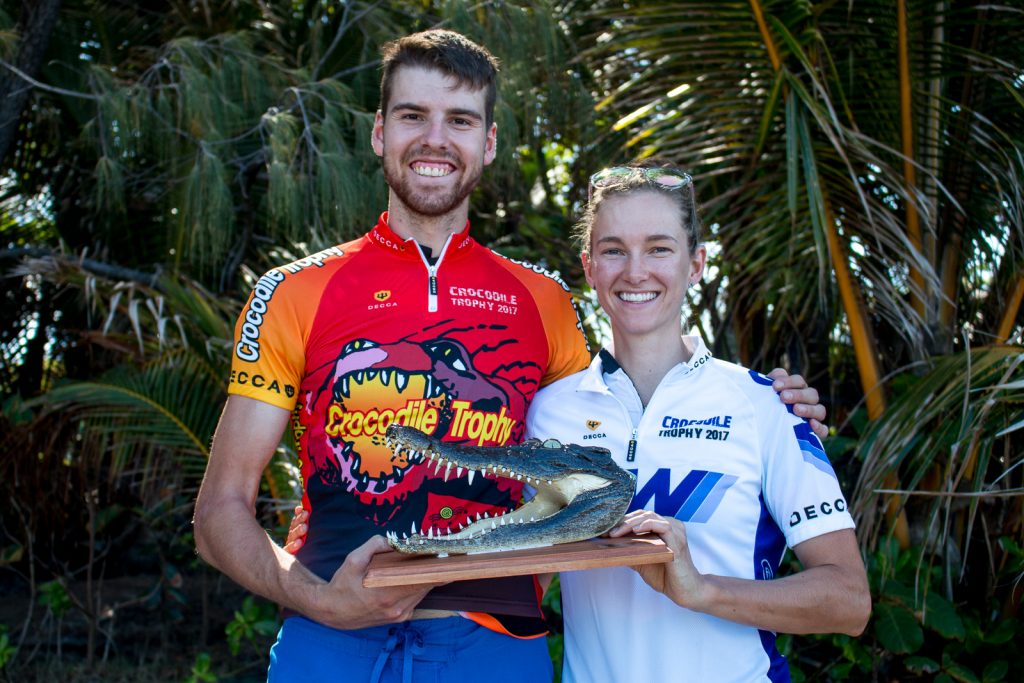 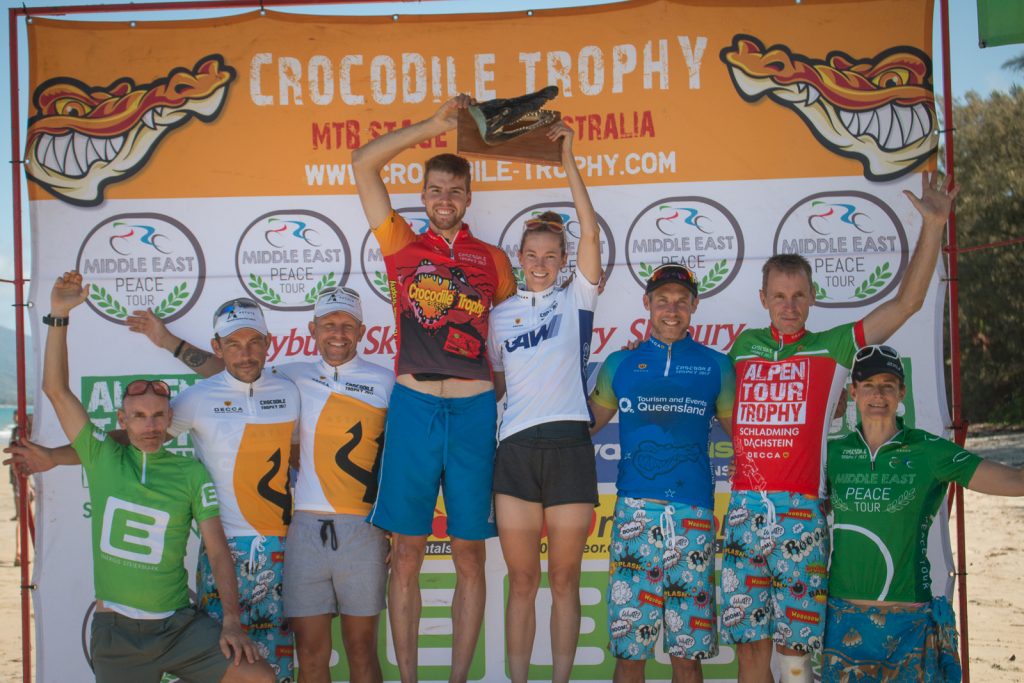 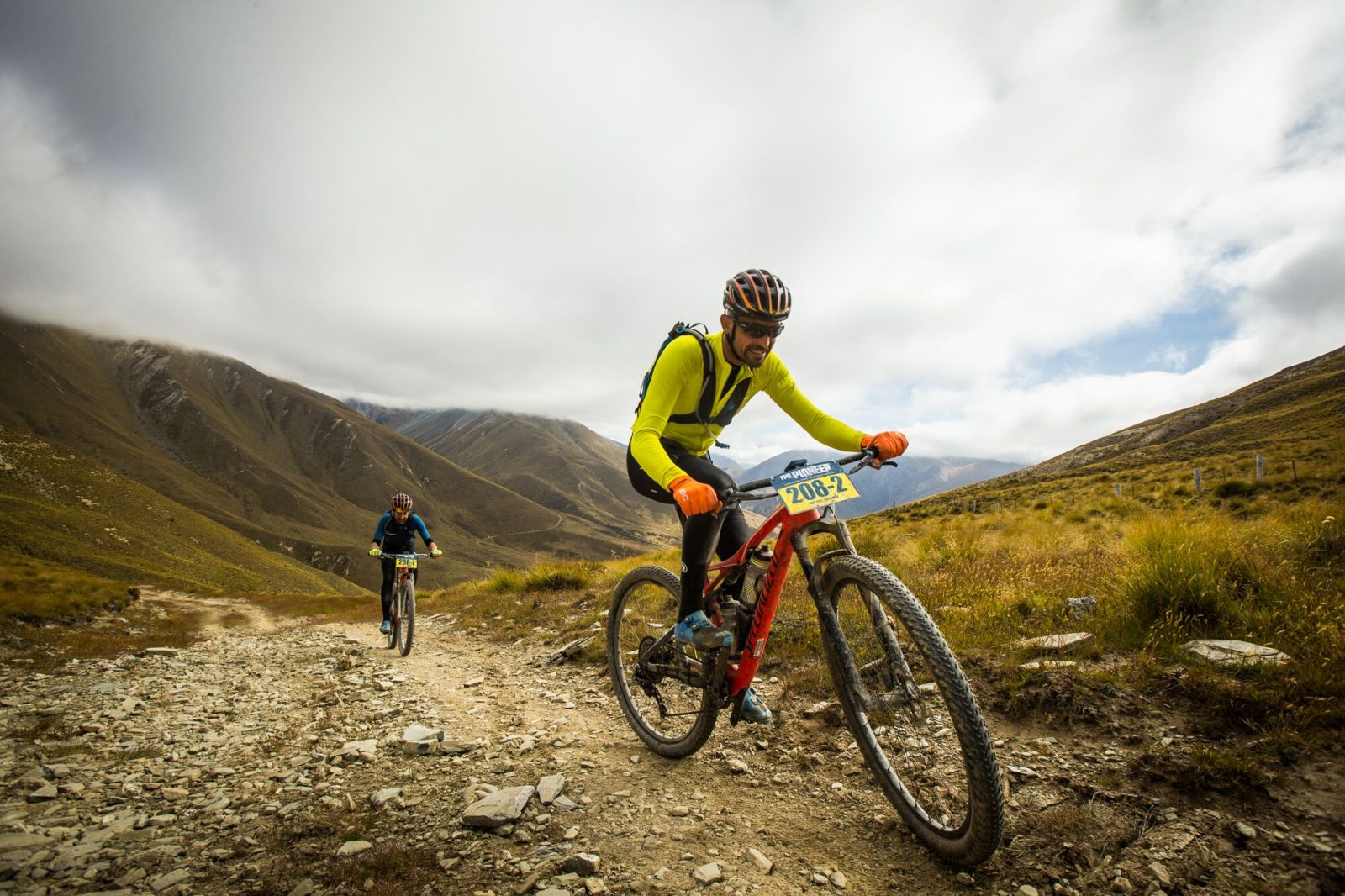 After 4 days of relentless racing across some stunning, challenging and enduring countrysi...