The Wondecla Queen Stage promised to push Crocodile Trophy racers to their absolute limit and the marathon delivered a day worthy of its title. Featuring some of Atherton Forest Mountain Bike Park’s most gruelling climbs and thrilling descents, the epic route had a little of everything, and then a little more.

Last night things got serious during the pre-Queen stage briefing. Bren Skerke, the man simultaneously praised and cursed during various points each day, gave us the run down. Today’s Queen stage would be a tough one. ‘Expect the unexpected’, he said after a thorough run-down of what to expect.

The bunch would roll out of Wondecla and head along the Powerline Track in a reverse direction to yesterday, then onto a bit of climbing towards Atherton, rip around the bike park for 20-odd kilometres and tackle some ups and downs more technical in nature than we’d ridden thus far. It would be a long day for everyone but for those feeling not quite up to the task, there would be a shorter 50-ish kilometre option. This is the Crocodile Trophy, not a round of the UCI World Cup. Folks are here for a holiday and that’s totally acceptable.

Coming in across the finish line resplendent in the Croc leader’s jersey was Alan Gordon who captured the stage win and extended his overall lead over Michael England to nearly six minutes. Two-time stage winner Bart Classens (who is actually looking for a Pioneer partner, if you know anyone?), trailed in a few minutes down with Brandan Marquez Fernandez and England not far behind.

Bram Saeys put in another strong ride to finish fifth while Stijn Van Boxtael just lost touch of the charging Belgian in the final kilometres. I came in another six minutes or so later and some 39 minutes behind the day’s winner. That was one serious stage.

As predicted, the top-20 riders were spread out over two hours while Angelika Tazreiter blazed her way into 11th overall on the general classification. With more than half of the 2019 Crocodile Trophy still to ride, that top-10 finish is still looking good.

After battling through the yesterday’s insanely hard finale, today I knew it was necessary to start super easy and try and build later in the day. Well, that plan didn’t eventuate due to the opening hour being so much better in reverse compared to Stage 3. Tricky descents punctuated by steep pinches – which if you carried speed weren’t too bad – meant I wasn’t too far off the leading quartet. I pushed on enough to keep them within a minute or so for the opening hour. I felt good and knew that some of the riders behind wouldn’t have enjoyed it as much as myself.

Back on the wider roads (and climbs), Van Boxtael and Saeys eventually caught up and despite my original plan, decided to follow their pace. The three of us rode a great tempo together until hitting the Atherton bike part where I decided to give it a little more gas. We must have spent close to two hours riding up and down trails like Highway to Heaven and Trail 16 where my singletrack ability allowed me a bit of breathing space over the Belgians.

Sadly, the wider trails after Atherton meant the speedy climbers would catch me and I then decided to keep my own pace – instead of trying to match them. Alone for the final 50km was actually more enjoyable than expected with crazy descents littering the time spent through the Herberton Range State Forrest.

It was only once into the Herberton Conservation Park where I really started to slow down but with so many feed zones out on course, it was probably only a slight lack in nutrition (read; snacks) that let me down in the last hour. Of course, I got to the finish to find an extra gel materialise from my jersey pocket. I should have stashed it in the Cuore Pioneer bib short compartment before roll out! 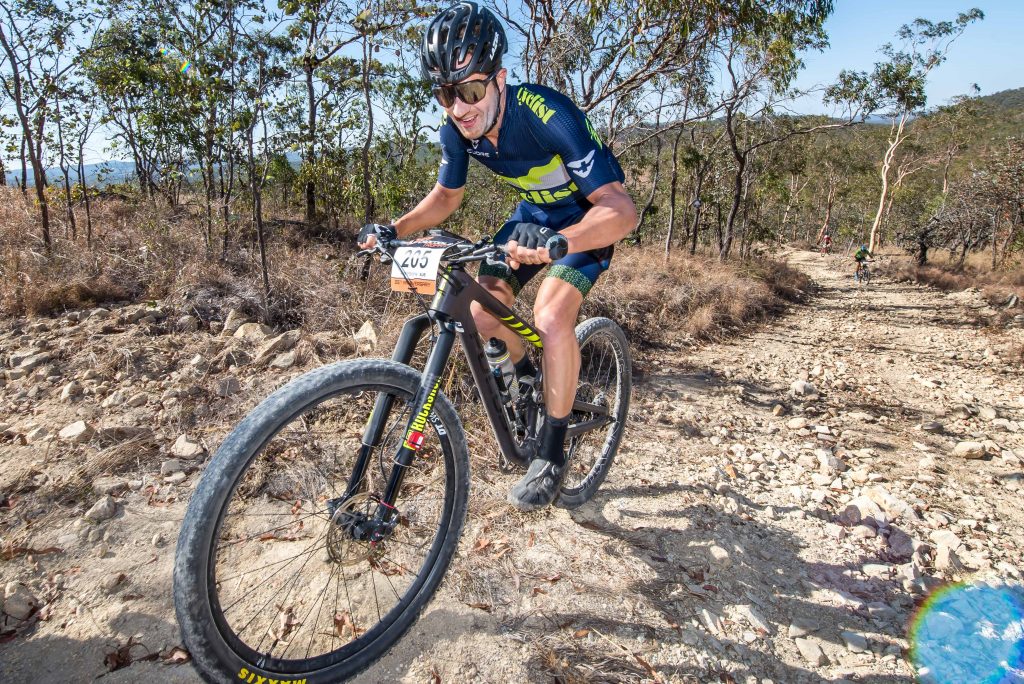 Above: That white gear on my face isn’t salt, it’s sports zinc cream. Getting sunburnt out here is bad news if you want to get a good night’s sleep. You’ll also wake up the next day totally cooked. I’d recommend trying a few over summer to see what works best for you but this one doesn’t feel like you’re wrapped in plastic. It still allows the skin to breathe.

Tomorrow we depart Wondecla bound for Skybury. Woo hoo! Skybury probably isn’t somewhere most have visited, unless at the Croc, but it’s about a good a campsite as one could imagine. The main reason is the coffee plantation has a cafe connected to it which also kindly hosts the Croc crew on each occasion. This year we’re spending two nights which basically mean consuming as many milkshakes as possible.

Back to the stage.

Stage 5 is the longest yet, despite what we conquered today. At 125km the stage is basically a day of two halves. The first contains most of the climbing, there’s around 1,700m in total for the day with the final 50-odd being run along flatter and more exposed terrain. I’m not sure exactly what to expect but in terms of ride time, my guess is easily five hours. Fingers cross for a little southerly breeze to blow us along the Seawater Channel all the way to Skybury.

Angelika Tazreiter (KTM MTB Factory Team) has been crushing it everyday. The 2017 and 2019 Austrian marathon champion might be the only female competing in the elite category but in similar style to Hayley Smith – who won in 2017 – the only position that matters is the final classification.

Tazreiter is currently just outside the top-ten overall which is impressive to say the least but you only need to delve a little further to see this isn’t overly surprising.

“I was at the UCI Road World Championships this year which is a bit unique because my other teammates don’t ride on the road,” said the 32-year-old after crushing today’s Queen Stage.

Her ability to navigate what is sometimes a pretty hectic Croc bunch is no doubt closely connected to her skills on the road. Her results on the road also include third-place and second-place at the 2018 and 2019 Austrian National Road Championships respectively.

“I don’t spend much time on the road but it’s nice to be able to race with the national team when I get the opportunity.

A first-timer to Australia, the full-time worker has set aside a few extra days before she heads home – and the off-season begins.

“Once I get back I will probably start running a little bit because the temperature can really drop in the mornings and then, once the snow arrives, I’ll be on the cross country skis,” she added. 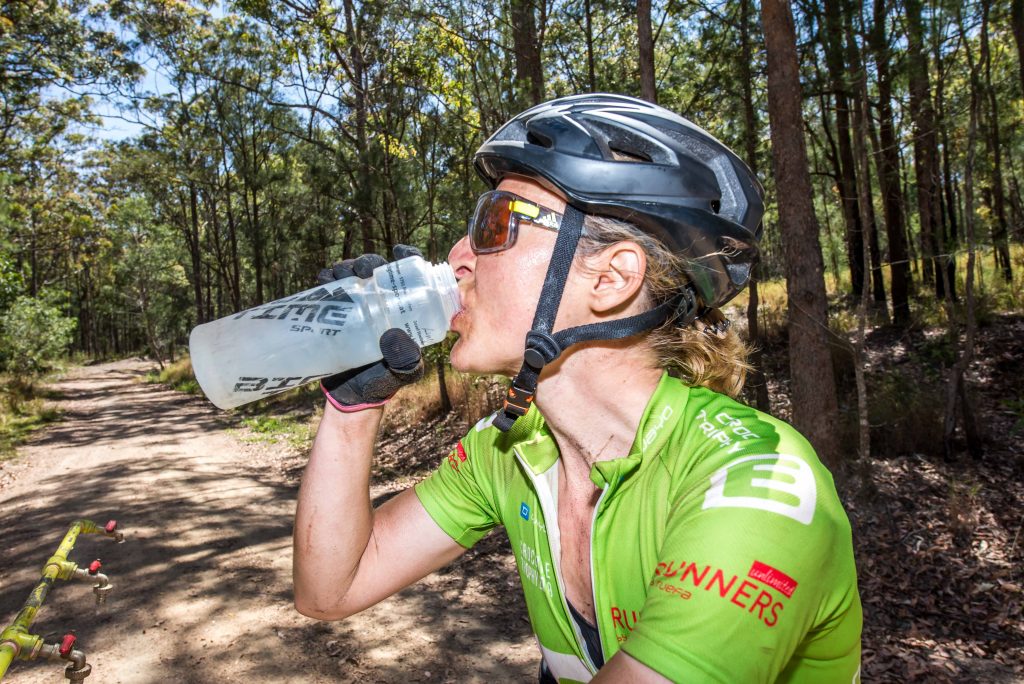 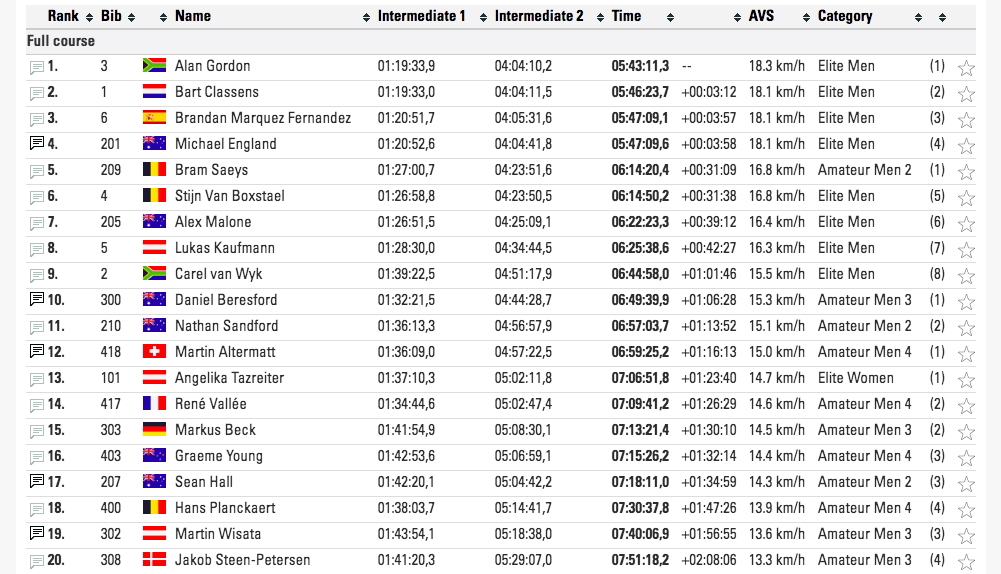 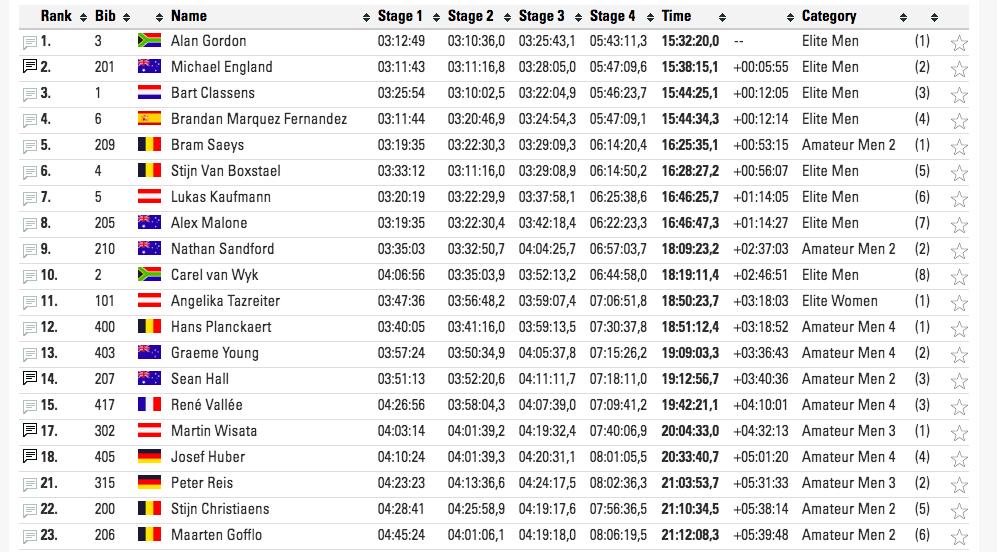 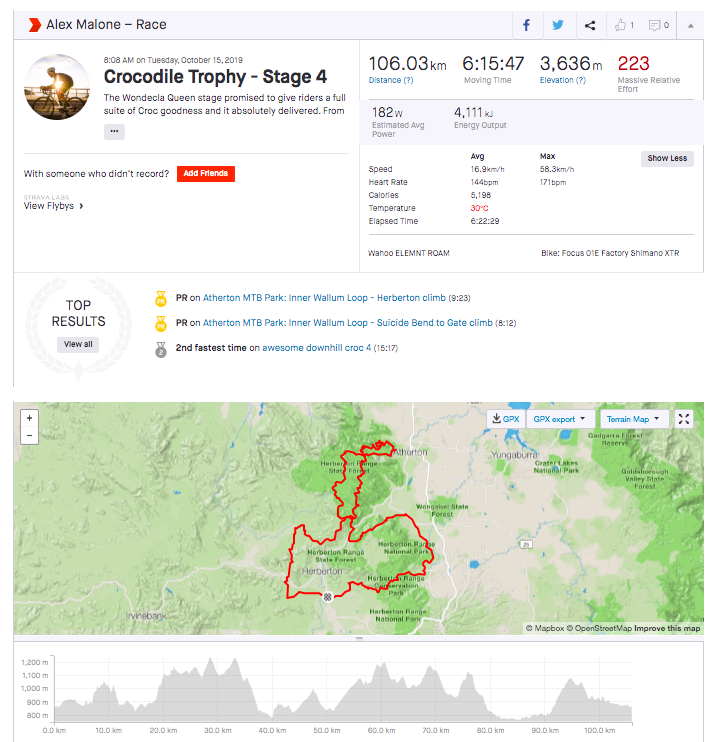 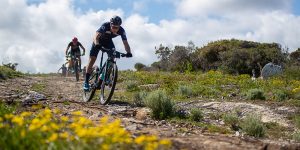 Leeuwin Estate welcomed two new stage winners to its winery at the end of Stage 2 at Cape ...