Posted on August 7, 2015 by Cyclist Australia/NZ

Everyone wants to sleep like a baby, but exactly how important is it to performance on the bike? Cyclist delves into the science of sleep to find out what is happening to your body, and how to get the best rest possible

In 1951, 66-year old Gustaf Håkansson became a celebrity in Sweden when he won a bike race covering the length of the country. Pedalling 1,000 miles in six days, the man nicknamed ‘The Steel Grandfather’ surprised everybody when he crossed the line more than a day ahead of his younger, fitter rivals. His winning strategy was simple: while others slept, he rode.

Today, athletes complete ultramarathons and multi-day events surviving only on naps. And many of us get by on less sleep than intended, opting to cram in more work, partying or Facebook instead. Yet in 2010 British Cycling and Team Sky hired a sleep coach to help their athletes in the run up to the Tour de France and Olympics. It appears cycling is slowly waking up to the idea that shuteye might be the best natural drug for improved performance.

Most of us have probably never given much thought to what happens when we close our eyes and drift off. ‘Prior to sleep a hormone called melatonin is released that causes the body’s temperature to decrease, leading to a lower heart rate, breathing rate and metabolic rate,’ says Luke Gupta, a physiologist with the English Institute of Sport carrying out research into the impact of sleep on performance. This causes the body to cycle through two different electrophysiological states: rapid eye movement sleep (REM), and non-REM sleep. But as it turns out, what most of us consider as a period of physical and mental shutdown is actually one of the busiest times of the day.

First, the body drifts into the drowsy, relaxed state of non-REM Stage 1, Gupta says. From there, it cycles through increasingly deeper stages of slow brainwave, non-REM sleep until, about 70 minutes after turning the lights out, we experience the first of several brief periods of vivid dreaming during REM sleep. And while we switch off, our cells and muscles get cracking on fundamental housekeeping duties in a race to rejuvenate before being disturbed by the morning alarm clock.

In the brain, neurons that fire furiously throughout the day now pump out antioxidants to mop up poisons churned out during waking moments. And the surrounding glial cells catch up on all the waste-disposal activities they didn’t have room for during daylight hours.

Meanwhile, the pituitary gland releases pulses of hormones in response to the internal body clock. ‘During the latter stages of non-REM sleep, a load of anabolic hormones are released, which has led some to suggest cellular growth and muscle repair take place during sleep,’ says Gupta. This includes human growth hormone, which peaks during deep slumber and is used for artificial doping precisely because of its performance benefits.

So this means a good night’s sleep is top of every athlete’s agenda, right? In fact, the evidence is surprising. In 2012 a study of 46 Olympic athletes showed that professionals from a range of sports actually get less sleep than their non-athletic counterparts. Despite spending longer in bed, athletes took longer to fall asleep and had more disrupted rest. The evidence suggests professional cyclists regularly get less than seven hours sleep a night – a score on which men fare particularly badly compared to women.

‘Elite athletes are fitting in training, recovery and other commitments such as media appearances. Day-to-day stuff like emails or keeping up with friends can often slip into the evening,’ says Dr Len Parker Simpson, an EIS physiologist. ‘Athletes can often be on their computers or phones late at night.’ Add in the distractions of continual travel, jet lag and having to adjust to a different bed every night, and it seems the life of a pro cyclist is far from conducive to sleeping like a baby.

The rest of us fit in training alongside work or family commitments. ‘If you’re forced to train late at night, that doesn’t help sleep,’ says Parker Simpson. As well as pumping your body full of adrenaline, training can cause a general level of exercise soreness that can stop you settling.

To check up on its athletes, British Cycling monitors sleep subjectively. ‘We ask the cyclists to self-report on how many hours of sleep they’ve had, and its perceived quality,’ says Parker Simpson. This is recorded through either the EIS’s in-house app or commercial software such as Training Peaks so the physiologists can access the data. ‘But actually measuring sleep quality and quantity would only come about if there was a sleep-related issue,’ he says.

In fact, attempts to quantify how damaging lack of sleep might be are rare in cyclists, because of the difficulty of getting riders to participate in sleep studies and the complexity of the sleep process. One of the few projects to try, an Australian Institute of Sport study looking at 21 cyclists racing the three-day Tour of Canberra, found no link between the cyclists’ finishing position and the amount of sleep they got in the days before the race. Instead, researchers draw on their knowledge of the way the body works and evidence from other sports to suggest sleep deprivation has an impact on cycling performance.

‘If sleep becomes disturbed, stress hormones such as cortisol will be released and the body’s ability to resynthesise muscle glycogen may also be impaired,’ says Gupta. Some studies have suggested sleep loss can cause as much as a 40 per cent reduction in glucose metabolism, which is vital for performance. ‘Regular poor sleep can also increase an athlete’s risk of becoming ill, because it causes a low level of systemic inflammation through the release
of pro-inflammatory cytokines,’ he adds.

In 2011, Mah – together with fellow researcher Dr William Dement – reported one of the starkest demonstrations of how beneficial sleep might be in
a study of Stanford University varsity basketball players. They showed that extending sleep time by around two hours a night resulted in drastic improvement in shooting accuracy and running speed. ‘Their athletic performance improved beyond their personal best,’ says Dement.

But perhaps the most powerful discovery was that the athletes weren’t aware they were sleep-deprived,  which is something that extends to lots of us. ‘Most people, if they feel tired and sleepy in the afternoon, blame it on lunch,’ says Dement. ‘But long ago we did a study showing there was no difference whether you ate nothing or had a heavy meal.’ As it transpires, that all-too-familiar post-lunch lethargy is simply a sign you’re not getting enough sleep.

Defining what constitutes ‘enough’ is difficult. ‘Your ideal sleep time is however much you require to feel wide awake all day long,’ says Dement. ‘It’s not one-size-fits-all.’

While Roger Federer has said he can’t survive on much less than 12 hours a night, Tiger Woods gets only around four or five. ‘Generally we sleep between seven and nine hours per night, but this can be influenced by age, gender or personality traits,’ says Gupta. ‘Biologically, individuals have been shown to be short or long sleepers, and the human chronotype – whether individuals are morning or evening people – will also affect things.’

According to sleep coach Nick Littlehales, the biggest problem for most people is how randomly they approach sleeping, meaning their bodies can’t get into a rhythm of recovery. ‘The key thing is to put some structure to the sleep-wake cycle,’ he says.

Littlehales, based in Nottingham, has been a sleep coach for over 15 years, and in early 2010 began working with British Cycling and Team Sky. He’s responsible for developing the ‘bed-in-a-bag’ portable sleep kit used at the Olympics and carried by soigneurs from hotel to hotel during Grand Tours. His best advice is that sleep should be timed to the 90-minute periods of REM and non-REM that make up the body’s natural cycle.

This means finding a constant wake time – ideally between 6am and 8am – that can be fixed in the internal body clock, and then working back in multiples of 90 minutes. In practice, waking at 6.30am means going to sleep at 9.30pm, 11pm, 12.30am or 2am – but not times in between. ‘Through the season, you can use six, five, four or three sleep cycles and apply these as required to stay in harmony with the pattern – don’t just do it randomly,’ Littlehales says. ‘It provides flexibility, but with confidence and control.’ And if you’re struggling to get enough sleep overnight, take a nap. This has been proven to improve alertness and performance for several hours afterwards.

‘There are two other natural sleeping periods in the 24-hour clock: between 1pm and 3pm, and between 5pm and 7pm,’ he adds. ‘Taking the opportunity to get a controlled 30-minute kip during these times – even sitting on a chair or a park bench – really does help.’

In the extreme, some famously successful individuals including Winston Churchill and Thomas Edison are credited with resorting to ‘polyphasic’ sleep patterns, which involves multiple, shorter sleeps spread out over 24 hours. And this technique is also picked by participants of extreme cycling events, including Richard Beaumont, who completed a gruelling 1,280km Extreme-Enduro road race around Lake Taupo in New Zealand in 2010. ‘We slept three times over the 70-hour race, with a total of about six hours of sleep,’ he says. ‘Mentally it was up and down, but I don’t think lack of sleep had a massive impact.’

What happens if, despite your best intentions, you simply can’t sleep in the run-up to an event? It seems it’s not a major problem as long as it’s only one bad night. Maximum anaerobic power appears to remain unaffected even after around 30 hours awake, and the body’s endurance capacity is also minimally affected.

‘Quite regularly, athletes go to major competitions and are nervous,’ says Parker Simpson. ‘As a one-off, or even for two or three nights in a row, lack of sleep seems to have very little bearing.’

Those who struggle to sleep the night before a big race might be better off staying awake. ‘The pressure can be so great that it might be counterproductive to try,’ Littlehales says. ‘Sometimes an athlete is better following a different routine, not attempting to sleep, and instead using that period positively to attack the event the following day.’

Others advise trying to get a full night’s sleep, particularly before events that involve lots of tactical decisions or multiple stages. ‘Without sleep, an athlete’s ability to react, focus, remain motivated and regulate emotions during a long race will most likely become impaired,’ says Gupta.

The good news is it’s possible to catch up on missed sleep. ‘Lost sleep accumulates like a debt, which you can pay back,’ says Dement. This is because subsequent nights become more intense, with heightened delta wave activity characteristic of the deeper stages of non-REM sleep – so you don’t even have to sleep for as long to make up missed hours. There is even some evidence that ‘sleep banking’, or extending sleep ahead of time, might be able to protect the body against tiredness.

A whole industry has built up around ‘sleep hygiene’ and improving the bedroom environment in order to improve sleep quality, but the biggest change for most people is simply understanding how sleep works, and the importance of sleep for overall health and performance.

‘A lot of cyclists believe more is better when it comes to training,’ says Parker Simpson. ‘But training well combined with quality sleep is better than simply training more.’

Tips for a good night sleep 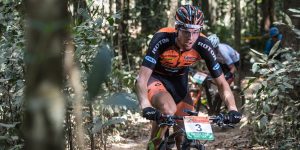