Freed from the menace of mechanicals that plagued them on Stage 1 , Thomas and Richie settled in for a day of ‘real mountain biking’ around the trail network of Killingworth, close to Port Macquarie. With little bit of singletrack on the agenda it was time to test the skills.

Let’s start by setting one thing straight: skill-wise, I’m not the strongest mountain biker out on the Port to Port course this year. Taking off from the start line my head was full of questions about how I’d handle the 40km of singletrack we would face today. The opening kilometres served to underline the point I’ve just made, yet with the patient support of my teammate Thomas, the day quickly developed into one of the best I’ve had on the bike.

Course organisers had linked up a series of singletrack sections that would have left Mr Squiggle scratching his head. The twisty stuff started minutes after the starting hooter and ironically the only downside of this was the first 15km proved to be mostly uphill. Still, it assisted in warming up the engine as I started the process of picking the lines of least resistance.

The big spike on the course profile passed without too much worry and by the halfway point the bulk of the climbing was done – signalling the time to refuel and push on to the finish. Snaking through, up and over the final sections of the course, we had found ourselves in lockstep with a group of 10 or so who matched our pace. Now riding as a semi-cohesive unit and with little more to do than follows the wheels, I had time to notice how much fun I’d had all day – and was still having! The anxiety of the start line now a distant memory as things started to flow.

One of the best pieces of advice we received prior to Port to Port was “race it as a team… It’s way more fun”. It’s proved prophetic. Weaving variously through paperbarks, gums and burnt out cars, my confidence had quickly grown in just a few short hours. Thomas and I hit our groove and took various turns leading one another through curve after curve of glorious, if extremely dusty, trails.

If you’re thinking about coming to Port to Port next year (you should), bring a mate. You’ll thank each other for it. 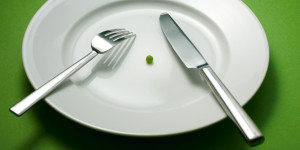 Fasting before riding is a training secret of the pros – so should we all be racking...