The final stage of the Crocodile Trophy would take riders from the sea and up into the rainforest before a thrilling reward down the infamous Bump Track at Port Douglas.

After 8 stages and more than 29 hours of racing, South Africa’s Alan Gordon (Insect Science) has captured the overall victory at the 2019 Crocodile Trophy. Angelika Tazreiter (KTM MTB Factory Team) may have been the sole elite female at this year’s race but the Austrian put it on the line every day to finish in 11th position outright. 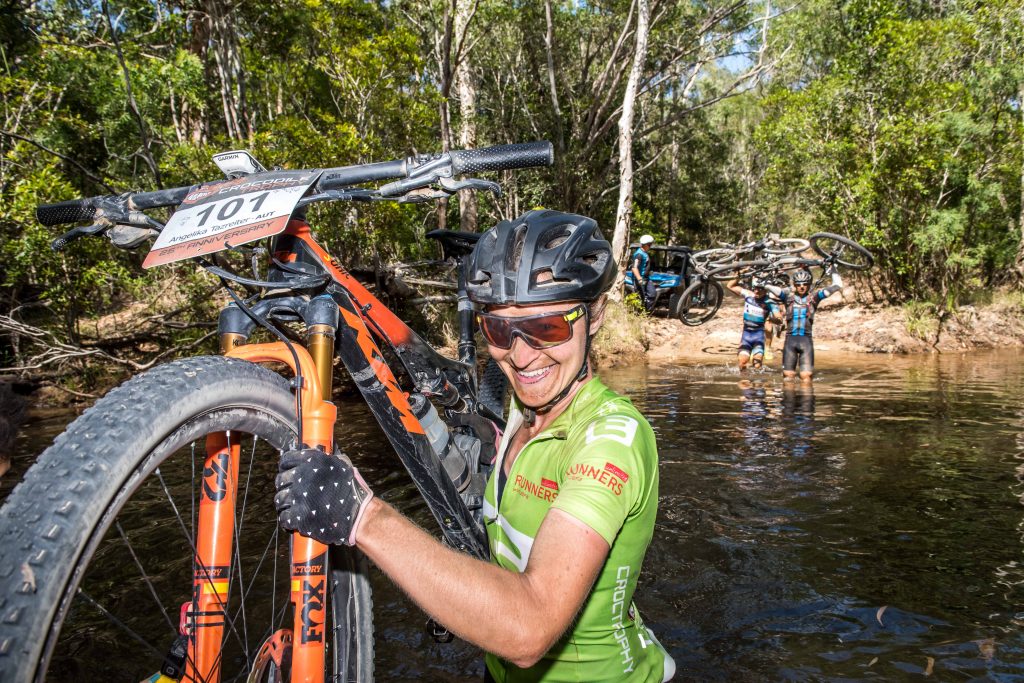 Rounding out the men’s podium in second place is former race leader and local man Michael England with Spain’s Brandan Marquez Fernandez taking third with an extremely consistent week. Just falling short of the podium was The Netherlands’ Bart Classens who despite ripping up the opening climb, nailing the Twin Bridges trail and scorching down the Bump Track, suffered a mid-stage puncture and saw his podium place hiss away.

The Dutchman Classens can still be happy with his week’s performance having taken four stage wins and after a little downtime Down Under, may head across to New Zealand for The Pioneer – if he can find a suitable local partner. 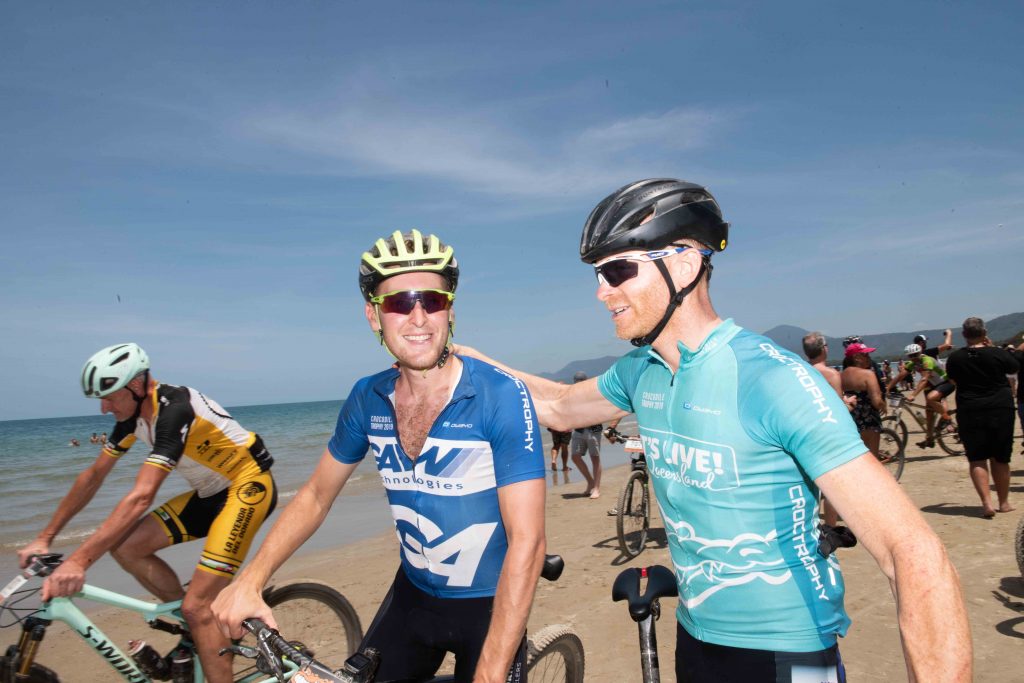 After feeling the pinch of close to 2,000 TSS points (TSS explainer) for the week and running out of juice yesterday, today was always going to be a relatively calm one. My position in the overall classification was solidified on Stage 6 and again on Stage 7 when Bram Saeys took a few more minutes and my gap to Lukas Kauffman remained around 15 minutes.

Three days on the attack had also taken a toll and after waking up this morning excited but very much cooked, I knew even if I wanted to go all-out, there was little chance of it delivering a result.

Today’s start line was positioned at the base of the 7km Quaid Road Climb and with gradients tipping above 10% at times, I decided to find a nice rhythm and not go too into the red. To put it in perspective as to just how fast Gordon was travelling today, he took nearly four minutes out of me in the climb alone while Classens took more than three.

Over the top of the climb and it was quickly into the Twin Bridges trail – which we rode reverse in 2017. This part of the stage, with slightly better legs, is the sort of thing I love. Fast and flowing double track with small descents and short climbs. While having decided not to go absolutely all out today, it was easy to get excited along this 18km section ahead of the final descent into Port Douglas.

Before I knew it the course turned back onto the main dirt ridge road and then we shot off down the Bump Track. If you get to Port Douglas with a mountain bike in tow, this wild downhill is definitely something you need to do. Just don’t go letting off the brakes too freely as this descent demands respect. 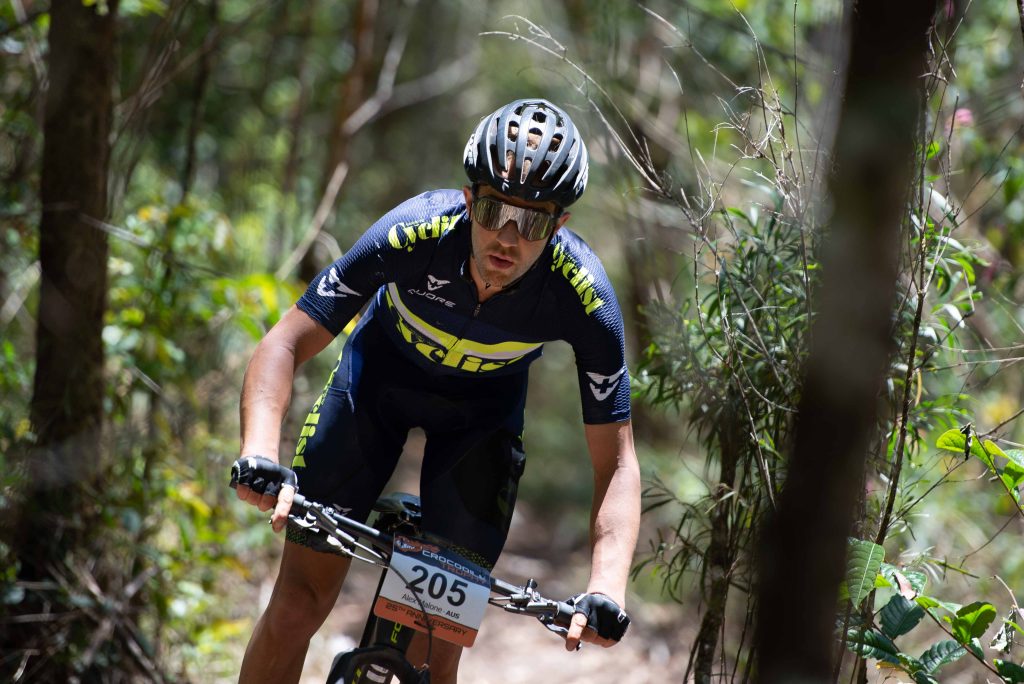 While the majority of the Croc bunch are down at the Esplanade rehydrating post-stage (I’ll be joining them soon), I thought to just leave a couple of final thoughts around my experience at this year’s Crocodile Trophy.

As mentioned following Stage 1, finishing the 2017 edition brought a huge sense of achievement along with ticking off a long-time dream to ride Australia’s most iconic mountain bike stage race. I’d gotten the bug for racing again after finishing the 2017 Pioneer and that year’s Croc seemed like the perfect excuse to keep a good thing rolling.

I had a couple of good stages but also a couple in which I really crumbled. I just hadn’t put enough work in to be physically at the level I like to ride. It meant riding ‘fast’ for a few days and then falling into a heap. The thing about the Croc is that if you have a couple of off days, there’s time to regroup, recover and come good again. It’s a long eight days.

After putting together a piece around the lessons learned and thinking about my experience a little more, I wasn’t sure I necessarily needed to ride the Croc again. There were other races to ride and experiences to gain. 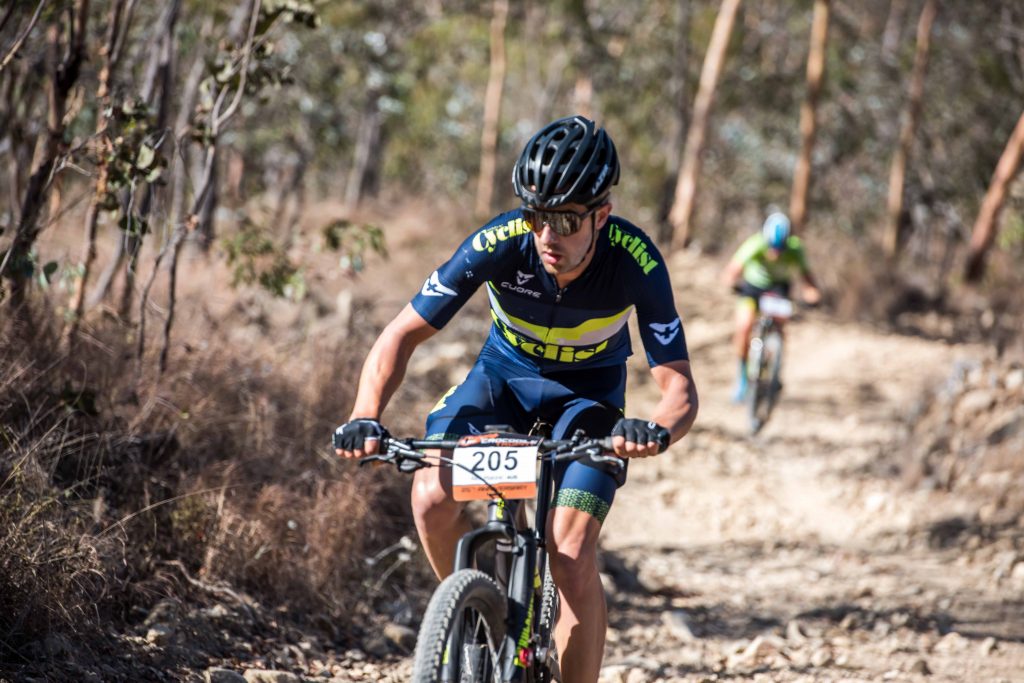 That said, I’ve now finished my second Croc and just hours after crossing the line in Port Douglas, I’m back at Cairns thinking about what year I’ll do it again. While I’ve expressed some things that could be improved, this is just such a bloody cool event which is relatively easy for Aussies to do.

Yes, there’s a number of other stage races which I think are superb for mountain biking in Australia. Reef to Reef (which I haven’t done myself) is up this way and forms part of the Epic Series but for those who really want to test themselves and find new limits, races/events like the Croc are where it’s at. Personally, I enjoy the shorter races too but for an absolute sense of achievement – the final stage of Pioneer last year got me good – there’s nothing quite like crossing the line in Port Douglas.

I’ve just finished riding the longest mountain bike race of my life, in terms of hours and distance and I’m thrilled to have done it with a smile (and the occasional grimace) while being surrounded by a whole bunch of new friends. I’ll be back. 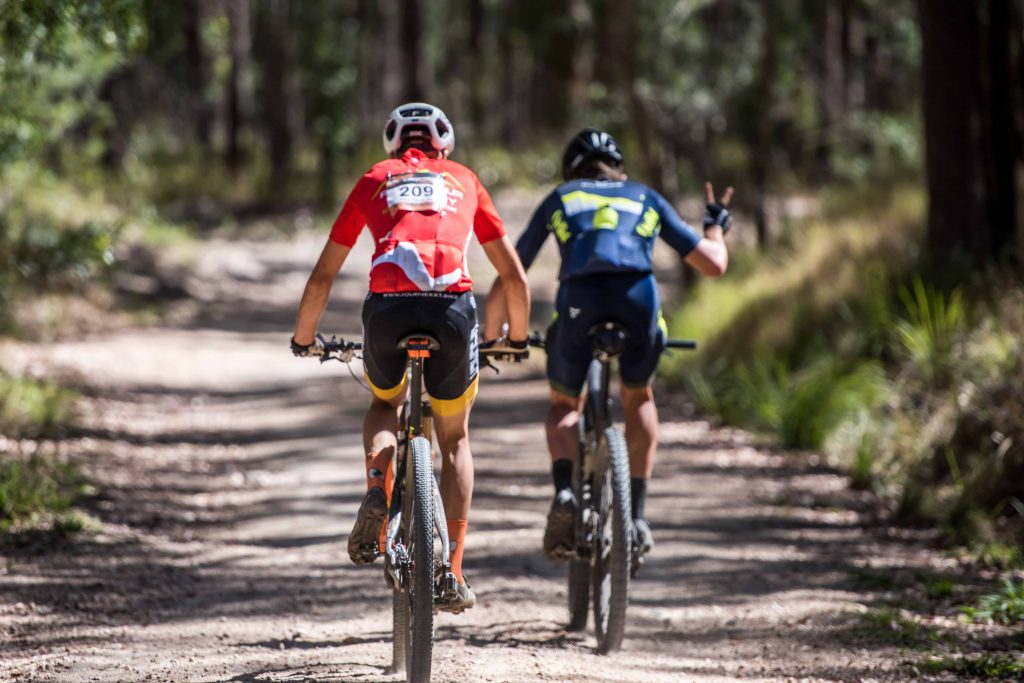 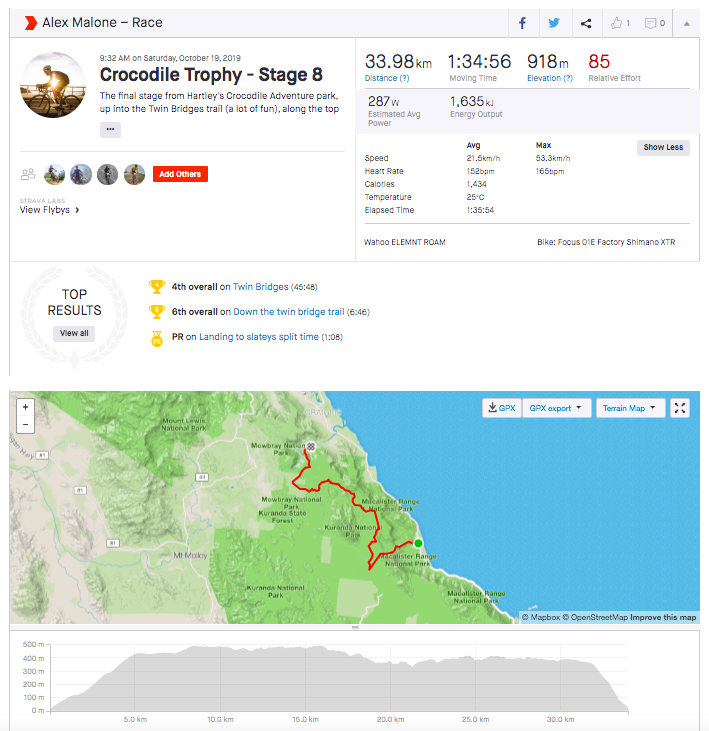 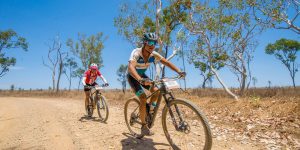