Events like The Pioneer don’t gift riders a finishers medal without truly earning it and the final stage into Queenstown would ensure each rider truly felt like hardened Pioneers. After six days, 430km and more than 15,000m of climbing, we’ve made it.

The final stage of this year’s Pioneer would push the fatigued bunch quite literally to the highest point of the course. Ascending well above the cloud line, the 87km course sent every potential finisher up Mount Michael to an maximum altitude of more than 1,350m.

The final challenge would take the field high above Bannockburn and across to Queenstown for the last stretch into town. In what was the second longest stage of the six-day event (in finishing time and distance), the ride back into Queenstown would also take on more than 2,300m of climbing – all in a little over 86km. On paper, one could assume tougher days but with a flat start and a high-speed, albeit flat cycle trail ride back into town, the climbing would be tackled within an agonisingly short distance. 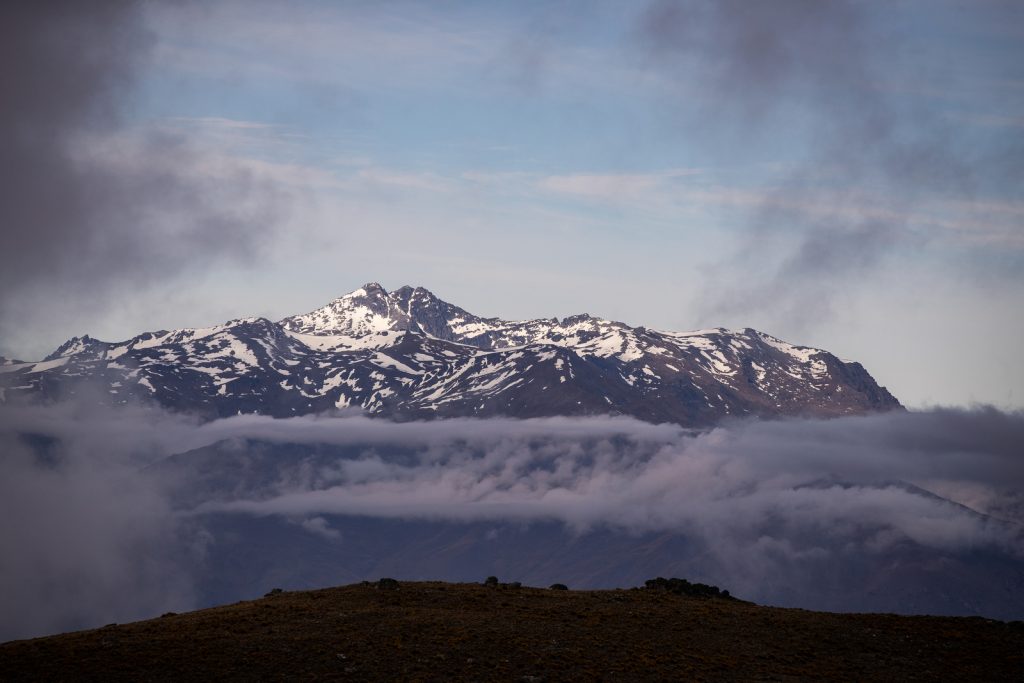 At the finish, after more than 20 hours of racing for the overall winners Tim Rush and Michael Vink (ONYA BIKE) and around 25 hours for the female category winners of Amy Hollamby and Kate McIlroy (Wellington Airport), the 2018 edition of The Pioneer comes to a close but not without a dramatic finish to the mixed pairs race.

Having worked hard to defend their lead all week, defending champions Kate Fluker and Mark Williams (New World) would have to relinquish their red leaders jerseys to JoJoe’s Josie Wilcox and Joe Skerman who would overtake the powerful local squad with a final finishing buffer of over three minutes. In fine Kiwi spirit and showing true sportsmanship, team New World looked genuinely happy for the winners shortly after finishing the stage.

“That is racing, hats off to Josie and Joe, they raced really hard all week, they deserve it and have been charging and been really strong. Some things happen for a reason, a staple through the tyre for me today just said it wasn’t meant to be for us this year. I am happy, we raced well and gave it our all and have just come up a bit short, but we have still had a great time out there,” said Williams.

With medals hanging around their necks, riders fist-bumped, high-fived and hugged each other while chowing down on finishers donuts. The wood fire pizza truck again getting a thorough workout as the last of the riders continued to cross the line late into the afternoon. 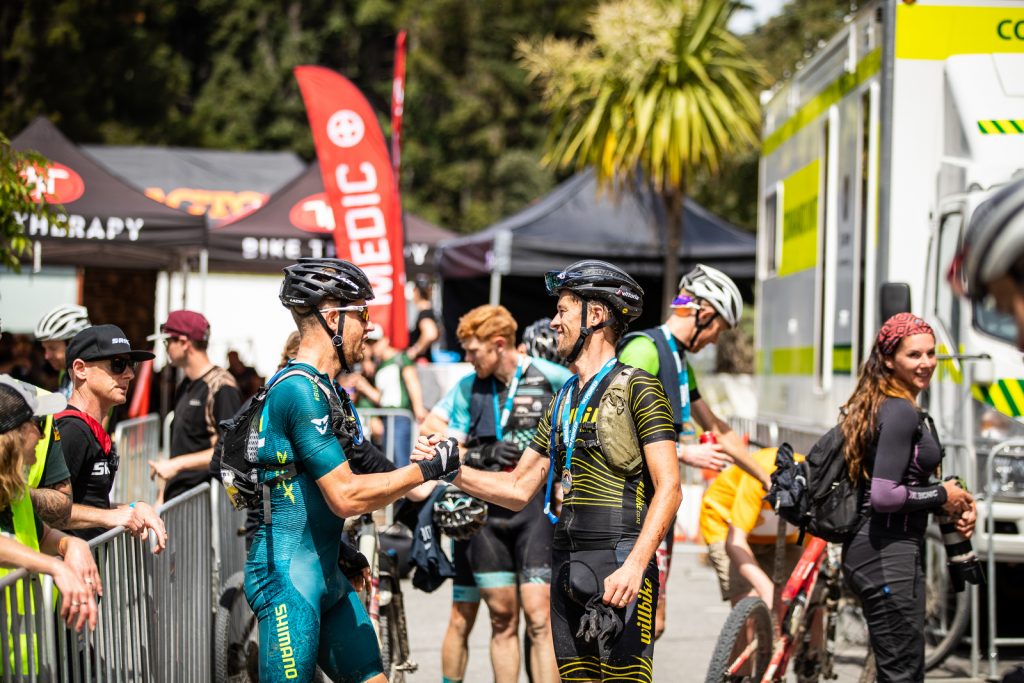 For Team Cyclist, it was a rollercoaster day with our pair struggling to keep pace early on the ascent of Mt Michael. Just days ago, I spoke to other teams about pushing their teammate when required, arguing I would never do such a thing nor would I like to be pushed, preferring to use my own steam and pacing strategy regardless of physical state. Well, today I received more than a light tap from behind throughout the day. Weighing at least five kilograms more than Dan Bonello, we both believed it wouldn’t work – when mentioned a day earlier. Dan tried, it worked, it worked again and after grinding it out for an hour and a half, we crested the top of the first climb and finally, the fun would begin (take a look at the profile below to see what I’m talking about).

“That was the hardest stage race I’ve done in my life,” said Dan at the finish.

“The sheer amount of vertical metres covered every day at The Pioneer is just unbelievable. Each day offers little to no respite for much of the day and even the simple things like eating and drinking at the right times become really important because you have to grab those moments instantly. Sometimes this means treating the aid stations like a Las Vegas buffet. We were either fully committing to stopping and replenishing properly or flying in, choking on a bunch of boiled potatoes and brownies and waving the volunteers goodbye.” 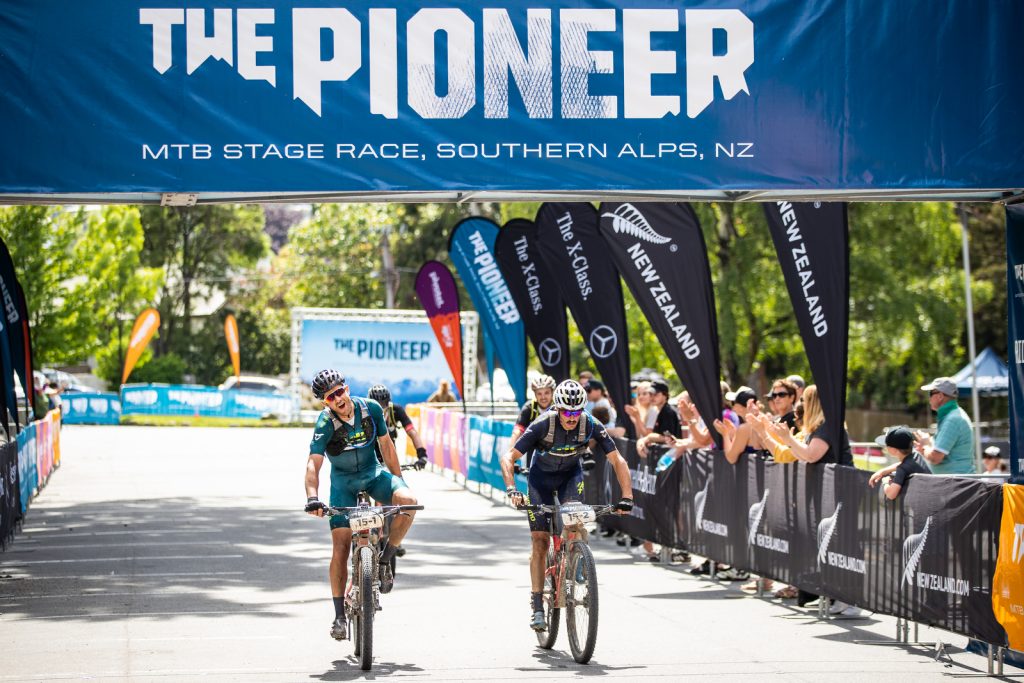 Having experienced the feeling of finishing back in Queenstown at last year’s event, I had figured that today would feel a little like de ja vu but upon crossing the finish line for the final time, the emotions of completing such an epic achievement alongside one of my best mate’s was almost a little too much to comprehend.

The build-up for an event or race like The Pioneer, if you’re wanting to take it a little seriously (which you should), is such long process of just chipping away, day in day out, for months on end and to finally see all that hard work come to an end, is really something special.

For anyone who is willing to really commit to challenging your body and mind to levels you’ll never find in your local bunch, just think about it. Give yourself plenty of time to prepare, start with some smaller distance events and then, when you think you’ve reached your limit, sign up. You might just discover a new level of resilience you never thought existed. Oh, and you’ll also be treated to one of the best weeks of your life. 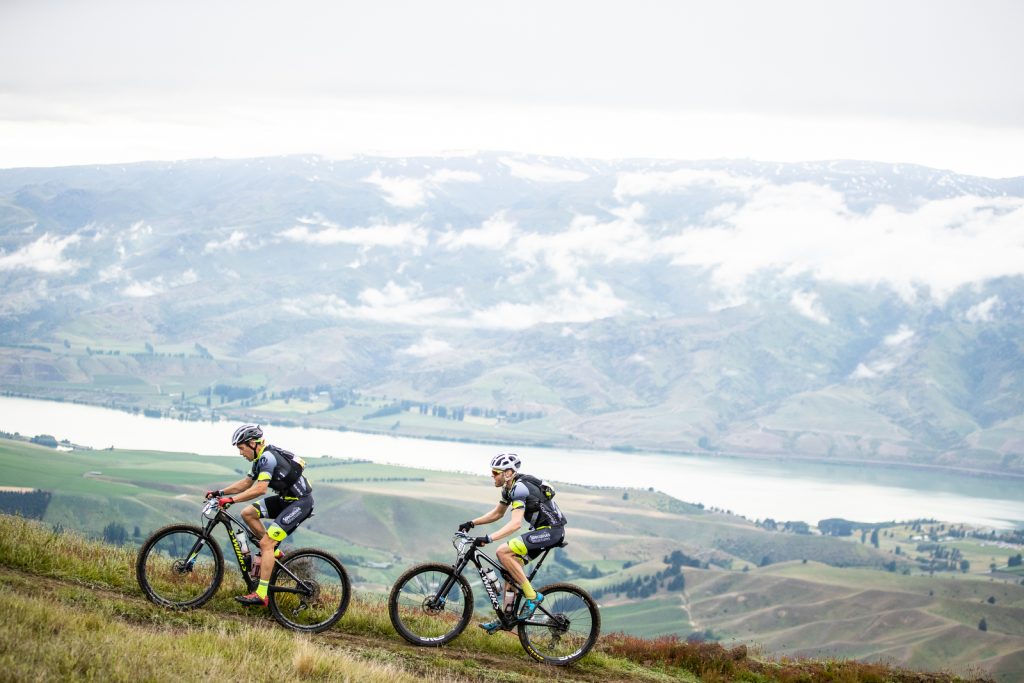 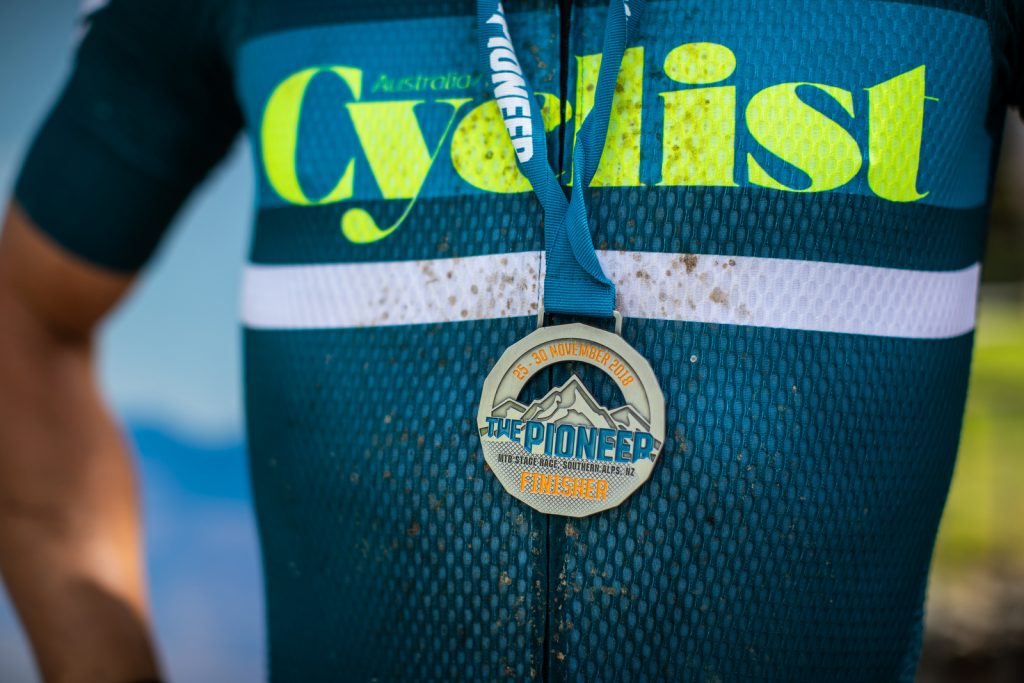 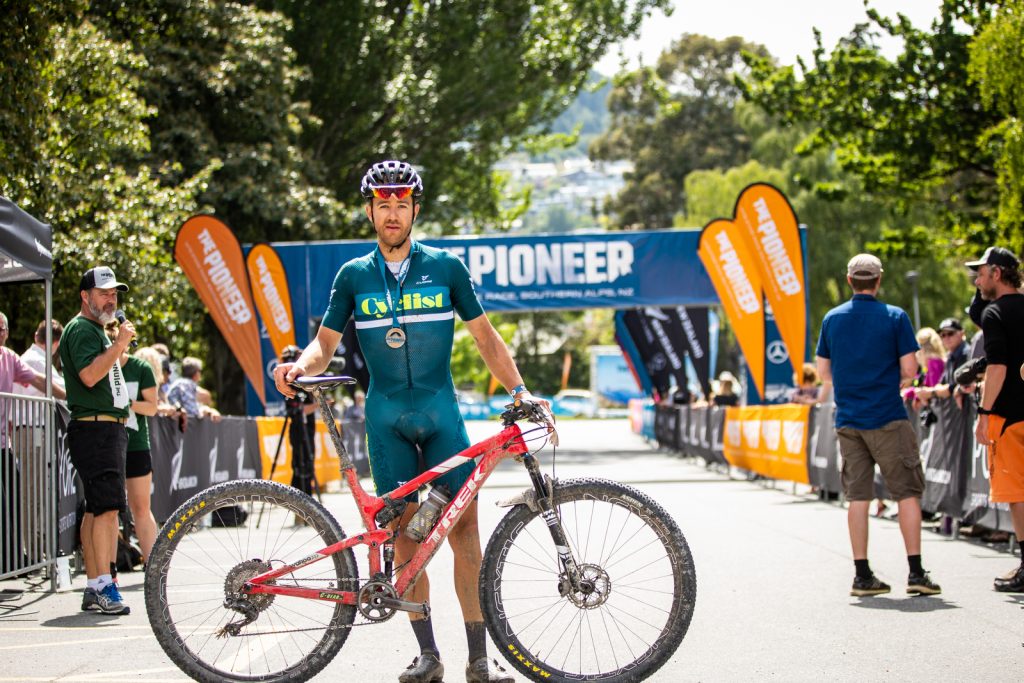 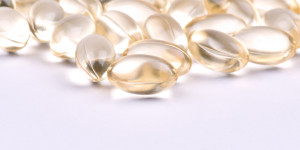 To multi or not?

Should you be taking multivitamins? Our resident nutritionist, Ali Dear, shares the benefi...