The first proper Outback stage of the 2019 Crocodile Trophy arrived on Stage 5 with an enduring route from Wondecla across to the home of Skybury Coffee just outside Mareeba. What today lacked in elevation, it made up for in distance and testing conditions but the reward at the finish would be worth its weight in coffee beans.

Skybury Coffee should always be on the Crocodile Trophy schedule simply because after five stages of relative remoteness, the plantation setting gives riders some reprieve from the heat but most importantly, serves up some fine food and coffee. This year we’re here for two stages which is particularly pleasing because the 25th edition has been an absolute scorcher. Today’s average temperate was in the mid-30s but I’ll throw a little sugar and spice on top with the fact it likely felt hotter due to the exposed terrain.

At the end of a marathon stage of 122km and nearly 2,000m of climbing, it was Stijn Van Boxtael who showed his class with a finely timed move some 20-odd kilometres from the finish. The Belgian has had a great showing at this year’s Croc and has been the one to try an early move in the stage nearly everyday. Today, his grit and determination paid off. 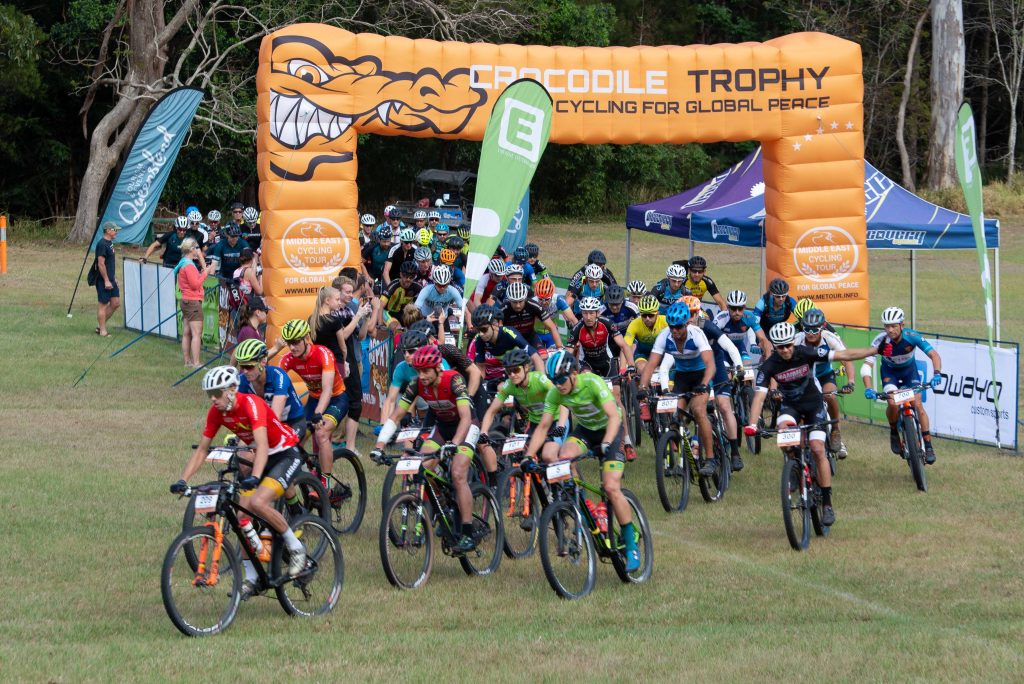 Coming across the line a little over a minute and a half was his good friend Bart Classens who himself, has already captured two victories; Stage 2 and Stage 3. Race leader Alan Gordon was a few more seconds behind in third with the remaining top-seven trailing in shortly after. The challenging last few kilometres had put an end to any group cohesion with every rider pushing it all the way to the line.

Angelika Tazreiter enjoyed another solid day out, reaching Skybury in 12th spot but with Carel van Wyk (Team Insect Science) pushing on for half the stage solo, Tazreiter is going to have a tough time overhauling the South African with ‘just’ three stages to go. 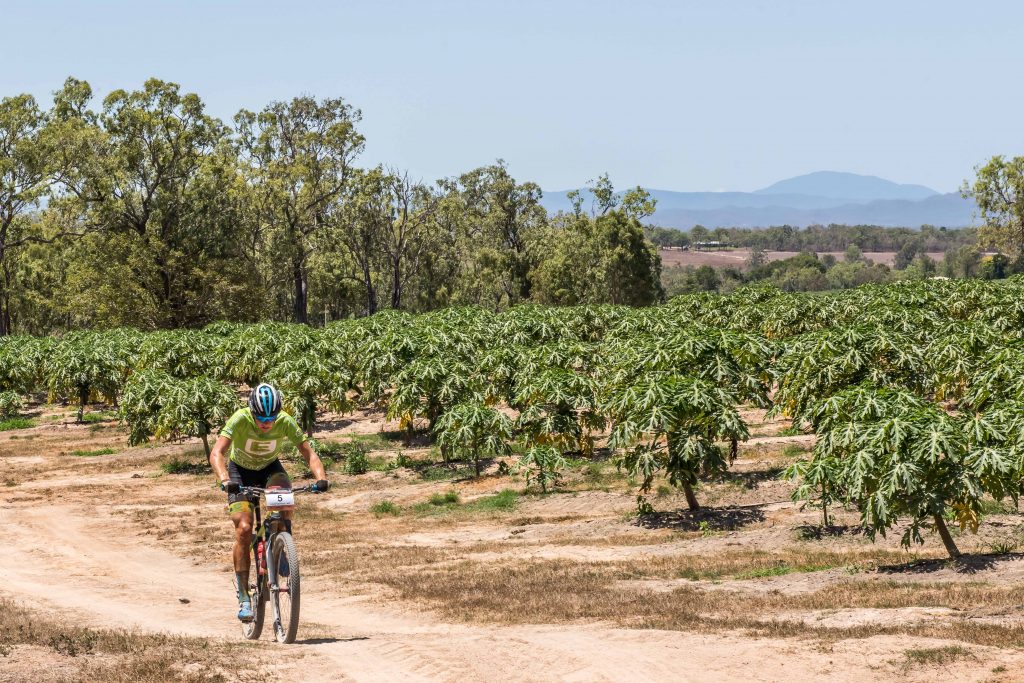 Yesterday was a brute of a stage and there was little doubt every single rider, if they were nestled in their beds back home, would have pressed the snooze button at least a dozen times. Alas, the Croc waits for no man or woman – despite them doing exactly that on Stage 1 for me – and so the show rolled on.

Stage 5 presented an interesting profile which if not read properly, would lure you into thinking today would be a walk in the park. However, with nearly 2,000m of climbing to conquer over the 122km course, what had to be considered was that most all of this was done in the first 70km.

Naturally, I was a touch stressed about the possibility of riding the final 50km along the Sunwater Channel track on my Pat Malone. To alleviate the anxiety, I sensed a moment during the opening kilometres and before I knew it, CP (van Wyk) and I were away. Mount Misery wasn’t initially our planned finish line – as the gap seemed to grow quite quickly – however, with just a kilometre to go, we could see the GC guys racing up from the rear. 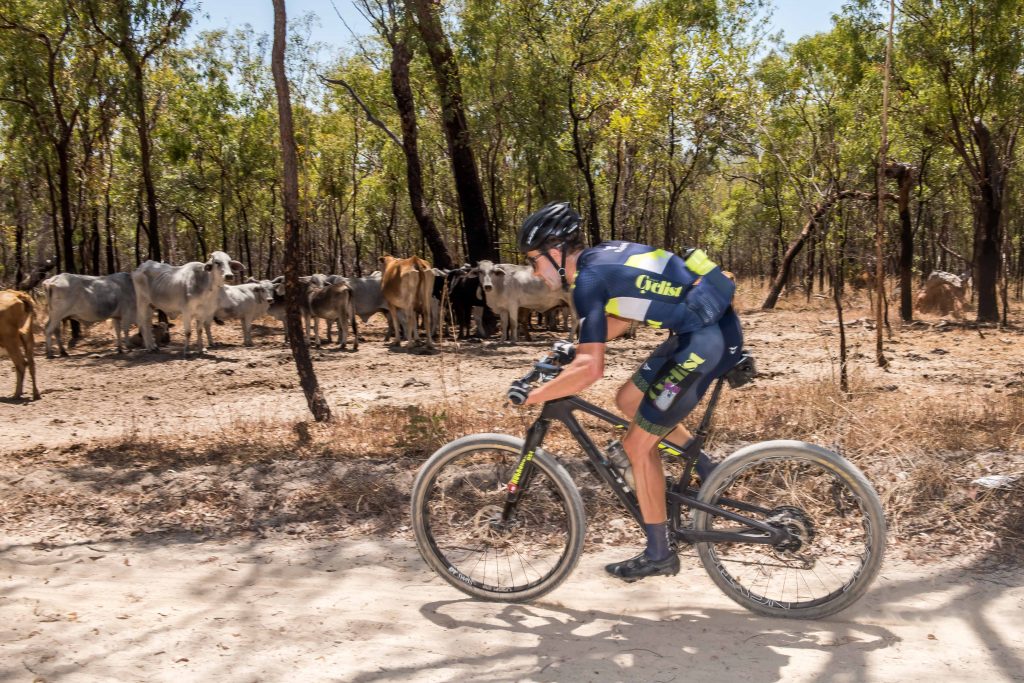 Despite Classens’ best efforts up the climb, a group of nine formed by the bottom where things sort of settled for a while. The section between kilometre 40 and 70 were some of the tougher moments of this year’s Croc. As mentioned earlier, staying with this group for the final 50km was absolutely necessary and so with some teeth-gritting and very light brake usage, I managed to get onto the back with Bram Saeys just as things flattened off.

From here, the group shrunk slightly with Best Austrian Lukas Kaufmann unable to regain contact and so I was safe – but not really. We rode as a unit for probably an hour or so but things seemed tense. I knew my earlier efforts would cost me at some point but with a few cheeky positioning moves (primarily to slow others down), it all looked good for a group ride to the finish.

Van Boxtael made a brilliant play with more than 20km remaining and charged out of sight before we knew it. With the Belgian nearly an hour down on Gordon – and with his mates Classens and Saeys in the group – the chase was more or less non-existent.

A cruel final few kilometres blew our bunch to pieces and finally, I lost touch, as did pretty much everyone. With the Crocodile Trophy now half finished, I’m simply excited to have ridden a much much controlled race to what I have done in previous tours. Now it’s just a matter of seeing what is possible over the coming three stages and 230-odd kilometres. 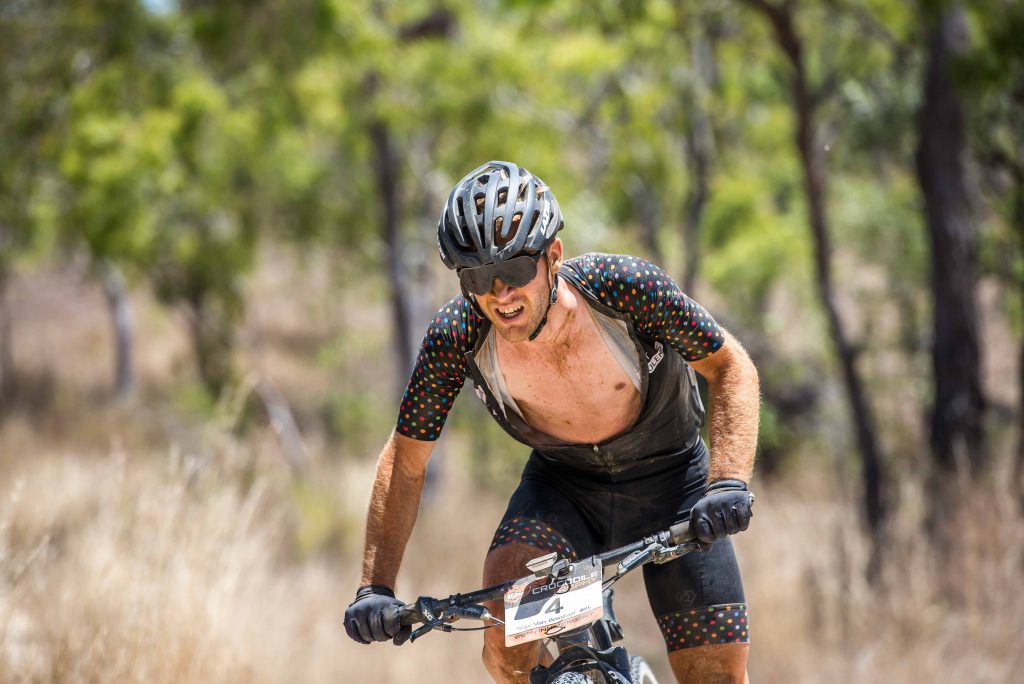 Stage 6 is the classic Skybury stage which also stands as the longest of the race. At 125km, the elevation profile rolls up and down but with a maximum elevation change of 200m. What gets you tomorrow is the heat (the entire stage is exposed), the cattle-worn singletrack, farm roads and potentially the wind. It’s a lot drier than I experienced in 2017 which means it’s going to be even hotter and despite the relatively flatter stage, I imagine it’ll break up quite significantly over the day. The first split is going to happen on the way out and the second will be along the same tracks on the way home. It’s a lollypop-shaped loop.

Coffe at Skybury. The end. 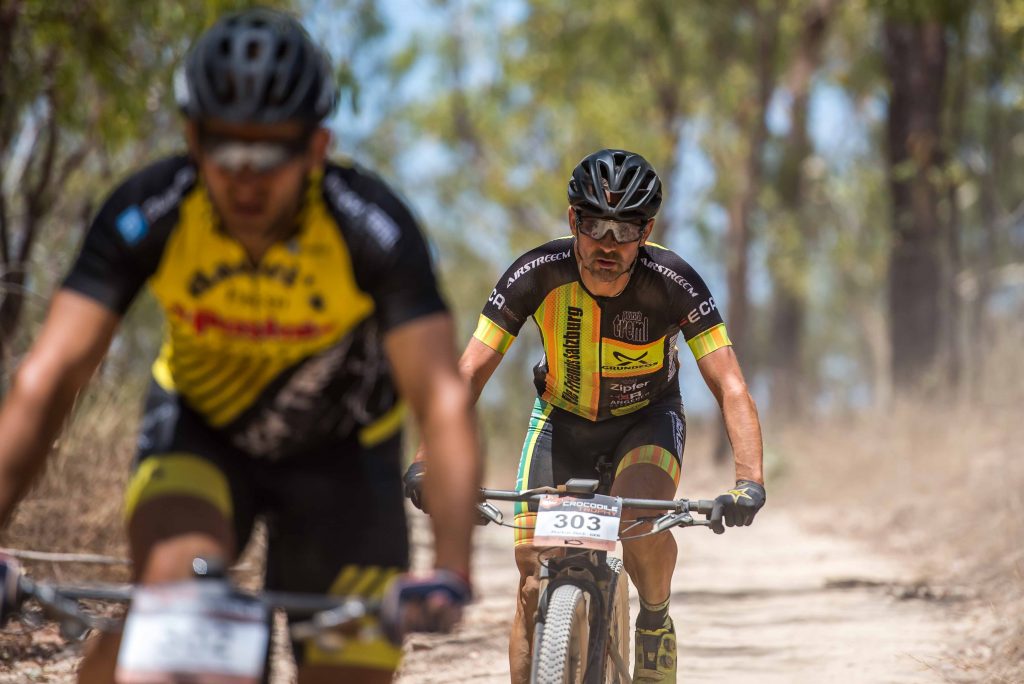 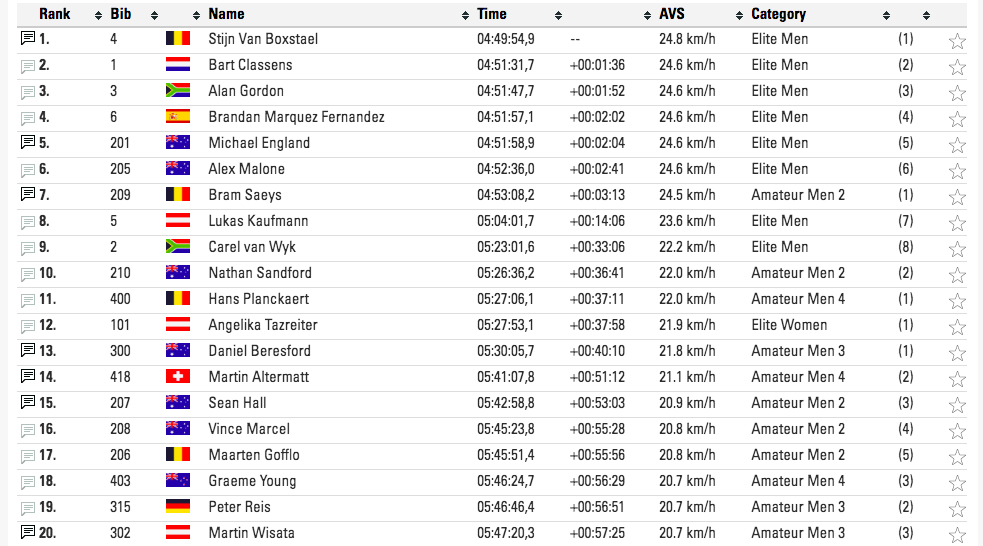 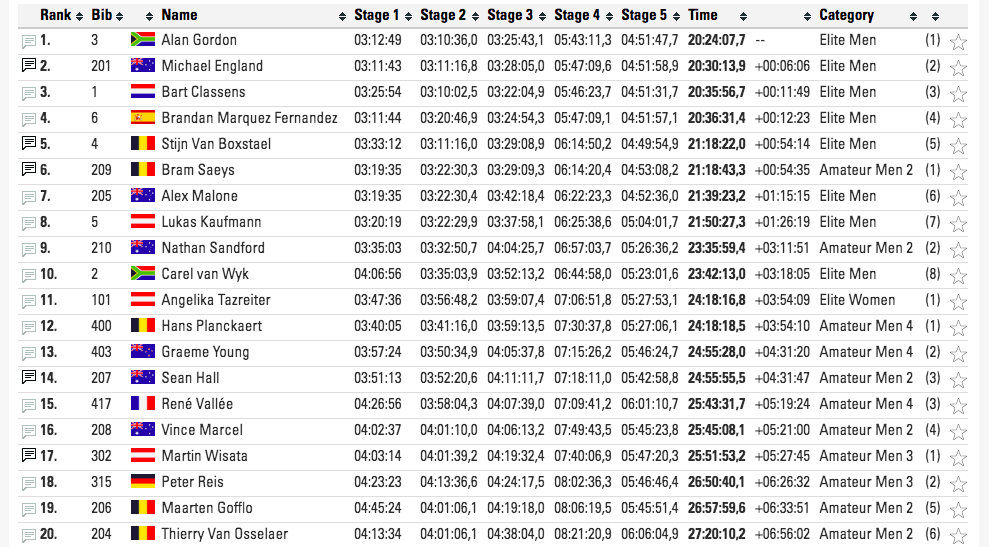 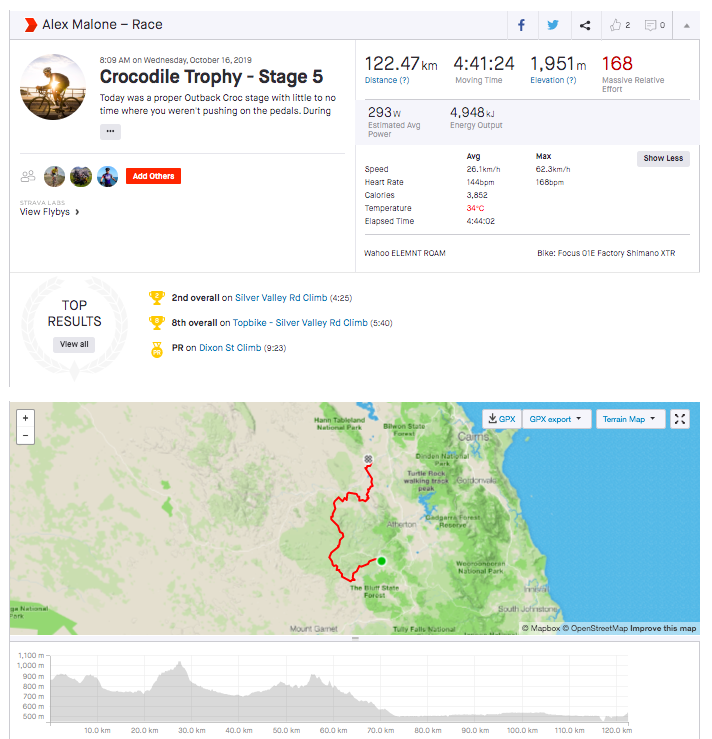 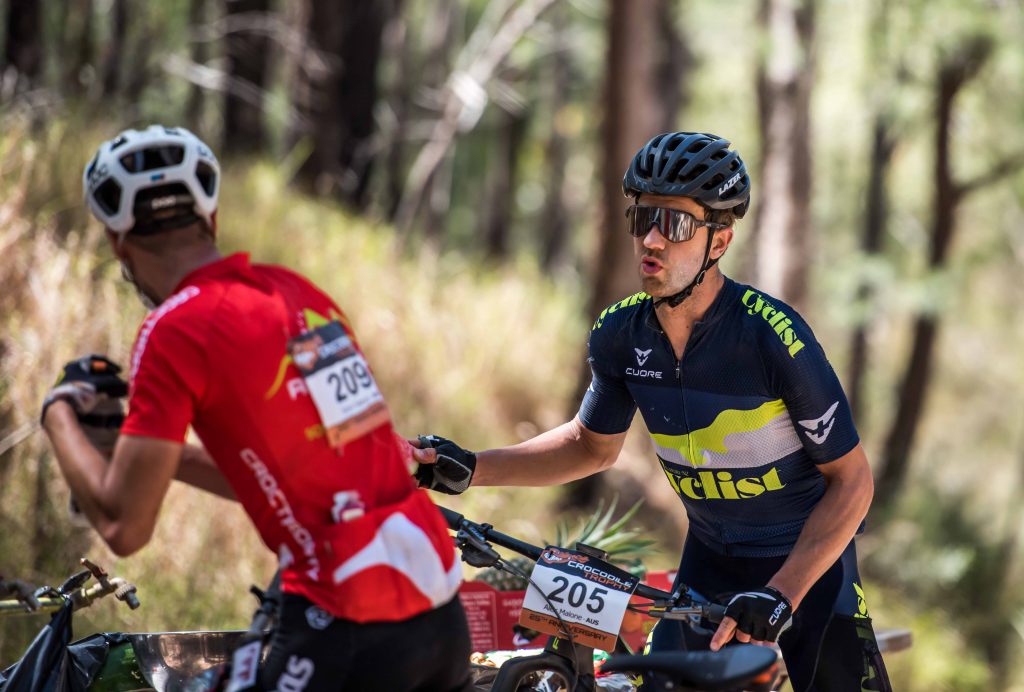 A fitting finale to Australia’s most iconic mountain bike stage race. From the worki...