Less than a month after joining the swelling number of bike owners, Eurosport blogger Blazin’ Saddles becomes an unwitting member of another ever-expanding group 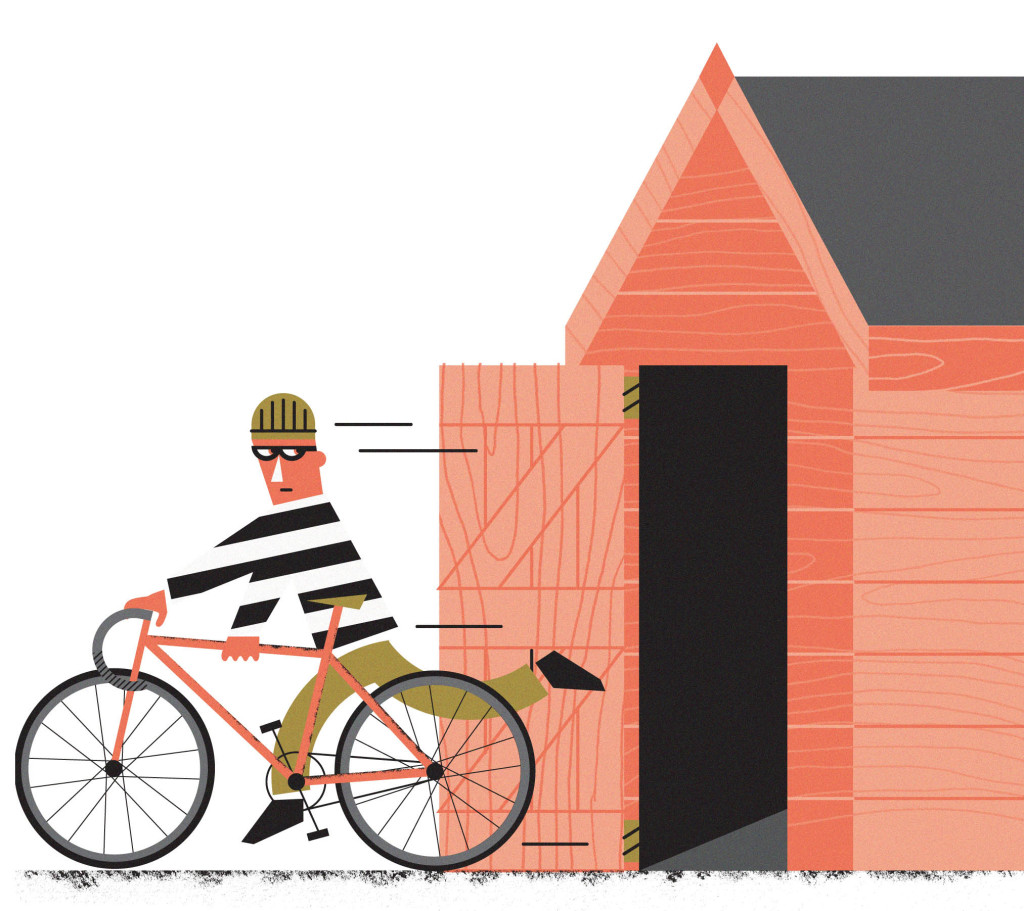 They say it happens to every cyclist at some point. Normally once you’ve had a chance to change a few inner tubes and clock up some miles. I guess you can’t choose when other people decide to be – in the esteemed words of Sir Bradley Wiggins – utter c***s.

So, yes, I had my brand new Specialized stolen. The bike of my dreams is now haunting me in my nightmares. After all the fanfare, I’d only owned my first road machine for a matter of weeks before someone took it upon themselves to row across the canal, climb into my back garden, break into the shed, prize off the lock and liberate a bike so conspicuous they won’t even be able to use it.

To further compound my misery, I’d moved house days earlier and had yet to sort out insurance. My conservative estimates put it at $50 for every couple of km’s I had ridden. I knew cycling was going to be an expensive hobby, but that’s just cruel.

Police and forensics came round to peruse the shed’s bike-shaped vacuum – soon to be filled with sharp, ill-placed objects and a series of maiming booby traps. I handed over details, a photo of my loved one and the frame number to the Met’s Cycle Task Force and the helpful guys at www.stolenbike.co.uk. There’s not much more I can do except buy some hooks and hang up the bike I no longer have on my bedroom wall.

My transition from writer to rider has been littered with schoolboy errors and I’m definitely learning the hard way – whether it’s bonking on Box Hill or not reading up on bike theft.

Talking of schoolboys – let’s introduce a real one. Gabriel, a youth rider at Prestige Velo Club, had two bikes stolen on the same night just around the corner. This I discovered after my best Inspector Clouseau impersonation was rewarded with a tip-off from my local bike shop.

‘I know you,’ the mechanic said as I entered the shop. ‘You write that column in the magazine. I’ve just been reading about your new bike…’ Such a flirtation with fame should have been a landmark moment, yet the joy of being recognised was diminished by having to explain that my new bike was now somebody else’s new bike.

The mechanic suggested other shops I should investigate and my search, though fruitless, led me to Gabriel, who told me of his own loss and the consolation he took from the fact that he’d removed the brake pads from his bikes while doing some maintenance the night before.

‘Hopefully the asshole got what was coming to him,’ the sprightly A-Level student said. A few days later, while Gabriel was away competing in a Flanders sportive, his mother had her bike stolen. It looks like the asseholes got the last laugh.

Assholes certainly have it good at the moment: 300,000 bikes are stolen every year in the UK and less than 10% are returned to their owners. It’s not just naive newbies like me who suffer such affronts: the whole Garmin-Sharp team had to withdraw from a race this season when 16 Cervélos were pilfered from their truck by some French trous du cul (arseholes). If it can happen to a pro bike team sponsored by a company famed for its GPS tracking technology, what hope do the rest of us have?

This year I’d planned for my enjoyment of the spring Classics to be enhanced by active identification with the riders’ suffering. I’d been commuting in woeful weather – and loving it – to condition myself for weekends that I’m now not spending in the saddle, but scouring sites such as www.findthatbike.com in the unlikelihood that mine may resurface.

Sure, the optimist in me would venture that there are worse times to have a bike swiped than during the latest Ice Age, but give me Milan-San Remo-style icicles hanging from my nostrils any day over a burning £2.5k hole in my pocket.

There’s one glimmer of hope: my bike is as distinctive as a Peter Sagan victory salute. So if you see someone struggling to reach the pedals of a bright red 2013 Specialized Roubaix Comp with a 61cm frame while swigging water from a blue Cafe du Cycliste bidon – you know what to do… 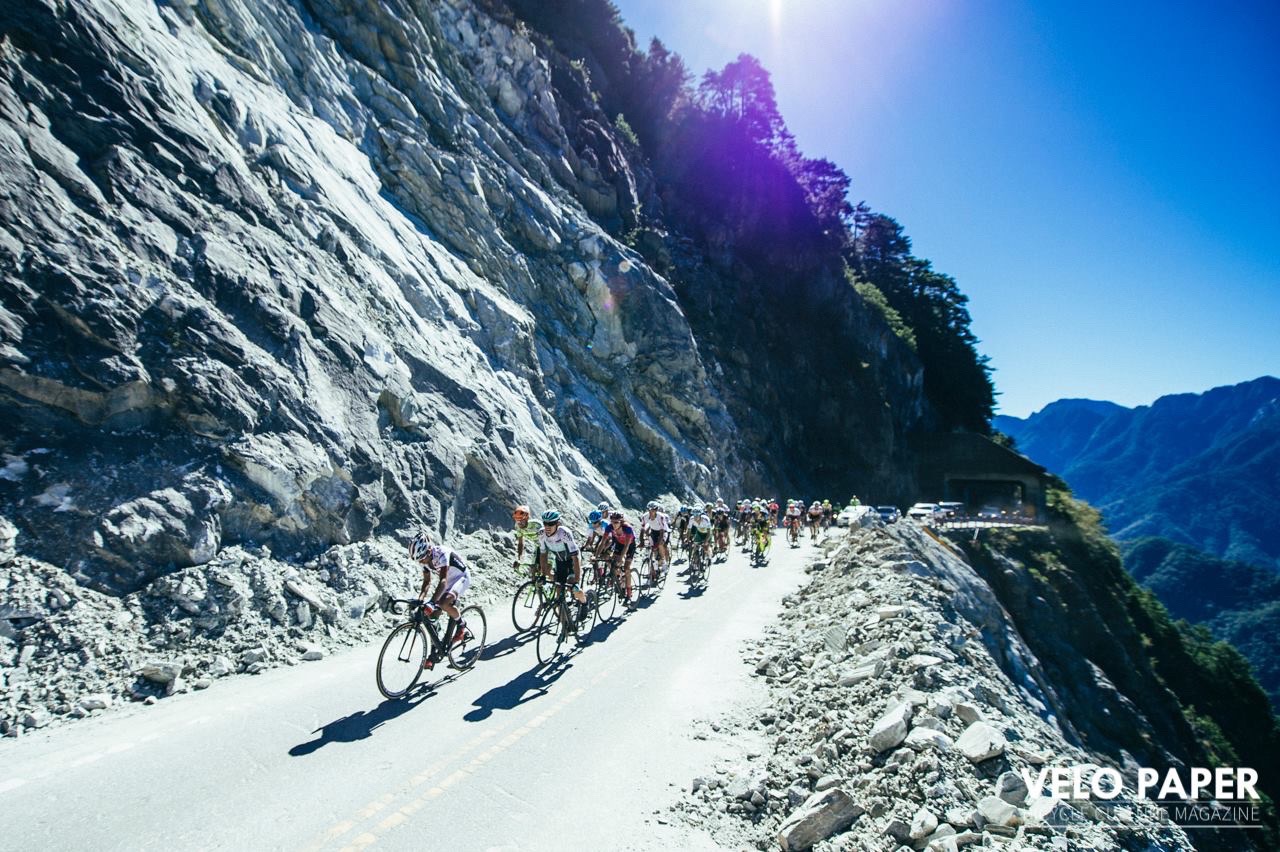 The Taiwan KOM Challenge is a gruelling event like non other. It’s distance and di...