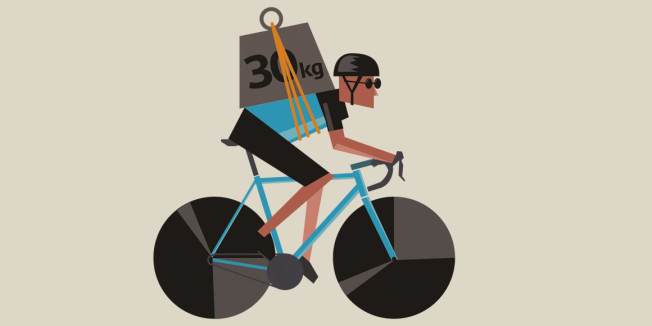 If you want to go quicker on a bike should you be skipping the cake or saving for carbon bottle cages?

The world of cycling is obsessed with weight because being lighter frequently means riding faster, especially up hills. But dieting can be hard and lightweight kit is expensive, so we wanted to know whether you should focus your gram-shedding efforts on your bike or your body for the maximum performance payback.

The simple answer is, there is no simple answer. ‘From a physics perspective, they’re equally beneficial,’ says Damon Rinard, senior cycling technologist at Cervélo. ‘The choice is a false dichotomy: you can do both. It’s allowed. For me, a lighter bike has always had the advantage that the weight stays off.’

Of course, there’s a point at which losing bodyweight will make you slower on the bike. ‘It happened to me when I was racing,’ says ABCC senior coach Ian Goodhew. ‘It was at around 65kg that I started to lose performance. But that figure is going to be different for everyone. Take Chris Froome – he can lose a ridiculous amount of weight and still be really good at time-trials.’

There is a formula for bodyweight vs performance that is too complex to go into here, but Greg Whyte, professor of applied sport and exercise science at Liverpool John Moores University, agrees with Goodhew that there is ‘a high individual variation’. Whyte says, ‘Power is only lost when muscle mass is reduced. If weight loss is solely associated with body fat there will be no change in power output. The key measure is power-to-weight ratio. If power is maintained with weight loss, power-to-weight increases. The target should be to optimise power-to-weight, particularly when climbing – acting against gravity. When power-to-weight goes down, the weight loss is negative to performance.’

A lighter bike could be the answer, but it’s probably going to be a pricey one. ‘Losing weight from the bike can reduce the overall weight of bike and rider and, therefore, increase your power-to-weight ratio,’ says Whyte. ‘But while stiffness and rigidity can be maintained at lower weight with carbon fibre, it does come at a significant financial cost. Plus, lighter products are often less robust.

The benefits, however, may not be as great as you hoped for, says Rinard. ‘The practical difference in weight of, say, your wheels is only a small fraction of the total system weight – bike plus rider – and the amount it affects rates of change of velocity [how fast we accelerate or decelerate] are very, very small. So the effect of light rims and tyres, though real, is so small as to become practically insignificant.’

There is another factor to consider: aerodynamics. ‘Aero nearly always beats light weight,’ says Rinard. ‘Assuming typical weight savings and aero improvements, aero is faster, even on climbs up to 5% for cycling enthusiasts, while pros are going fast enough that aero retains greater benefit on steeper climbs, up to 8%.’

So it seems that your money might be better spent in a wind-tunnel than on super-light carbon fibre components, but that’s getting off the point somewhat, and there are cheaper ways of managing the weight of your bike.

‘A 500ml bidon weighs half a kilo,’ says Goodhew. ‘Many people carry two, and some people carry bigger 750ml bottles. Carrying an extra kilo on a long ride is going to hurt your performance.’

It’s not just fluid slowing you down. ‘There is a real contradiction these days,’ says Goodhew. ‘People are moving from mechanical gearsets to electronic, which are often heavier. There’s a way of saving weight right there.’

And do you need that saddlebag full of tools? ‘For short TT events there’s little value in carrying a repair kit as the race is essentially over if you get a puncture or malfunction,’ says Whyte. ‘For long races a repair kit is valuable, but I would always look to minimise weight by using a lightweight kit and gas rather than a pump.’

Goodhew adds, ‘If you have $2,000 to spend on upgrading your bike for racing,you’d be better off spending it on a soigneur to hand you a drink whenever you need one. You’ll save half a kilo that you won’t save any other way.’

There is a psychological element to finding your ideal weight, says Goodhew. ‘I know people who have put titanium bolts on their chainrings because they think it makes them lighter, and therefore faster. And it does make them faster, because they believe it does. This is a complex issue, scientifically, practically and emotionally. We are real people.’

Whyte agrees your money could be better spent elsewhere: ‘My advice is always to focus any financial investment on optimising the human engine before turning to the bike. A two-week training camp is invariably a better investment for performance than a carbon fibre widget that saves a few grams.’

Of course, based purely on numbers, you’re better off losing weight from yourself. ‘My bike weighs around 7.5kg,’ says Goodhew. ‘I weigh around 75kg, so the bike only accounts for less than 10% of the total weight.’

Ultimately, the optimum balance between the weight of rider and bike is individual to you – and your goals, says Whyte. ‘Time-trial riders on flat courses require optimisation of power output, with weight being less important. On the other hand an Etape du Tour rider with multiple major climbs requires an optimisation of power-to-weight, so weight saving while maintaining power is the key to success. Regular assessment of power-to-weight with expert sport science support can be the difference between success and failure.’ 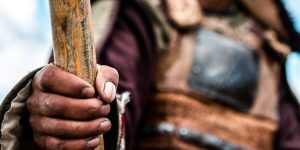 The finale, after today, the Mongolia Bike Challenge would be done for 2018. Exhausted bod...