Brendan Johnston and Holly Harris are your men’s and women’s Cape to Cape champions for 2018. Johnston, leading from the opening stage at Cape Leeuwin, held off a charging Kyle Ward to secure defend his title while Harris demonstrated her maturity with the overall title in the women’s race.

The 2018 Cape to Cape has added a defending winner and a fresh-faced champion to it’s ranks with Brendan Johnston and Holly Harris taking out the men’s and women’s race in the concluding stage at Colonial Brewery just outside Margaret River.

For Johnston, the overall victory would undoubtedly be his toughest yet with the what felt like most of the top-ranked riders in the classification pushing him to the absolute limit across the four stages.

“I haven’t had an easy day in this year’s Cape to Cape,” said Johnston at the finish. “In previous events there have been sections of stage where you can back off and just enjoy the single track but this year, because it has been so close, there is none of that at all. It has been ‘on’ the whole time because the guys in third and fourth and fifth are close as well so when someone goes, they go as well. There has been no let up.” 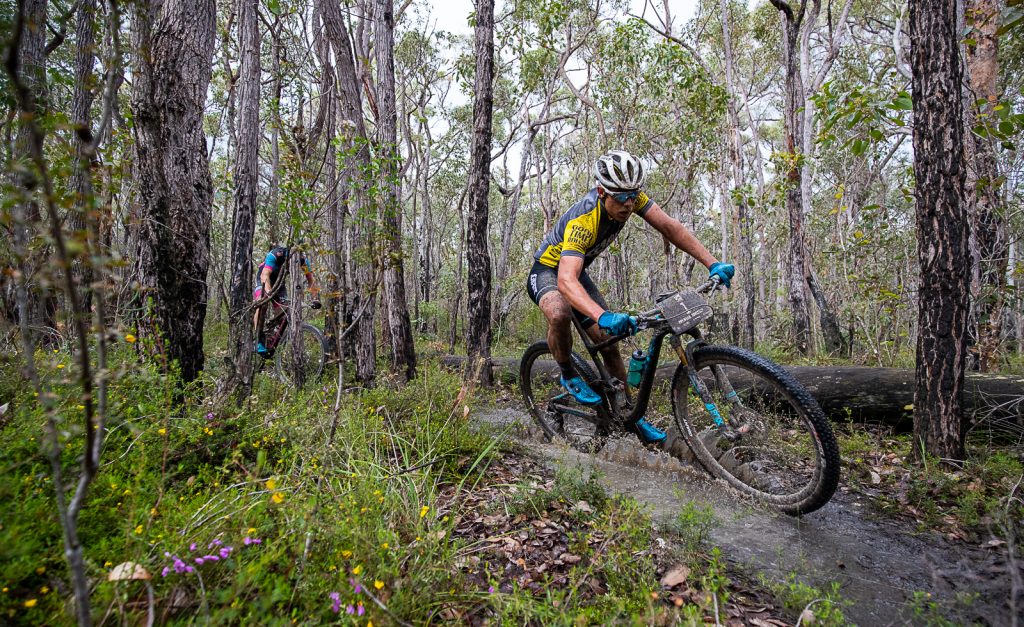 In the finale, it was second-placed Kyle Ward – who has been riding like a man possessed this week – who forced Johnston into defence mode. The Wollongong local taking a much-deserved stage win to secure his place on the second step by the smallest of margins.

“I literally couldn’t have ridden that single track any faster and then it got to a point where I started making a few mistakes and I was a little bit too tired,” explained Ward. “It was the fatigue from the previous three days and the way out to the single track was on and off the whole way and that sort of stuff after three solid days is hard to recover from. Brendan fights really hard for a win and I did what I could to test him and see if he was gonna let me go but that wasn’t to be. There was too much on the line. The prize money is one thing but this is event has been so popular for so long that the title against your name means a lot.” 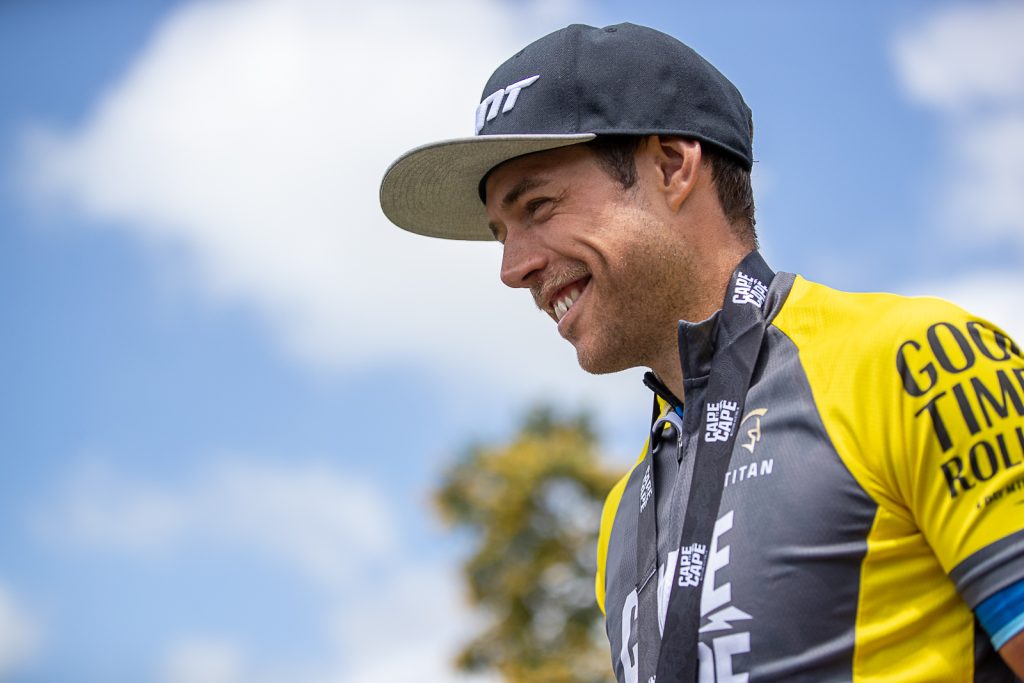 Harris meanwhile, started her Cape campaign in quieter fashion before steadily building her advantage across the final three days – with a stage win in each. Harris’ most recent Cape experience must seem like a world apart from her performances this week and has most certainly shown her development over the past two seasons.

The ever-consistent Renata Bucher again finished close behind to finish second overall while a resurgent Peta Mullens, who had seemed to be in holiday mode before today, went on the attack to move into third overall – a very respectable position for the former overall winner. 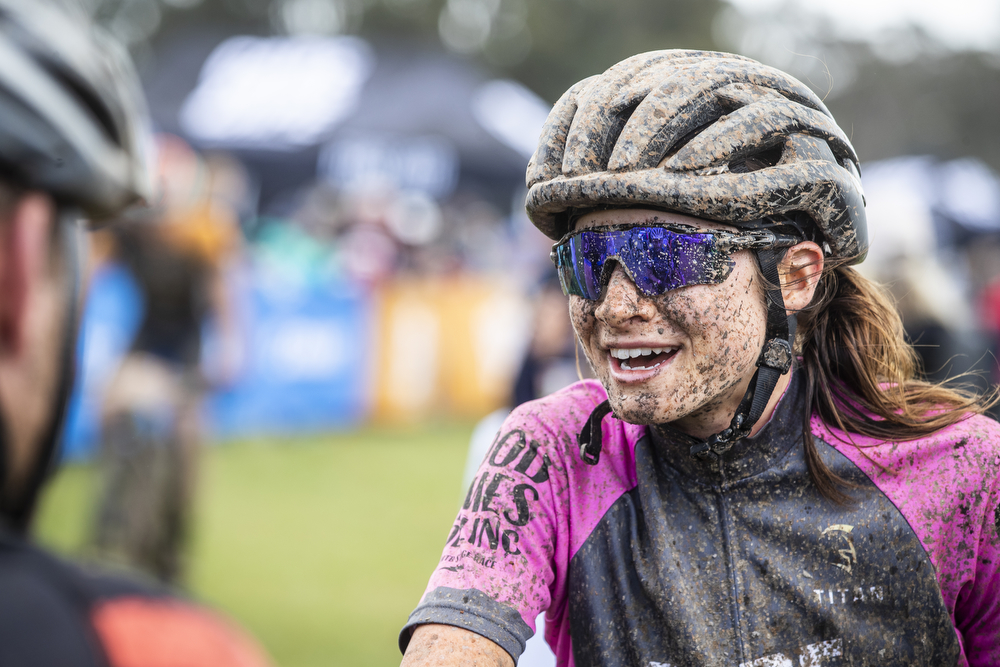 Some days you’re good, others you’re ok and every now and then, you simply don’t have the minerals. That was more or less how I felt during the final stage of this year’s Cape. Slightly annoyed by mistakes and crash of yesterday, today I awoke filled with enthusiasm to really make a day of it. I convinced Mike Blewitt from AMB to ride with me to the start at Colonial Brewery – some 25km out of town – and did my very best to take us the most scenic route filled with minimal tarmac.

We arrived with 10 minutes to spare and while nice and warmed up, the legs just didn’t have the gas when the starting gun was fired. Feeling the pinch from yesterday’s wipe out, I slid to the left of the track and did my best to simply tap out the stage. A little over 20km later I found former race leader Samara Sheppard fumbling with her rear wheel by the side of the trail. Having lost any real chance of a reasonable overall position, I pulled over and duly assisted. Of course, I gave her the opportunity to repair the puncture but with only a ‘race kit’ on her person, it became clear that I would need to step in.

I sent Samara off into the single track again while I cleaned up the mess and steadily got going again. Now sitting way back in the field and with more than an hour of single track ahead, my only course of action was to relax and slowly make my way through the chain gangs of riders. 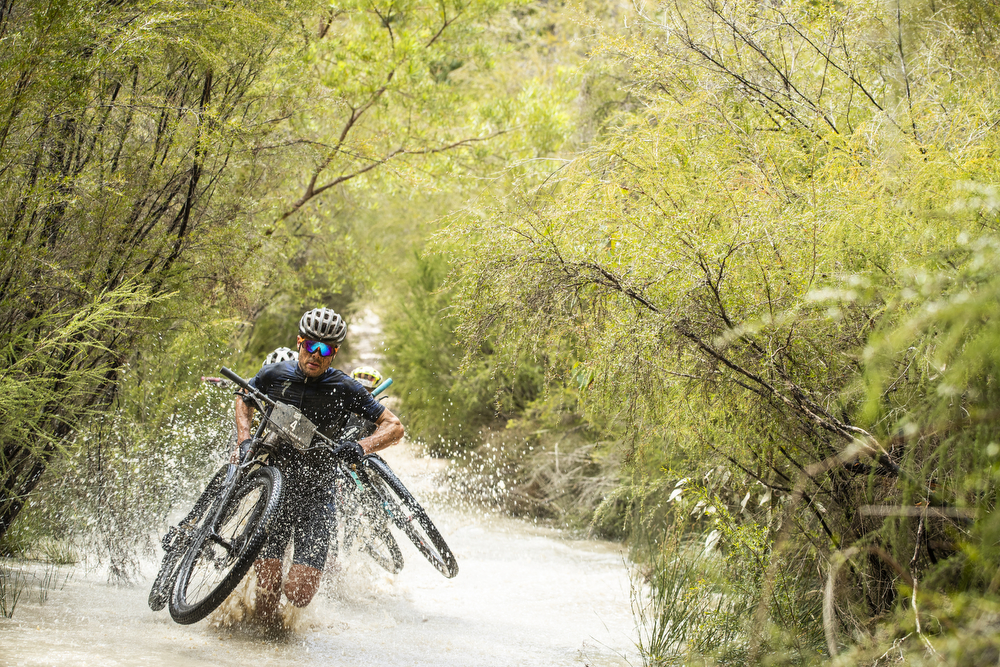 Coming into the finish at Colonial Brewery, after so many riders had already finished, was really something special. Generally speaking, at an event like this, you’d arrive to a few family and friends by the sideline but here, the finish shoot was buzzing and the commentating was cheering each and every rider who crossed the line.

Tears and emotions were flooding out of the 1,300-strong rider field and the place was really a buzz with smiles. Even after a day pondering if I was really up to the task of this race, the finish here made it all worthwhile. 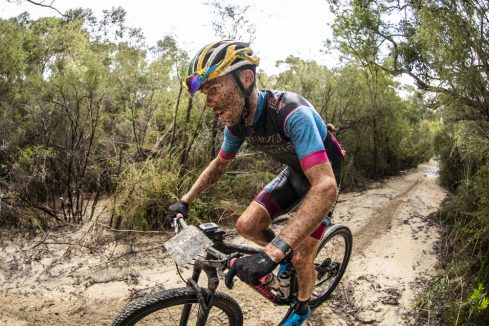 Ok, so this one is a little bit of a stretch but bare with me a minute. Races like the Cape to Cape (brother/sister to Port to Port and Reef to Reef) are, if you chose them to be, perfect stepping stones to events longer in duration both in days, distance and ascent. For me, Cape was about really being pushed to some intense limits with the purpose of building on my endurance in preparation for The Pioneer.

The speeds ridden at the front of races like Cape are essentially XCO (cross-country) pace and putting yourself in that situation for as long as you can, plus riding to and from the start/finish, is a great way to include a big block of racing and training into one. Plus, the atmosphere in Margaret River is superb with most of the riders catching up after stages or at the pub for dinner. To put my week into perspective, I’m heading home with 16.5 hours of riding from Wednesday-Sunday with a little over half of that at ‘race pace’. At Pioneer, one can expect to complete the six-day event in around 30 hours or so. Don’t be daunted, it’s very much doable if you put your mind to it.

My point is that Cape, Reef and Port provide a test for those teasing the idea of something a little more enduring. Get through a four-day event like these and, assuming you’re not completely destroyed on return home, you’re ready to start pondering that next challenge.

For me, that next challenge is The Pioneer. This year’s event is completely sold out but we’ll be covering the event stage by stage later in November. If you’re interested in finding out more about the six-stage event in New Zealand, head here. 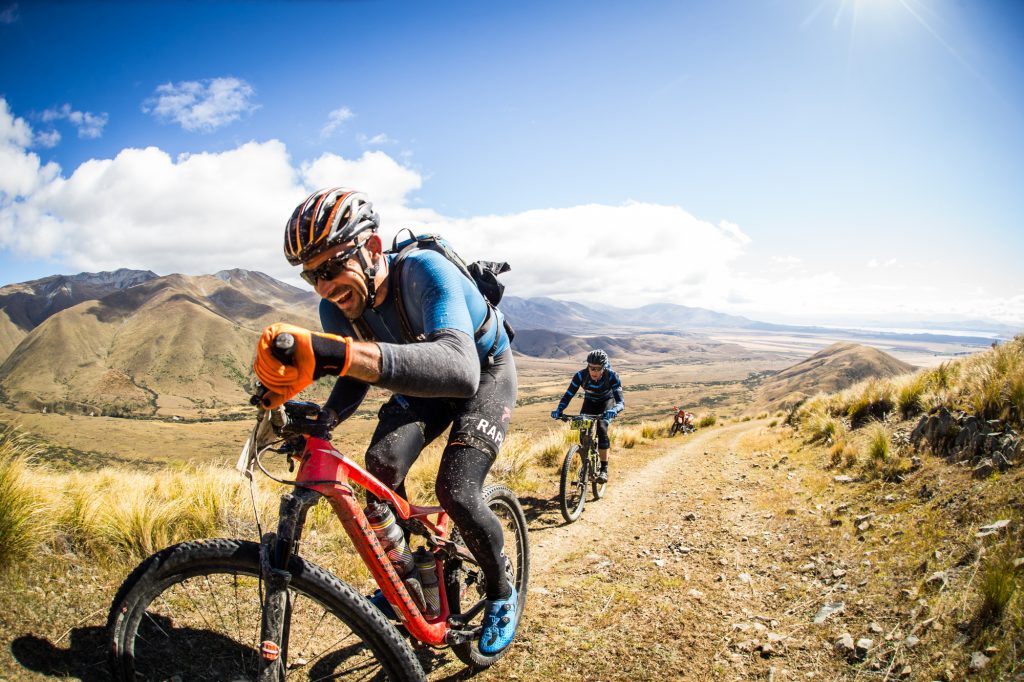 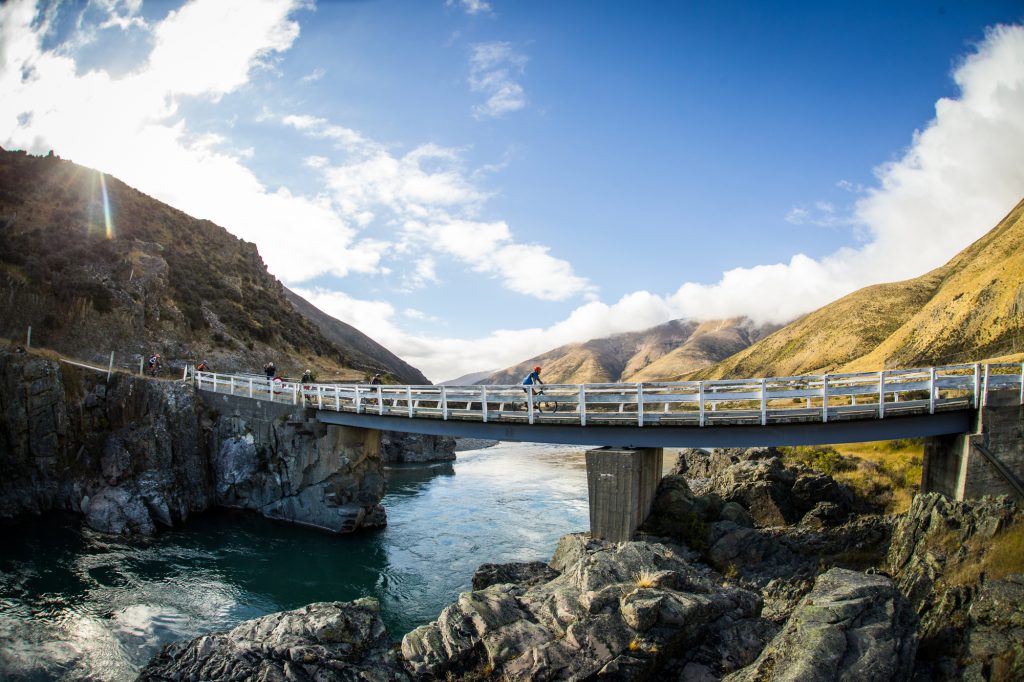 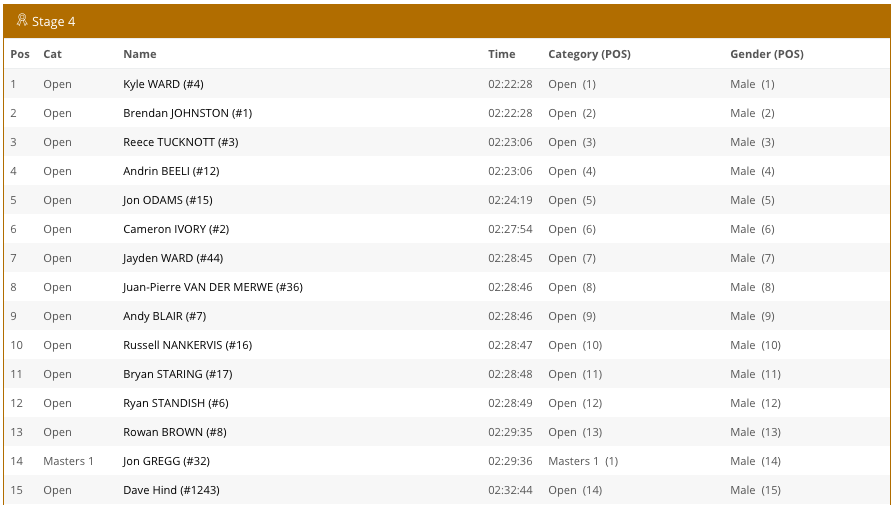 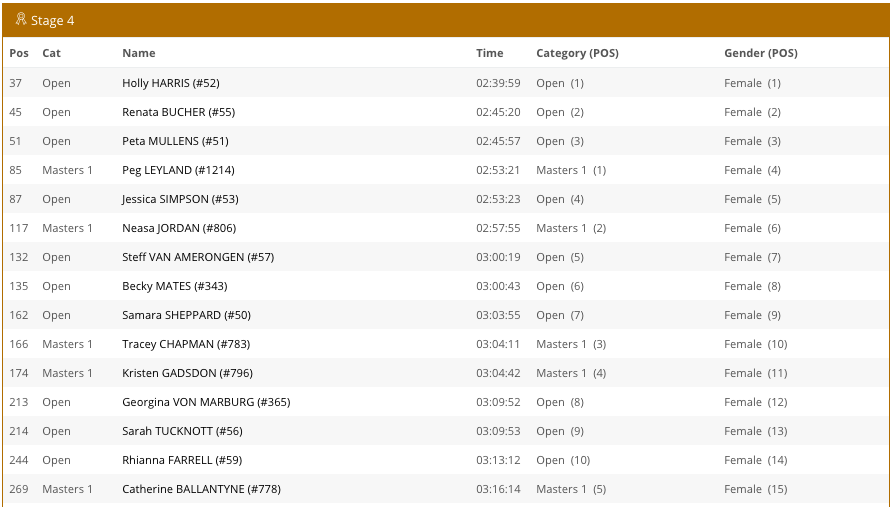 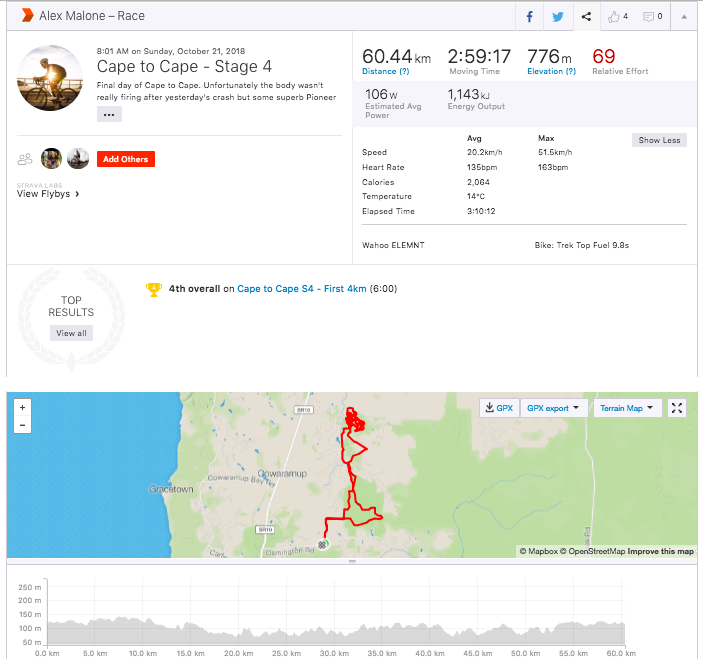 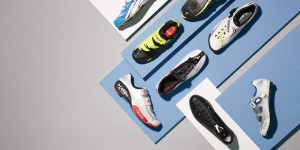