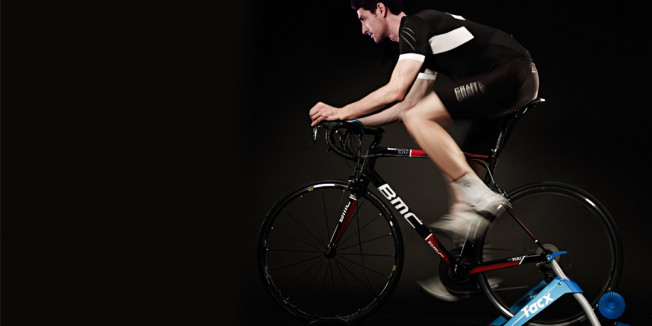 Who wants to spend time and energy pedalling on a turbo trainer when there are thousands of miles of open road available? Well, the majority of pro riders for a start.

In popular consciousness a static bike is something bought during a New Year health kick, ridden for two weeks and then abandoned to gather dust in the garage or become an expensive clothes horse. However anyone with a passing interest in cycling would’ve noticed that last year many a pro rider’s post-race interview was carried out while they were warming down on a static bike. Those a bit more in the know will be aware of the fleet of them that pro teams use to warm up on before hitting the road. For any serious cyclist it’s essential for maintaining fitness during the winter months as well as being a vital weapon to increasing performance during race season.

We’ve all been there. With the best will in the world we pull on our waterproof gear and sometimes even get as far as the garage, but five minutes into what
should be a winter training ride the weather has us back on the sofa nursing a cup of Horlicks. Don’t worry, you’re in good company.

‘In the winter I just assume my cyclists can’t get out to train,’ says Eddie Fletcher, sports scientist at Wattbike. ‘If they can get in one big ride a week then they’re lucky. For non-athletes with full time jobs it’s even harder as by the time they get home in the evening it’s way too dark for serious training anyway.’

For some, the attitude remains that the best training is done on the road, which may win you brownie points down at the club house when the weather gets wild, but it doesn’t benefit your training as much as you may think. The whatever-the-weather brigade may find the sub-zero portion of their training leaves a lot to be desired.

‘I don’t subscribe to the hell-or-high-water attitude,’ says Fletcher. ‘Inclement weather will affect the quality of your training. When it’s cold you can never warm up and by the time you’ve finish you’re virtually hypothermic. I can understand cyclists wanting to be on the road but a good comparison can be drawn with rowing machines. Rowers do an awful lot of training indoors and there’s no question that it enhances what they do in the boat.’

There’s also more to training indoors than just never having to test the guarantee on your rain jacket. If you’re following a programme, have a race coming up or simply want to lose that paunch, every missed session is a step back from your goal. Not only does training indoors allow you to maintain your fitness, it’s also an excellent way of doing very specific and targeted training sessions.

‘Training indoors is very time efficient,’ Fletcher adds. ‘On the road you’re at the mercy of your surroundings. You’ve got the weather to contend with, plus traffic and road conditions. You don’t get that kind of time wastage indoors.’ Such efficiency, Fletcher suggests, means you can reduce the time you’d spend out on the road by up to 50 per cent when replicating a training session indoors. Bargain. 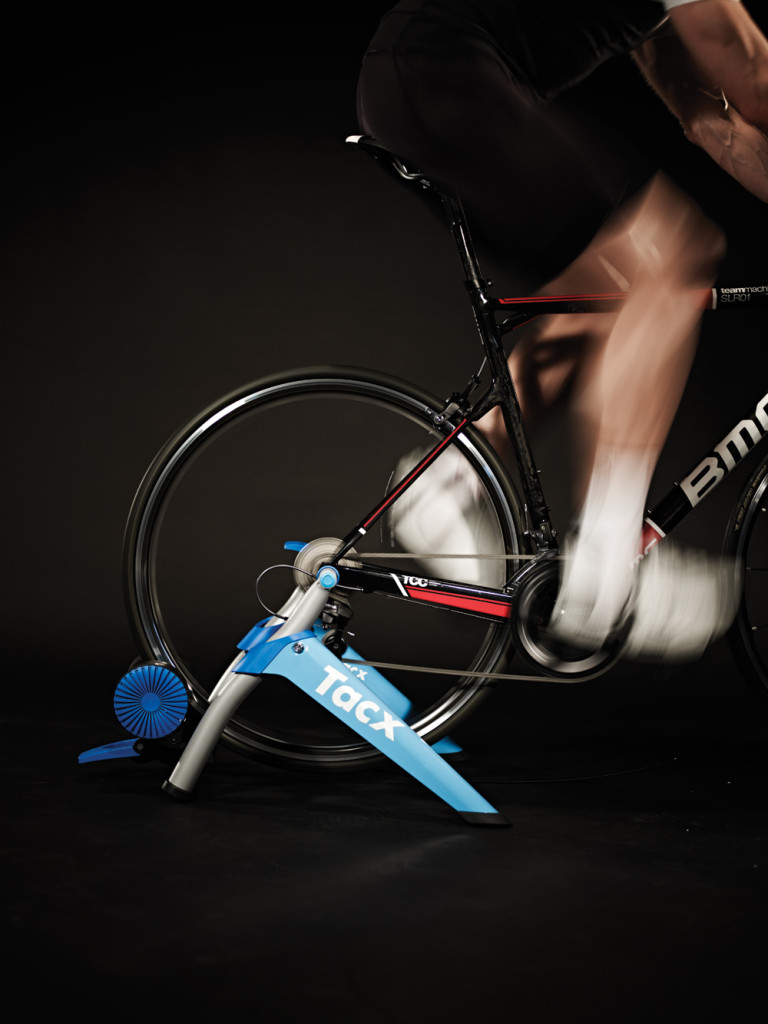 Shorter, warmer, dryer training sessions? Hold the credit card for a minute, as there are a few things to consider before you part with your cash. Where are you planning to train? And how often? If you’ve got space and noise isn’t an issue you could go for a static bike, such as a Wattbike or the ones you see in a gym, although they can be pricey. If you’ve got limited space or want something you can bung in the car to warm up on before a race, size is going to be an issue. Welcome to the world of turbo trainers.

The concept is simple: the rear wheel of your bike is clamped in an A-frame unit via the rear skewer. The tyre rests up against a roller that’s attached to a resistance unit. How much you pay depends largely on how this resistance is created. At the cheaper end of the scale are air-resistance turbos where a fan generates wind resistance. They can be pretty basic and often the only way to adjust how tough the ride is is by using the gears on your bike. Plus they’re noisy. More expensive but usually with a method of controlling resistance are magnetic units. Early versions suffered from feeling very unrealistic and hard to pedal smoothly, but they have improved over the years and now offer one of the best combinations of price and function. At the top of the tree are fluid-resistance units that offer a ride feel closer to real life, and they’re generally quieter than other options so you will still stay friends with your neighbours.

Beyond these basic types there are myriad bells and whistles that again massively affect price. Although the cheapest turbos won’t offer any resistance adjustment, for many that’s enough. The next step up will have a lever on the resistance unit but that necessitates getting off your bike during a session to adjust it, or you can spend a bit more for one with a handlebar-mounted remote. Spend even more and you can get electronic control units that feedback information such as speed, heart rate and power generated. From here on everything goes a bit Minority Report and you enter the realm of virtual reality.

There’s a whole generation of trainers that hook up to your computer or TV and display 3D or real-world video that, via a computer program, automatically adjusts the resistance of the turbo based on the terrain. So you can ride a stage of the Tour or climb an Alpine col from the relative comfort of your front room. Sound a bit gimmicky? Apparently not. ‘Turbo training is tough both mentally and physically,’ says Tim Bayley, brand manager for Fisher Outdoor Leisure, distributor of Tacx, the market leader in virtual-reality trainers. ‘Virtual reality softens this aspect, makes training with a turbo fun and gets people riding. Having something on the screen that shows that your effort is having
a direct result can make a massive difference to your motivation. If you’re just looking at a brick wall then a 30-second sprint can be excruciatingly painful.’

There are also a variety of programs that can record, analyse and even control your time on the turbo. ‘The Tacx Catalyst program is one of the most advanced training packages out there,’ says Bayley. ‘You can program it to train you for distance, power, time or even heart rate – an almost infinite amount of training sessions.’

But what about the wind in your hair? Man verses the elements? The thrill of the ride? If you haven’t got the budget for the Tour de Pixel, isn’t spending endless hours training on a turbo a little bit, um, boring? ‘That’s what I keep telling my athletes,’ says Fletcher. ‘Training is boring! The kind of people I work with don’t really have a problem with it. A lot of them listen to music or watch a DVD while they train. Some of them just do the session and keep an eye on the numbers. But it can be difficult for those without a goal to focus on.’

‘Music is a great means of delivering the sessions,’ says Dave Smith, performance director at Cadence Performance. ‘As you control the session you can organise your music library according to duration or you can make playlists that reflect your effort and recovery with appropriate tracks.’

If you want something visual and reruns of Homeland doesn’t float your boat, watching films of actual races will hopefully keep you from nodding off. Companies such as Sufferfest have gone beyond simply producing eye candy for those training indoors by creating a worldwide community of turbo riders.

‘We started the company to save the world from turbo trainer boredom,’ says Sufferfest founder Dave McQuillen. ‘Our videos are structured workouts set to killer music and footage from the world’s biggest races, including the Tour de France. The response has been overwhelming – we now have tens of thousands of Sufferlandrians around the world. That transcends our initial concept.’

So you’ve taken the plunge and – despite your other half’s protestations – your turbo and bike are now set up in the living room. But how do you get the most out of it?

‘Winter is fairly base-training focused so it’s great to do that on a turbo,’ says Fletcher. ‘Sessions would be long-ish but the maximum length would be 90 minutes. Working for that amount of time is more than enough. I have my athletes doing that three to four times a week.’

And like a puppy, a turbo isn’t just for Christmas. Once those long wintry nights are over, it still has plenty to offer. ‘We recommend at least one high-intensity interval session a week, year-round,’ says McQuillen. ‘We find it keeps our high end sharp during the summer in particular.’

Plus there are those pre-race warming up capabilities. ‘The body doesn’t like what we do to it,’ adds Fletcher. ‘It can’t perform at its best if it hasn’t been warmed up sufficiently. Twenty minutes on the turbo before a race will improve performance by at least one per cent on the day, which could be the edge you need.’

The turbo, then, is more than simply a rainy-day alternative. Whether you like poring over stats, keeping warm while you train or just going hell for leather with fellow ‘Sufferlandians’, a turbo could take your performance from weekender to serious cyclist.

‘The notion that you can only train effectively outside is simply not true,’ concludes McQuillen. ‘A properly structured indoor workout can be far more intense and therefore more effective than anything you can do outside. Without distractions from traffic lights, stop signs, weather and other cyclists, you have absolute control over your workout. Plus there’s no downhill so you can’t coast!’ 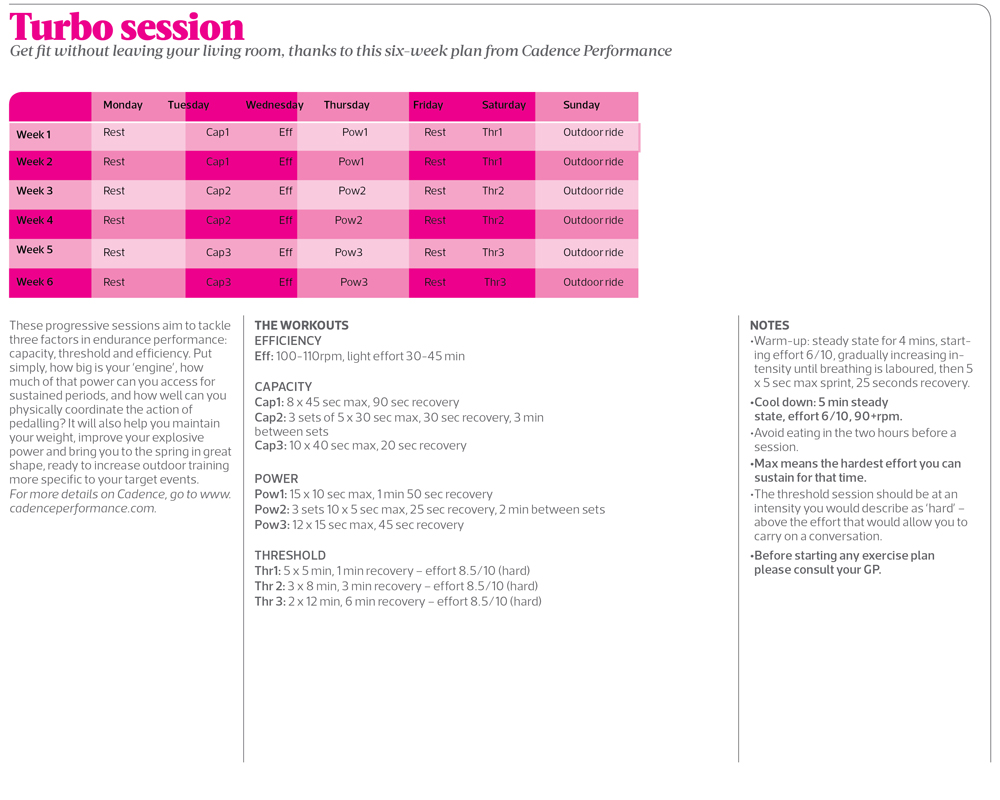 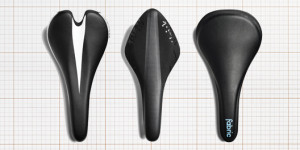 Is it cushioning your backside needs or just something the correct shape? Cyclist tackle...