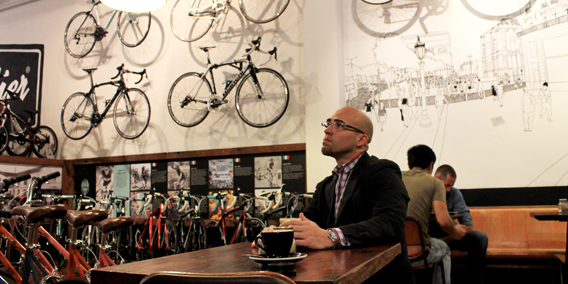 Allow me to apologise for not blogging sooner. It’s been both an exciting and challenging first few months since taking the wheel at Cyclist, and to be perfectly honest I wouldn’t want it any other way.

Over the last 90 days I’ve been asked a recurring question: ‘why cycling?’

In January I found myself in Adelaide at the launch of the 2013 UCI WorldTour season and the start of the Tour Down Under. Joining me were Melbourne’s Marcus Speed of Bicycling Australia, South Africa’s Neil Gardiner of Bicycling, and France’s Philippe Bouvet of L’Equipe, who was failing miserably at helping me improve my French – something I should be better at given my New Orleanian roots.

Our discussions were typically of cycling, both past and present. When asked ‘why cycling?’, my answer was the same as it’s always been.

Growing up in the American Deep South, young boys dream of gridiron glory, not yellow jerseys. I vaguely knew of the existence of France, much less men in lycra that raced across her on steel-framed bicycles.

All that changed in the summer of ’86 as for three weeks in July, the Tour de France captured the attention of a 13-year-old boy from the bayous.

I, along with a nation, discovered cycling.

A young American hero by the name of Greg LeMond was making history and I was watching it unfold stage by stage on our version of Wide World of Sports, aired on the American Broadcasting Company.

That year, LeMond wrested both leadership of La Vie Claire and the yellow jersey away from team-mate and Tour legend Bernard Hinault to become the first – and only – American to win cycling’s most coveted prize.

LeMond would go on to win twice more in the following three years in a career cut short due to an unfortunate hunting accident that irreversibly damaged the very lungs that breathed life into his three Tour victories.

But as thrilling as the crowning of LeMond on the Champs-Élysées was, it was not what captivated me the most. The summer of ’86 also saw the debut of an American pro cycling team at the Tour – Team 7-Eleven.

The 1986 squad was led by Americans Chris Carmichael, Davis Phinney (dad of BMC’s Taylor Phinney) and speed skater-turned-cyclist, Eric Heiden. I can recall being glued to the television at age eight as Heiden dominated the 1980 Winter Olympics in Lake Placid with five gold medals in five different disciplines. Heiden captured gold in the 500-m, 1000-m, 1500-m, 5000-m and 10000m events.

To put that in perspective, it would be the equivalent of Jamaica’s Usain Bolt not only winning Olympic gold in the 100-m and 200m sprints last year in London, but also the winning the marathon and every distance in between – simply superhuman.

Heiden is arguably the greatest speed skater the sport has ever known and his switch to pro cycling made international headlines. Heiden’s 28-inch legs were massive, perhaps too big for competitive road cycling, but nevertheless he was the talk of the US sporting world, often overshadowing LeMond for mainstream media attention.

Cycling was not the only sport with a bicycle at which the Americans were starting to excel, as athletes Dave Scott, Mark Allen and Paula Newby-Fraser were dominating the world of triathlon, making the summer of ‘86 a great period of time if you were an American who loved to ride a bike.

I know personally what that summer meant to me. I remember scraping every last penny of the savings I collected from mowing lawns the previous two years and racing down to Western Auto, a defunct US retail chain similar to Australia’s Supercheap Auto, to buy a brand new Western Flyer 10-speed for US$180. I didn’t quite have enough money, but the store owner was a family friend and the bike conveniently went on sale that afternoon to help me cover the $14 I was still lacking.

Big name bike brands simply did not exist in my hometown in ‘86, nor do they to this day. But make no mistake, I loved my Western Flyer. The bike was two sizes too big, but even as a burgeoning teenager I felt as fast as LeMond on his Look.

It was a special time, but it wasn’t until sitting at the bar in Adelaide this past January among my peers that I was able to fully grasp the magnitude of that summer in ‘86. According to Bouvet, who has covered the Tour for 32 years, ‘86 was one of the Tour’s very best, only surpassed by the drama on the final stage in ’89 when LeMond clipped Laurent Fignon by eight seconds overall with the aid of controversial clip-on aerobars.

But more importantly, Bouvet claimed that 7-Eleven was the ‘biggest thing to happen to cycling in US history’, and their inclusion in the Tour was ‘monumental for the nation’ within the sport. Gardiner took Bouvet’s comment a step further by saying 7-Eleven was actually one of the sport’s ‘crowning achievements globally’ as it opened the door to a North American audience and fanbase.

I couldn’t agree more with both men, but I am also a bit biased.

Now more than 25 years later, I see so many parallels from that era in US cycling history with the modern age of cycling here in Australia. It’s so easy to draw similarities and connect the past with the present. Cadel Evans’ historic Tour win mirrors LeMond, as does the debut of Orica-GreenEDGE in relation to the importance and impact of 7-Eleven on a nation.

This is a golden age, a defining moment in Australian history for those that ride the bike. Men like Phil Anderson, Scott Sunderland, Robbie McEwen, Stuart O’Grady and Evans have paved the way for Richie Porte, Simon Gerrans, Matty Goss, Simon Clarke and Mark Renshaw to make the next big push. Even Crowie, Macca and [Pete] Jacobs now follow in the successful footsteps of triathlon’s Scott and Allen.

The sport of cycling is not without flaws, we can all admit to that. Over the past year cycling suffered a nasty black eye thanks in large part to my fellow American. While the Yank’s admission to the allegations did not surprise me, what does surprise me is the speed in which the blemish is fading. Cycling is no longer reeling on the ropes and once again has found its legs beneath.

All things come full circle and we find ourselves in a rebirth of the sport – a renaissance, so to speak.

So to answer the question ‘why cycling?’

I fell in love with cycling in ’86 and that love affair remains as passionate today. It is the embodiment of freedom, courage, and endurance. It’s the purity of youth and the personification of pain. It is simply everything, and all things, in between. I’m so excited to see what the future holds for the sport over the next 25 years, and even more excited to chronicle a portion of it in the upcoming pages of Cyclist. Issue 2 on newsstands now.

In the meantime, I’m simply going to enjoy the ride and the excitement of the upcoming grand tours. Hope to see you all along the way. 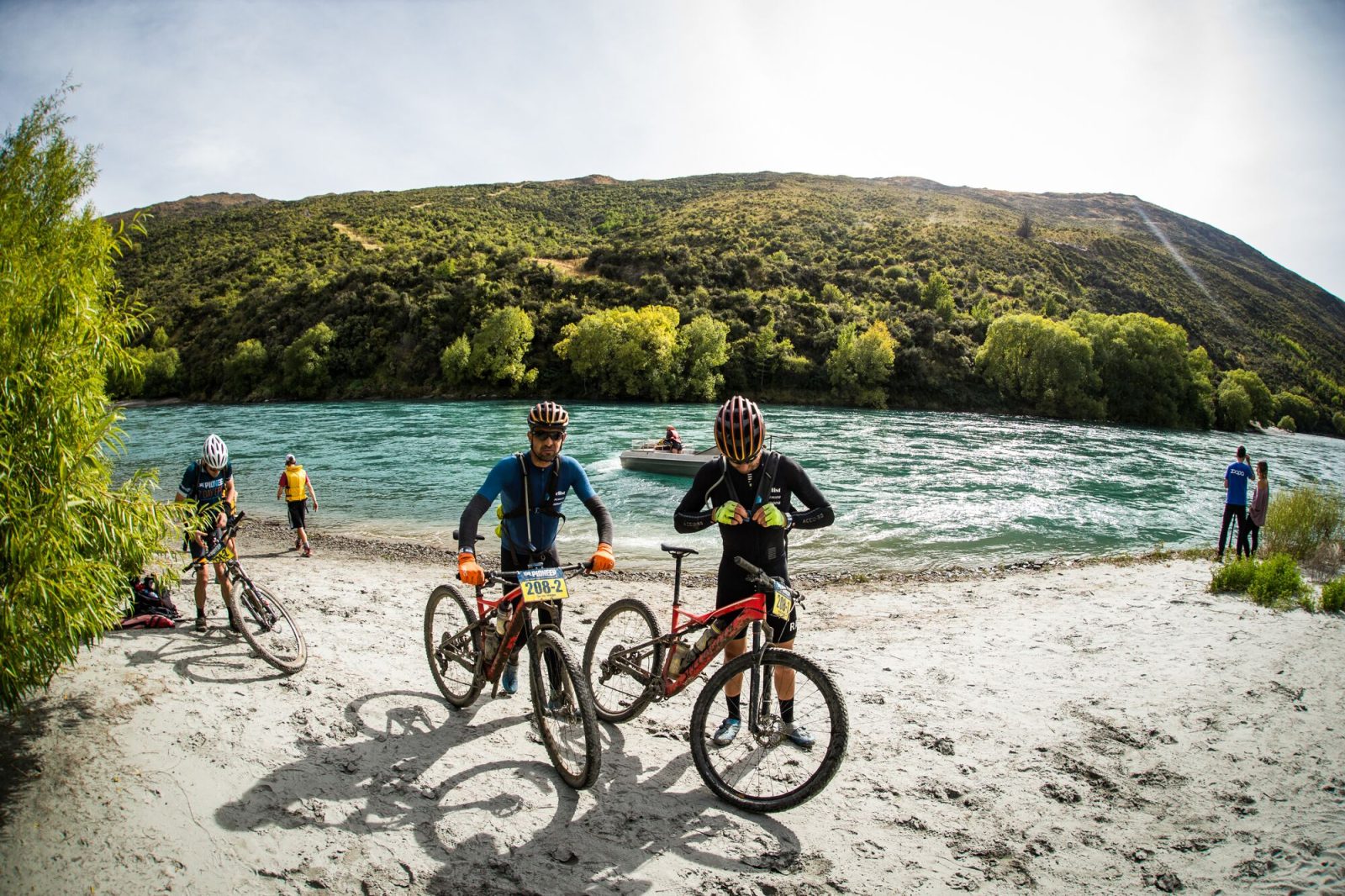 The curtain-closing final stage of the Pioneer, a fast and beautiful route from Snow Farm ...