The burning question of optimal cadence had been debated vigorously since foot first met pedal. Cyclist examines the theory behind choosing your spinning speed

When Chris Froome rode away at a furiously fast cadence from Alberto Contador on Mont Ventoux during stage 15 of the 2013 Tour de France, he was unwittingly stoking the embers of a cycling debate that has burned for as long as science has been interested in two wheels.

That debate centres on the relationships between pedalling efficiency, cadence, power output and endurance. Put simply, is it better to pedal slower and push harder on the pedals or spin faster with less resistance? And is there such a thing as an ‘optimum cadence’?

Cyclist consulted coaches, biomechanics experts and the riders themselves, and found there is no simple answer – and what works
for the pros might not work for you.

Unsurprisingly, if you pedal faster while applying the same amount of force on the pedal you will create more power – which might help explain Froome’s blurry-limbed approach. There is a trade off, however, because pedalling fast in itself uses more energy than pedalling slowly, regardless of the power being produced.

‘What is surprising with Froome on Ventoux is that he didn’t change into a bigger gear,’ says Dr Martin Bailey, programme centre leader for Sport, Coaching and Exercise Science at Brighton University – with the clear implication being that he would have conserved energy by employing a less frantic cadence. ‘But then again he wasn’t riding in a way where he was thinking about conserving anything,’ he adds.

Every cyclist has a ‘preferred’ cadence. According to Nick Dinsdale of the NJD Sports Injury Centre in Clitheroe, this is an ‘instinctive compromise between a cadence that minimises cardiovascular stress and that
which minimises leg muscle stress.’

In other words, riders will choose a cadence that feels like the best compromise between two types of pain: leg-burning and lung-burning. In terms of efficiency, however, we might not be getting it spot on.

‘The optimal cadence for efficiency to reduce metabolic cost [energy usage] is actually lower than the freely chosen cadence,’ says Dr Cassie Wilson, senior lecturer in sport and exercise biomechanics at Bath University. ‘This means cyclists often use energy more inefficiently by pedalling at a higher cadence to preserve leg strength. However, this energetically optimal cadence increases as power output increases. So the greater the power output, the higher the optimal cadence becomes.’

It’s little wonder then that pro cyclists with their high power outputs typically maintain cadences upwards of 90rpm. So perhaps Froome’s seemingly inefficient leg-speed during his Ventoux attack was actually more appropriate than it looked, thanks to the huge amount of power he was kicking out.

‘What most cyclists are doing [when they use a higher cadence] is nearer to minimising the strain on their legs than it is to minimising the strain on their cardiovascular system,’ says Bailey. This can be a useful tactic for preserving strength on long stage races, as Dr Mikel Zabala, senior lecturer at the University of Granada and coach for the Movistar pro cycling team, confirms: ‘We made progress with Alejandro Valverde’s cadence and increased it from an average of 82rpm in 2012 to 86 in 2013 and 90-91 in 2014. This leads to a better efficiency and use of muscle glycogen needed for the final part of a stage, because low cadences use more muscle glycogen.’

Adam Hardy, a World Championship time-triallist for Great Britain in the 1990s and now head of the Sports Lab coaching programme, has another theory as to why a cyclist might be best served keeping his cadence as high as possible. It relates to the fact that you apply force differently at different parts of the pedal revolution: ‘On a climb at 60rpm, the length of time you’re not getting much power production through the top or bottom of the pedal cycle might be one or two tenths of a second. When you take that cadence up to 100, you may be halving the length of time the bike has to slow down, so you’re maintaining a more even speed from one revolution to the next.’

In theory, then, maintaining a high cadence should help minimise the loss of speed at the top and bottom of the pedal stroke – especially on a hill, where most of the resistance is gravitational rather than wind-related and becomes more pronounced as the gradient increases.

The bigger they are…

While faster cadences may be recommended, the optimum pedalling rate for any particular cyclist will depend on their own particular physiological make-up.

‘The more you weigh, the more power you can normally produce,’ says Zabala. That explains why you rarely see heavier riders like Fabian Cancellara and Jens Voigt spinning their pedals at anything like the same rate as Nairo Quintana. With each downstroke, they produce more power, and so require fewer downstrokes to maintain the same speed.

‘Heavier and longer limbs tend to mean it’s more efficient for you to ride at a slightly lower cadence,’ says Bailey. This is because there’s
an energy cost involved in rotating the cranks on a bike – and the larger the limbs and faster the rotation, the greater the cost to be paid.

Cycling’s different disciplines also often require very different cadences. ‘Position on the bike influences cadence,’ says Hardy, ‘because when riders are in the time-trial position they frequently don’t produce as much power as when they’re in an upright position.When a rider is climbing, he sits further back in the saddle, which helps to produce more power over the top of the pedalling stroke and so enables him to have a slightly higher cadence.’

In a track sprint, meanwhile, with fixed gearing and a short period of exertion, the riders might easily get up to 150-160rpm. Unlike road cyclists, track sprinters don’t have to conserve energy over a six-hour stage.

Ultimately, there are no clear-cut answers when it comes to finding optimal cadence. Each rider differs depending on his weight, discipline and how his body responds to cardiovascular or muscular stress. But the better you become and the more power you produce, the higher the cadence you can sustain.

That’s not to say copying Froome is a good idea, though, unless you want to put yourself in a whole world of pain. 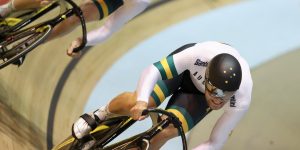