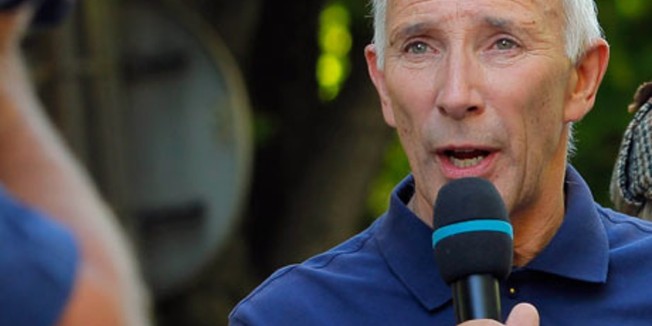 Posted on October 21, 2015 by Cyclist Australia/NZ

He’s been involved in the sport of professional cycling for nearly half a decade, but Phil Liggett is far from slowing down – even after calling 43 Tours de France…

The Tour on Stage, hosted by the voice of cycling Phil Liggett, showcases the triumphs, tribulations and euphoria of pursuing the yellow jersey at the Tour de France, live on stage.

Joined by his co-host Jens “Shut up Legs” Voigt, and special guests Rohan Dennis and Simon Gerrans, fans will be treated as the duo dissect the sport, riders, tours and share untold stories; giving an unparalleled insight into professional riding.

Supported by footage from some of the most poignant moments of professional cycling, this will be a unique evening dedicated to cycle enthusiasts at which audience members can ask questions live on stage.

Cyclist sat down with Phil (over the phone) to chat about his latest cycling project. This time, instead of sitting behind a television camera and calling a race from the commentary box, he’ll be standing on stage in front of a live crowd. Ladies and gentleman, the Tour on Stage is coming to town…

Cyclist: What’s the Tour on Stage all about?

Phil: Simon Baggs, Lateral Events. He’s a Brit, but an expat over 25 years. He came to me in the beginning of the year and said ‘I’ve got this big idea to do cycling on stage and call it the Tour on Stage’.

He’s also involved with the ASO for this sportive which will happen in the Snowy’s. That’s had tremendous feedback. He’s over the moon about the number of people who have expressed interest to ride it. It’s a really hard course, but I think that’s going to become very popular in Australia.

He started talking about the idea [for Tour on Stage] and it’s given me the chance to just go and have some fun and meet the people. I’ve got a bit of a profile in Australia and receive plenty of letters from people and then I thought about getting Jens Voigt. He’s a great talker with a lot of stories so I spoke to him and he said ‘I’m in!’. 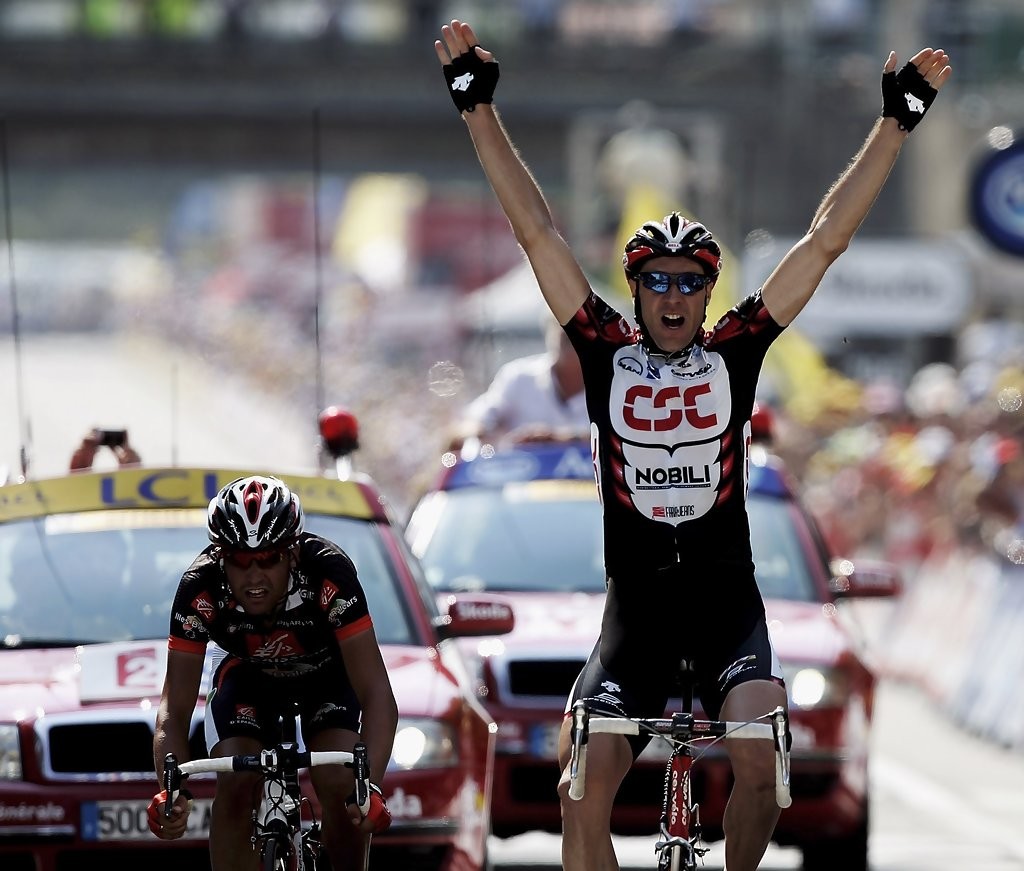 Jens really wanted to do it and so I had really had to commit to it then. Rohan Dennis will coming along with Simon Gerrans who will do one.

I think we’ve got a real show on our hands. There’ll be some real razamataz around it, to really entertain the folks. The first half will be us talking and reminiscing, telling stories and joking and then we’ll bring in the crowd. Then we can have a whole audience participation type thing and see what comes from that. I think it’ll be great fun. I’m going to be pretty nervous because I don’t normally see my audience. 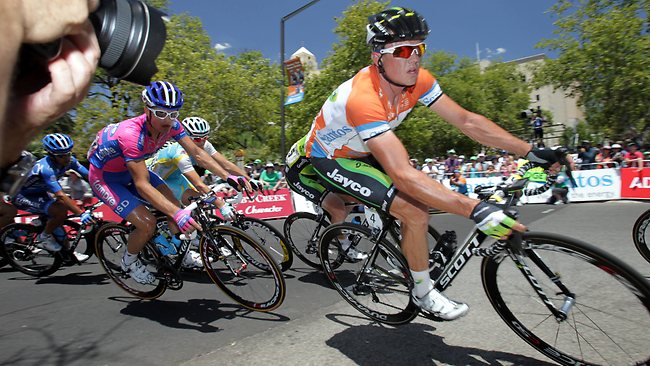 Cyclist: You’ve been doing this kind of thing, albeit mainly through television, for many years. How long have you been a commentator?

Phil: I did my first tv commentary in April 1978. It was live show and I’ve done it ever since. Most of my Olympics Games have been done for Australian audiences, winter and summer. My profile in Australia is pretty good with most of my fan mail bag coming from Australians. I’m very pleased to be able to do this in Australia, especially after watching it grow. I’ve been part of it since the years of the Commonwealth Bank Cycle Classic with Phil Bates. He was a great promoter in those days. When the Tour Down Under came along that was a huge step, for a race of the level of the Tour de France, with some of the world’s best bike racers, coming to Australia. It’s been great to be a part of that. 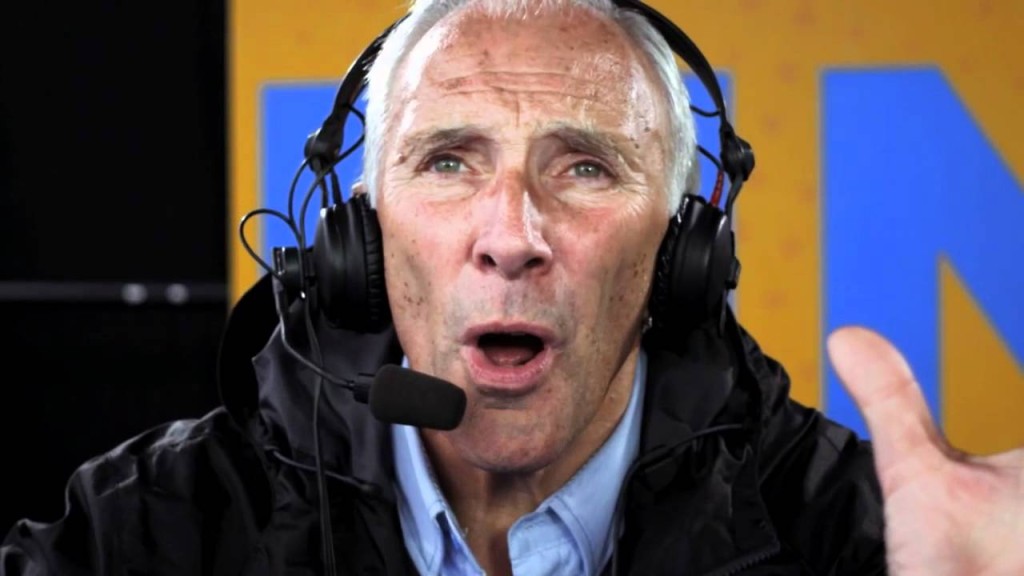 Cyclist: Do you have a standout moment of a rider, race that you always loved to commentate on?

Phil: I used to get criticised for being bias towards Robbie (McEwan). I loved calling him in the sprints because he was such an exciting sprinter. I used to say he had the invisibility cloak on because you wouldn’t see him until he broke for the line. He is small and could hide behind riders, having to freelance his way through because he didn’t have a big lead-out train like Mario Cipollini, for example.

Calling a great sprint is probably the best thing to do as a commentator. It’s so exciting to steer the viewers eyes to the rider you think is going to win.

I used to have the same joy with Erik Zabel. I remember him winning on his birthday in Charleroi (Belgium) in the Tour de France (1995). He hit the line and I just said ‘Happy birthday Erik’. I saved it until the last minute but the whole race we’d taken the viewers eyes to the positon of Zabel in the peloton so when he wins it works out for us all and if it doesn’t we’ve taken them to the wrong one. On that occasion it worked.

The most exciting Tour foe me was the time trial stage of Greg LeMond in ’89 when he won the Tour de France by eight seconds. I prophesied that he’d win it by six at the start [of the TT], he won by eight at the finish and viewers complained I’d given away the result. I couldn’t have because it was LIVE. They thought we’d recorded the program. 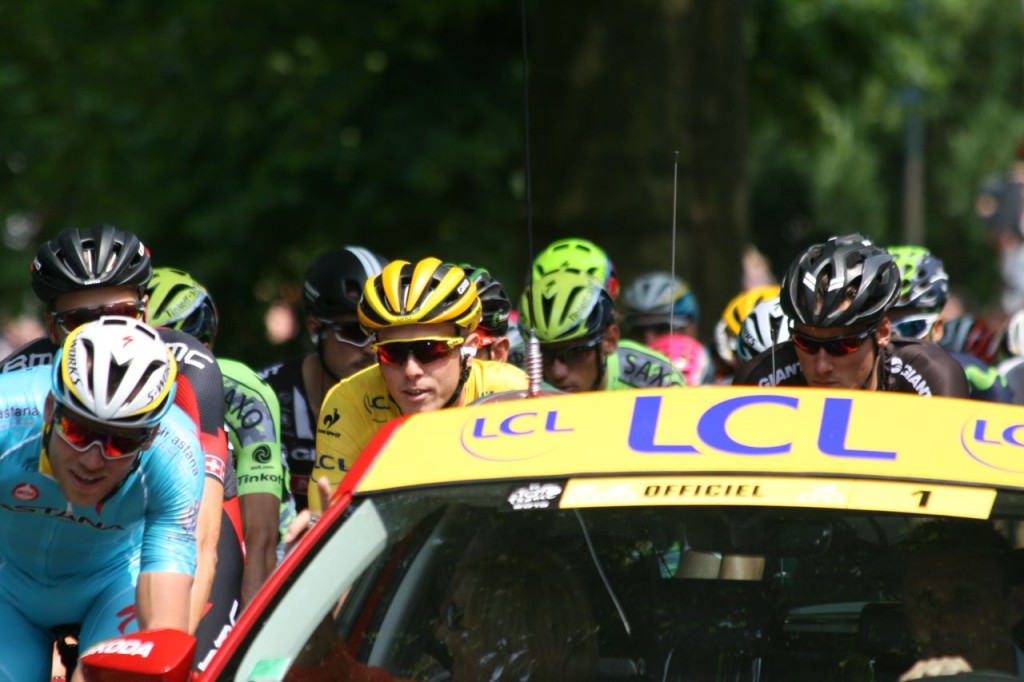 Cyclist: It would appear you spend about as many days on the road as riders in the WorldTour, what keeps you so enthusiastic about cycling after so many years?

Phil: I really don’t know. I just don’t get tired of it. Everyday of my life, even when I’m on holiday, I spend the first hour checking the days results, the previous days results and putting them all into the record books. I’ve been totally immersed. I’ve never said ‘I’ve had enough of this’. Not once. It was like when Sean Kelly was a cyclist, he was the guy who never suffered bad morale. No matter the weather, he went down to his bike, put clothes on for the day and went out there. I’m the same, I’ve always relished the occasion. I don’t lick my lips when I go to the Tour because after 43 of them I’ve been there before. But at the same token I still marvel when I see the bike riders go past with the numbers pinned on. I suppose, deep down, I wish I was doing what they’re doing but I didn’t have the ability. I just love the sport and I really love seeing the young kids succeed. Someone like Rohan Dennis who works hard and gets the results. This has given us the chance now to go on stage and talk about it. Hopefully it will inspire some of the youngsters in the audience to go out and be superstars and have a great life. Despite all it traumas of the past, it’s still a fantastic lifestyle.

Cyclist: If one morning you woke up not interested in cycling , you had to have another career of this same enduring length, what would it be?

Phil: It would only be animals. Animals have been my life. I started out as a zookeeper. I wanted to be a zoologist and then I became a bike rider. I do a lot of work within the wildlife community. I’m a patron of bird life South Africa and now have gotten involved in helping rhinos because of the slaughter of these animals around the world. I actually did a charity ride last Sunday to raise money for them and spend a lot of time in South Africa because of it. I would probably put my energy into that but I’m 72 now but feel about 50. I got great delight on Sunday when I blasted guys off my back when 40 years younger when I climbed this huge mountain in bloody Cornwall. It makes you feel good but I apologised afterwards because I know I felt I shouldn’t. But you still want to do it when you’ve got the competition in your legs. I don’t suppose I’ll ever fall away from cycling. It will probably see me die on the job.

Dates and locations for the Tour on Stage can be found here. 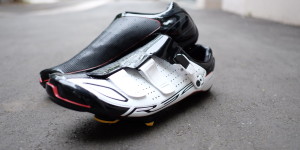 Shimano’s R321 sees the Japanese components and accessory manufacturer come to the...