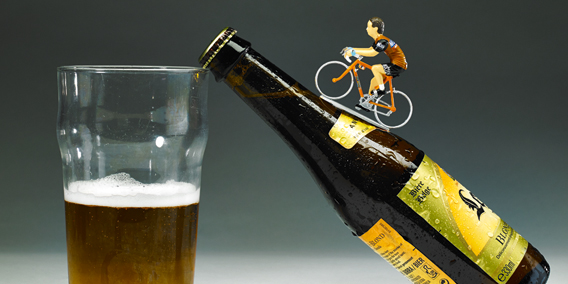 Posted on August 5, 2015 by Cyclist Australia/NZ

Nothing tastes so sweet as that first sip of beer after a hard ride, but is it just a harmless treat?

Go back far enough and booze was considered a suitable drink for helping riders endure the rigours of the Tour de France. From the first edition of the Tour through to the 1960s, riders drank alcohol in an attempt to dull the pain in their legs. The French were particularly fond of beer and wine, and for a time after World War I even believed it was a safer bet than water because of the damage the war had done to water pipes and the pollution it had caused.

It took the death of Tom Simpson on Mont Ventoux in 1967 for the pros to wake up to the dangers – the Brit had consumed a deadly mix of alcohol and amphetamines, which at the time were also widely used to enhance performance, before collapsing less than half a kilometre from the summit.

These days, it’s unlikely that even the most casual of riders will carb-load with lager before heading out on the bike, but uncertainty remains over whether there is any place for the occasional beer if you’re training or racing hard.

‘If you’ve done a single-day event, a beer isn’t going to hurt you,’ says Nigel Mitchell, head of nutrition at Team Sky. ‘That’s so long as you’re not over the limit when you’re driving home, of course.’

‘You deserve it,’ agrees nutritionist Sarah Schenker. ‘It’s OK as a one-off.’

‘On the plus side, the carb content can help recovery – in some people – and it does help restore fluid,’ says Mitchell.

A load of carbs

So there is some good news. Every brand of lager and bitter is different,
but regular lager (4.5% ABV) contains 10-15g of carbohydrate per pint. Real ales contain 10-20g per pint, while stouts, porters and Guinness can contain more than 20g per pint. ‘Light’ beers tend to contain less than 10g.

The bad news is that Mitchell might be scraping the bottom of the beer barrel trying to find a benefit to this.

‘The consensus is that you should drink around 1-1.5g of carbohydrate per kilogram of body weight after hard exercise,’ says Anita Bean, nutritionist and author of Food For Fitness. If you weigh 75kg, that’s 75-112.5g of carbs, which would mean you’d need to down around 10 pints of regular lager to replenish your stores from the amber nectar alone. ‘That’s quite a lot of beer,’ says Bean, with masterly understatement. 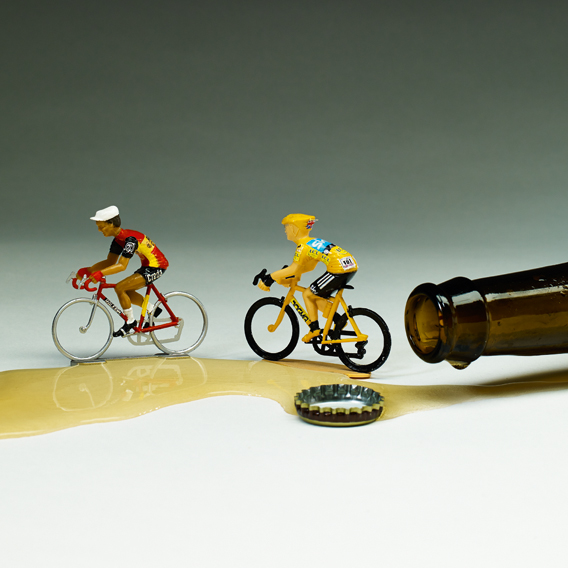 Proponents of beer consumption claim there are other health benefits to drinking moderate amounts, though. The yeast content has useful nutrients including magnesium, potassium, selenium, phosphorous and B vitamins. But don’t get too carried away. ‘It might contain small amounts, but they’re too small for you to get any benefit,’ says  Bean. ‘There was a study conducted in Germany in 2012 that found beer contains polyphenols, but again the amount is too small to be of any benefit without drinking so much that it harms you in other ways. That’s why beer is known as “empty calories” – it contains carbohydrate with no other nutritional benefit.’

Where beer does score is through being largely water-based. ‘You do need to rehydrate, and the fluid from a weak beer or shandy is fine,’ says Schenker. ‘The dehydration effect from alcohol isn’t going to kick in if you have half a lager, and it does count towards rehydration. It’s perhaps not the best thing you could drink, but it isn’t the worst either if you have it in moderation. Three or four pints isn’t a good idea after a race when your body is low on fuel, however.’

Not least because you will feel the effects of the alcohol more after a long day in the saddle. ‘That actually happens because you’re dehydrated, and the alcohol absorbs faster into the blood,’ says Bean. That said, beer is better than certain other alcoholic drinks in this respect. ‘Beer is 93% water and lower in alcohol than wine, so in small amounts it will rehydrate you rather than dehydrate you,’ she adds.

So remember: if you insist on popping a cork after a race, it should be to spray your rivals with champagne rather than down a bottle of Châteauneuf-du-Pape.

There are other downsides to beer, even in small amounts. It’s high in sugar, which is created from starch during the brewing process, and calories. Many regular lagers contain more than 200 calories per pint, with premium lager topping 300, and although ale and stout contain slightly fewer calories, neither is what you would call a sports drink. In fact, at seven calories per gram, alcohol is second only to fat – at nine calories per gram – in terms of calorie content. You can allow yourself a little of what you fancy, of course, but if you’re in serious training or mid-season and racing regularly, too many ‘empty’ calories – which contain no nutrients that are beneficial to the body – will simply slow you down.

‘If you are going to have a beer, it’s best to rehydrate with other drinks as well – ones that don’t contain alcohol,’ says Schenker. ‘Then, three or four hours after the race, once you’ve done your stretching and maybe had a massage, you should eat a good-sized, healthy meal.’

‘Straight after a race, have it with water [not in the same glass – that would be madness] and a snack that can give you 200 calories with 50g of carbs,’ says Bean. ‘Have a banana with a yogurt, because that will give you sodium and electrolytes to enhance recovery. Or you could have a cheese sandwich on wholemeal bread or some fruitcake. Carbs and polyunsaturated fat will slow the absorption of alcohol – just don’t use this approach to line your stomach so
you can have more beer.’

We’re not here to tell you what to do, but you might want to hold off if you’ve just got off the bike at the end of a long day during a multi-stage event.

‘It’s not a good idea if you’re racing the next day, especially if you have trouble stopping after one beer,’ says Mitchell. ‘But when it really comes down to it, the occasional beer or glass of wine isn’t going to hurt you.’ 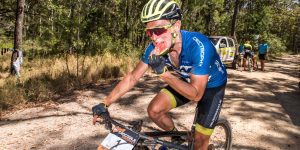 Regular programming resumes at the Crocodile Trophy today as riders took on Stage 3 from R...