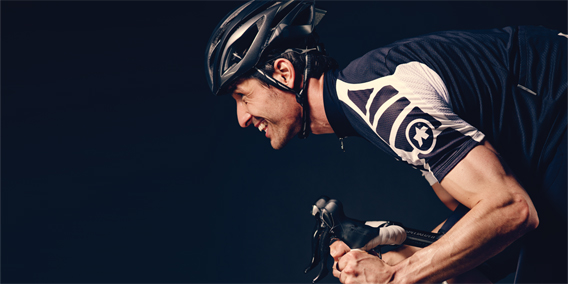 Increasingly our two-wheeled champions are putting their victories down to training what’s above their necks as well as below them. So is mental strength really the secret to cycling success?

When legendary hard man Jens Voigt was asked by a TV crew how he coped with the pain during the 2008 Tour de France, he responded, ‘Sometimes you can hear your body talking to you. It goes, “Oh, I can’t do it anymore, I can’t do it anymore!” And then your mind goes, “Shut up body and do what I tell you!”’

It was spoken partly in jest, perhaps, but for many riders Voigt’s perspective on suffering is the essence of the pro cycling experience: the mind must be strong enough to push the body beyond what it thinks it’s capable of. However those in the know understand that a strong mental attitude goes much further than just being able to make yourself suffer more than the next man.

‘Winning isn’t all in the mind, but it’s a large part of it,’ says sports scientist and cycling fitness coach Alan Heary. ‘I might be able to convince somebody in their
head that they’re a Tom Boonen or a Fabian Cancellara, but if they don’t have the training they’re never going to ride off the front like those two can.’

One thing that isn’t in doubt, though, is even with the physical ability, if your mental toughness is lacking then your potential will definitely be limited.  ‘Two types of rider come to see me,’ says Heary. ‘Firstly there are those who want to train their minds as they do their bodies. I’ll test them on what I see as the five components of mental toughness – concentration, confidence, commitment, anxiety control and positive mental attitude – to see how they’re performing and then work with them on areas that need improvement. Secondly there are riders who have quite specific issues to work through, such as having problems with aggression or being terrified of descending after having a crash.’ 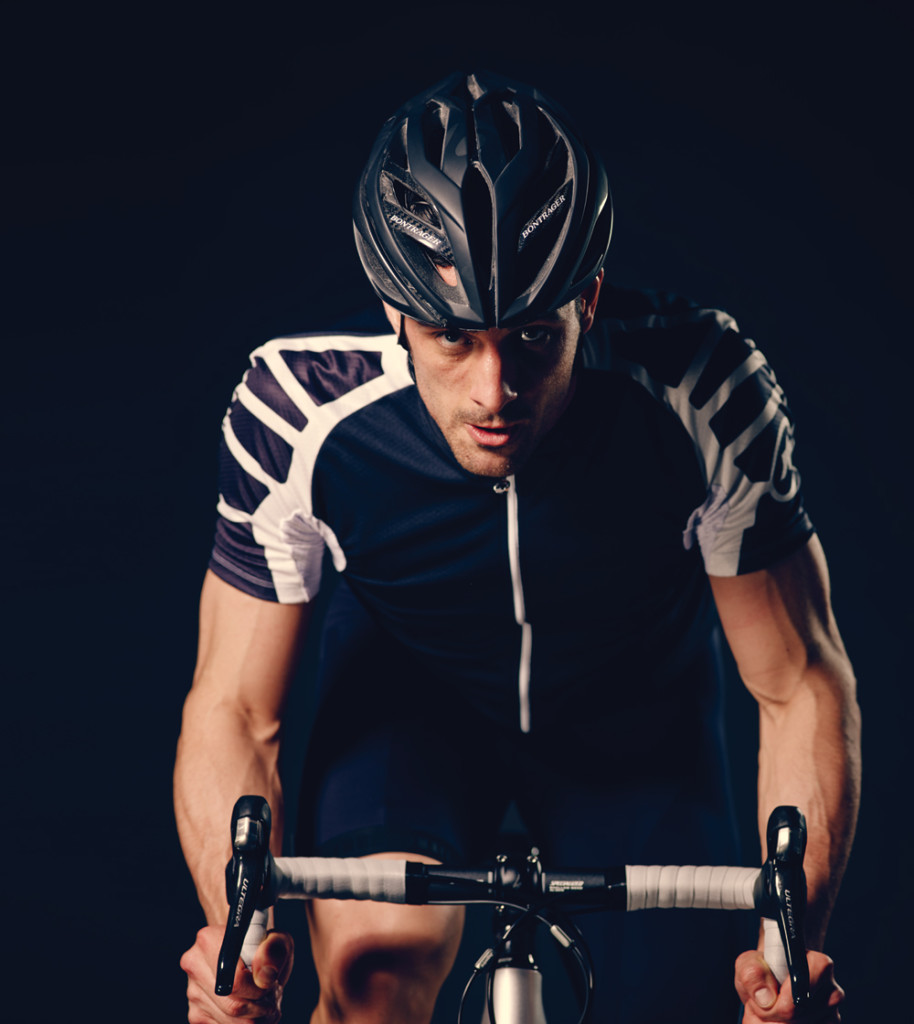 Anger is an energy

Like so many aspects of cycling, all riders are individuals and what works for one may not for another. ‘If a rider feels there’s something that’s making their performance worse, we’ll look to change it,’ says Heary. ‘If they don’t think it’s
a problem, we’ll leave it. For example most people find getting really annoyed shifts focus from their performance to those around them, creating tension and anxiety, but if a rider says to me that anger actually improves their concentration then that’s fine.’

Whether the red mist is your secret weapon or not when it comes to an event, it always pays to set goals beyond simply winning or getting a PB. ‘Feeling in control is a huge issue for riders,’ says Heary, ‘and being able to tick off goals during the build up to a race reduces anxiety massively. These can include getting up at a certain time, having something specific for breakfast and arriving at the event with enough time to get warmed up,’ he says. ‘It’s all part of building you up for when you finally get on the bike.’ Confidence, as the saying goes, is preparation; everything else is beyond your control.

‘You need to focus on what you do want rather than what you don’t,’ Heary adds. ‘A lot of riders fixate on things going wrong or things they don’t want to happen – my job is getting them to change that. For example many say, “I don’t want to be nervous on the line, I want to be confident,” or “I don’t want to be thinking of the other competitors around me.” The trick is not to block out
the anxiety but to reframe it.’

‘Interpretation is key,’ says British Psychological Society and clinical sports psychologist Dr Victor Thompson. ‘If a rider perceives the nerves they get before an event as a sign that something is amiss, they’ll be on the lookout for things going wrong, maybe play it safe to reduce any risk and not perform to the best of their ability.’

Reframing the feeling can turn these negative feelings into positive ones. Ask yourself, why do nerves indicate that you’re going to have a bad day? Is there any evidence that this happens? ‘I don’t tell riders how to think,’ says
Dr Thompson. ‘Rather I help them question what they do automatically and teach them how to respond positively. If riders take the symptoms of nervousness and interpret them as, “I’m ready to go, bring it on,” they’re going to be much more likely to look for opportunities to go for it instead of being cautious and reserved.’

Whether pre-race nerves are a problem or not, one thing every rider will experience at some point is pain – how you deal with this can make the difference between a winner and an also-ran. ‘Most pro riders see pain and discomfort as things that are necessary and desirable,’ says Dr Thompson. ‘They’re not to be avoided, reduced or minimised. They see purpose in suffering – it’s an indicator that they’re working at the right level.’

For those of us who lack such sadomasochistic tendencies, extreme discomfort is our bodies’ way of telling us it’s time to stop. This self-defence mechanism, known in psychology as Central Governor Theory, reduces the neural recruitment of muscle fibres, resulting in fatigue that causes you to stop the exertion that may cause damage to your body. However there are strategies to override this and eke out that little bit more effort.

‘The human brain can only focus on one thing at a time,’ says Heary. ‘If you’re concentrating on the burning in your legs, that’s all you’ll feel. Instead, try to focus on something different, such as pedal stroke, driving your knees high, or even shift your attention to your breathing. When riders talk about breaking through the pain, what they really mean is they’re thinking about something else.’ Cycling is also one of the only times you can get away with talking to yourself in public without people moving away from you. ‘Self-talk is very important for confidence,’ says Heary. ‘Try running a mental commentary of your performance, as if a TV pundit is in your head telling you how strong and fast you are. Alternatively take a positive phrase and focus on it, repeating it over and over until it becomes a mantra.’

Heary also recommends using visual props when the going gets tough. ‘If you’re struggling on a climb, imagine there’s a bungee chord attached to the bike,’ he says. ‘Use it to pull yourself up to the next corner, lamppost or car. It breaks down the task at hand into short steps, giving you small goals to concentrate on rather than one big one.’

It used to be the case that pro riders wouldn’t dream of admitting to having spent time with a sports psychologist – it might hint that you were something less than a cycling machine; an emotion-free, race-winning android. That outlook has changed, and today pros are more willing to discuss the benefits of a bit of head doctoring.

‘Athletes used to come in and didn’t want anyone to know that they’d been,’ says Heary. This change in attitudes toward training the brain as well as the brawn can be put at the door of one man and his work with Team GB during the Olympics and in particular the GB cycling team. Sports psychiatrist Dr Steve Peters made headlines when Bradley Wiggins spoke openly about how taming his ‘inner chimp’ was key to his Tour de France and Olympic wins. According to Peters, your ‘chimp’ is the emotional part of your brain and can dominate in times of stress.

‘I use the example of a chimp as part of a model to explain in very simple terms different features of the brain,’ says Peters. ‘You have an emotional brain that acts like a chimpanzee in that it’s impulsive, aggressive and doesn’t care for the consequences. Then you’ve got the human part which is logical and rational – the computer part, which is process driven. Unfortunately the chimp is dominant, which is exactly what you don’t need during competition. At these times you need to get the computer running, which is a skill that needs to be practised in the same way as you’d work in a gym.’

Dr Peters’ techniques are outlined in his book, The Chimp Paradox, although he too admits no two athletes are the same. ‘Some sportspeople thrive on these pressures,’ he says. ‘Some don’t even see them as pressures. The human side of us says sport is all about the struggle, not about the winning. The chimp says, “You’re joking, I’m out there to win.” I’m not saying the chimp can’t help us compete, it’s just that as a system it’s unstable and the probability is high that it will at some point let you down.’

Someone who has embraced his simian self is Team Sky’s Ben Swift. ‘I’ve been in the British Cycling system since I was a junior and I’ve sat in on seminars on mental fitness and spoken to Steve about the chimp,’ he says. ‘Obviously it all makes sense but I thrive on competition and never get anxious before a race. If anything I use the emotion to my advantage. I know not everyone’s the same but I don’t really have any doubt in my ability and if I know I’ve trained hard I just get out there and do it.’

So for those of us not blessed with the confidence that comes with riding for one of the world’s top teams, should we spend as much time on training the grey matter as we do on hill sprints? ‘I don’t think most riders need to put in any more time than they’re already doing,’ says Thompson. ‘They just need to use time on the bike slightly differently and mentally practise what they want to execute while doing it physically. Making it part of your routine is important – you need to believe and trust in the process.’

Having these mental skills is like being able to sprint or climb – it’s good to have but you don’t need it all the time. Once you’ve found techniques that work you can tap into them when you need them most.

‘Pro or not, everyone can benefit from mental training,’ says Heary. ‘Mental toughness is the ability to understand and focus on your goals, and to maintain confidence and motivation levels. It’s the ability to push everything else to one side and commit yourself to the ride and what you want to get out of it. I like to use the word “congruence”, the coming together of both mind and body for a single goal.’

Where’s your head at?

Sports scientist Alan Heary suggests his top three tips for ensuring you’re in the right frame of mind for your next race, sportive or training ride. 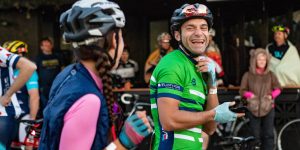