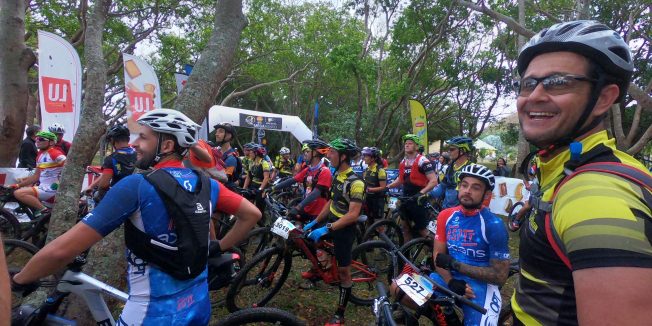 Posted on November 4, 2019 by Cyclist Australia/NZ

Cyclist makes up for the misfortune of Mega Cool Stage 1, with a few repeat mistakes but a happy ending at New Caledonia’s Shell Pacific Megarando.

With a stomach full of French crepes and salted caramel sauce (I just couldn’t help myself) I slowly make the 2km journey from the Sheraton Deva Resort to the Megarando Race HQ at Poe Beach.  The overnight rain has only just begun to ease but the sun shows no sign of appearing anytime soon.

Today is the second and final day of the Shell Pacific Megarando in New Caledonia and there are three Mega Cool distances on offer: 30km, 45km and 60km. Primed for the 30km event I have time to look around the trade tents and watch the 60km and 45km waves roll out before I’m called-up to the line.

Like cattle in a herding pen, we’re eventually mustered into the Mega Cool start chute and settled, awaiting our rider briefing. As if aimed at me, the Race Director holds up a red arrow and repeatedly (in French) points to it. Fingers-crossed I stay on-track today! 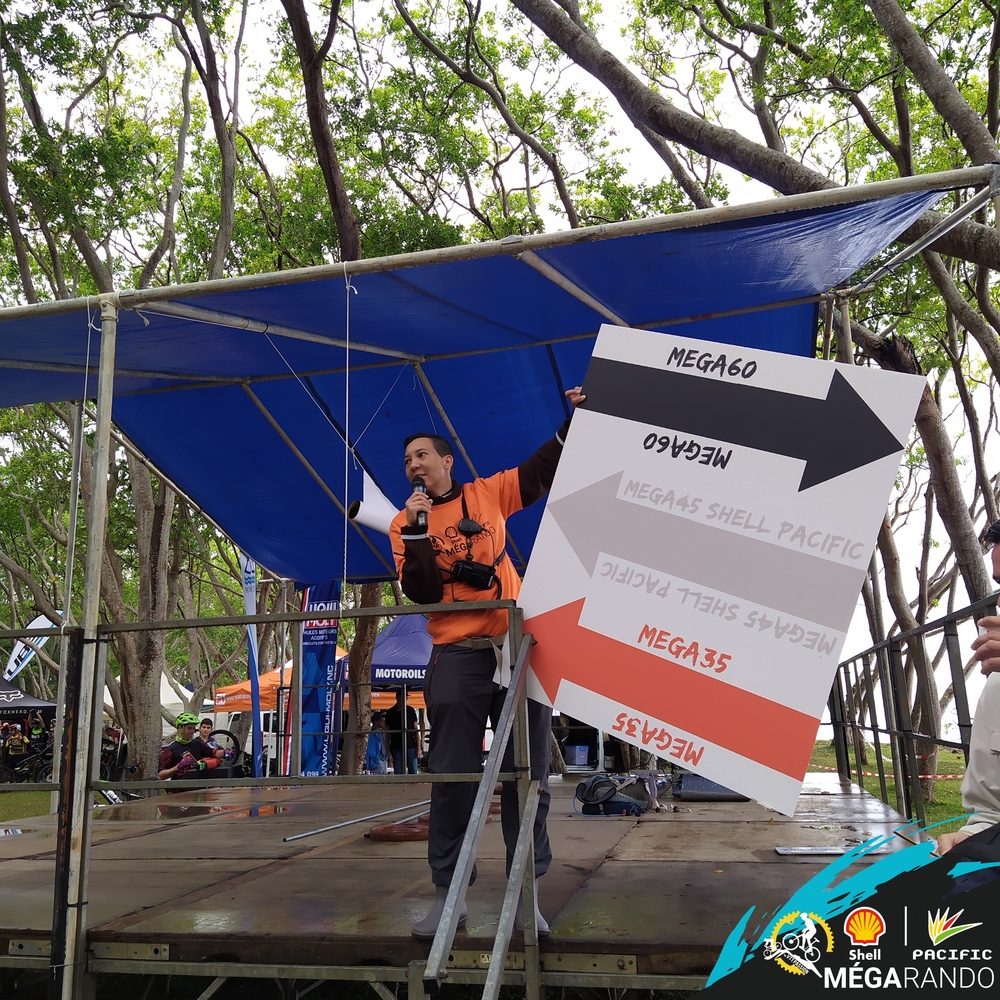 With several hundred tyres already out on a wet course in-front, I underestimate the treachery that lies ahead. Only 500m into the Mega Cool  30 and the soft, wet, slippery ground is claiming casualties. The further inland we ride, the muddier the ground becomes.

After only 5km I have fallen into the mud three times (and witnessed countless others do the same). The third is on a steep descent which snaps one of my seat rails. I need to be more careful but it’s like ice out there. Irrespective of what tyres riders are being used they now all appear the same soft grey oozing mess.

I can see this is going to be a longer than expected day in the saddle – if mine lasts the distance – so I ease back on the throttle and try to enjoy the gorgeous views on offer. At about 17km I get a sense of déjà vu. Why yes, 202bpm! How could I forget that climb from yesterday… Sure enough, there it is in-front of me. I find my 50-tooth cassette cog and settle-in as one-by-one, riders ahead of me dismount. I reach the summit with my Wahoo showing a very happy 161bpm. Lesson learnt.

At the base of the descent I am greeted by an aid station where I casually stop to enjoy a cup of Pepsi, two small jam-filled biscuits and a salty cracker. One of the staff attempts to clean my bidon as she fills it but I politely inform her it will be covered in mud again within five-minutes. She smiles and does it anyway. Looking around at the other riders covered in mud I can only assume I look the same – if not worse after my exploits on the ground earlier.

Surprisingly, the next few kilometres aren’t as muddy which comes as a relief for my legs and my bike. I take the opportunity to avert my eyes from mud-watching to enjoying the scenery and views from the many rolling hills. My daydreaming is eventually interrupted by the bleating of a wild deer. Not being familiar with deer or their language I decide to pedal a little faster. 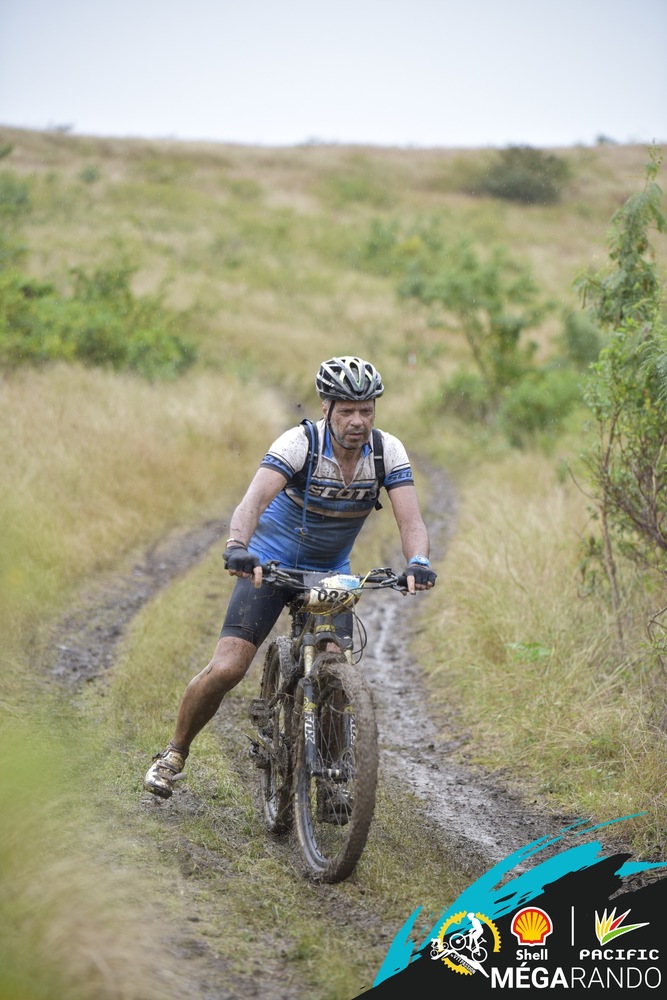 After two wrong turns (thanks to course marshals who aren’t watching) I arrive at the final aid station (~28km) for another cup of Pepsi. One of the riders there taps me on the shoulder and points to the climb that awaits, a 100m high wall spread over 400m. I ask for a Pepsi refill as I contemplate the pain ahead. I also take a minute to remove as much mud from my bike as I can. No point carrying that extra weight uphill.

I successfully make the climb on the bike, putting time into the two riders I have been yo-yoing with all day – who decide, or are forced, to walk it. As expected, the views from the summit are spectacular and so to are the four rolling hills I must traverse before dropping to sea-level and (hopefully) the finish-line. Unbeknownst to me, those four hills are a Strava segment – where I take the 4th fastest overall as I flee my pursuers.

Back on the coast the trail weaves its way across soft 4WD trails and singletrack before a final section of slippery mud, as if we hadn’t seen enough. The course then does a complete 180-degree turn through a culvert under the highway, which totally disorientates me and the rider who has stopped ahead to consult the map on his phone. I ride on regardless.

Within five minutes I skirt the outer perimeter of the Sheraton Golf Course and observe the rider ahead dismount and lay down on the trail. As I approach, he appears to be writhing in pain from legs cramps, with barely 3km to go that’s very bad timing. I offer words of encouragement as I push on once again. Thankfully it’s not me in his position.

The last section of the course is on the main road and I can’t help but smile to be riding on firm ground. I eventually cross the finish line, happy to have found it this time. Several hours later whilst perusing the results I find I have won the stage. Woo! 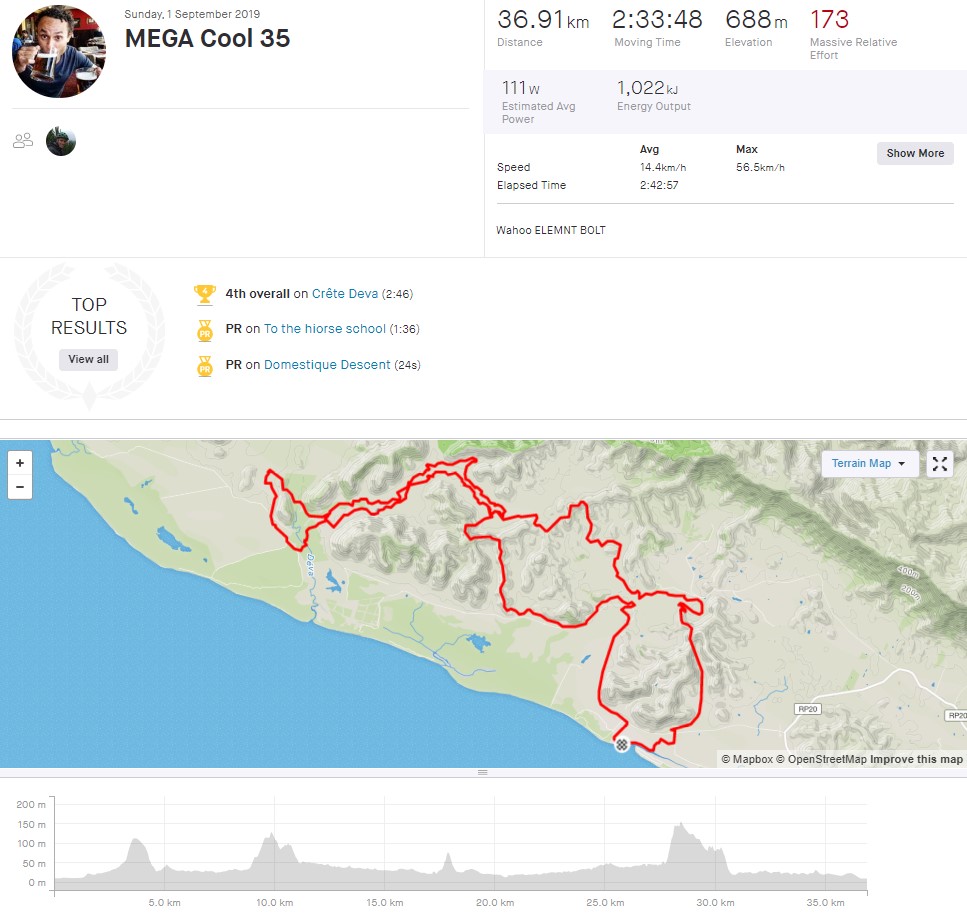 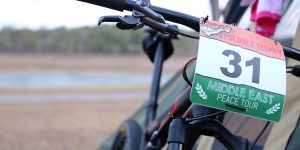 Insider: What to pack for the Crocodile Trophy

You need a lot of kit to take on an eight-day race like the Crocodile Trophy. Here̵...