The penultimate stage of the 25th Crocodile Trophy to Hartley’s Crocodile Adventure park wouldn’t be the longest or hardest but it was most certainly the fastest so far. Run from Skybury to the coast, Stage 7 would be the final mass start stage ahead of tomorrow’s final time trial to Port Douglas.

All going to plan, Alan Gordon (Insect Science) will ride into Port Douglas tomorrow as the winner of the 25th Crocodile Trophy. The South African catapulted himself into the lead with a dominated ride on the Queen Stage and has looked unshakeable ever since donning the Croc leader’s jersey.

After 84km of racing and just over two and a half hours, it was Bart Classens who took his fourth stage win but I’m sure even the Dutchman was surprised just how ‘easily’ he did it. The final five kilometres of the stage were run down a fully sealed bitumen descent that was built by a property developer – without the consent of the authorities.

Little did any of the racers know but if you just so happened to be at the front at the bottom of the descent, you were almost certain to finish ahead of anyone behind – such was the sharp right-hander immediately before the Croc finishers arch. That said, Classens was on fire again during the stage and was undeniably one of the strongest today. 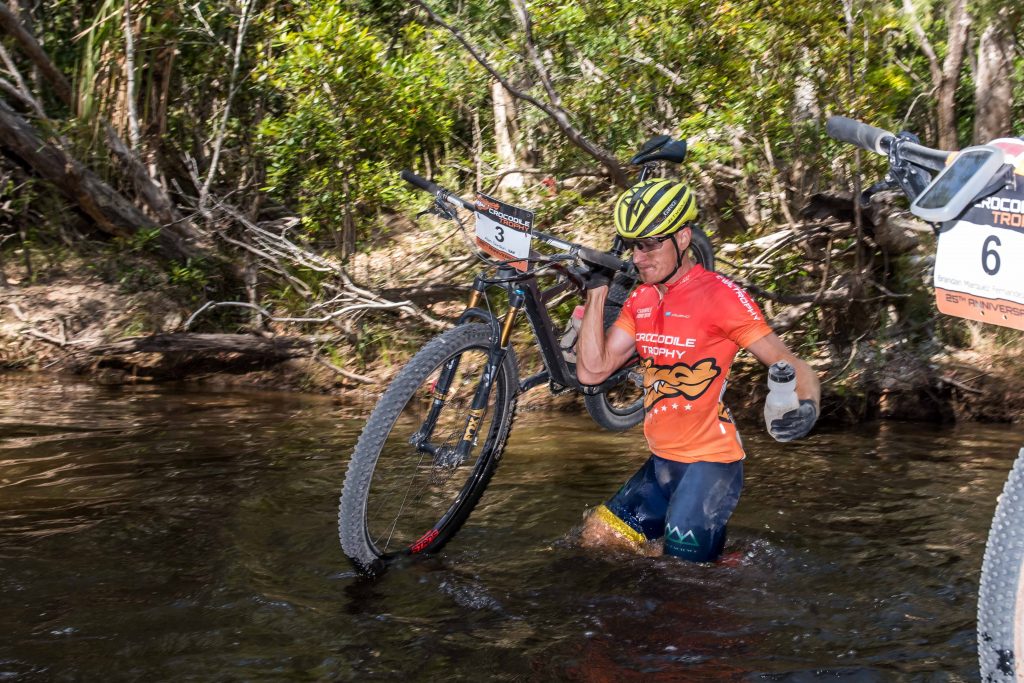 Today may be the penultimate stage but for me, today was my final opportunity for a result. Tomorrow’s individual time trial kicks off with a 5km (the one we blasted down at 70km/h today) and I fully expect to be caught by quite a few of the riders starting behind.

With that in mind, I again pushed hard to make an early breakaway stick. The challenge with today’s stage is that the opening 50km is so flat that it’s often a huge group that rolls along at a nice pace.

After a few attempts, eventually I got the gap needed to lure a couple of additional riders across. ‘CP’ from Insect Science and a fresh-legged 3 Day Croc’er Damian were keen to push along the exposed gravel roads and farm tracks before Stijn Van Boxtael jumped from the chasing bunch to make it a strong four-man group.

By the time Van Boxtael had made the junction, I had already begun to feel the effects of the last two days of breakaway attempts. That said, once in the move, it’s really about telling yourself to keep pushing for as long as possible. 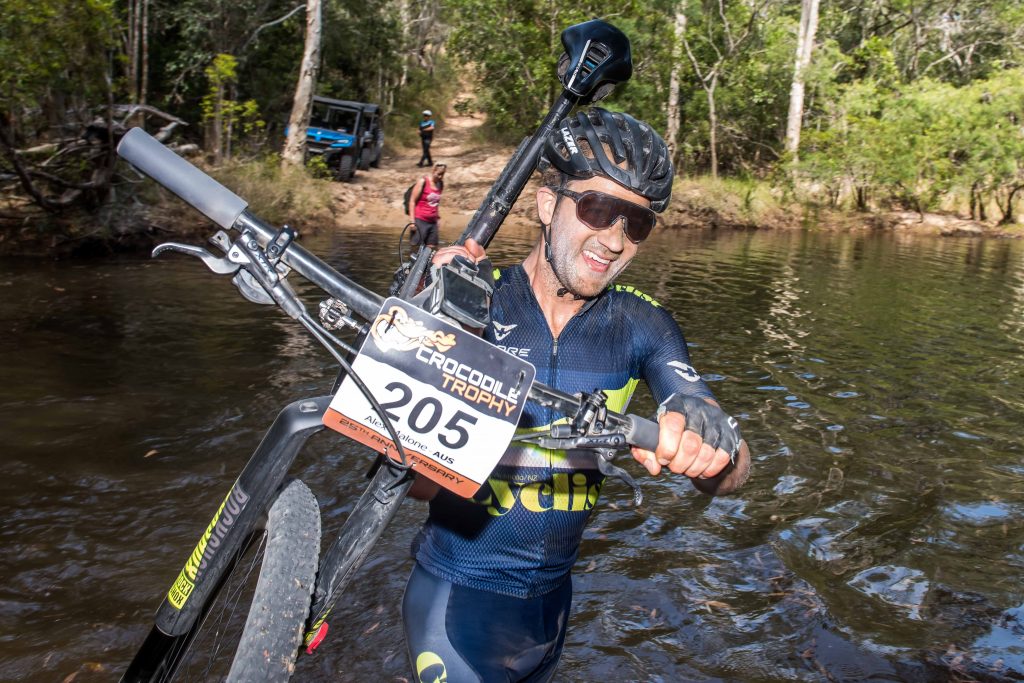 Van Boxtael and CP managed to hang with the chasing GC bunch over the top of the main ascent but I couldn’t quite get there in time. Thankfully, the always charging Lukas Kaufmann wasn’t far behind and we swapped turns to the finish.

Stage 8 has traditionally been a time trial and tomorrow is no different – apart from the hillier course profile. Immediately after crossing the starting mat, riders will head back up the road we descended today for what will likely be around 450m of ascent (quite a warm up). Riders will then take a right-hand turn and head into the Twin Bridges Track, which I rode back in 2017 in the reverse direction. It’s tough going but a lot of fun at times. It’s double track wide but really, it’s only rideable along one line.

Tomorrow’s course includes the famous Bump Track but there’s around 33km before dropping straight off the range and down 400-odd metres in around 1km. As per last year, the official finish line will be placed at the bottom of the Bump Track where all riders will regroup (and rehydrate, hopefully) and ride along Four Mile Beach as one. Dubbed the Greg Parr Stage, the group ride into Port Douglas is dedicated the the late Parr who had been involved with the Croc for many years.

In a change from day’s prior, Croc Tales is more of a Croc rant which is a shame because I’ve had the best time during this year’s Croc. With just a little bit of foresight, these sorts of rants just wouldn’t be necessary.

The finish of today’s stage is not how you run a cycling event.

Organisers were informed that today’s route would take well under three hours, even at 84km in length. It’s clear however, someone didn’t quite take that advice seriously enough. Given the site at Skybury needed to be packed up and moved to Hartley’s, there was always an understanding by the riders that logistically, it was going to be challenging.

Today’s short stage meant a tricky situation for the crew as they’d have to pack up and (attempt to) arrive prior to the first riders steaming down the hill.

That’s all good. We had the same thing when departing Ringers Rest on Stage 3.

Suffice to say, a large majority of the racers got to Hartley’s before anything was setup and despite the usual hot North Queensland temperatures and high-intensity stage, little was done to help riders recover ahead of tomorrow’s final.

The logical thing to do, a recommendation for next year (if the same stage is used) is to send a vehicle or two ahead with a drink and food/recovery station – just like we’ve found after every other stage. This could be setup ahead of the trucks’ arrival and allow riders to rehydrate and refuel immediately after the stage. With only the final TT stage to go, it’s not a big deal but if this happened ahead of the Queen or more demanding stage, there could be serious implications for riders both at the front and towards the rear.

Tomorrow we ride into Port Douglas to celebrate the finish of the 25th Crocodile Trophy and the smiles will be as wide as Four Mile Beach. 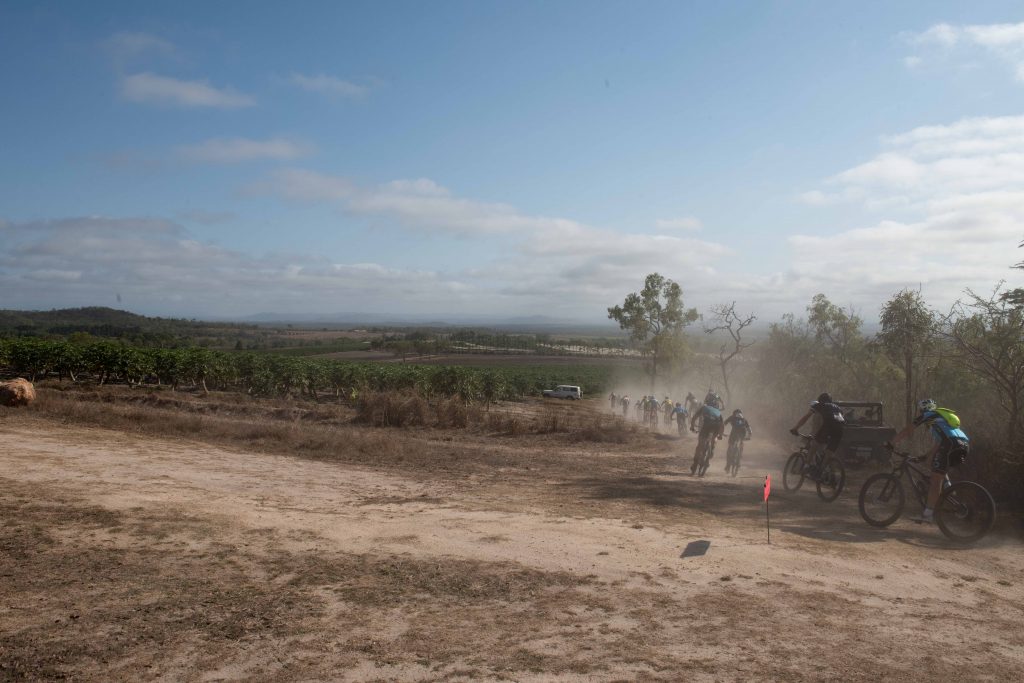 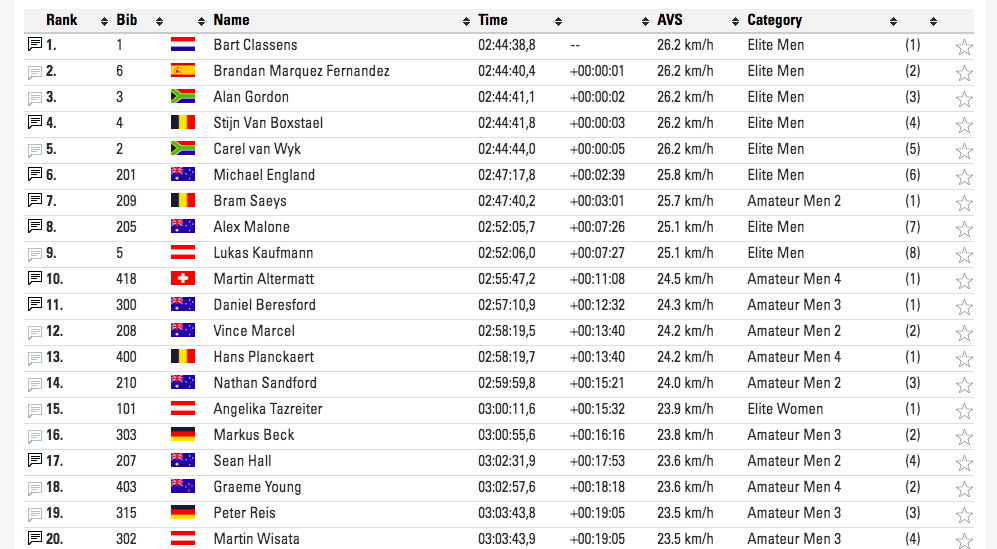 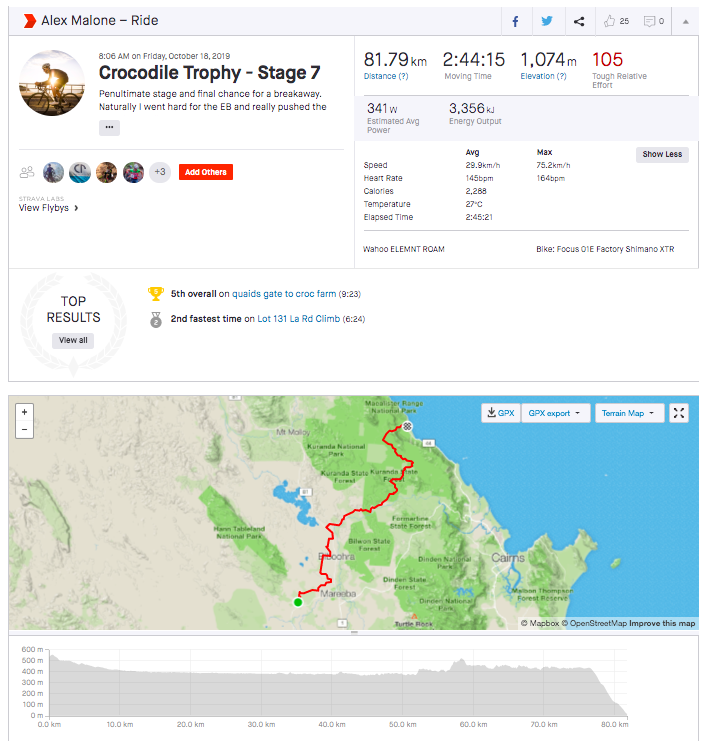 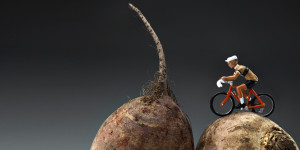 Eat to the beet

We look at the performance-enhancing powers of the humble beetroot When Apollo, the Greek ...