Dubbed the Mount Edith Loop by North Queensland locals, Stage 2 of the 2019 Crocodile Trophy would take riders away from the rugged landscape of Ringers Rest and into the lush surrounds of the Danbulla Forest National Park. With over 2,000m of climbing squeezed into the 78km course, this would be one for the climbers and descenders alike.

Rolling out from Cairns Esplanade with dossard number 1 on his back, it’s fair to say Bart Classens had a point to prove today. Yesterday, the Dutchman failed to keep up with a charging Michael England but on Stage 2, things would be very different. At the end of a near 80km stage, Classens would take the victory ahead of Insect Science rider Alan Gordon with Stijn Van Boxstael and Michael England following in around a minute behind.

An unfortunate puncture for Angelika Tazreiter would see her slip a few spots down the general classification standings but the current leader of the Women’s category would do more than enough to hold onto her jersey for another day. I’m staying firm with my bet the Austrian will find her way into the top-10 by race’s end. 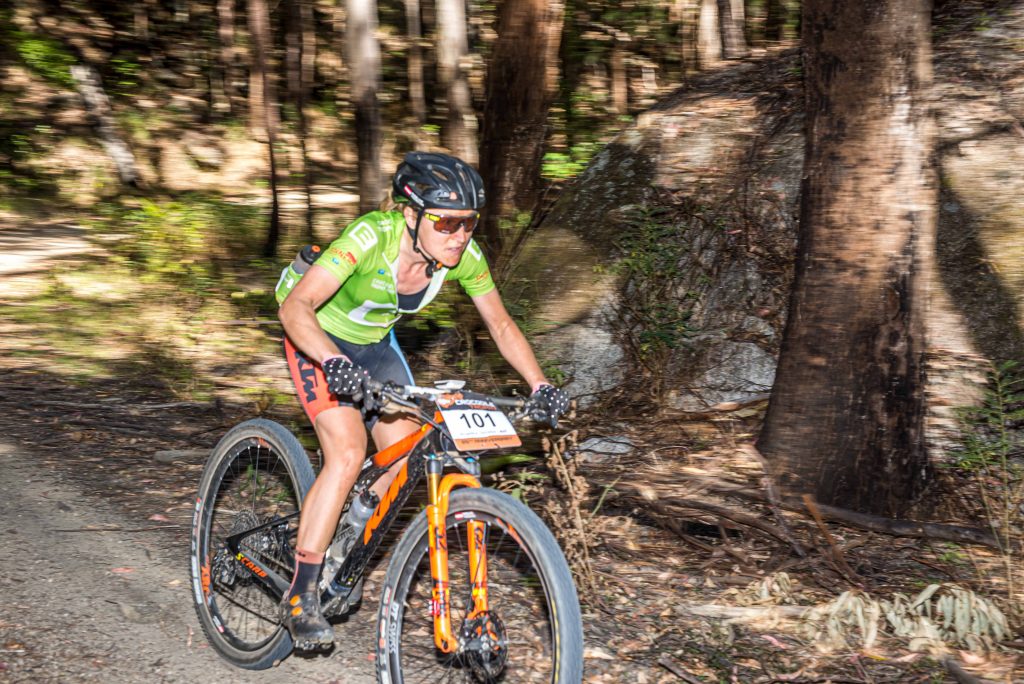 Trailing in around 10 minutes later, Lukas Kaufmann, Bram Saeys and myself rolled into Ringers Rest after spending most the stage together. Saeys is clearly the best climber out of our group while Lukas “Lunatic” Kauffman – his new nickname having followed him today – can bomb a descent. The battered meat between the sandwich is myself, hanging on for dear life on the ups and crossing all of my digits on the downs. I think the three of us will spend quite a bit of time together over the coming six stages. 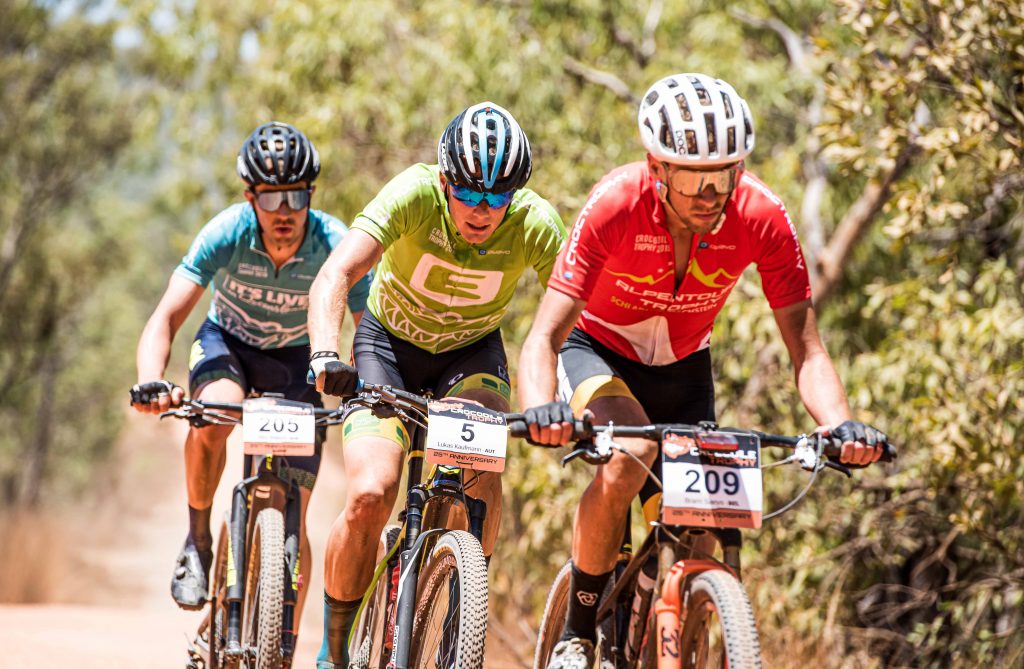 I wouldn’t exactly call myself a Croc veteran however, having completed a total of 10 stages, today is up there with one of the best. The Croc is known for its barren and true Outback landscapes but folks forget North Queensland also has an abundance of lush rainforest. Today we got to ride through just a snippet as we took on the Mount Edith Loop, a 40-odd kilometre lap featuring three main ascents all heading upward of 1,000m above sea level. Given the official lap on Strava excludes the opening part of the first climb and the final descent, it’s fair to say you do about 2,000m of climbing all within a 50km circuit. It was very much solid, but with gradients more within the realm of those like myself, with an affinity with the 3-5% slopes, it was manageable.

Yesterday was like heading out for a ride at midday, during the middle of a Sydney summer. It’s just not something you’d generally sign up for and I’m sure, it’s not really recommended for long-term health. The Croc however, doesn’t employ a UCI protocol for hot conditions. If it did, we’d be riding around the block each morning instead of chugging our way through the Queensland Outback. The conditions are what make this race special and it’s how you manage your nutrition and cope with the heat that separates the field. 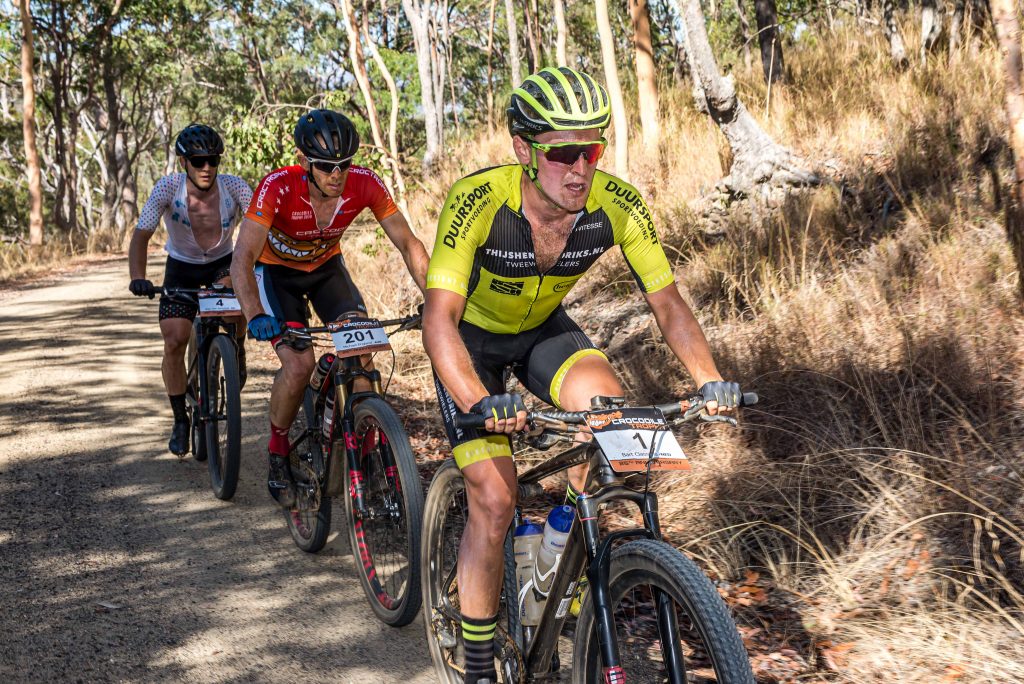 Thankfully today was a little cooler and without a late roll out and neutral zone (like yesterday), we were off and racing by 8am. Having really tried to ride within my limits yesterday, scorching heart rate omitted, today was about doing the same. Get sucked into riding someone else’s race during an eight-stage tour and you’ll pay for it sooner rather than later.

Luckily enough, my pace was also more or less the same as two others with Saeys and Kauffman happy to stick together for most of the stage. With so much climbing (and descending) on the program it was always going to be difficult to ride on the wheel all day but coming into the finish back at Ringers Rest, the three of us were content to cross the line as a group. 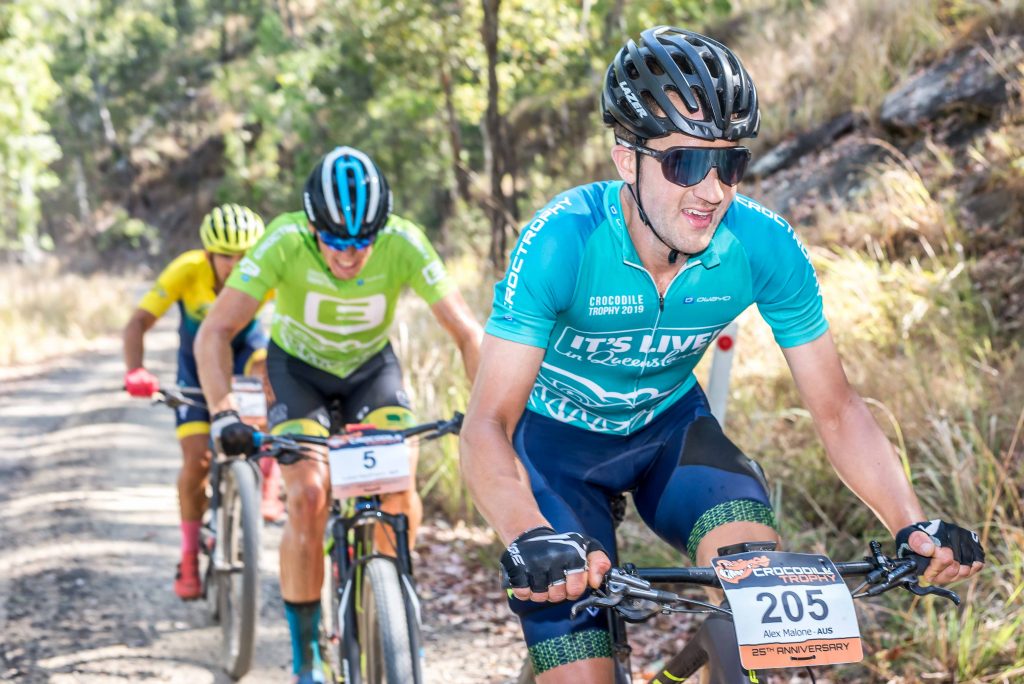 A bottle of water, one can of coke and a serving of Optimizer later and I was ready to hit the jobs. One thing not often spoken about at multi-day events like the Croc is the number of jobs that nearly every rider has to get done before hitting the hay. If you’ve got a support worker here, chapeau to you because life is extra breezy. If not, it’s crazy just how many things seem to need doing before you can really settle down. My Croc routine normally goes as follows:

1. Cross the finish line, give some high fives to those also finished and grab a drink or three.
2. Head to the tent, unload used wrappers, grab your bike cleaning kit and shower bag.
3. Wash your bike, give it a quick check over and allow to dry while you hit the shower. Cold water only out here folks but trust me, you don’t want anything else.
4. Clean yourself thoroughly, wash your kit and make your way back to the tent to hang up your freshly washed attire. With stages finishing around lunch time, your kit will be fully dry within an hour or so.
5. Lean bike up against barbed wire fence while lubing the chain and slice the sidewall…
6. *****
7. Head for lunch, fill up on more drinks and then hit the ‘books’.

Of course, never forget to check in with loved ones and when possible (this is the Outback), give your partner or mum a call to tell them you are safe and sound. After that, its pretty much dinner time and with any luck you’ve left a bit of time to slide into the NormaTec Recovery boots. That’s not on the standard list but I’m lucky to have a set to use for this year’s Croc.

Stage 3 departs Ringers Rest and heads south towards our two-night stay at Wondecla. From the profile it looks like we’re essentially climbing for the first 40km however, most of this is, according to the race book, run along a purpose built Rail Trail. After a fast start, the route takes us quickly into the Atherton MTB Club with a short piece of single track (I’d like a little more next year, thanks) and the it’s straight to business with a 8km climb up Mt Baldy averaging nearly 10%.

The high point of the day is around 1,200m above sea level before talking a number of shorter rocky climbs along the Walsh River Track. As in often the case at the Croc, we’ll jump onto some wider dirt roads for the final run into Wondecla. 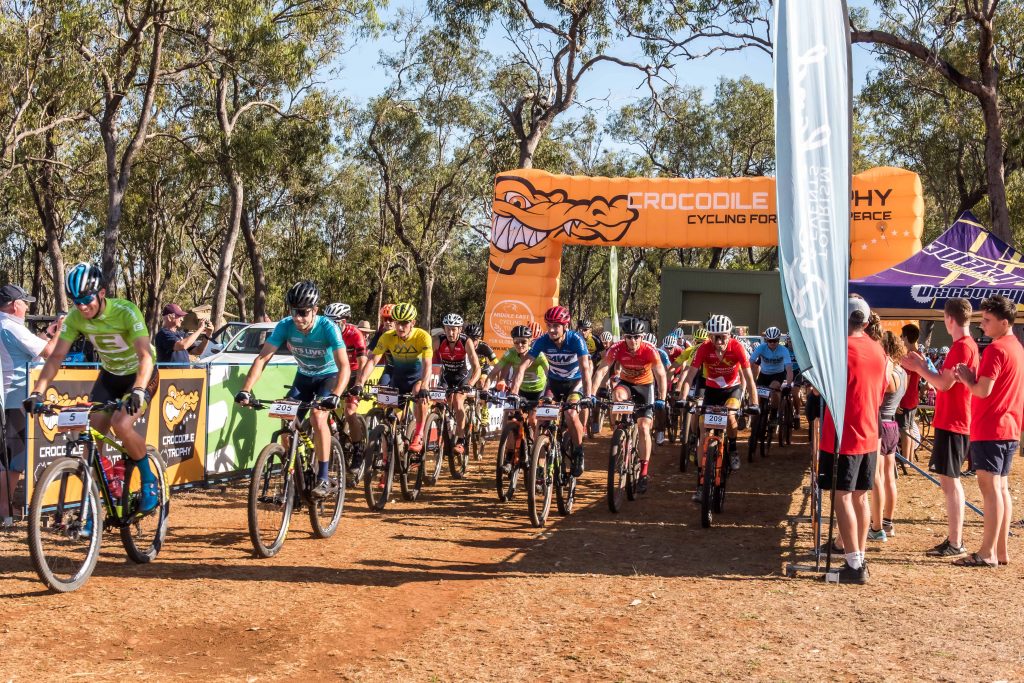 I didn’t get much of a chance to chat with Alan Gordon during last year’s Pioneer, the Insect Science rider and his teammate Tim Hammond were well ahead of Team Cyclist each day. Following his second-place finish in Stage 2, I sat down with the South African to find out just what drew him to the Croc this year.

“Last year we did the Swiss Epic and the Pioneer but I wanted a different challenge. It’s my first time in Australia and while plenty of my mates have spoken about doing the Croc, I decided to actually sign up. It seemed like a really cool race to do, even if something like The Pioneer suits me a little better with the really long climbs.

“The flat days [around Skybury] are going to be a real challenge for me,” the recently turned 29-year-old added.

Sitting in second-place overall has Alan very much within striking distance of the overall lead but like most of the fast riders, he really didn’t know what to expect.

“I don’t know anyone here and so I sort of had an aim to finish in the top-three but I wasn’t sure if that was feasible. Now I’m in second and the overall victory is definitely a goal.

Overseas travellers love to talk about the distance required to come to Australia and so it’s only fitting that Alan isn’t rushing off home straight away.

“We’ll stay in Cairns for a couple of days, do a different tourist activity each day and just explore a little bit”. 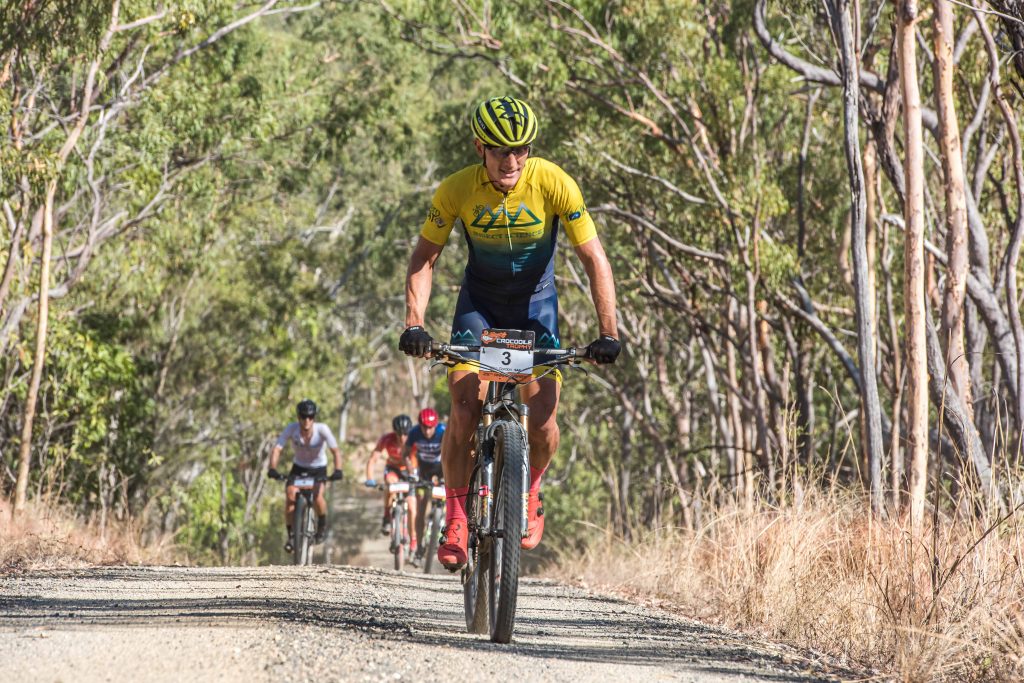 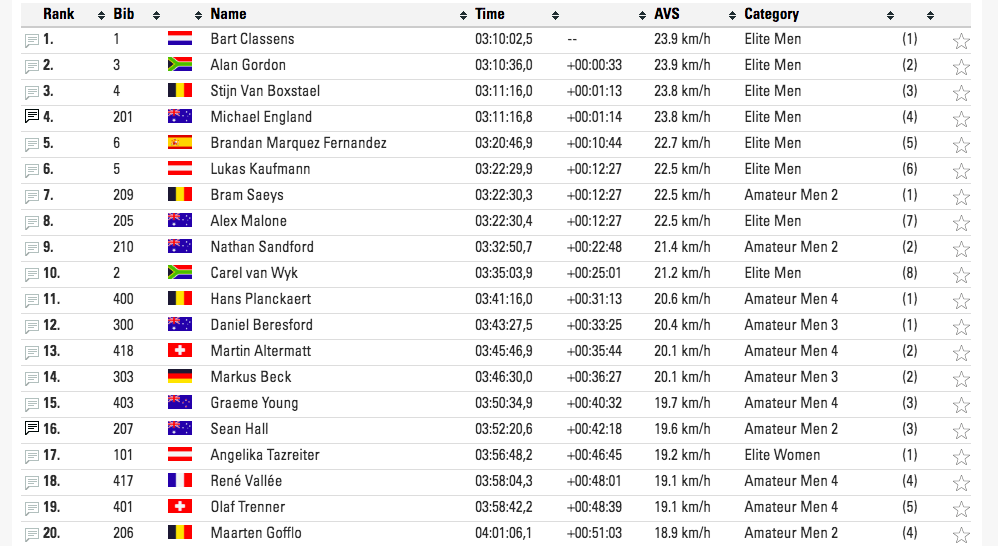 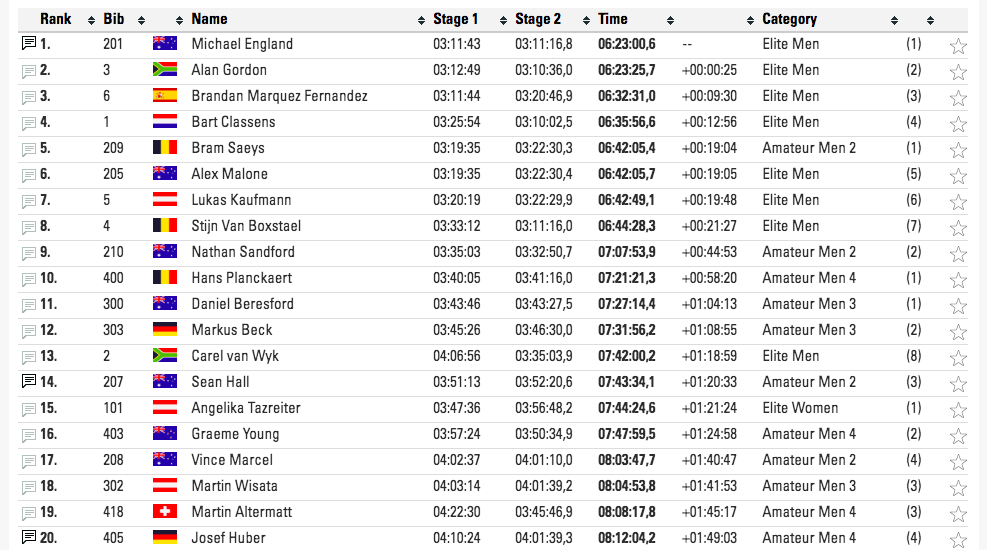 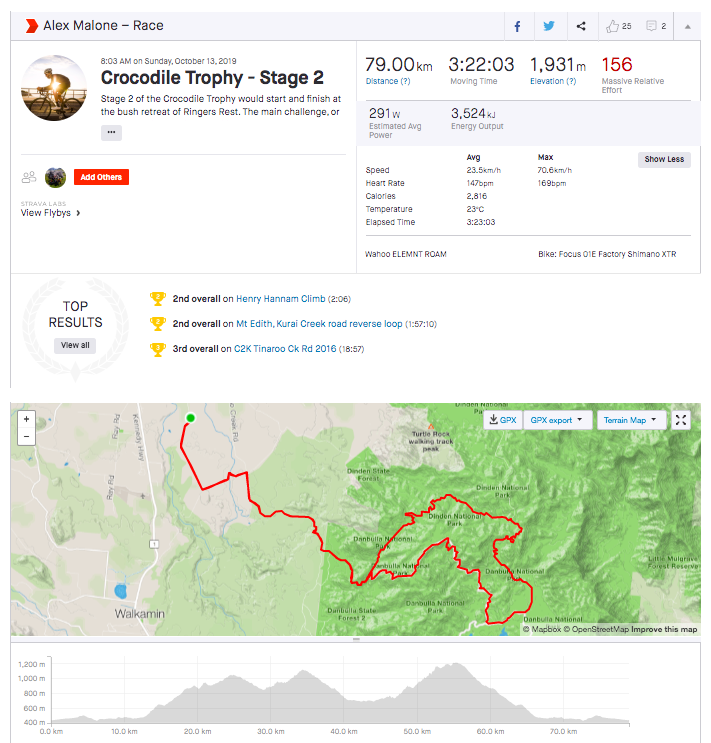 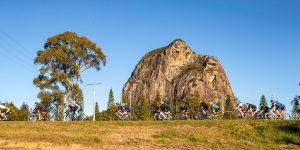 A well-deserved sleep in and a stunning route around the Glass House Mountains made for St...