When you turn left, you first need to turn right. It all makes sense in the strange world of countersteering

Don’t ask us how, but Cyclist recently got chatting to the most successful Superbike champion of all time about cornering, and something he said made our ears prick up…

‘Cornering comes from leaning,’ says Carl Fogarty. ‘You hardly turn the bars at all unless you’re turning through really tight corners. The faster you go the harder it is to change direction. Small chicanes are relatively easy to flick the bike through. But fast “S” bends are a lot harder.’

Admittedly Foggy had a highly-tuned engine between his legs – and some considerably big cojones – but the similarities between his motorcycles and our velocipedes weren’t lost on us, so we thought it high time we investigated just what’s going on when you nail that apex. 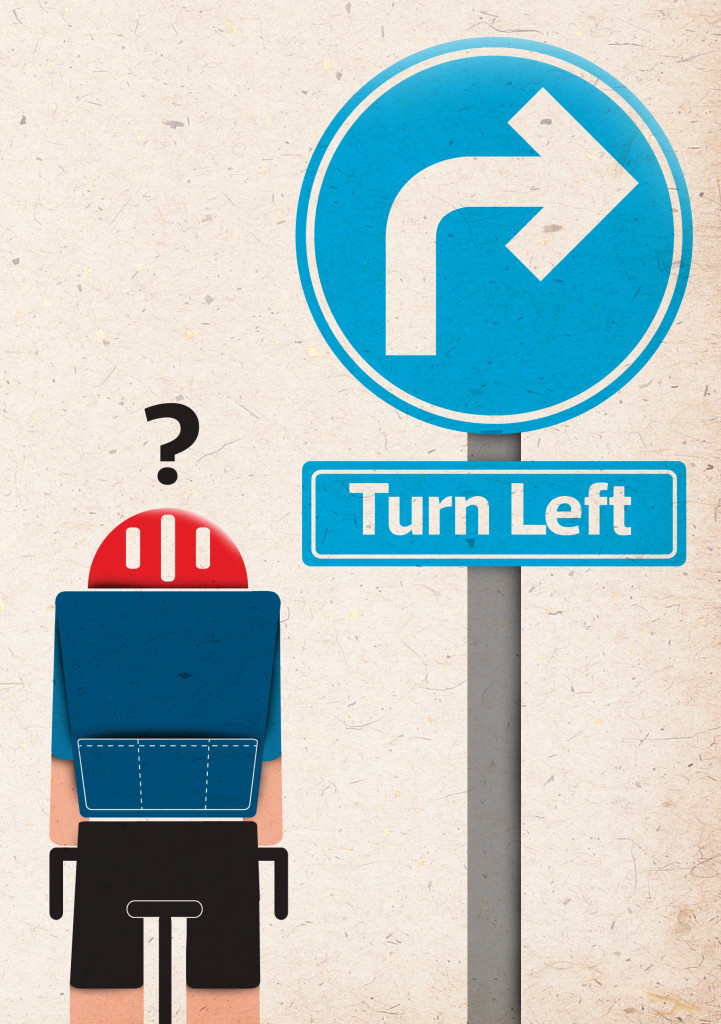 While Sir Isaac’s initial claim seems abundantly clear – your bike’s going nowhere unless you pedal it – the second half plays an altogether more complicated role in bike riding, namely that as ‘an object in motion’ a bicycle only ever really wants to go in a straight line. Therefore, if your bike’s going to turn (a rather crucial aspect of cycling) a sideways force must be applied to its path of travel that overcomes its inertia – that is, its resistance to changing direction.

‘When cornering in an ideal situation there are three main forces at work,’ says Max Glaskin, author of Cycling Science. ‘There’s gravity, acting downwards; centripetal force, generated by the tyres contacting the ground that pushes the bike into the turn, and centrifugal force, which tries to pull the bike out of the turn.’

In its most basic form, cornering is a result of turning the handlebars in the direction you wish to travel, thereby putting the front wheel on a different track to the rear wheel. Since the two wheels are effectively joined at a pivot – the headset – the rear wheel will naturally follow the front wheel in its new track, thus affecting a curved path of travel.

When cornering is performed at low speeds, the forces Glaskin mentions are all
but imperceptible, but as speed increases the forces naturally increase and one becomes prevalent: the centrifugal force that Foggy was alluding to. The key to overcoming this force, according to Berkeley professor Joel Fajans in his paper Steering In Bicycles And Motorcycles, is to lean in the opposite direction.

‘Centrifugal forces – the same ones that throw you to the left when you drive a car around a hard right turn – will throw your bike over on its side if you steer the handlebars in the direction of a desired turn without first leaning the bike into the turn. Leaning the bike allows gravitational forces to balance the centrifugal forces, leading to a controlled, stable turn,’ he says.

In other words, shifting your weight in the opposite direction – into the turn – will counteract the centrifugal force that tries to pull you and your bike back into a straight line. The problem, however, is how to instigate a lean quickly enough, given that as soon as you begin to make a turn the centrifugal force immediately acts against the direction you wish to lean and tries to pull you back upright. The answer lies in countersteering.

‘Although it might sound counterintuitive, in order to turn to the right it’s necessary to first turn to the left,’ says Glaskin. ‘What happens is that by twitching your bars to the left your mass will automatically fall to the right, as the bicycle is essentially steering out from underneath you.’

To illustrate this point Fajans offers the following experiment. While rolling down a hill at a brisk pace, take your left hand off your handlebars and open up your right hand such that only your palm is in contact with the right side of the bar. Push the bar gently forward with your right hand, thereby turning the bars left, and you will then notice that your bike will naturally err to the right. Of course we must make clear that this should only be done in full safety gear on a closed road under the supervision of an adult, but, that aside, try this experiment and the phenomenon of countersteering will be clearly demonstrated.

At this point, however, you’ll probably feel less than stable as your bike looks to make off in one direction while your handlebars and front wheel are pointing in the other, so it’s then crucial to turn the bars back towards the direction your bike is falling to make the turn.

‘Having shifted your mass to the right with a momentary left turn, you then need to “catch” the bike before it falls to the ground,’ says Glaskin. ‘You do this by turning the handlebars back towards the corner you wish to make, bringing the bicycle back underneath you.’

Now you’re set up into the turn, the rest is down to your skills at balancing lean angle with speed and grip in order to get around that corner as fast as possible. Or, as Foggy puts it, ‘It’s all about throwing the bike over on its side and hoping it sticks there.’

Max Glaskin is the author of Cycling Science. Carl Fogarty resides on Twitter at @carlfogarty, and the Superbike world still doesn’t know how he did it. 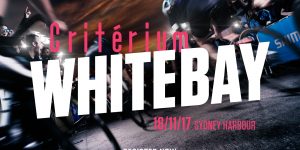