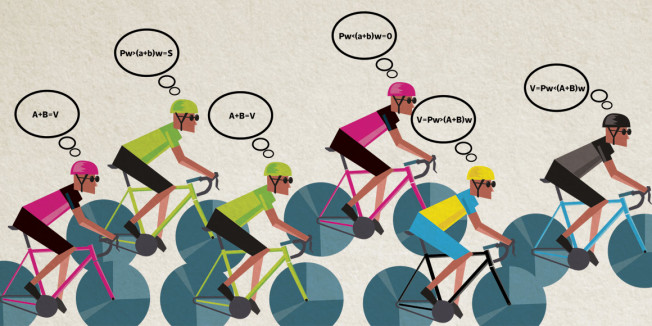 Bike racing often involves the application of biology, physics and chemistry. But can economic science predict whether that breakaway will work?

When a group of riders breaks off the front of the peloton in a pro race, a complex set of dynamics comes into play. The riders may cooperate or not depending on their individual strengths, team allegiances, stage profile, distance to the finish and a host of other variables. There are equally as many factors determining whether and when the peloton gives chase or lets them go.

Game Theory has it roots in economics, but Steve Maxwell, managing director of Techknowledgey Strategic Group and co-founder of The Outer Line cycling blog, explains its wider relevance: ‘Game theory is used to predict the economic behavior of two competitors in business, but also in international diplomacy and political debates. It’s useful where one side doesn’t really know what the other is going to do, but they know what is in their best interests. It’s a hypothetical model, and can be applied to other situations.’ But does that include bike racing?

Prisoners of the road

Perhaps the most famous – and discussed – game is the ‘Prisoner’s Dilemma’. This scenario involves two theoretical prisoners who have just committed a crime, and highlights why parties may not cooperate, despite there being possible advantages in doing so. If one prisoner grasses up his friend and the other remains silent, the betrayer walks free and the other gets three years in prison, and vice versa. If they both betray each other, they each get two years, and if they cooperate and remain silent, they each get one year.

In theory it could pay them to make a deal and get a one-year sentence, but regardless of whether or not they trust each other and make a deal, it is in the interest of both as individuals to betray. This peculiar paradox of alliance and betrayal has clear links with the success and failure of a breakaway. 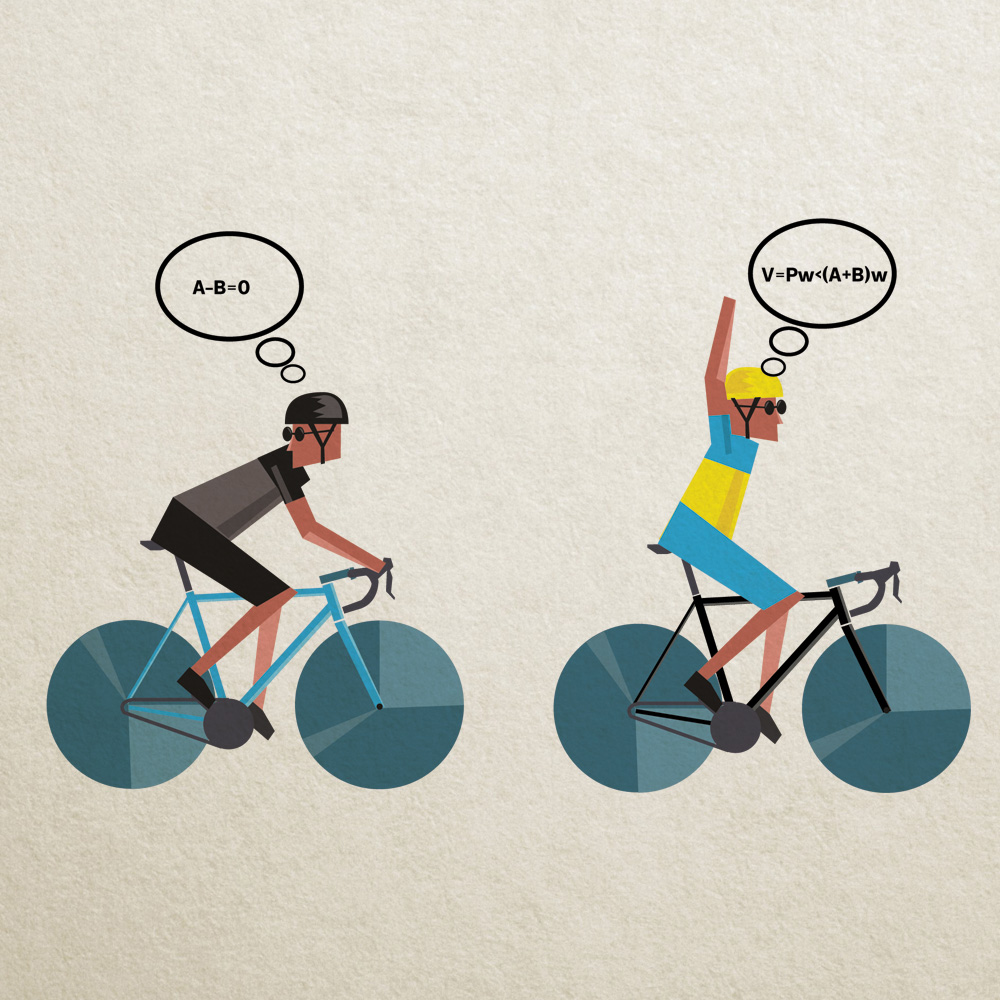 ‘The breakaway itself starts as a coordination game,’ says Daniel Cole, professor of law at Indiana University and the man behind the Law, Economics And Cycling blog. ‘Riders from various teams cooperate to achieve, increase and sustain the gap from the peloton. For teams competing on GC, and those with top sprinters, allowing a breakaway to go – so long as it doesn’t contain any sprinters or GC contenders – is probably a Nash Equilibrium strategy.’ A Nash Equilibrium is a situation where all the interested parties know the strategies of the other players and there is no advantage to be had in changing strategies.

‘A breakaway will deter a sub-optimal series of attacks, chases and counter-attacks, which would deplete the energy of the peloton,’ Cole adds. ‘As we know, teams then estimate the amount of time they can allow the break to gain before chasing, but who takes on that role involves a game of “chicken” between teams, and is dependant both on who is in the breakaway, and what type of stage it is. These situations are a pretty stable Nash Equilibrium because all the teams share knowledge of likely outcomes, and know one another’s incentives.’

But as the peloton begins to work in calculating unison, the breakaway cohesion begins to deteriorate. ‘Much depends on the differing motivations of the riders in the breakaway,’ says Cole, ‘be it to advertise their sponsor, help a team leader, collect classification points or win the race outright. But as the finish line approaches, if it appears that the breakaway has a chance of succeeding, cooperation tends to break down.’

‘That’s because of the “free rider” effect,’ Maxwell adds. ‘In economics it’s where somebody in a group is able to tail along and enjoy the benefits of a certain behaviour without having to contribute.’

Cole translates this to a pro race: ‘As individual strategising takes over, leading to attacks and counterattacks, the average speed of the breakaway group may slow, relative to the peloton, which decreases the chances that anyone in the break will win. Thus, efforts to maximise individual results end up leading to poorer results for that group as a whole.’ 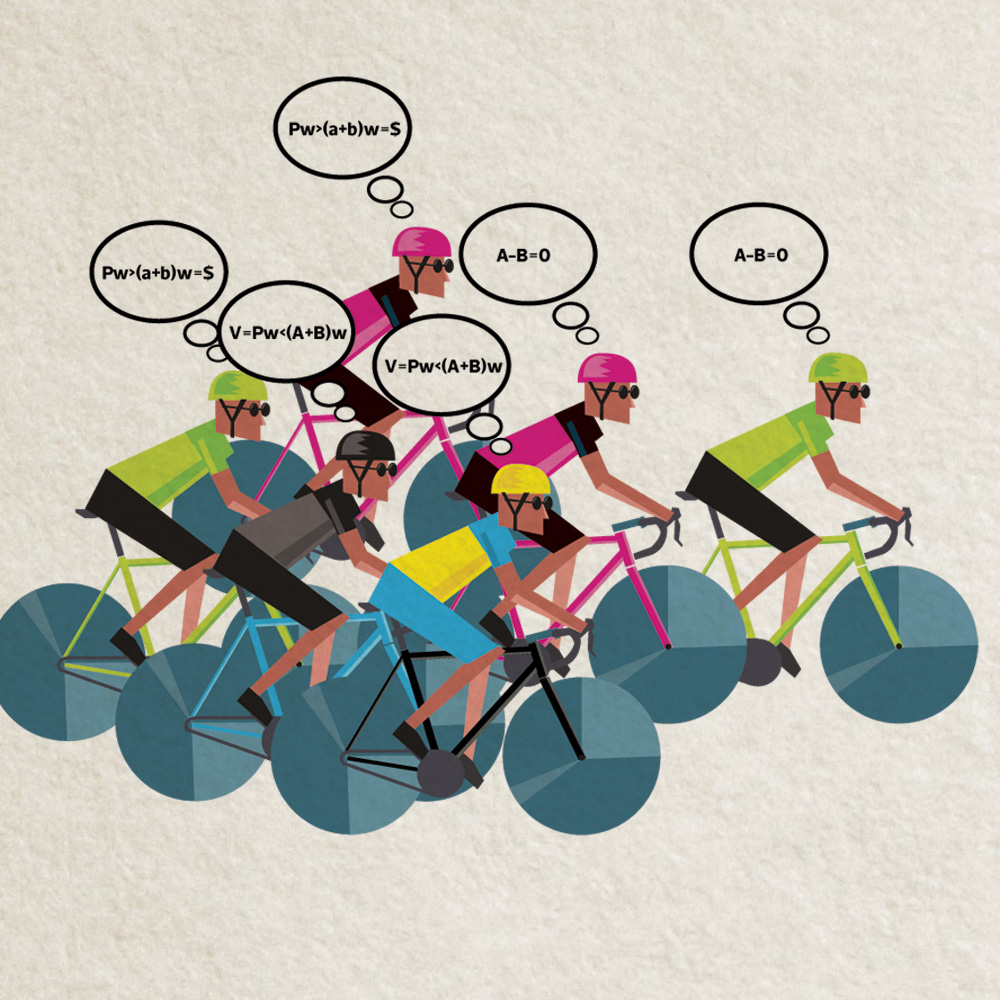 This seems similar to the Prisoner’s Dilemma, but there is a difference, as Dr John Haigh, emeritus reader at Sussex University’s mathematics department, points out. ‘Suppose Rider A works [by riding hard at the front], then Rider B is better off betraying [by sitting behind and doing no work],’ Haigh says. ‘If A betrays and B betrays, they both get zero [because they sit up and get caught by the peloton]. But if B works [by pulling hard at the front only to be out-sprinted on the line], at least he’ll be second, so he’s better off cooperating. Here, we no longer have the situation where whatever your opponent does you’re better off betraying.’ So it’s not an exact correlation for the Prisoner’s Dilemma, but it suggests that it’s the desire of the riders to win rather than achieve a high placing that scuppers most breakaways.

The situation is further complicated by the fact that pro riders don’t simply compete in standalone stages or races, so a betrayal today, while potentially beneficial in the short-term, may have a negative effect on future results.

‘I’m struck by the fact that cycling has a code of honour absent in other sports,’ he adds. ‘If a leader crashes, the rest will dawdle to give him time to catch up – contrast football, when if a player’s studs catch the ground and he tumbles, the opponent will certainly take advantage. This code probably means that honesty is more likely to be rewarded, and that factor will also influence actions.’

Or when flipped, as Cole explains, dishonesty can also be punished: ‘A rider or team that violates an important social norm would likely find themselves the target of retaliatory strategies in future races,’ he says, evoking memories of Team Sky pulling hard through the feed zone during the 2010 Tour of Oman, only for their race leader Edvald Boasson Hagen to be attacked later on while he stopped for a nature break.

Despite the creep of science into every area of cycling, it’s looking as if Game Theory may not yet be equipped to predict race results.

‘It’s a useful construct to understand how people think, or how they might be calculating in some sort of negotiation,’ Maxwell says, ‘but it’s not a perfect tool of prediction here. Game Theory is too theoretical to predict the behaviour or outcome: no two riders have the same set of capabilities; there’s the weather; the nature of the course; riders having good days and bad days; political reasons. So yes, you can use it for very broad generalities, but it isn’t truly applicable because of all of the other practicalities.’ 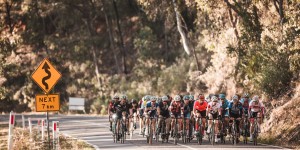