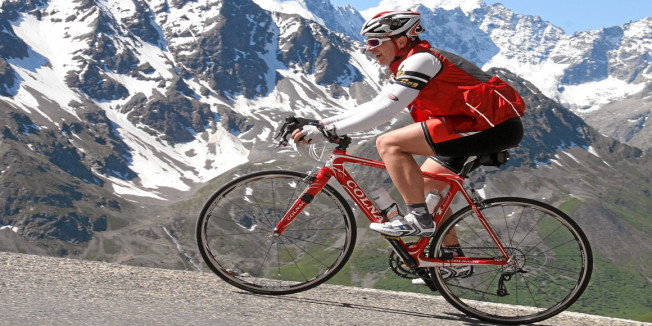 From big-boned bike boy to competing at the upcoming UCI World Cycling Tour, Rick Jordan attempts to balance work, family and cycling. Something’s got to give, right?

Firstly, thanks for reading. I’m not a superstar name, have never competed at the highest levels, nor have I been scoped up by professional teams.

My name is Rick Jordan; I’m a mere mortal that comes from a cycling family with links back to the 1920s and 30s. I spent my earliest youth persevering rain, wind and bitterly cold conditions to watch bike races, like the Melbourne to Warrnambool and Mount Gambier 100 mile Handicap.

Now a MAMIL (Middle Aged Man in Lycra), I have been cycling for 35 of my 41 years; 26 of them racing. Don’t get me wrong, I’ve tried going professional; in my 20s I took a year off work, trained hard, and still didn’t get close. Competitive, but just missing that special something (some would say natural talent). Which is why I have spent the majority of my cycling life being a weekend warrior, clogging the roads of Sydney, Melbourne, Adelaide, harassing motorists – like all of us cyclists do – as part of the early morning “lycra-ninja” brigade. To get my fill I have been involved in helping bike clubs run races and working on major cycling sporting events. I live and breathe cycling: it’s pain, it’s glory, it’s beauty.

After completing the Redkite Sea2Summit charity ride (a one day 250km challenge from Merrimbula to the top of Mt Kosciusko) in 2011, I heard about the Amy Gillett Gran Fondo. There were two reasons as to why the Gran Fondo went straight to the top of my cycling “bucket list” for 2012; it was to be held along the Great Ocean Road and was a qualification round for the UCI World Cycling Tour – an event where “big boned” MAMILs, like myself, could represent their country and compete for a World Title.

Being a family man, employed by a great company in a responsible role, it was hard to juggle life and training, and I nearly failed. I tried doing it all, but wasn’t consistent enough and went into the 2012 Amy Gillett Gran Fondo overweight, under-trained, praying that it’ll be “ok on the day” (I don’t think I’m the only one to have experienced this, right?).

Luckily, I had my best mate along for the ride. After the blood rush at the start, where he rode off into the distance with the fast bunch (I got caught up behind some slower riders – honest), he waited for me at the base of the major climb, towing me around the last 80km of the 120km course. We came across the finish line and found out we had met the standard to qualify for the UCI final!

The best part about qualifying? The final is in Italy, one of the spiritual homes and meccas of cycling. The worst part? It is held in the Trentino region near the Dolomites, which means mountains…big mountains. Not good news for a “big-boned” MAMIL like myself.

Coming into the final month-and-a-bit (we race from the 19 to 22 September) training really kicks into high gear.

My goals: drop some of the weight I shouldn’t be carrying, increase my power Time Trial and climbing ability, all while continuing to balance work, family and life.

In part 2 of my blog, I’ll start running through the plan to drop the kilos, stay on top of life and dominate the world championships…I hope. 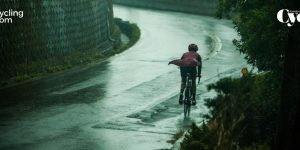 Conditions of entry Information on how to enter this compeition offer forms part of the te...