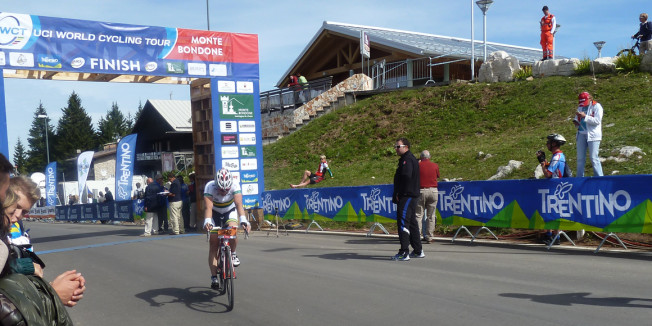 Memoirs of a MAMIL #8

Cyclist MAMIL, Rick Jordan, has conquered the UCI World Cycling Tour Time Trial and for his final blog post takes on his biggest challenge yet: the Road Race.

Following on from my last blog post, I left you right after the Time Trial, it was now time for the slightly dreaded Road Race in Trento. It would take a mountain goat about an hour to conquer the 18km of non-stop climbing, I was aiming to get it done in an hour and 30 minutes. While the Road Race is not this MAMILs specialty, I had aimed to stay safe and finish so that my family didn’t have to cart a damaged cyclist around Italy and Greece.

The race started in the Piazza Del Duomo where over 1200 cyclists crammed into a tiny square, all in our respective age groups, going off in waves from oldest to youngest with a two minute gap between bunches. The first 1.5km went through the old part of town, which meant cobblestones and tiny narrow lanes – perfect in a bunch of 150. After that it was a steady ride keeping speeds of 45kph up towards the first climb. Everyone was saving their gun powder for the 7km ascent up the Palu d’Giovi.

As expected, upon reaching the foothill the bunch pretty much exploded. I wasn’t going to be troubling the Strava leaderboard and settled into a good pace knowing what was ahead. We started picking up the stragglers from the bunches ahead of us, with the faster guys behind us doing the same.

Coming up over the steepest part of the climb (15%), I joined in with three other riders from around the world. Barrelling down the descent, we came past a very nasty six rider crash. Not pretty at all. I heard later that there was an Aussie involved who was very badly injured – hard to hear.

Along the flat parts our little group meandered a little bit, with surges of pace. The next big bunch of 150 were only 20 seconds up the road, but no matter how much I tried to encourage the guys, meandering was the order of the day. Mind you, we were still sitting on 40kph.

The second climb of the day was up the Lago de Cei. Having ridden the road race course electronically at the Turbo Studio, I knew this would be the climb that would do the damage. There were riders everywhere on the road, and the 32 tooth gear was engaged, and I set the aim of sitting on about 260 -280W for the next 10km of climbing (in 2011 when I rode through the French Alps, I could only manage to sit on 180W, so a MASSIVE improvement). At every switchback and village along the climb there were locals out and cheering. Plenty recognised the Australian jersey and gave an extra shout out. I felt very pro (even if the speed up the climb wasn’t).

At the top, it was a brief stop at one of the drink stations to refuel the bottles, grab a banana and head the call of nature. Then followed a descent, where speeds easily reached over 80kph. Coming along the final 10km of flat before the start of the Monte Bondone, my legs started cramping up, a combination of the cold descent and 2.5hrs of tough racing. I started chucking back as much water and food as I could before the climb, but unfortunately had to drop off the back of the little group I had joined.

Starting the Monte Bondone with another Aussie female rider, I locked in the 90mins of climbing, and then locked in the 39×30, with the 32 as a bailout gear. Settling into a even 12km/h, I sat around 250W and used the other riders up the road as bait. It worked and I made steady progress in catching riders.

Every 5km up the climb was a drink station with volunteers handing out water. Temps now in the 20s and the sun beating down, it was critical to grab water on the way through. After 12km of switchbacks, villages, cheering fans there was a particularly nasty pinch of about 400m, which at 12km/h felt like hours to get up and completely broke the climbing rhythm. It was also the first time we could see the finish at the ski resort of Vason. Nothing like seeing the finish WAY above you, realising you still have another 30 mins and 6km of climbing to go.

Time to attack the switchback corners, channeling my inner-Pantani and jumping out of the saddle. With 3km to go, I caught one of my early “meandering” mates from Spain, and with a “Ciao Amici” it was the final push to the line and I was going to finish ahead of him. In a slow motion sprint, I lifted the speed to a blistering 18kph for the final 500m, smashing out a huge 318W.

Crossing the line, the non-climbing MAMIL had finished the 112km road race in 691st overall, and 124th in my age group. Other than the legs cramping briefly around 80km, I felt good pretty much all day, and I was happy in getting up the final 18km climb in around 1hr 40min.

As this is probably my last blog for 2013, I would like to take the opportunity to thank a few people: 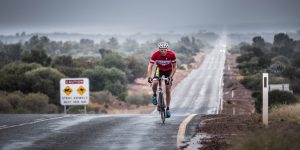 Is this the nation’s biggest race you’ve never heard of? The Goldfields Cyclassic is t...