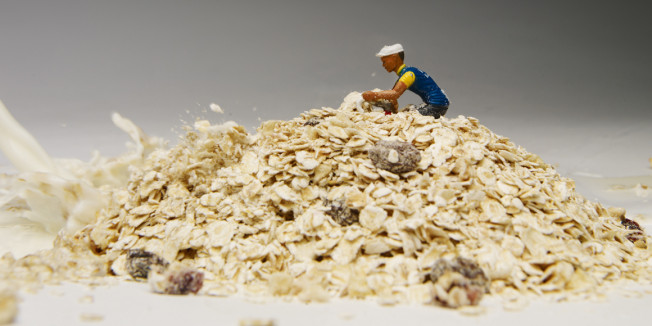 Posted on April 1, 2015 by Cyclist Australia/NZ

Porridge oats are the perfect pre-ride energy food. If you don’t believe us, just ask a racehorse

Porridge isn’t a glamorous food. Boiled oats are never going to win any culinary awards – unless, that is, there’s an award for Best Cycling Breakfast. This cheap, plentiful food is something close to perfection if you’re about to head out for a long ride or – ahem – a gruelling race.

‘Porridge is quite simply a great breakfast for cyclists,’ says Nigel Mitchell, head of nutrition at Team Sky. ‘We use it every day when we’re racing – and we even have it shipped out to us when we’re in Europe because you can’t always get it on the Continent.’

That’s hardly surprising in sunnier climes, given porridge’s warming qualities. It was traditionally popular in northern Europe and Russia, where it was heated in metal pots over warm coals in the days before ovens and bread. It was less common in the more southern parts of Europe where, historically, armies didn’t have to march through the freezing cold to make war. 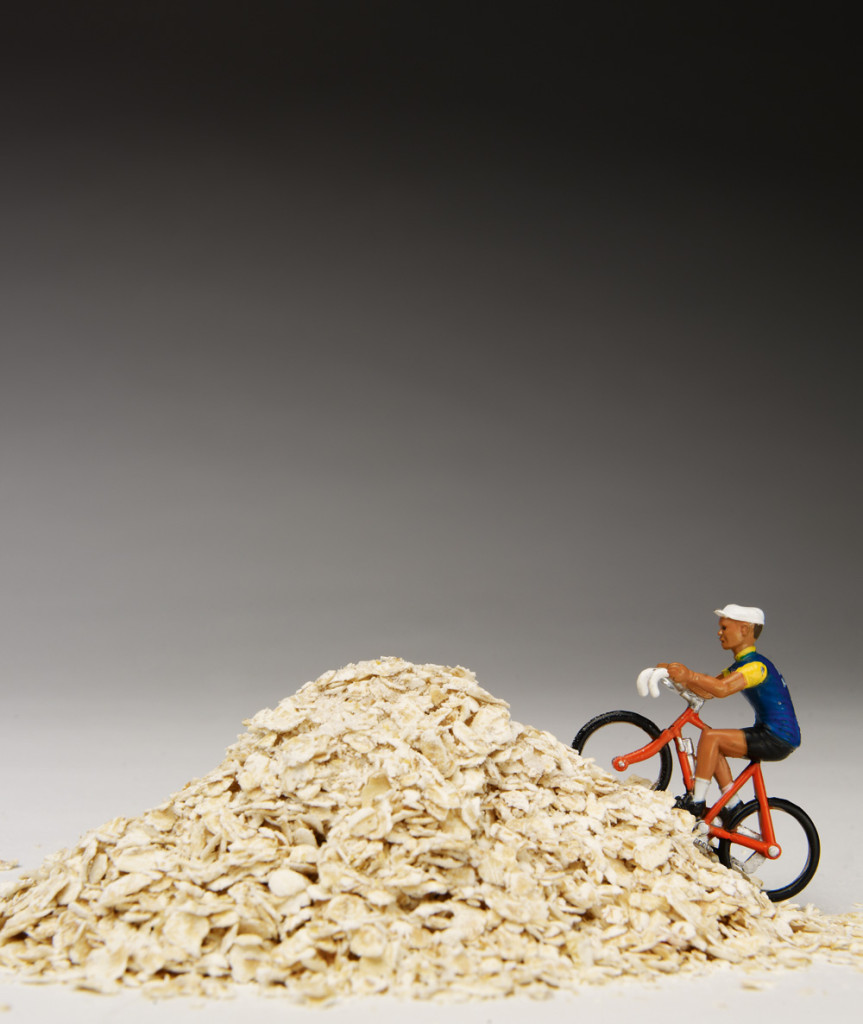 As it turns out, that’s their loss. ‘It’s nutritionally complete,’ says Mitchell. ‘It contains carbohydrates and a range of healthy fats and protein. It’s also high in soluble fibre, which is good for digestion and your gut. It’s low on the Glycaemic Index, so it provides slow-release energy over a sustained period, which is perfect if you’re racing or heading out for a long training ride.’

‘Its low GI status also means it will sustain the body’s blood sugar levels
so you’re less prone to insulin spikes,’ adds nutritionist Sarah Schenker. ‘That’s good because the effect of the spikes can be off-putting if you’re not used to them.’

Oh, and there’s another benefit. ‘Even a novice cook can figure out how to make it for himself,’ says Biju Thomas, executive chef for the Tour of California, former team chef at BMC (among other pro teams) and co-author of The Feedzone Cookbook. ‘While it’s a seemingly humble dish that hasn’t changed much in centuries, its still one of the best.’

Too good to be true

No dish is a complete miracle food, however, and porridge is no exception. Despite being nutritionally complete, there are a couple of potential drawbacks worth exploring.

First, it contains phytates, a form of phosphorous in plant tissues that are indigestible to humans and which inhibit the absorption of other minerals such as zinc, iron, calcium and magnesium. Schenker says this is not a big issue, though. ‘Lots of substances can combine to improve or inhibit absorption, but the health benefits of the fibre in porridge outweigh any minor effect on mineral absorption. It’s not a big enough problem to worry about.’

Thomas agrees: ‘There are numerous conflicting thoughts on this all over the internet, and a lot of it seems to be purely what that individual writer believes to be true. What we’ve found is that the elite and pro riders we work with consume massive amounts of porridge daily with great success.’

Some nutritionists recommend soaking your oats overnight to break down the phytic acid. ‘This also has the benefit of making them more palatable, because porridge can be quite stodgy,’ Schenker adds.

Secondly, recent research has shown that having a protein-based breakfast can reduce sugar cravings throughout the day and result in smarter food choices. So even though porridge is absorbed slowly by your body and will keep you feeling fuller for longer, it’s worth mixing up your breakfasts to maximise your nutrient intake.

‘I’d recommend eating porridge on training days and having protein on rest days,’ says Schenker. ‘It’s always worth varying your breakfasts so you get a range of different nutrients. Plus people who eat a lot of carbs can start to crave more of them, so having a protein-based breakfast [such as eggs] for variety can alleviate these cravings. Don’t forget that if you eat too many carbs for your training plan you can still gain weight.’

You won’t be the only one using protein in this way. ‘It’s a common tactic used by pro riders to control their weight and keep their cravings curbed on rest days,’ Thomas adds.

‘You can make it with water or, even better, milk, which further increases the protein content,’ says Mitchell. ‘And it’s very difficult to overeat because you feel well fed even before you’re full.’

Schenker also recommends adding fruit. ‘Firstly, if you’re having porridge oats you can soak them in apple or another fruit juice, as well as milk or natural yoghurt to make it creamier. Then throw in a handful of blueberries, some pomegranate, blended banana or a fresh fruit compote. Anything that helps make it more interesting is good, because it can be quite boring.’

‘Nutritionally there are no drawbacks, but it can be a little plain so there’s no harm in fancying it up,’ Mitchell agrees. ‘I add slices of apple or pear, dried fruit or cinnamon to give it extra taste and nutrition. I also make a “porridge topping” using dried cherries, American pistachio nuts and cocoa nibs – stick it all in a blender and if you make 100g it can last you a week. It goes really well on top of muesli, too.’ And porridge isn’t just for breakfast – it’s an ideal fuel source before any ride.

‘The favourite version among our riders is consumed two to three hours before a race,’ Thomas says. ‘This allows the food to digest, and for their stomachs and sugar levels to settle before the event itself. We cook the porridge with a bit of sea salt, almond milk, vanilla extract, cinnamon, brown sugar, chopped bananas and raisins. Once it’s come to a boil I let the porridge rest in the pot for about 30 minutes before we top it with poached eggs for added flavour. Our riders eat up to four large bowls no problem, and we keep the leftovers in a pan in the fridge – this can then be cut into squares for a snack.’

‘I’d also have a snack 45 minutes before riding – something like a banana is easier to digest,’ Schenker adds.

Ultimately, when and how much you eat will be a case of trial and error. ‘It’s all about energy balance, and that will be dictated by your training needs,’ says Schenker. ‘Just make sure you get used to having a big portion on race day.’

Your stomach, and the rest of your well-fuelled body, will thank you for it. 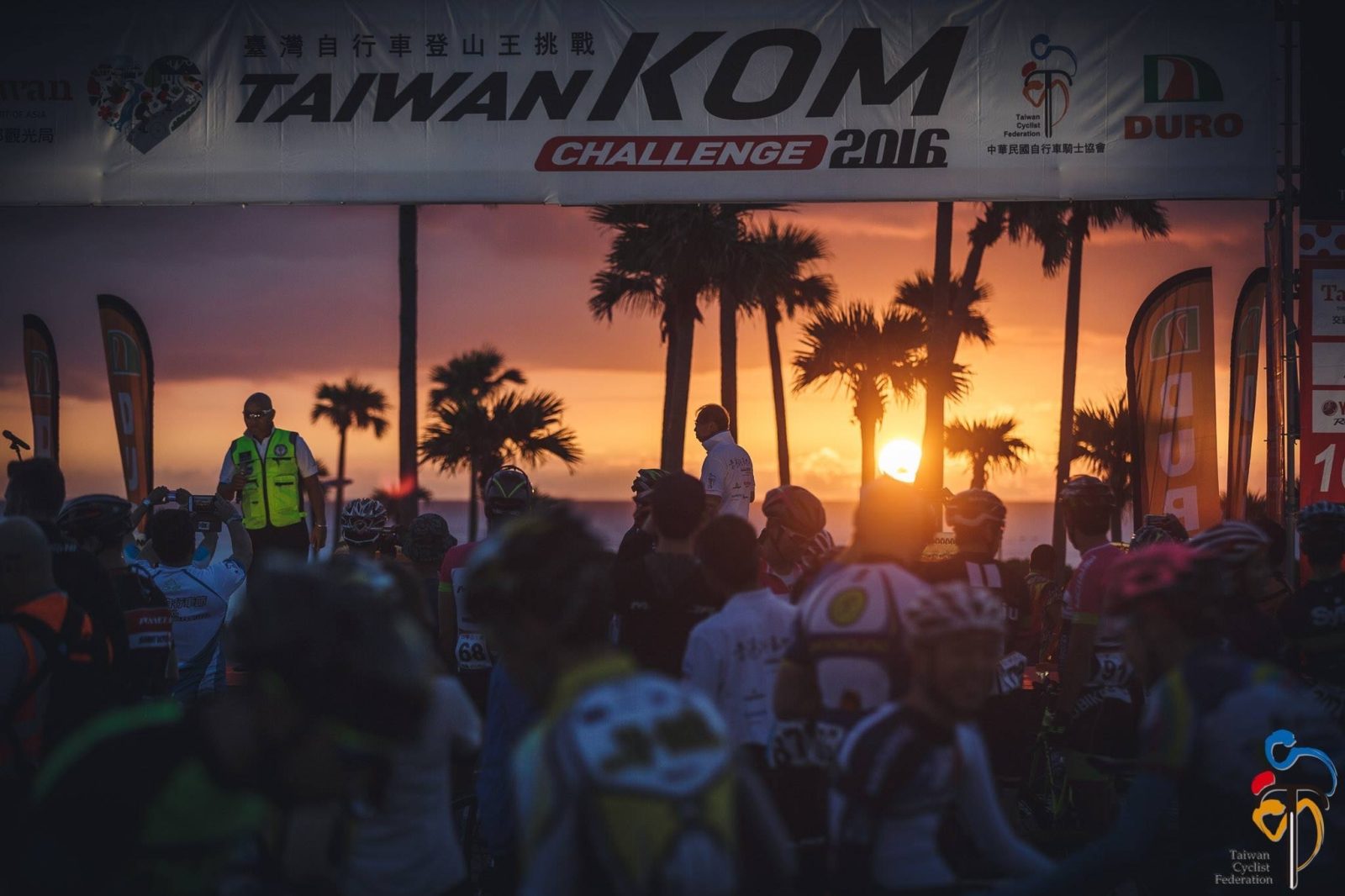 With the Taiwan KOM Challenge scheduled for a 6:30am kick off, an early start was on the ...