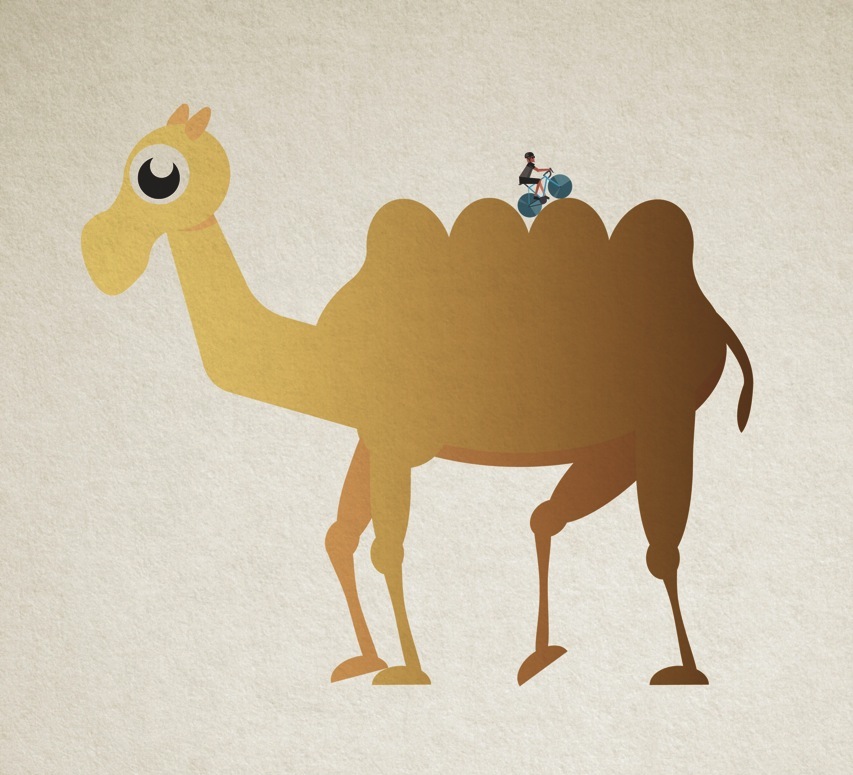 Posted on April 5, 2016 by Cyclist Australia/NZ

Is a single big mountain ascent more punishing than numerous shorter climbs if the total distance and elevation remain the same?

If you’ve got a long ride coming up – a sportive, perhaps – then what would be your preferred route profile? Maybe you’d like it to go over a climb such as the Col d’Aubisque, a regular of the Tour de France, which averages a mere 4.2% but weaves its way towards the sky for 29.2km? Or maybe you would prefer something more like the Ardennes Classics, such as the Amstel Gold race, which features 33 categorised climbs, the majority of which are short, sharp and punchy?

Put another way, if two rides are 100km in distance with 2,000m of total ascent, but the two profiles are very different – one looks like a saw blade, the other has just one big hill – is one profile harder than the other to ride?

‘If the average gradient, total distance and metres climbed are the same, and you elicit equal effort, it would balance out completely,’ says Professor Louis Passfield, head of sport and exercise sciences at UK’s Kent University and former lead scientist at British Cycling. ‘Essentially you’ve made the courses identical.’

So if there’s no difference between those variables, it seems obvious that you’ll expend the same amount of energy and take the same amount of time regardless of which route you ride. Not so fast, says Passfield: ‘Key to this question is pacing, but we know cyclists, even world-class ones, aren’t skilled at this. We did some mathematical modelling of riding an undulating course in a time-trial and asked the cyclists to control their power output to what we considered a perfect strategy – and they couldn’t do it. They simply found it too difficult to hold back on power on the climbs.’

Even if you keep one eye constantly on your power meter, the chances are you won’t be able to maintain consistent power outputs over the course of the ride. The reason primarily comes down to cyclists’ urge to beast themselves.

To explain, Passfield suggests we ignore the hills for a moment in order ‘to simplify the question’, and instead consider a comparison between a 10-mile time-trial and 10 one-mile efforts with easy recovery.

‘It’s a similar physical profile to the hills,’ he says. ‘As long as fitness allowed, you would push harder on the one-mile efforts, recovering between, than you would in a continuous effort. Yes, the metabolic cost of the intervals would be higher but so would the speed. Breaking the distance into chunks might also be more palatable mentally.’

So, according to Passfield, most riders would tend to tackle the Classics-style course – multiple small hills – at a faster pace and with greater effort than a route featuring a single, long big hill. But then it might depend on what kind of rider you are.

There are three main forces a rider must overcome to project the bike forwards. The first is rolling resistance, the energy lost at the wheels through deformation and deflection of the tyre, which is responsible for a loss of about 2-5 watts of power. The second is air resistance, which is affected by the size of a rider’s frontal area, as well as temperature, humidity and speed of the air. The third is gravity, which measures 9.8m/s2. These three forces are represented by possibly our all-time favourite equation: P = krMs + kaAsv2d+ giMs. Simply put, that’s the power required to overcome these forces taking into account further factors such as the rider and bike’s mass.

‘Muscle type makes a difference,’ says Bailey. ‘A guy who has a prevalence of fast-twitch muscle fibres can generate high amounts of power in short periods of time, so might perceive the shorter, sharper climbs as more pleasant. Of course, these fibres fatigue faster but they’d have recovery time between climbs. A rider packed with slow-twitchers might “enjoy” the long, shallower climbs.’

Without taking Contador and Froome’s muscle biopsy, we can only speculate what the ideal composition of slow-twitch to fast-twitch muscle fibres is for each profile. We can, however, be a touch more exact when it comes to fuelling our rides.

The respiratory exchange ratio (RER) measures the ratio between carbon dioxide produced and oxygen consumed in one breath. With this ratio, you can calculate which fuel the body is burning to produce energy. An RER of 0.7 indicates that fat is the predominant source of fuel; 1.0 is carbohydrate.

‘I’ve had tests on the bike that have shown my fat metabolism is quite high,’ says Trek Factory Racing’s Bauke Mollema, who finished sixth at the 2013 Tour de France. ‘When riding, other riders started to burn carbohydrate for energy while I was still solely on fat.’ 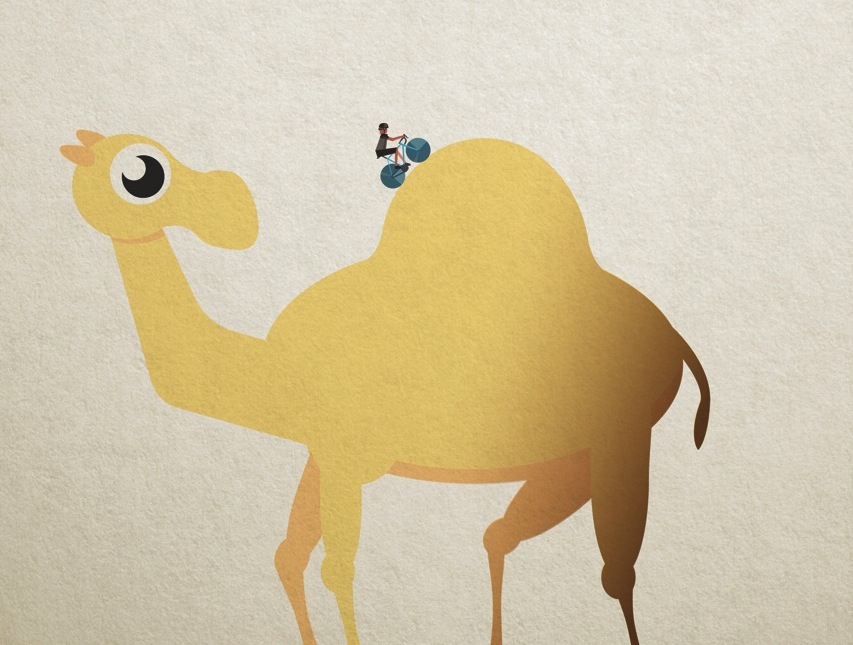 In short, Mollema could cycle at a similarly high intensity to his contemporaries but fuel himself on fat over carbs. As 1kg of fat contains 7,800kcals and the body can only store around 400g of carbs (1,600kcals), the higher the intensity at which you can burn fat the better, allowing you to preserve precious glycogen stores for sprints and breakaways.

‘Out of the two profiles, I prefer the longer, shallower climb,’ adds Mollema. Which makes sense as Mollema is still heavily metabolising fat at this lower-intensity but longer profile. It begs the question: can you manipulate your metabolism to burn more fat?

‘It’s a hot topic at the moment, and it’s why some riders do glycogen-depleted sessions,’ says Bailey. ‘But while training on low carbs is OK for losing weight, it hasn’t been proven to actually improve performance.’

Training your body specifically for either of the profiles would be of greater value but, as Bailey says, ‘If someone like André Greipel trained on the hills every day he might become stronger, but would he win a climbing stage? No – he doesn’t have the genetic blueprint.’

Greipel may not be a Quintana but his extra mass means he has a potential advantage on the descents. In fact, surely a longer descent would be conquered faster by both riders than a series of shorter descents, which require more shifting of metaphorical and literal gears?

‘Unless the shorter descents are only 30 seconds, I doubt there would be much difference,’ says Bailey. ‘The main effect would be time spent not pedalling [recovering], which might be negligible. The simple fact is that cycling 100km and climbing 2,000m will always favour the lighter rider.’ 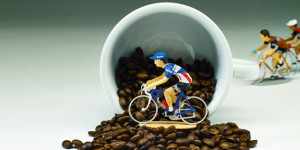 It’s the favourite pick-me-up for pro riders and amateurs alike, but how much coffee...