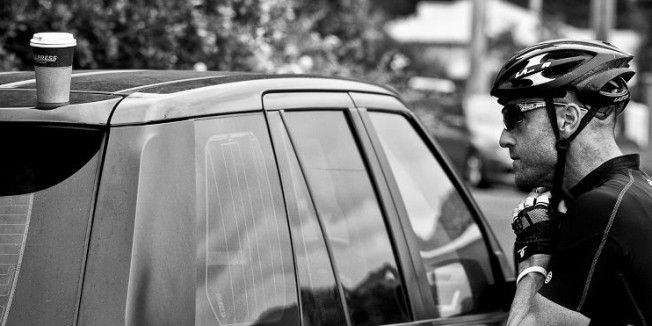 Cyclist photographer, Daniel Simms, goes to extreme levels in hopes of capturing the one shot worthy of a cover

Minutes later, I found myself scaling an eight-foot, chain-link fence and hanging by a thread to get the shot

I love photography. It is something that calms me down, something that makes the world slow for a set period of time. However, the lead up to a shoot can be quite chaotic. Planning is key, research into the location, type of shots is paramount and having the right equipment is even more important.

Hey guys, Daniel here, and I want to share my journey to nail the monumental first cover for the Australian launch of Cyclist.

The brief was simple, capture an epic landscape shot of the world famous Sea Cliff Bridge located just south of Sydney, and supply feature images for the Big Ride article on Sydney to Wollongong. Sound simple? Well, yes… and no.

It was a very early start on the day of the shoot, and I was still buzzing from the three-hour drive from Canberra the night before. I hardly slept a wink so I guess you could say I never actually had to wake up.

Our models (riders) for the day included a former masters road champion, a former national team rower, a current pro cyclist, a pro triathlete, and one very serious group rider. It was a mishmash of five different riders and personalities, but with two things obviously in common: a passion for cycling, … and killer quads.

The plan called for the models to bike to the location, while I would follow along behind, in somewhat of a support-car style, with only the Cyclist editor to keep me company (and bark orders). The support car analogy was made more applicable when one of the models, the triathlete, blew a tyre – not a tube, a tyre – just 20 minutes into the ride. You can’t imagine the abuse he took from the cyclists – and the rower – and also for wearing tri socks, which is apparently a big no-no. So we were stuck with a hitchhiker wearing low-rise socks until we reached Steel City Cycle Works in Thirroul later in the day.

My first impression upon entering Royal National Park was that this place is amazing, a photographers paradise, and even more so for cyclists. But it was my first glimpse of Sea Cliff Bridge from atop Bald Hill when I realised we had something special.

Minutes later, I found myself scaling an eight-foot, chain-link fence and hanging by a thread to get the shot. The editor was clearly more worried about the status of my memory card should I fall than my own personal safety.

Wedged tight against the fence and high above the road I found myself looking through the lens out over the most incredible engineering achievement I have ever seen. The shots were fantastic, however the wire from the fence cutting into my ribs, not so much. I banged off frame after frame, but still wasn’t totally satisfied I had ‘the shot’.

From there we set up on the south end of the mega structure. This view incorporated more of the bridge itself into the frame along with the vast expanse of ocean to the right and cliffs to the left. Standing on the guardrail adds some much needed height to the shot. This allows a different perspective for the viewer that many people will never see.

From this vantage point, I was able to capture the essence of the Sea Cliff Bridge – the Australian coastline, waves crashing on the rocks below, the cliffs to the left, and an epic ribbon of tarmac that snakes it way along the coast. That was it. The shot. We nailed it.

I walked away at the end of the day, knowing we had secured the first shot to grace the cover of Cyclist. It was a feeling I will never forget, and something I am very grateful for having the opportunity to photograph. I hope you love all the photos from that day, because I loved taking them.

Disclaimer: Please note that no triathletes were harmed in the shooting of the Cyclist cover 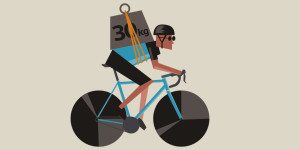 If you want to go quicker on a bike should you be skipping the cake or saving for carbon b...