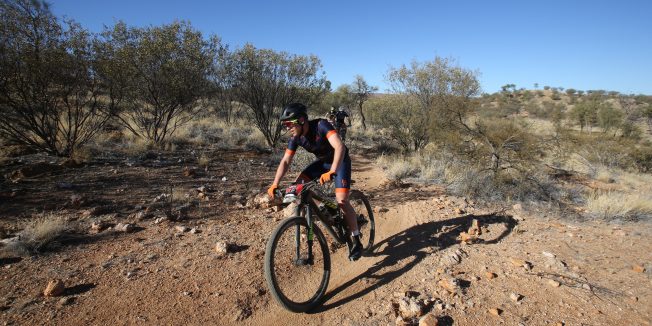 Up until now, everyone has put in the effort to wash their bikes and look fresh. The night stage put an end to this after a mad dash to make the pub kitchen before closing time. There were few clean bikes at today’s Ultimate Ride Bicycle Centre Stage 5 and the remainder of us were still wiping the sleep from our eyes.

This is the stage everyone has been talking about.

“It’s the main reason I come out here,” said James Downing, an adopted Alice local having competed in nearly a decade worth of Redbacks.

This was a big statement but James is right. Stage 5 was amazing. Featuring plenty of technical sections, the course tested most and the reward was beautifully built-up sections requiring little to no braking – absolutely delightful.

I’ve brushed over my GC standings thus far – not wanting to jinx them – but with the finish line in sight, a top-10 overall is now very much the goal. Today, I was determined to make some progress and at the end of the stage I’m currently sitting in 8th overall.

It’s really easy to get swept up in the competition out here and make mistakes. Scott French, from Canberra, said his goal for the day was to “let go of the ego”. I might just give this a try tomorrow, just so long as no one overtakes me in the process… 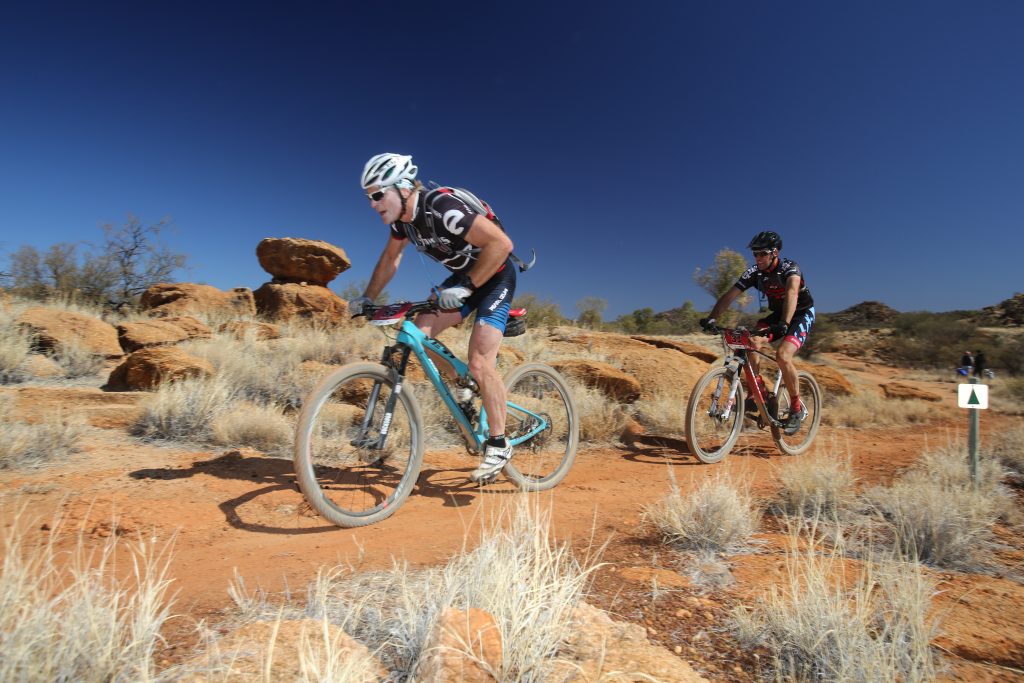 Me and my bike

It’s always about the bike. At the Redback I’ve noted a pretty varied mix of equipment with a fairly even match in numbers of hardtails and dual suspension machines. I’m riding my Focus O1E Factory with 120mm of travel up front and 100mm at the rear – more than enough crush for the style of trails out here. Tubeless tyres are really the norm these days and a must for Alice. Organisers even suggested putting sealant inside your spare tube, such is the harshness of the terrain, but luckily my tube has remained wrapped up for now. My current tyre of choice is Maxxis but I’ve used a number of brands over the last 12 months. Currently, I’ve got an Ardent Race on the front and a Crossmark 2 on the rear and while it’s the first time with this pairing, it’s so far seemed like a wise choice. Normally I’m a Schwalbe guy but I’ve been thoroughly impressive by the apparent strength of the Maxxis side walls. I’ve lost track of the times I’ve heard the tyre fold, pop and rub against rocks and I’m yet to spot any visible damage.

Now that I’ve talked about reliability of my machine, it’s only too likely a spanner will be thrown in the works during tomorrow’s finale. But I’m prepared with most, if not all the necessary equipment to get myself out of a jam. Here’s what I’ve been carrying since the start:

Taped under my race number I have the compulsory First Aid kit. With the stages relatively short I’ve been able to run one bidon only.

This afternoon I’m heading into town to explore a couple of galleries and try the famous Uncle Eddy’s ice cream. As the bus driver said “it’s all made fresh here, none of that factory-made city junk”. I’ll be the judge of that, thanks mate. 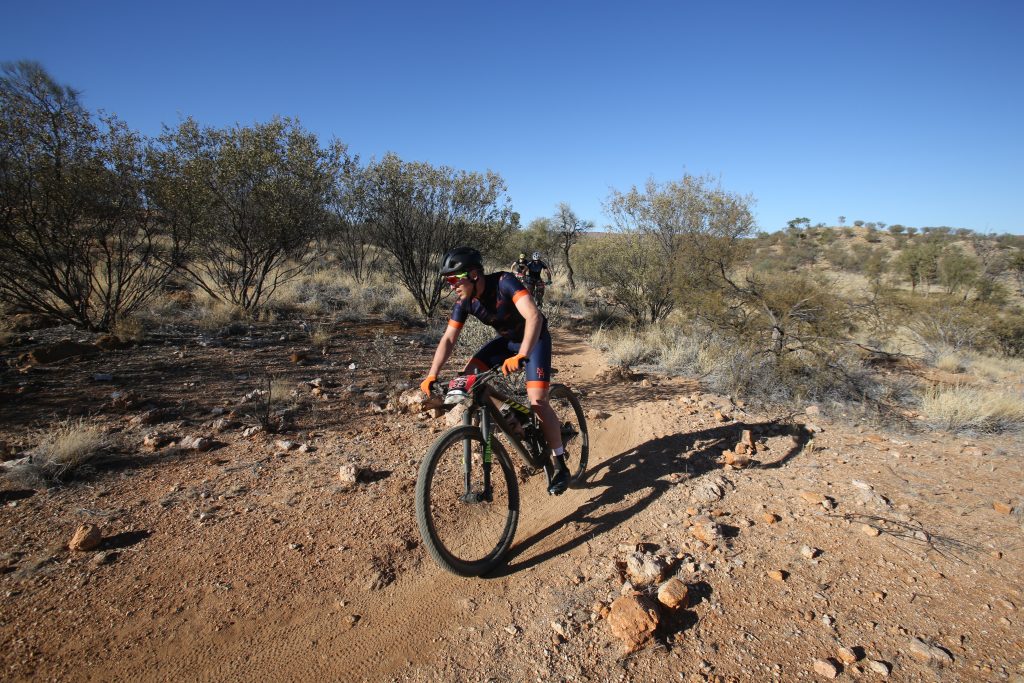 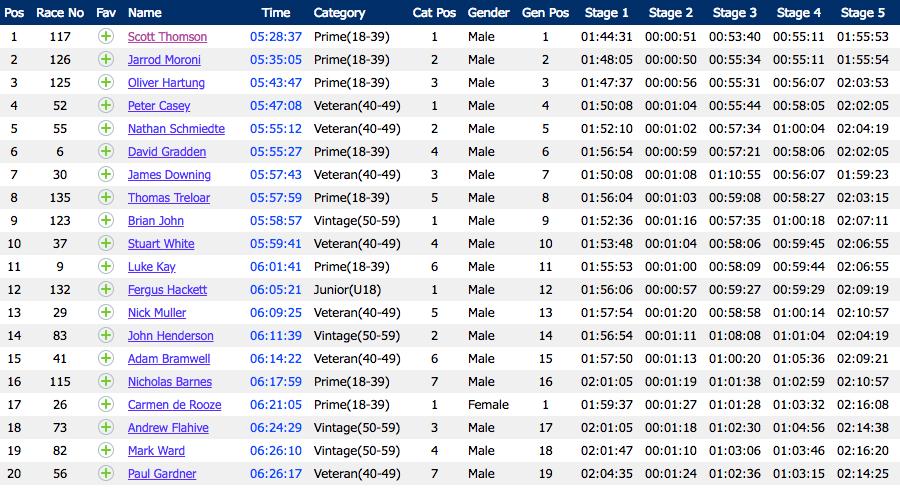 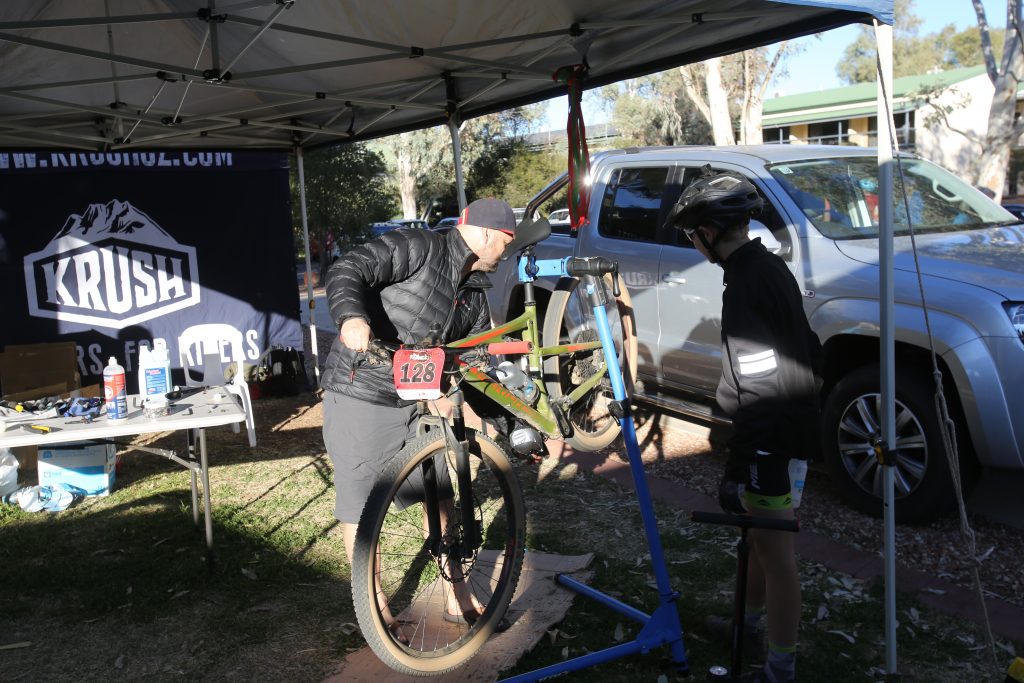 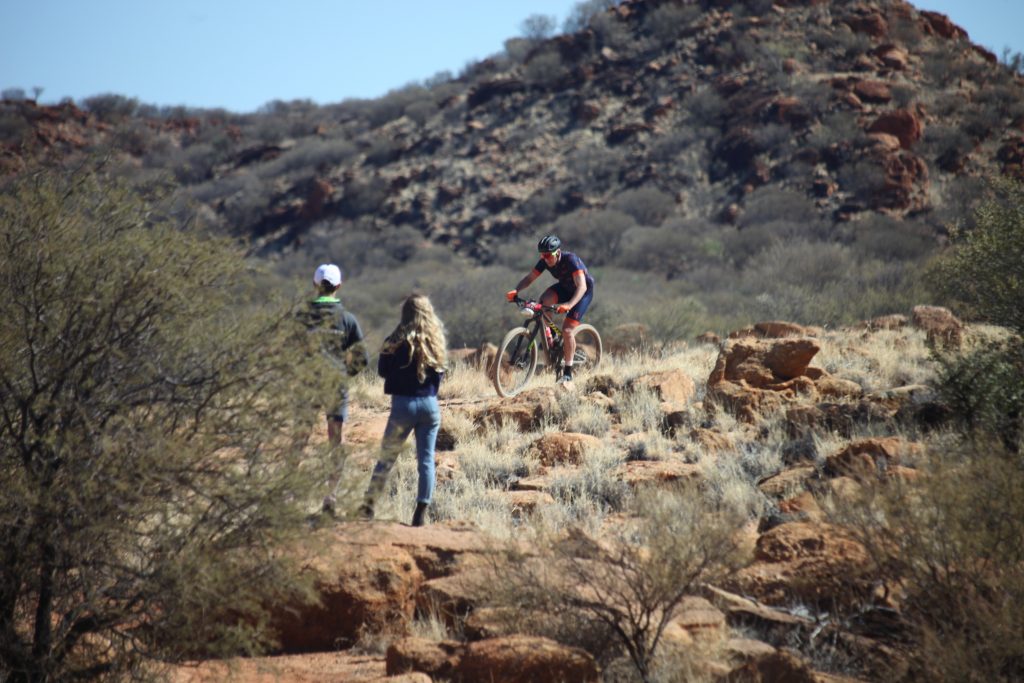 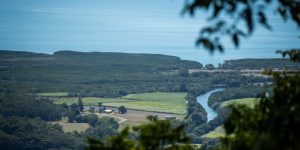