Posted on October 21, 2013 by Cyclist Australia/NZ

As Team Sky, power meters and Strava keep reminding us, cycling is more and more a numbers game. Which is why I’m sweating away on an ergometer in a windowless basement with something that resembles one of Ridley Scott’s aliens attached to my face.

I’m at Bespoke Cycling in London, doing a VO2 max test – a form of torture that would, in any other circumstances, be banned by the Geneva Convention. According to Dr Garry Palmer of training company Sportstest, my body’s maximum capacity to transport and use oxygen will reflect my physical fitness. Put simply, I’m about to find out if I can produce the magic six watts per kilogram that is the benchmark for an elite cyclist.

Palmer suggests that this test carries more value than simply comparing yourself to the pros. It’s a tool for self-improvement. You leave knackered, but with enough hard numbers to set some cycling-specific goals. 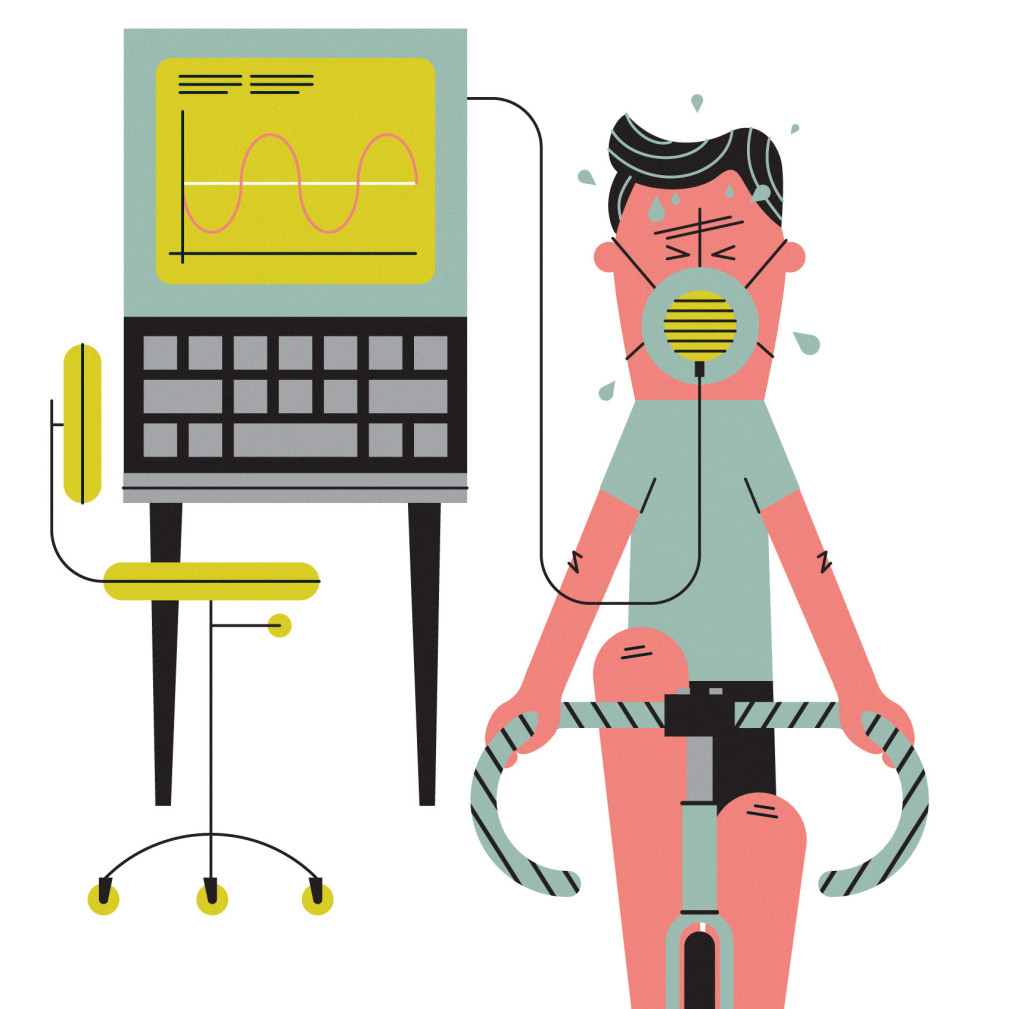 First up, Palmer orders me to strip down to my bib-shorts while he pinches me all over. This, he assures me, is to measure my body fat – which at 10.9% is below average, but still 3% above elite levels and almost 11% more than Chris Froome.

Palmer is one of the UK’s leading sports physiologists and works with numerous cyclists and triathletes – from rich City types to top-end amateurs and pros. And now me.

Palmer orders me onto the stationary bike, which is attached to expensive-looking gadgetry, complete with wires and screens. The noise as I pedal reminds me of planes on a runway. Not, in my case, a Concorde, but more like a rusty and cumbersome Airbus.

Fitted with a special breathing device with two protruding air tubes, I feel like a fighter pilot from Star Wars who has got lost and ended up at the local swimming pool (sterilisation means the mask has a distinct whiff of chlorine). Where last month I was a wookie shaving my legs, this month I’m a storm trooper taking orders from Darth Vader. Cycling Yoda, I may be, next month.

Starting at 150 watts, I pedal away, rising in increments of 20 watts per minute. Palmer covers the monitor so I can’t watch my figures. As he urges me on, I begin to suspect that the bike is connected to an electricity generator and he fancies boiling a kettle.

Quite soon I’m sweating profusely and slobbering into my mask like a rabid dog. My feet are so overcome with pins and needles they could open a haberdashery shop. A wheezing wreck, I eventually call it a day and slump over the handlebars.

Aided by a power shake, recovery happens fast and I’m soon regretting not giving it more welly – even if I know, deep down, that those final few minutes were the most intensely draining I’ve experienced on a bike.

‘You’re stronger than I expected,’ Palmer says as we run through the numbers. I can’t decide whether I’m proud or slightly piqued that Palmer assumed I would conk out before the 10-minute mark (I managed 13). ‘Your endurance is quite solid and I’m surprised by how much power you can produce,’ he adds.

Sure, I’ll hardly be knocking on Team Sky’s door with my power output of 380 watts per minute (highest average), while my power-to-weight of 4.3w/kg is somewhat short of the magic six. But my relative VO2 max of 58.71 ml/kg/min is, according to Palmer, that of a competitive club rider. Now I know where I stand (or slump) I can set myself some realistic training targets.

‘Your endurance is better than expected but there’s a lot of room for improvement,’ says Palmer. My cadence isn’t good enough and my threshold – the point at which I stop using my body fat as fuel – is too low.

Apparently I’d make a better 10-mile time-trial rider than a climber or sportive rider. Perhaps this isn’t the right time to tell Palmer about the 150km sportive in the Alps I have lined up for next weekend… 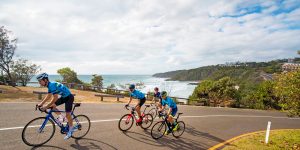 Velothon Q&A: Suffering and glory part of the appeal for founding rider Gove