A day for the true lovers of dirt. A stage circling picturesque Queenstown that offered a little of everything; climbing, descending, jumping and even a little hiking. Today, the real fun begun.

For the road fans out there you’ll no doubt appreciate the importance and at the same time, irrelevance of a prologue. Yesterday, the short and sharp Coronet Peak opener showcased those who were ready to race and exposed plenty who were either ill-prepared or simply here to enjoy the week, soak in the stunning scenery and hang out with their mates. Prologue winners were given the honour of pulling on the first yellow, green, red and blue leaders jerseys – signifying the various categories – however, today their mettle would be put to the test.

At the bottom of the Queenstown gondola, it was the European pairing of Sébastian Carabin and Ismael Sanchez (Vojamag/ESMTB) who would rise (or should I say free-fall) to the occasion. The Belgian and Spanish duo edging out yesterday’s winners of Tim Rush and Michael Vink (ONYA Bike) by a touch under two minutes. Kate McIlroy and Amy Hollamby (Wellington Airport) continued their run of first-place finishes by taking out the women’s race in what was another tight battle for the podium with Aussie pairing Briony Mattocks & Brodie Chapman (Shimano) coming in a little under five minutes behind. Also continuing their fine run of form, David Evans and Anthony Shippard (SRAM) repeated their Masters win in the Prologue with todays stage, extending their category lead yet further.

Without reeling off the full GC results, it’s worth mentioning all of the category leading pairs (Men’s, Women’s, Mixed, Masters and Grand Masters) finished inside the top-10 overall. If you’re in one of those categories this week (hint: we all are), well it’s fair to say these men and women mean absolute business.

Team Cyclist repeated its efforts of yesterday with fifth place across the line after summoning their youthful downhill exuberance to claw back as much lost time as possible, whenever the trail went downhill. From a road-like start along the Queenstown bike trail shoreline through to the tough ascent up to Moonlight track, Bowen Peak and into the delightfully smooth trails through Phoenix and 7 Mile, riders would face one more brutal grind back to the top of Thundergoat before being treated to a berm and jumps-filled ride back into town for the finish. 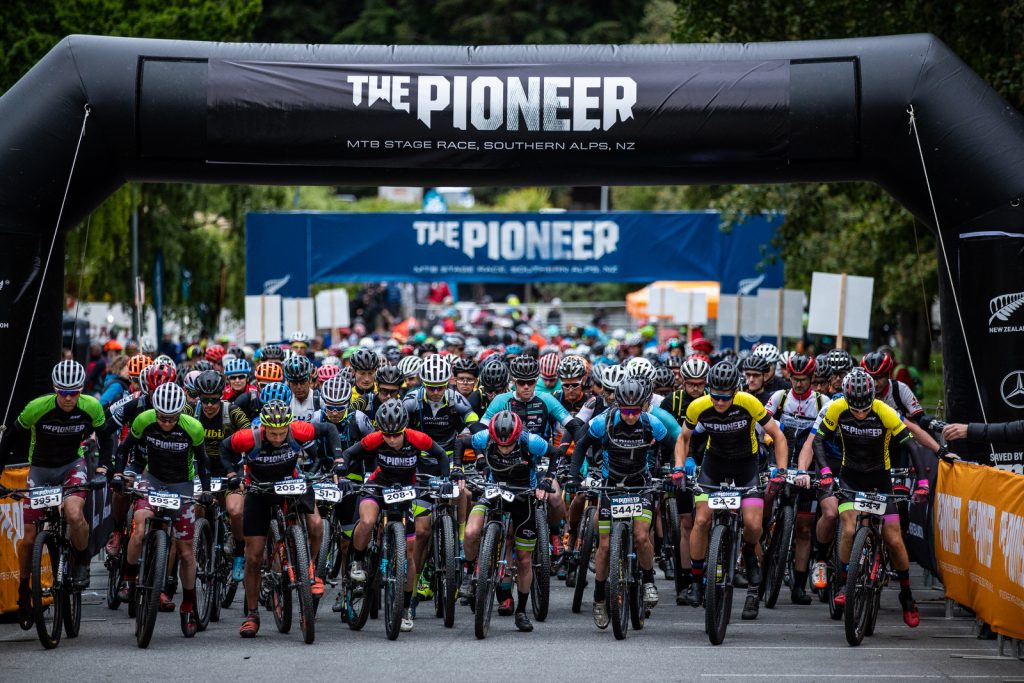 After two comfortable nights in our Airbnb high above the bustling streets of Queenstown, the race has packed up and moved across to Alexandra, where we’ll spend the following two evenings under the bright stars of the South Island sky. Having been here in 2017 for my first Pioneer, this afternoon really showed off just how much this event has grown. It’s not there yet but it feels like this could really be the next southern hemisphere Cape Epic. It’s a big call – Ive never ridden the Cape – but there’s little doubt its IRONMAN owners are moving in that direction.

So, what did my teammate think of today’s stage? Read on to find out. 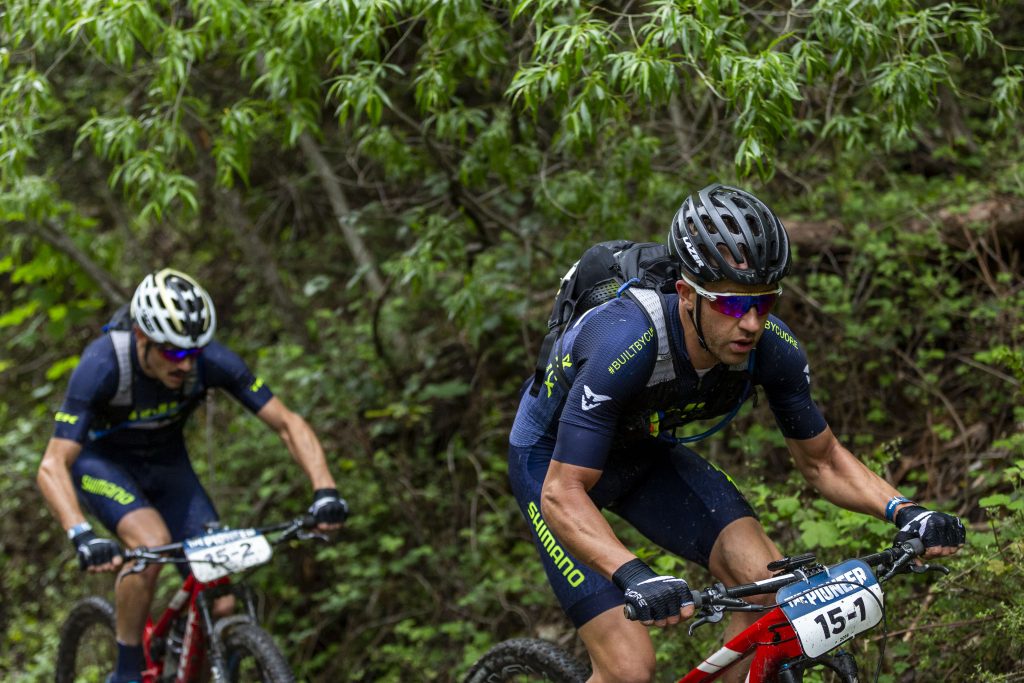 “The slate really does get wiped clean once a prologue and stage have been ticked off. It’s a hugely different dynamic for the bunch after more or less riding solely with your teammate yesterday. We rolled out of Queenstown and there was very little calm in the bunch. Guys are squeezing each other for the line, chopping off the apex of corners and missing corners. And that was just Alex in the opening 10km”, said Dan while relaxing on the massage table.

“I ended up on the front and tried to string out the bunch but quickly recognised the stupidity of such actions. It’s funny how much emphasis people will put on riding near the front, especially at the beginning of a stage but as soon as you hit the single track, you immediately switch to proximity to your partner and looking after each other. Upsetting or abandoning them this early in the race would be reckless.

Having known each other for over 10 years (we met in Whistler over a couple of quiet beers and burgers after a day of bike park runs), The Pioneer is oddly enough the first time we’ve ridden together in this way. 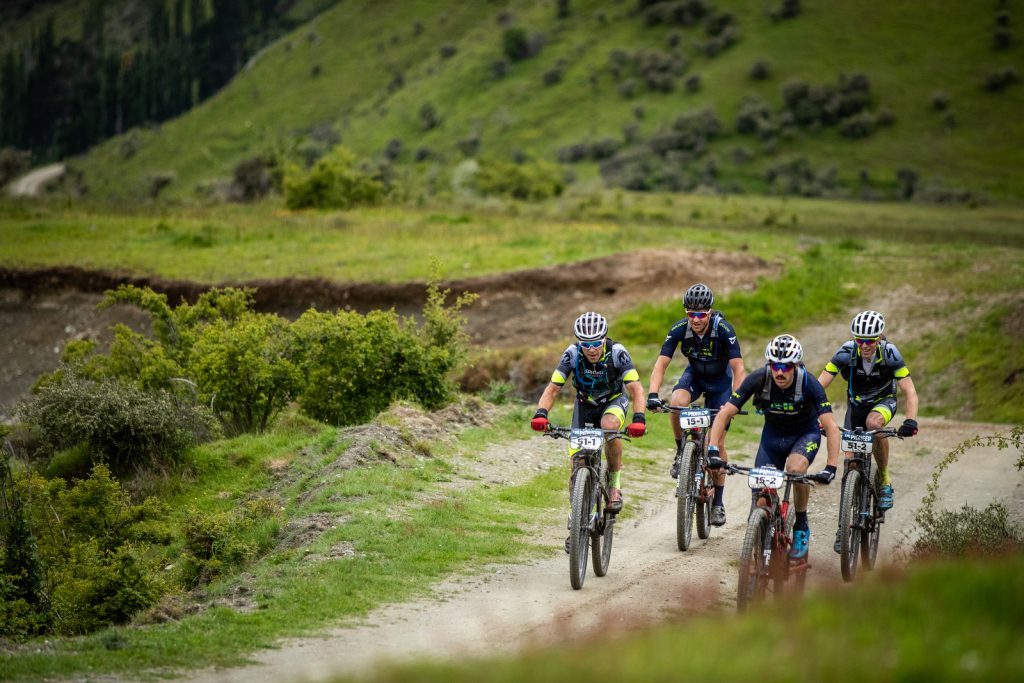 “As a pairing we are settling in pretty well. We’ve known each other for over ten years. We’ve lived together, travelled overseas on the road and spent countless hours in side by side single bed hotel rooms. We’ve both got our little triggers so it’s a matter of managing our tempers and efforts equally. What Alex can’t control however, is my propensity to crash. I had two of them today and both times it was as though a gym mat had been placed perfectly for my landing. A quick check of the body and bike and it was back to business as usual.

Tomorrow’s stage lifts things once again with a 100km loop around Alexandra which, from what we’ve heard, takes in some stunning yet technical trails and features more than 2,600m of climbing. Our guess on for our stage finishing time: six hours. 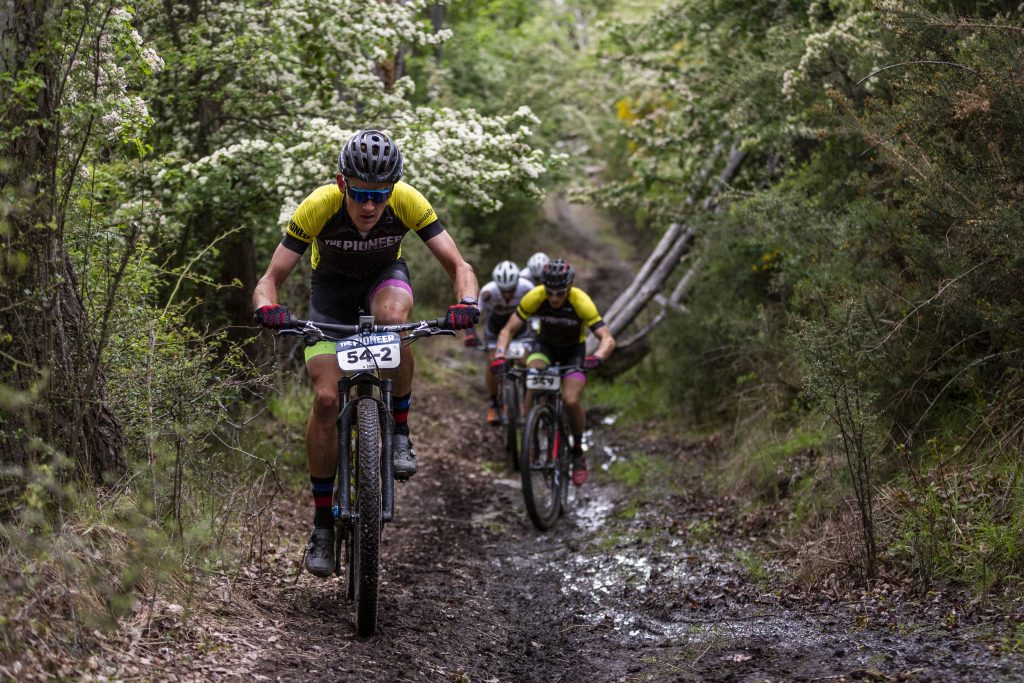 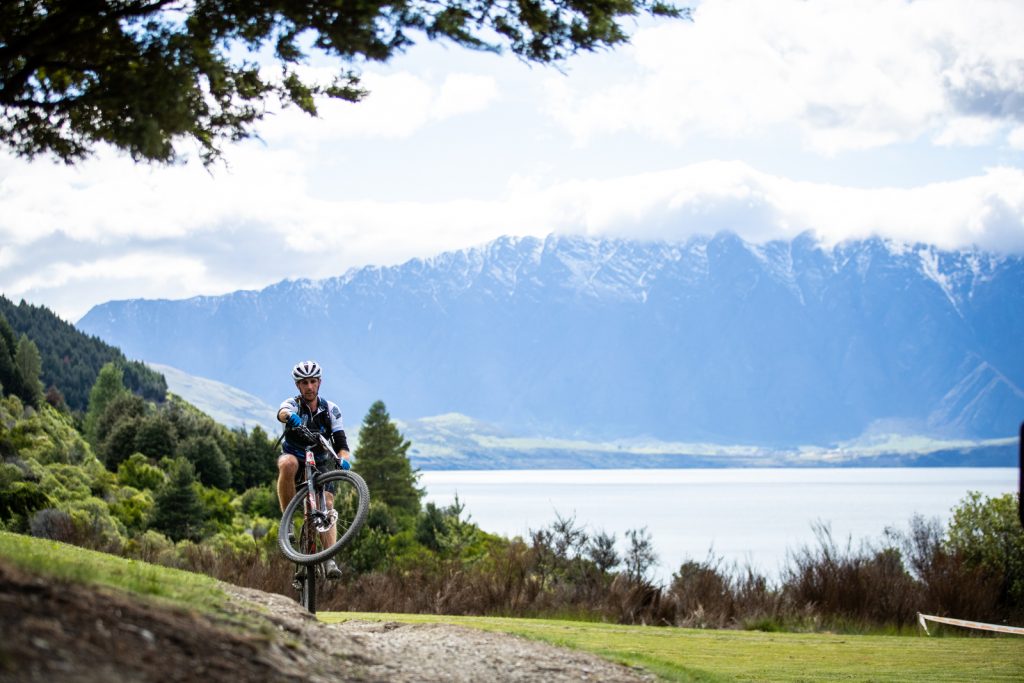 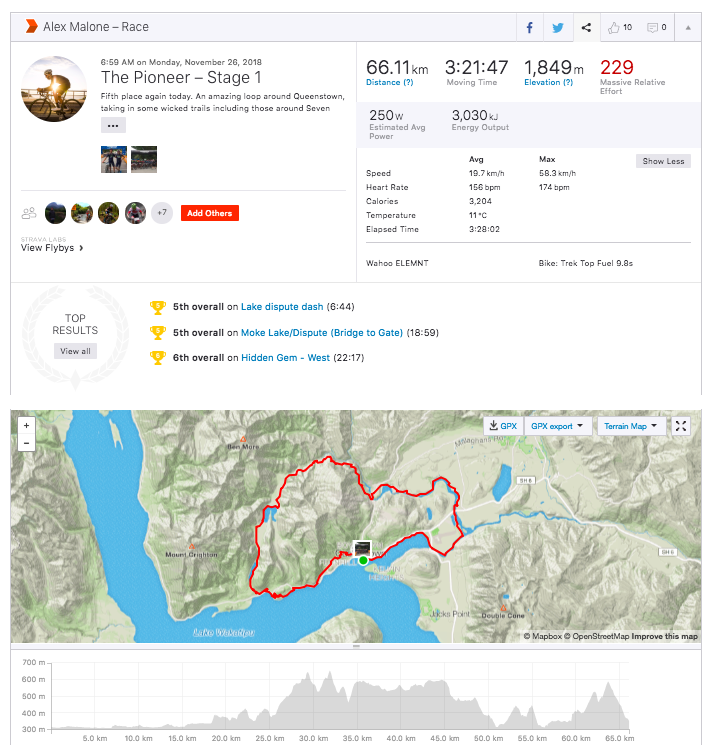 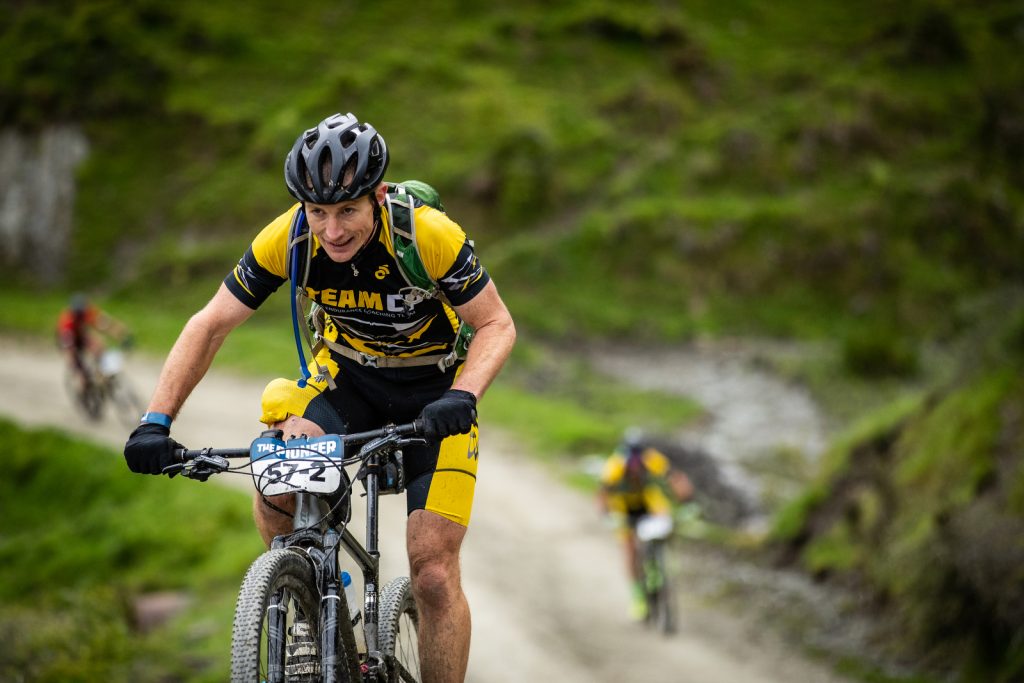 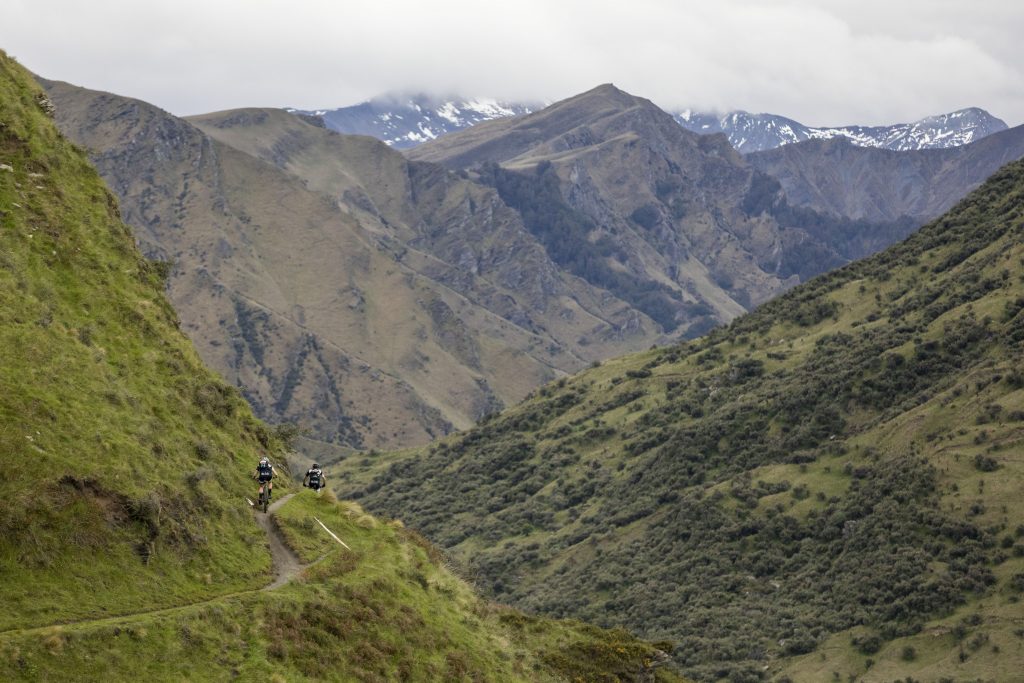 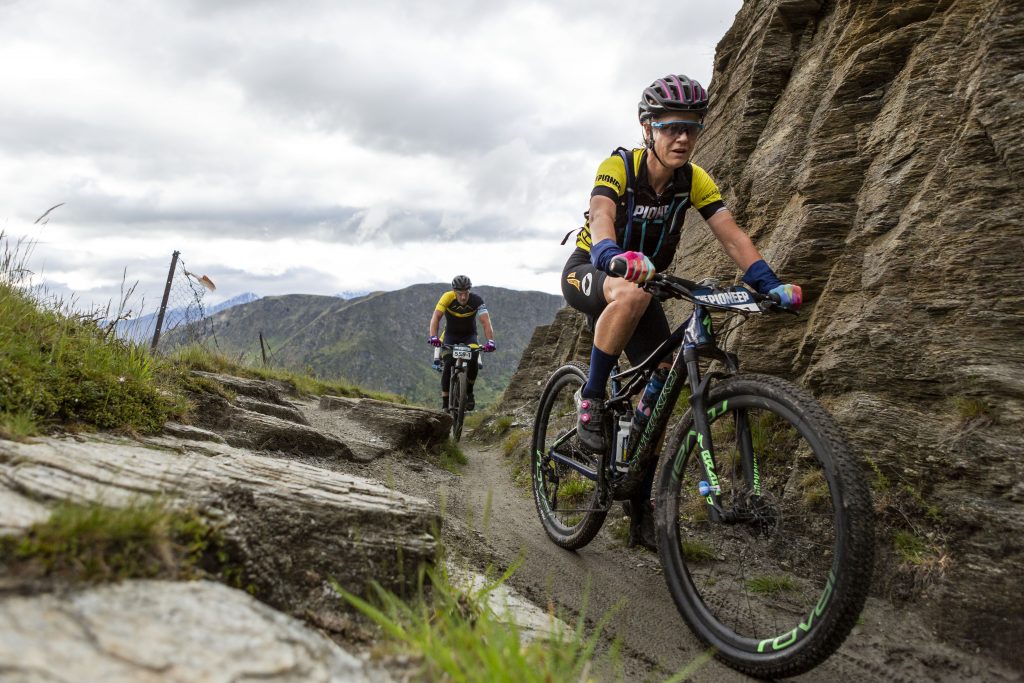 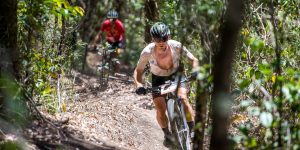 The first proper Outback stage of the 2019 Crocodile Trophy arrived on Stage 5 with an end...