Every stage race has it’s ultimate test and while each day of The Pioneer presents its own challenges, Stage 2 around Alexandra was undeniably the big one. Get through today’s Queen Stage and you’re over the worst (or best) of it, almost.

There are no easy days at The Pioneer. Each stage leaves the majority of riders exhausted by the finish but a day like the one around Alexandra, the Queen Stage, is always earmarked as the one to tick off. Today’s 100-odd kilometre route (a little short than the expected 112km) delivered a little of everything, plus some.

The ‘tranquil’ opening kilometres along the Otago Central Rail Trail didn’t last long with the front runners changing position throughout the day, only the pairing of Jon Odams and and Brendan Johnston (Giant Australia) riding at the front from start to finish. At the end, the Aussie team would take the stage and with it, a slender 37-second lead in the general classification over Team Onya. Third place went to Ryan Sissons and Sam Osborne and with it, shifted the Winger Hamilton team into third overall. 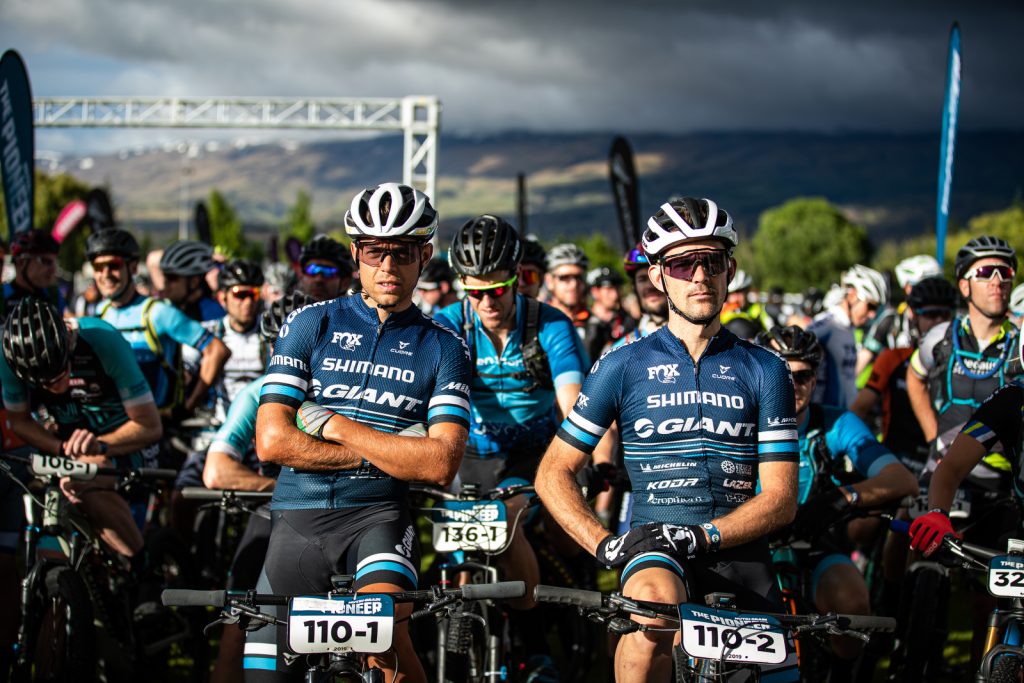 “Today we kind of had to take it to them pretty early, our intention wasn’t to drop them [Team Onya] but just to put the pressure on them on the bits that suited us which was probably the early single track,” said Johnston. “But we just opened up a gap on the first climb and kind of went on with it and pushed on and broke the pack up and had five minutes at one point. From there we had to conserve until we got to the final climb which we were looking at all day.”

In true Pioneer spirit, even the best riders at this year’s race are taking at least a moment or two in order to soak in the Pioneer surrounds.

“Most of the climbing is pretty slow so you can look around and see how dramatic the scenery is, most of the looking was up to be honest trying to find the top of the climb, but it was spectacular riding today,” added Johnston. 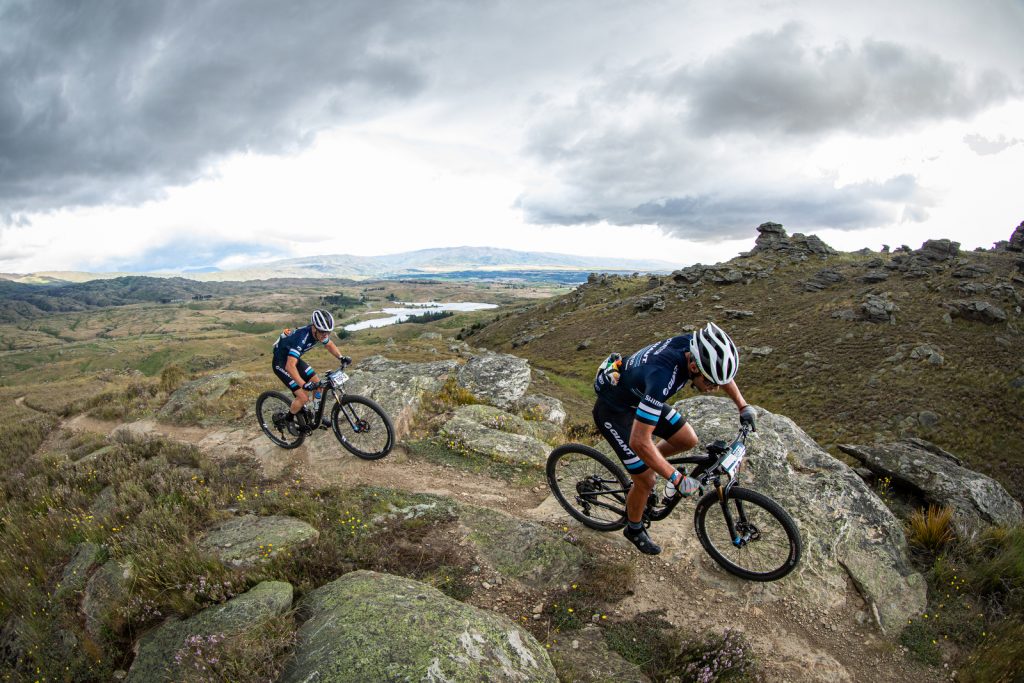 Team Jojo seem to be unshakeable this year in the Mixed pairs category with Joe and Josie finishing inside the top-10 overall on the stage and with a comfortable margin over second place SRAM MTOSS. Hot on their heels were the two-time mixed overall winners Mark Williams and Kate Fluker in third. With less than 30 minutes separating the top-three overall, there will be no let up tomorrow.

In the women’s field, Amy Hollamby and Kate McIlory (Stonewood Homes) are truly in a league of their own with a 40-minute buffer over today’s second-place finishers Nina McVicar and Reta Trotman and another 40-odd to third place Hannah Buchanan and Sarah Gilbert.

A special mention should also go out to the men’s Masters and Grand Masters teams of Anthony Chapman and Andy Hogan (Optimal Performance) and Marc Baechli and Daniel Christen (Terreactive IT Security) respectively. The leaders of both categories seem to be powering along each day without fuss with both squads comfortably sitting inside the top-20 overall. 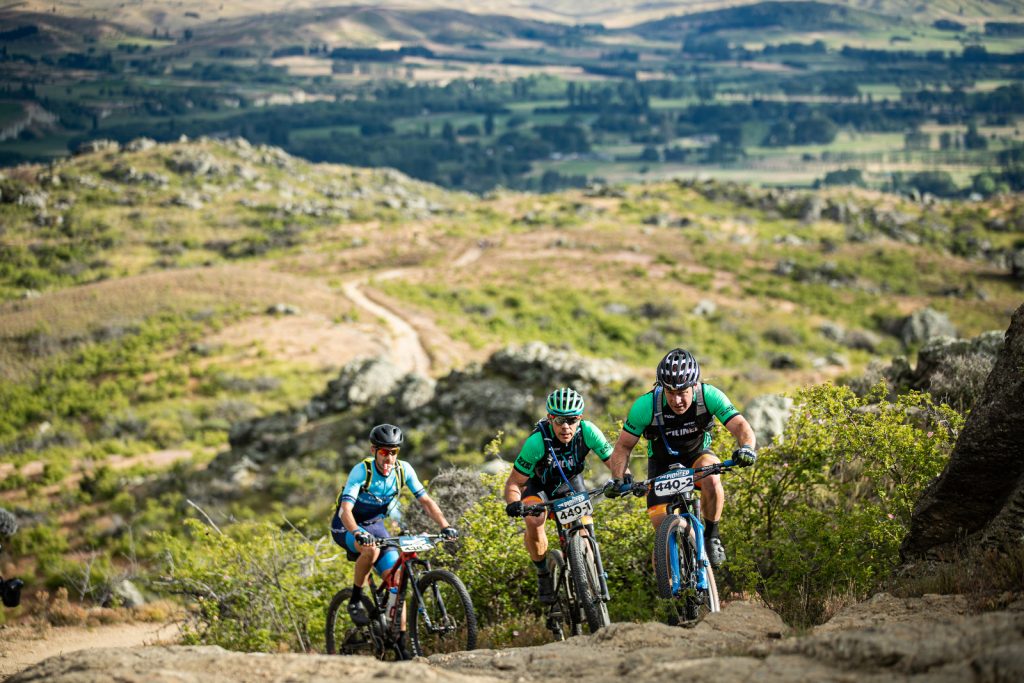 Kicking off from the heart of town, the rapid start had the first wave jostling for position as the first section of MTB Heaven awaited. Climbing up nearly 400m over the opening 10 kilometres had the bunch promptly separated as each team found their rhythm.

In similar fashion to yesterday, the pace of the front five just proved a little too much for team Cyclist Australia/NZ and once into the Alexandra singletrack, I insisted we ease back on the sauce. Over the top of the first climb and it was into a long downhill section which we recalled from last year. It seems however, I forgot about a certain section that, unless you’re a local, is totally not jumpable. 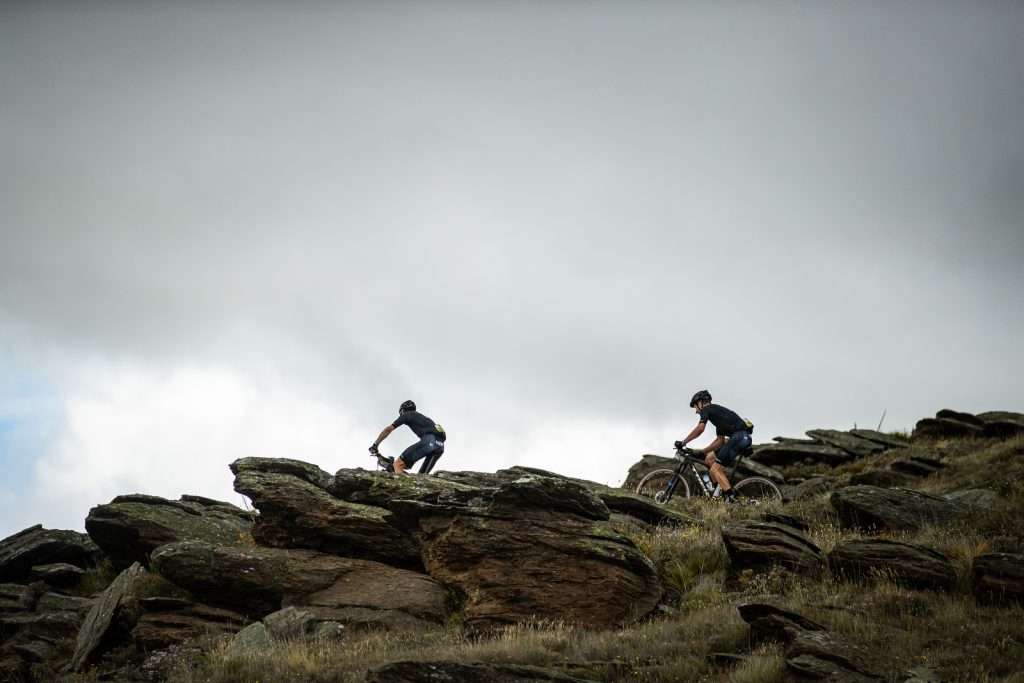 In true Pioneer spirit, I #FoundWelcome in the form of a large boulder on the other side of the ‘kicker’ and landed heavily on top of it – somehow maintaining speed – despite both feet being blown off the pedals – in the process. Thankfully, my mishap didn’t damage anything and after a quick stop to check everything out, we were off onto the lovely Clutha River cycle trail and then up the Sphinx Rock Trail.

This was where the first big test of the day arrived with the climb taking us up nearly 500m in elevation and up onto the big range loop of Flat Top Hill. The views from up here are simply breathtaking and I remarked to Dan just how cool it was to be looking down to the towns below from this height. 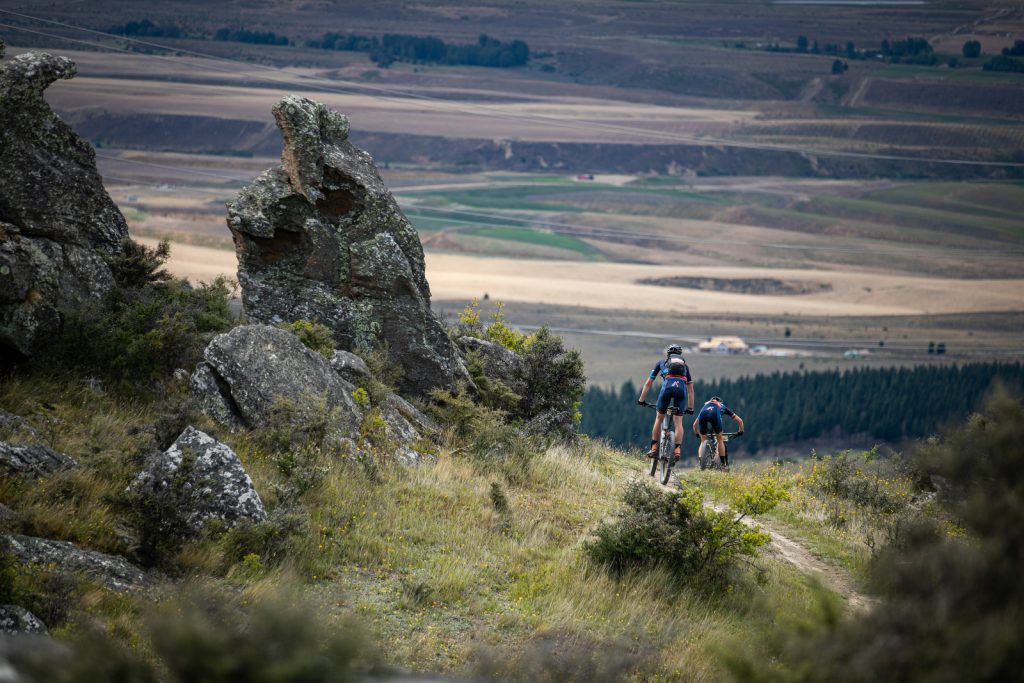 Down the Black and Blue, up the Purple Haze and up again around Butchers Dam, today’s stage really just kept the hits coming. Gusting winds kept us on our toes and as per yesterday, I did my best to keep our pace at a tough but sustainable threshold and anytime I felt it going a touch too hard, would reign Dan in with a few choice words. Again, he showed absolute class and patience as the middleweight ‘climber’ did his best to hold onto the featherweight throughout the day.

Through the second Aid Station and we could see the MAAP Shimano team up ahead. ‘Don’t chase, let them come to us’, I told Dan. Seeing them up ahead gave us an indication of our more diesel pace and nearing the base of the huge final climb up out of Clyde, we slowly made our pass. We both remembered this one from last year but thanks to a more steady ride throughout the day, I certainly felt like we did it ‘easier’, but not easily. 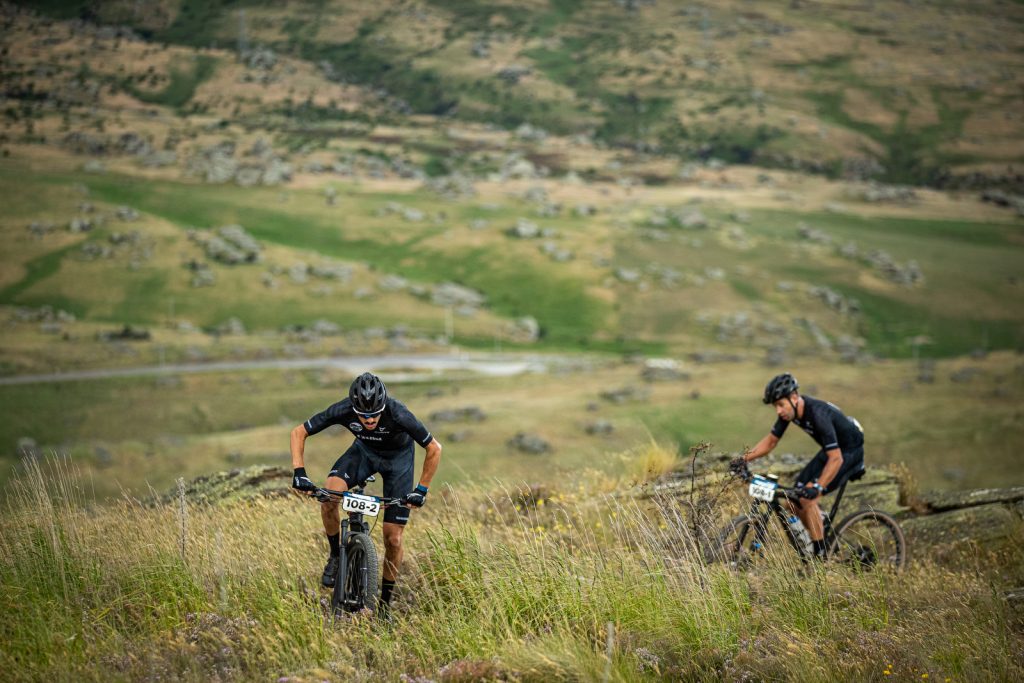 A rapid stop at the final feed zone of the day – made even quicker by Dan blasting ahead with my bottle – and it was onto the wicked Clyde Enduro Trail. Maybe it’s the new Trek Supercaliber 9.8 or perhaps a little more time on the MTB but we scorched down the steep and flowing trail in what felt like a much better speed to 2018. Onto the flat and into the wind seemed no problem for Dan who kept the pace high all the way to the finish back at camp Alexandra.

Today was another huge day of energy expenditure with nearly 4,500 calories burned across the five-hour stage but with (what I hope) is a more robust bank of endurance, I feel like today is the pace we can maintain again tomorrow. 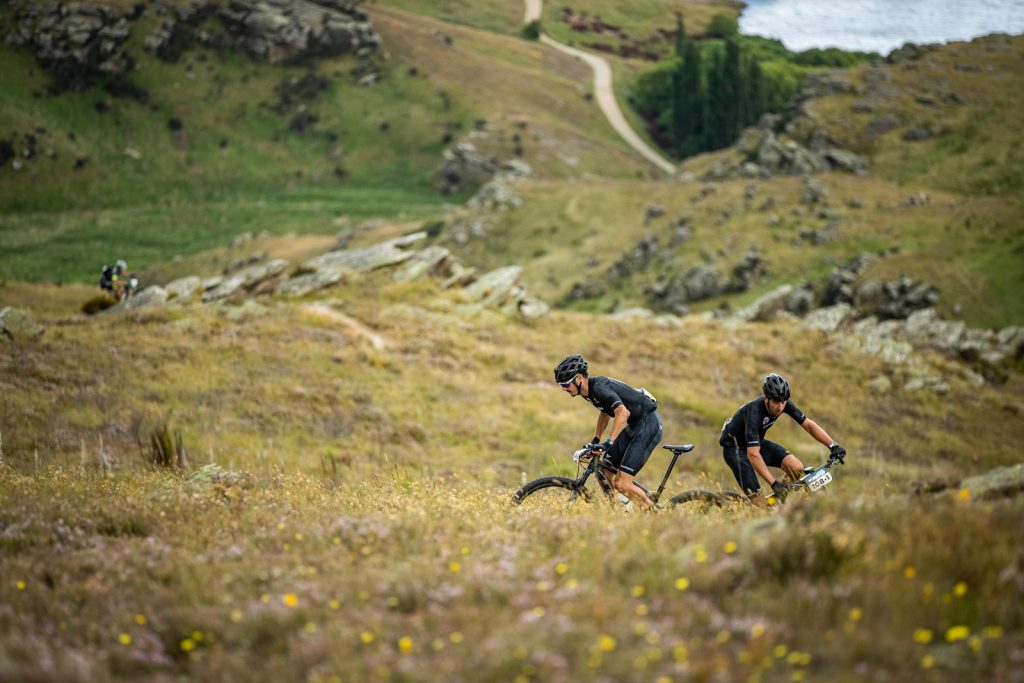 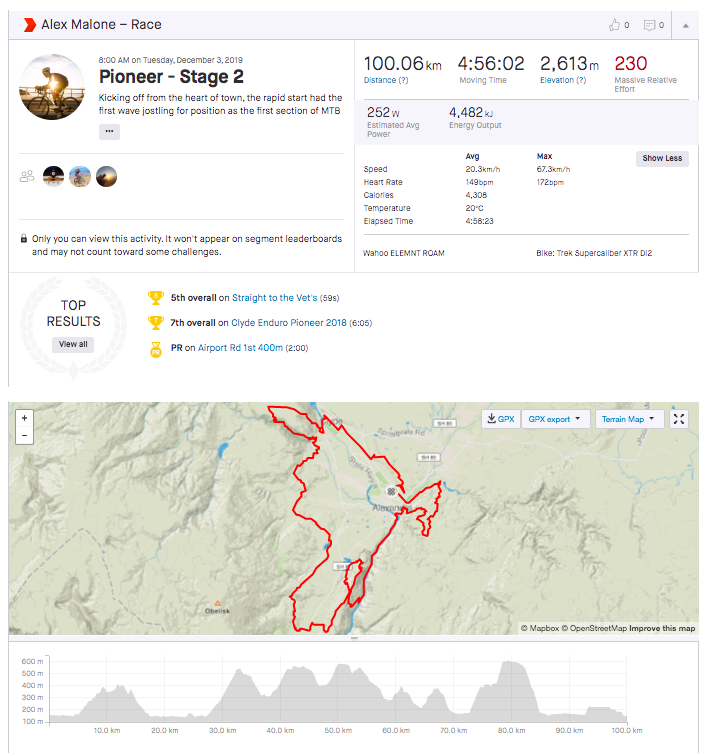 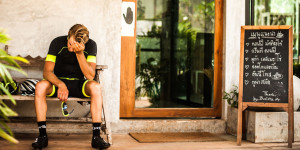 We answer most subscriber emails ourselves but sometimes, we need an expert like Performan...