The 2018 Pioneer has kicked-off and with a slip and slide up and down the popular ski resort of Coronet Peak – no snow today – it’s fair to say this year’s edition just outside Queenstown opened it up in style.

Less than a week ago race organisers were in a state of controlled panic. With more than 40cm of snow dumping down on and around Queenstown, followed by torrential rain, there was a high chance the Prologue would be a sodden affair come Race Day. But with the third edition of The Pioneer rapidly on approach, the Gods of MTB duly went about repairing much of the damage done earlier in the week and with the combination of shovels, picks and freshly cut tracks, racers of the 2018 edition could have been forgiven for thinking it was business as usual.

The 20km Prologue featuring more than 1,100m of climbing starting and finishing atop Coronet Peak started on time and just a few short hours later, the day’s winners had made their first mark on the six-day race. In the men’s category (and fastest overall), it was the local speedsters of Tim Rush and Michael Vink (ONYA Bike) who would take out the day with Amy Hollamby and Kate McIlroy (Wellington Airport) narrowly taking out the women’s race – with second and third finishing within 30 seconds. A special mention must also go out to the Sydney duo of Anthony Shippard and David Evans (SRAM) who came to NZ with the sole objective of winning the Masters Category – along with the Sydneysider competition – and have taken a small step in the right direction by cleaning up the opening prologue while finishing well inside the top-10 overall. 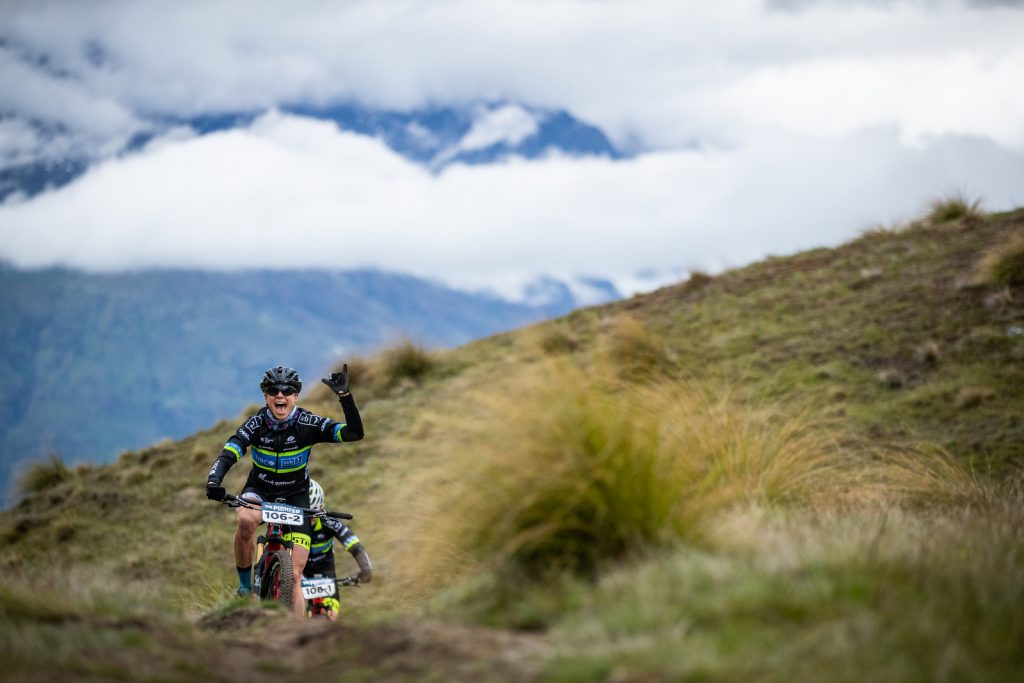 The plan for Team Cyclist was for me (Alex) to lead the opening 30-minute descent of Rude Rock [WATCH THIS] when the mantle would be passed to Dan Bonello to take care of all uphill duties. Today, Dan would have his work cut out for him, managing a high-tempo where possible while also attempting not to take me too far into the red.

“Today was such a challenging stage, any sort of warm up was quickly made redundant by the long descent off Rude Rock. It took us about 25 minutes to get down it but it was surprisingly physical. I’m sure we burned a heap of energy in that section alone,” said Dan at the finish. 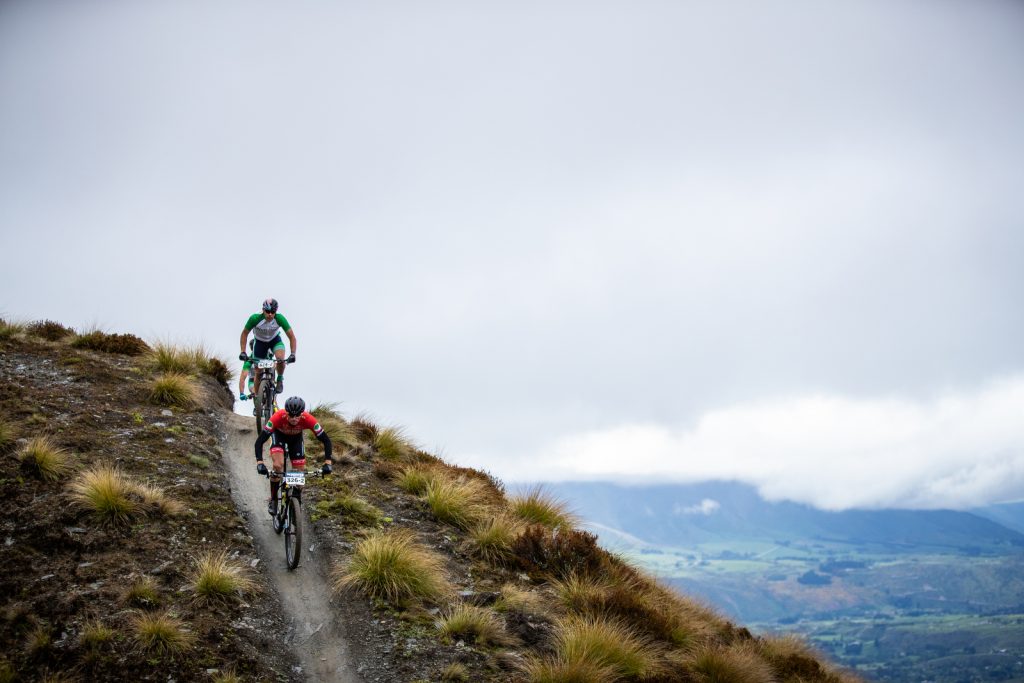 Our duo has been riding together since our early 20s and yet today would mark one of a small handful of XC-style rides that have been completed together. I won’t lie, there are some kinks that we’ll iron out over the coming stages but considering we’ve mostly tried to beat each other up over the years, instead of working together, we did reasonably well. Dan, the far superior climber, did his best to temper the ascending legs and I enough stubbornness to not slow us down too much. Three crashes between us including one that would have rivalled the skills of an Olympic synchronised swimming squad was a great result given the conditions and wild nature that is Rude Rock and Pack Track.

“It was pretty tricky in those conditions. Obviously you’ve got huge disparity when you are switching between a tarmac climb and proper mud. The humorously slick mud was well beyond what we ride back home. I didn’t feel compromised by tyre choice [Maxxis Aspen] on the tech sections but my suspension setting could use some work”. 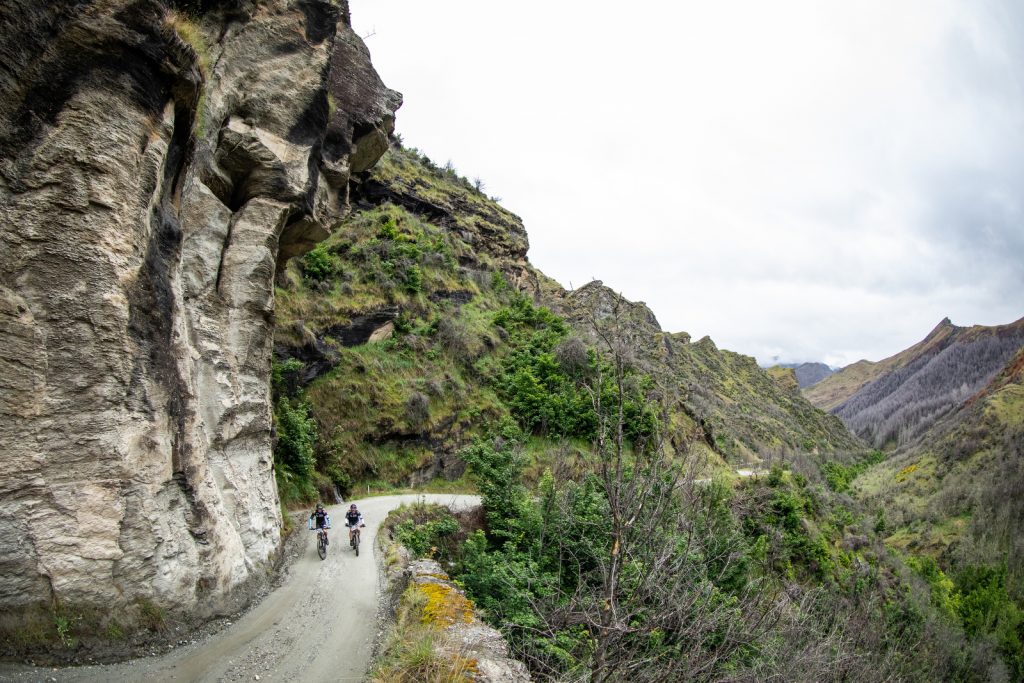 Fifth on the stage is a nice way to open the week but with just 20km and 1,000m vert ticked off, we’re under no allusions regarding the difficulty that will come over the following 400km and 14,000m+ of climbing.

“We have found a fairly comfortable rhythm. Like any pair we each have our strengths so we just have to keep that in mind and not get too excited. There’s still a long way to go”. 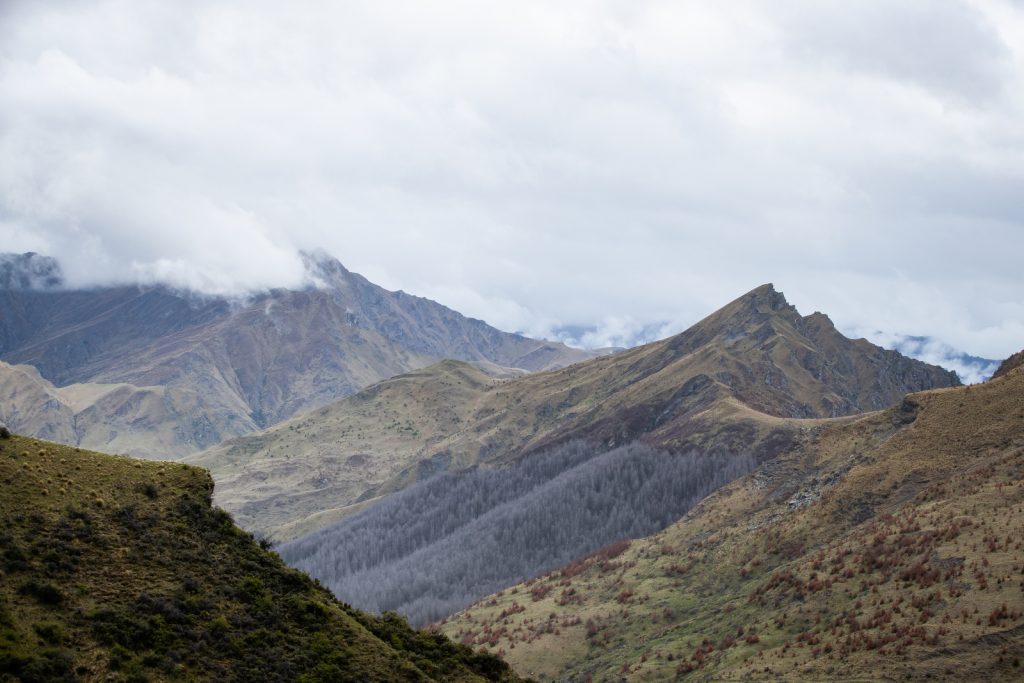 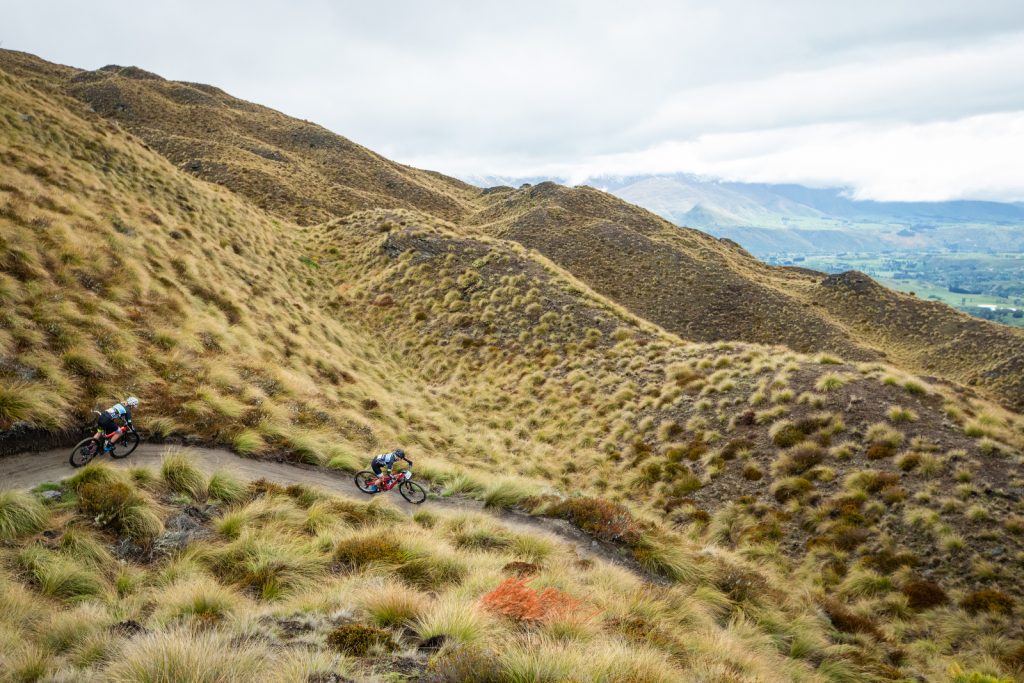 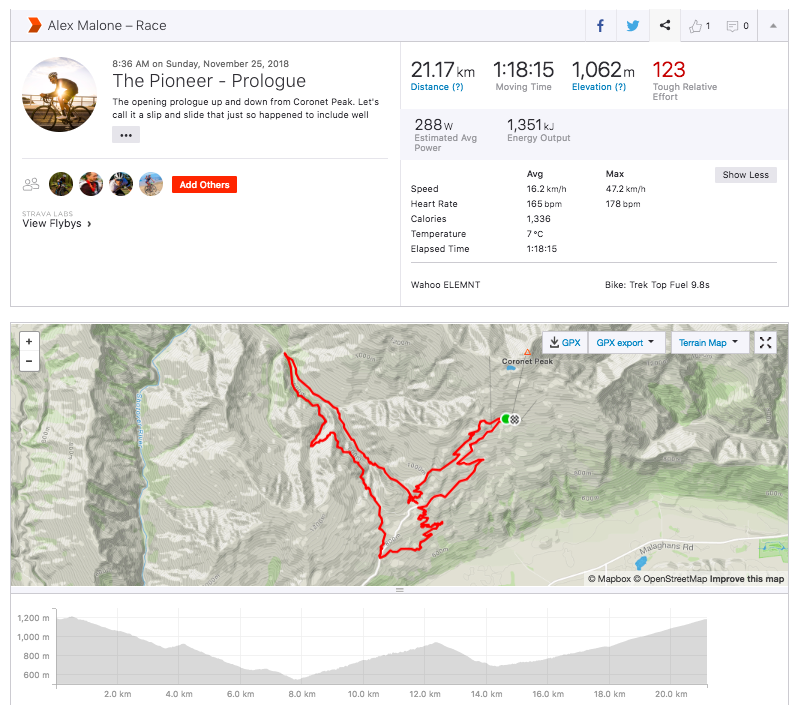 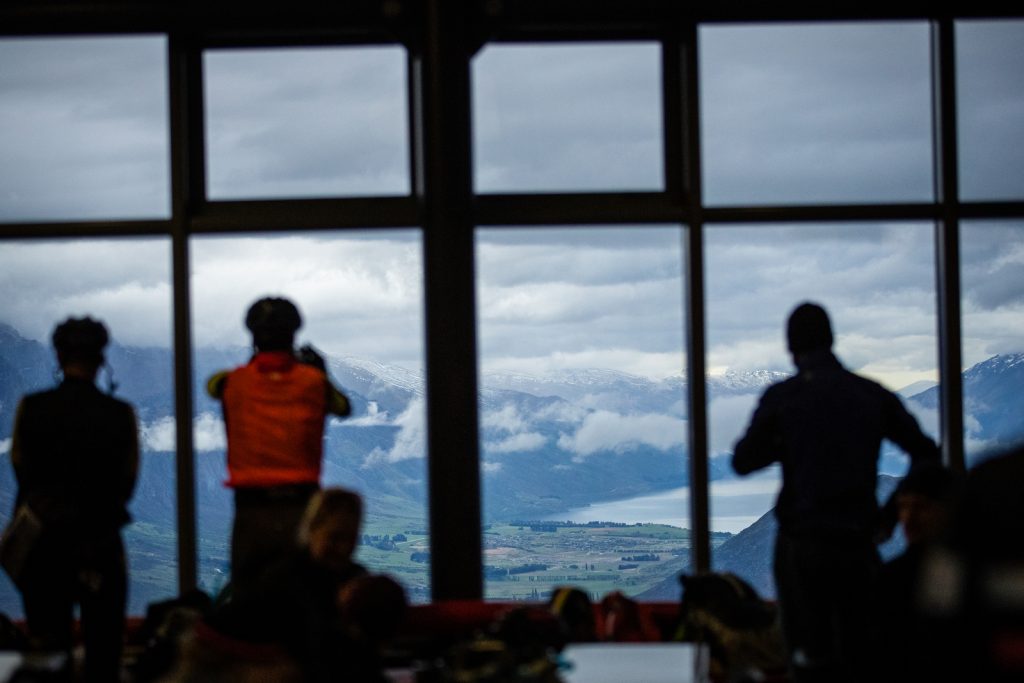 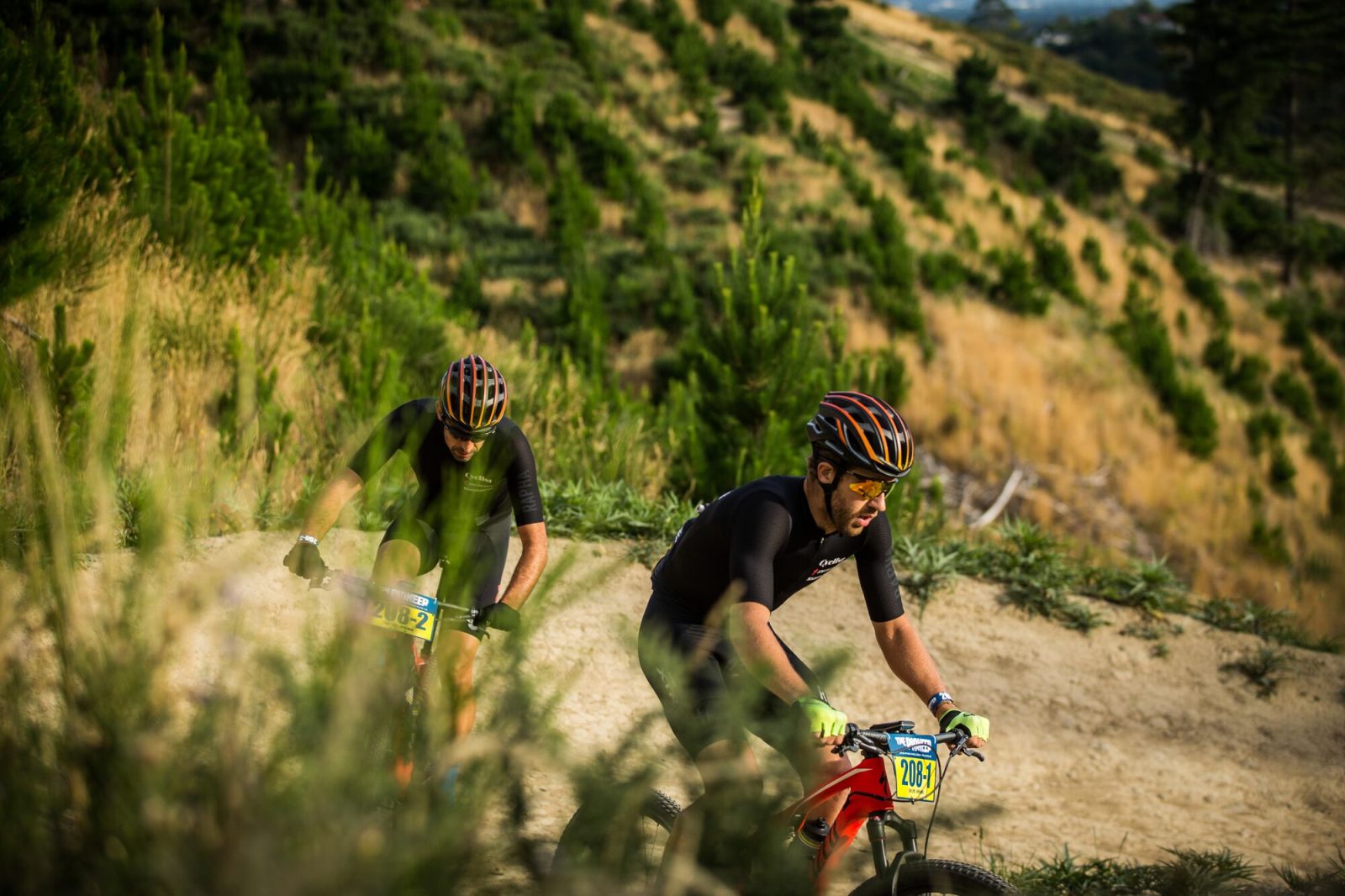