If there was ever a pre-Pioneer debate around which to classify as the Queen stage, it would have been between Stage 2 and today. The penultimate day of the 2018 Pioneer would be one of the toughest as weary riders faced the Carrick Range and Mount Difficulty – enough said.

The formula for getting through an event like The Pioneer is fairly simple and yet so complicated at the same time. Some teams race from the gun everyday until they can barely emerge from their tents the next morning while others play the long game. This year, there’s been an intriguing mix which has seen the top placings for each stage swap more than a few times. The presence of ONYA BIKE at the front of the race somewhat unhitches this idea but for the rest of us, nothing is certain before the final arrival into Queenstown. 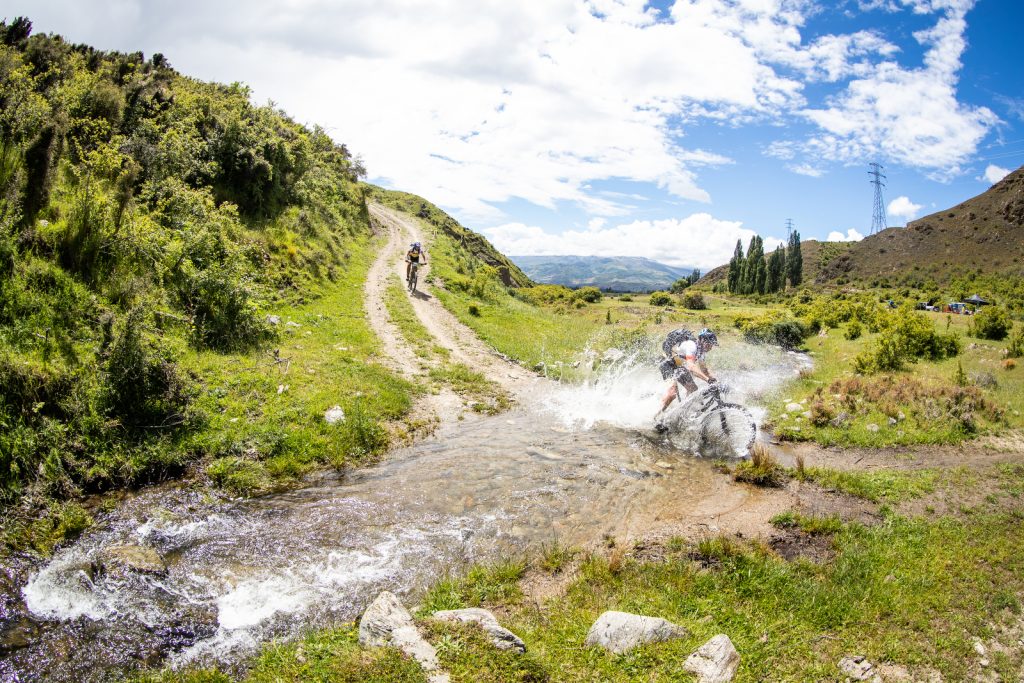 Yesterday’s Pioneer press release read: Aussies make a move… and today was no different, the team of Brodie Chapman and Briony Mattocks (Shimano) taking out the stage with a sprint victory after a 70km figure-eight course around Bannockburn featuring near on 3,000m of climbing. The leading women’s team from Wellington Airport showed their class by sticking with the motivated Aussie duo throughout one of the toughest days of the week. After more than 10,000m of climbing and more than 20 hours of racing, the overall victory in the women’s category will all come down to tomorrow’s result.

In the men’s field it was groundhog day again with ONYA BIKE taking out the stage with another commanding ride while last year’s winners James Williamson and Scott Lyttle closed in on the second-place overall squad from South Africa to make tomorrow a exciting day for the final podium spots in the men’s race. 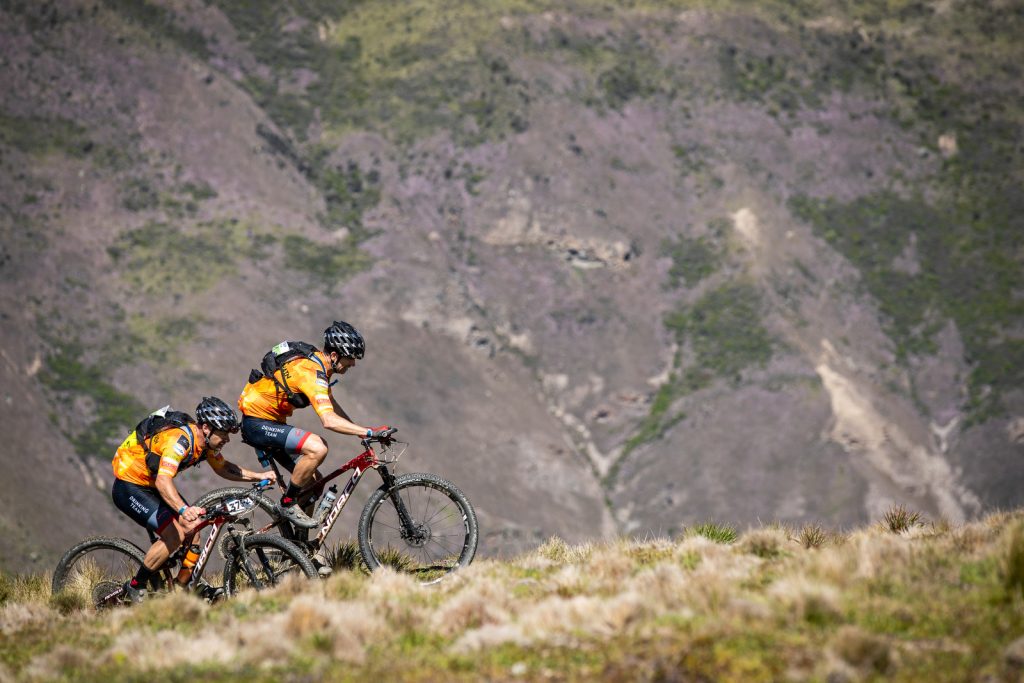 For team SRAM it was another day in green but this time far further up the front of the race with David Evans and Anthony Shippard sprinting Alan Gordon and Timothy Hammond (Spot Africa/Insect Science) for third place on the stage. As long as they finish tomorrow like they have each day this week, their overall win is all but set.

For us, or I should say ‘me’, it was a day of minimising losses and ensuring we remained cool and collected – despite losing touch with the front group early in the day. After yesterday’s stellar ride into Bannockburn camp, today I paid the price, our near 30-minute deficit to the leaders a sign that it just wasn’t our day.

If I was a betting man, I would have put money on today being the toughest. Climbs of hour-long length and gradients well above my weight category meant that it was about just getting through as best as possible. Thankfully, the stated elevation gain didn’t quite meet the reality. 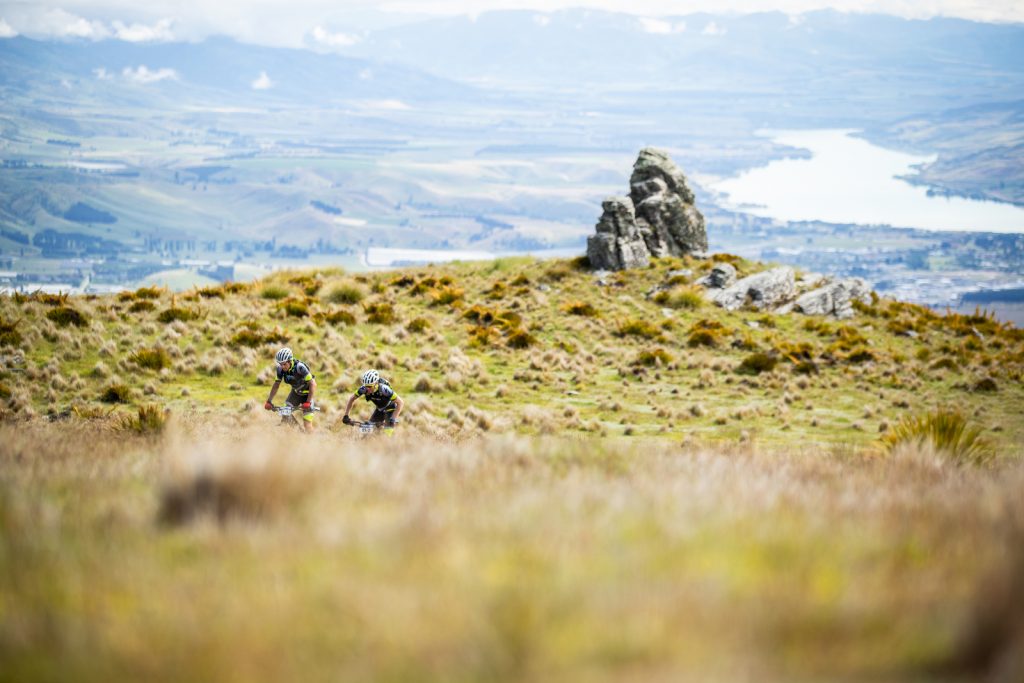 “The organisers had put the fear into the entire field with today’s elevation profile. Just over 3,500m of elevation in 70km was a little hard to believe and sure enough we ended the stage with just shy of 3,000m”, said Dan Bonello.

“The fatigue really set in for Alex and I today. We were unable to follow the lead guys from the base of the main climb which meant we continued to lose time all the way up Mount Difficulty. We really just had to push on and go at the pace we could manage.

One thing I really noticed today was just how helpful and encouraging the staff and volunteers are at The Pioneer. All the way up there, deep into the mountains you’ll come across someone sitting in a high-vis vest screaming encouragement. Then, you pull into an aid station and get questioned if you want berry or pineapple-flavour Pure electrolyte. ‘Oh, and don’t forget to grab a brownie’ before setting off again.

In what feels like a whirlwind week, Friday brings The Pioneer for 2018 to a close. Last year we were treated to a jet boat ride en route into Queenstown and tomorrow we will receive the same – after at least a few hours of challenging terrain up and over Mount Michael. We can almost taste the famous Ferg Burger (burgers) from here. 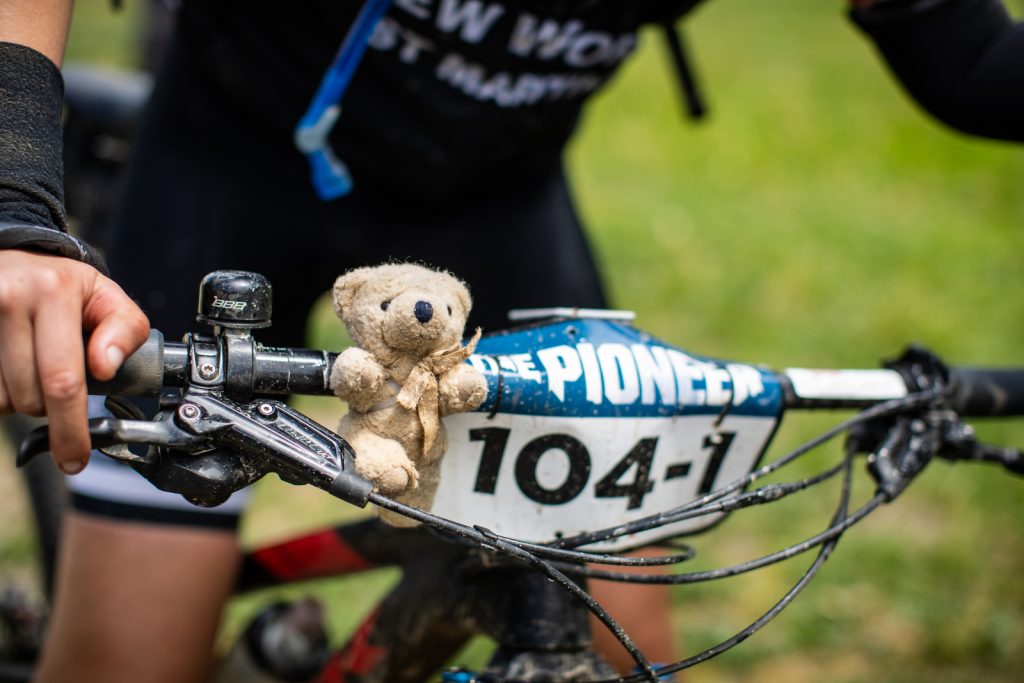 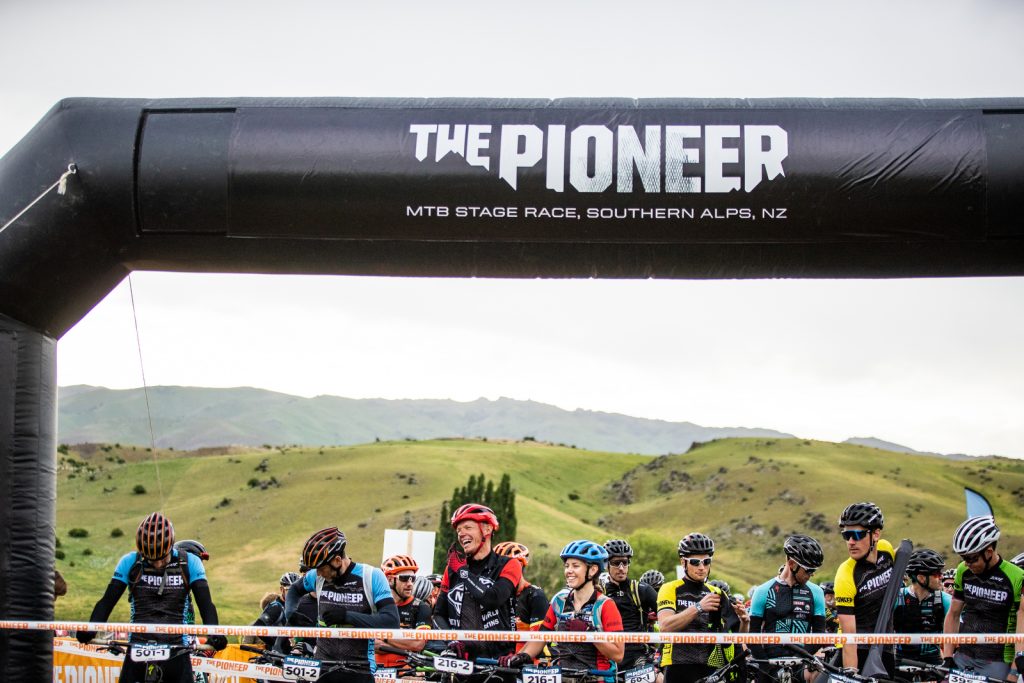 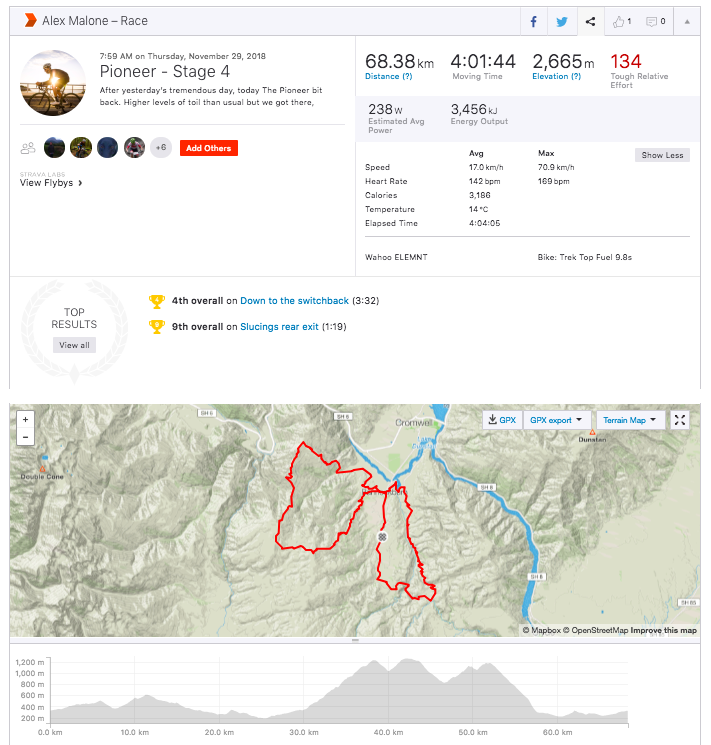 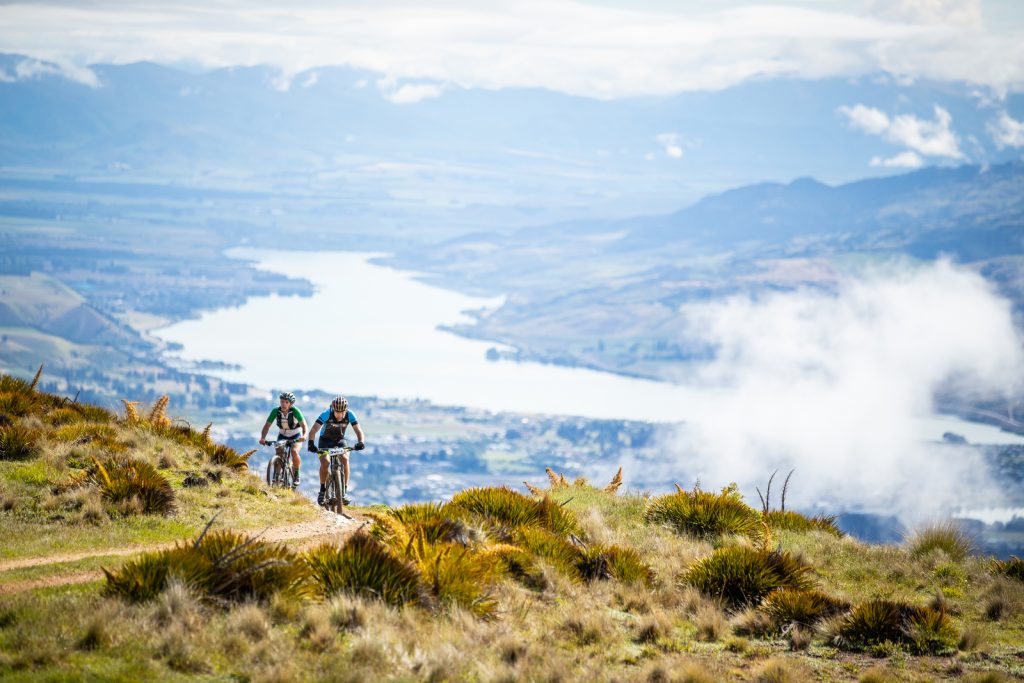 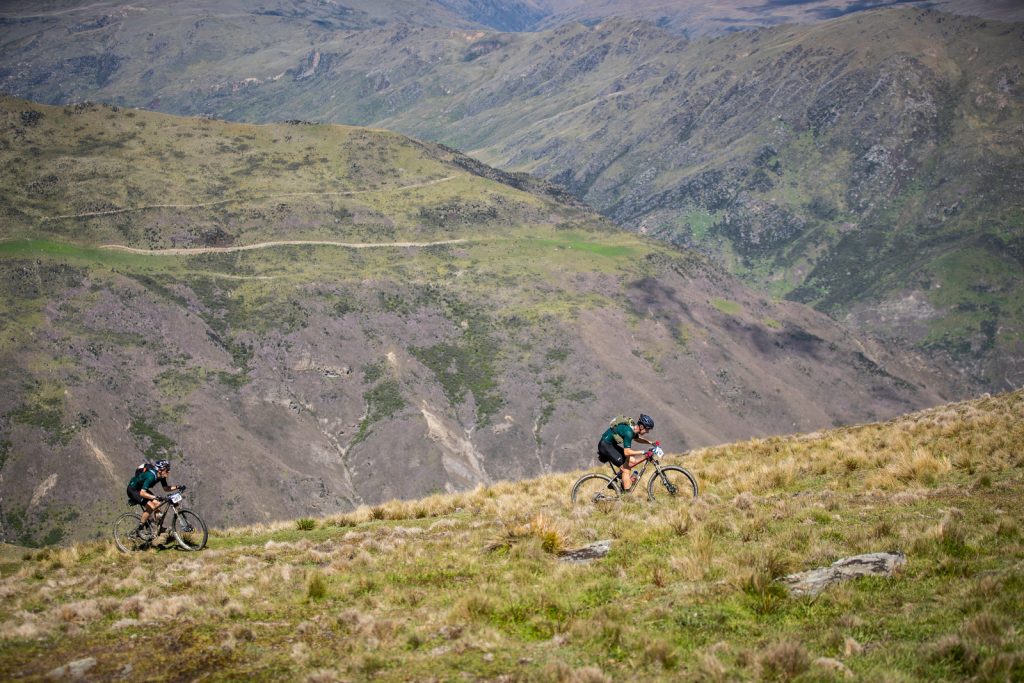 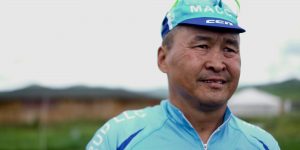 Welcome to the Mongolia Bike Challenge. After two days of touristing around the capital of...