Few have done more in recent for the Australian cycling sphere than Bicycle Network. As advocates for the sport, community leaders, policy changers, and event organisers they are a constant presence that many of us have been involved in.

In the lead-up to their signature Around the Bay event, Cyclist shares a story from Maurice Manning, a rider new to the sport who has somehow found himself signed up for the 300 Club.

Around the Bay’s relationship with Melbourne is long and storied. From humble beginnings, to capturing the heart of the riding community, to now – where Around the Bay jerseys of different vintages are a common sight amongst morning commutes all around the city. 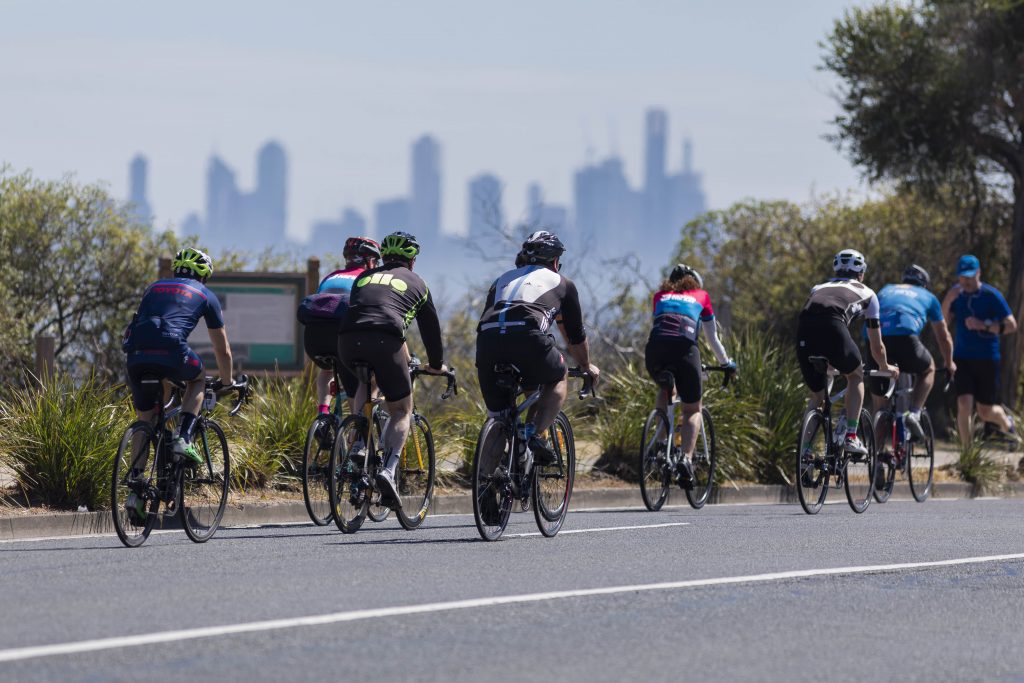 But this isn’t a story of events that shape a city, or cities that shape events, rather a personal story of how an event helped shape me (or at least get me in to shape).

I got in to bike riding to lose weight, plain and simple. I started off riding to work and was so embarrassed by my fitness that I would stop blocks away from my office to wipe my brow, catch my breath, and walk in to the office composed. I didn’t want anyone to see me red faced and panting. For some ridiculous reason, I was ashamed to show that I was trying (hard) to better myself – probably in case I failed.

Then a friend told me about Around the Bay. The 100-kilometre ride was only a fraction of the entire loop of Port Phillip Bay, but it was a monumental challenge to me. And the excuse I needed… to try. 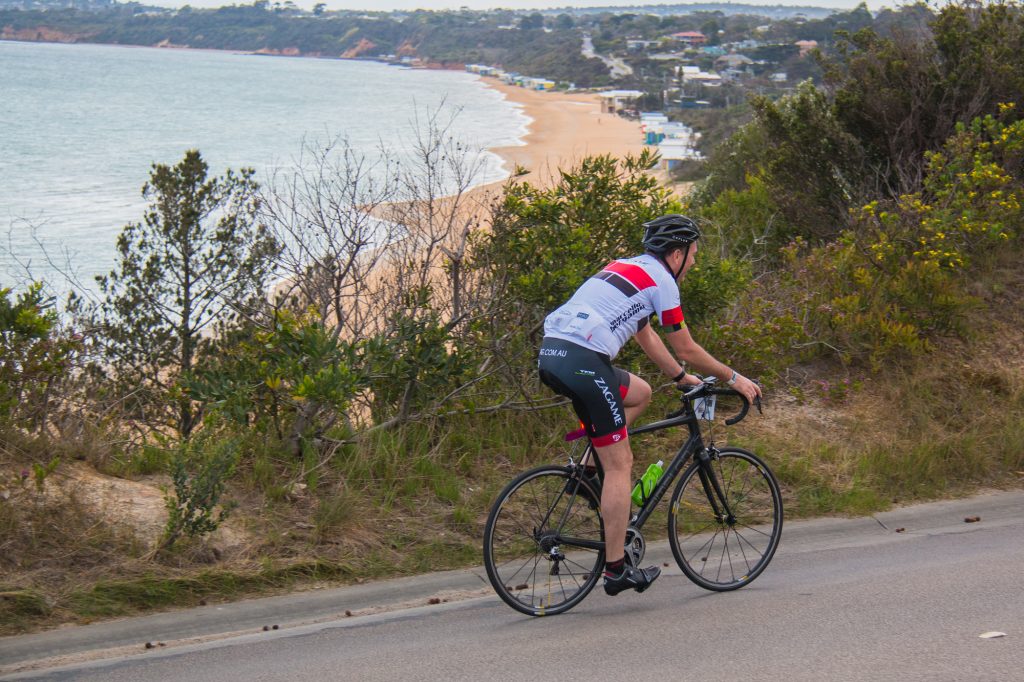 I don’t know why, but it seemed okay to let it be known that I was training if there was an ultimate, external goal. Training for an event wasn’t as embarrassing as training just for me. Plus, it kept me honest.

I had only been riding for six months when the Melbourne cold weather rolled in, a historical excuse for me to stop exercising and seek shelter within my comfort zone. But with an event looming and having let slip to too many people that I had entered, I couldn’t give up now.

It’s funny to look back at why I got in to bike riding. I needed to get healthy and bike riding appealed to me because of the solo nature of the exercise. I dreaded the thought of going to a gym, where I would inevitably be forced to engage with the other gym goers in awkward locker room banter. Team sports where not my thing. I knew that from experience. Cycling was about the individual. Just me and the bike. I liked that.

But what attracted me as an anti-social venture turned into quite the opposite. When a group from my office entered Around the Bay as a team, I found myself adopted by a whole new group of riding friends. A secret society with our own look and language before and after work; disguised in corporate attire 9am – 5pm.

While I was very proud to cross the 100km finish line with a few of my new work friends last year, the challenge of the longer rides (which some of our teammates completed) was appealing to my competitive side. 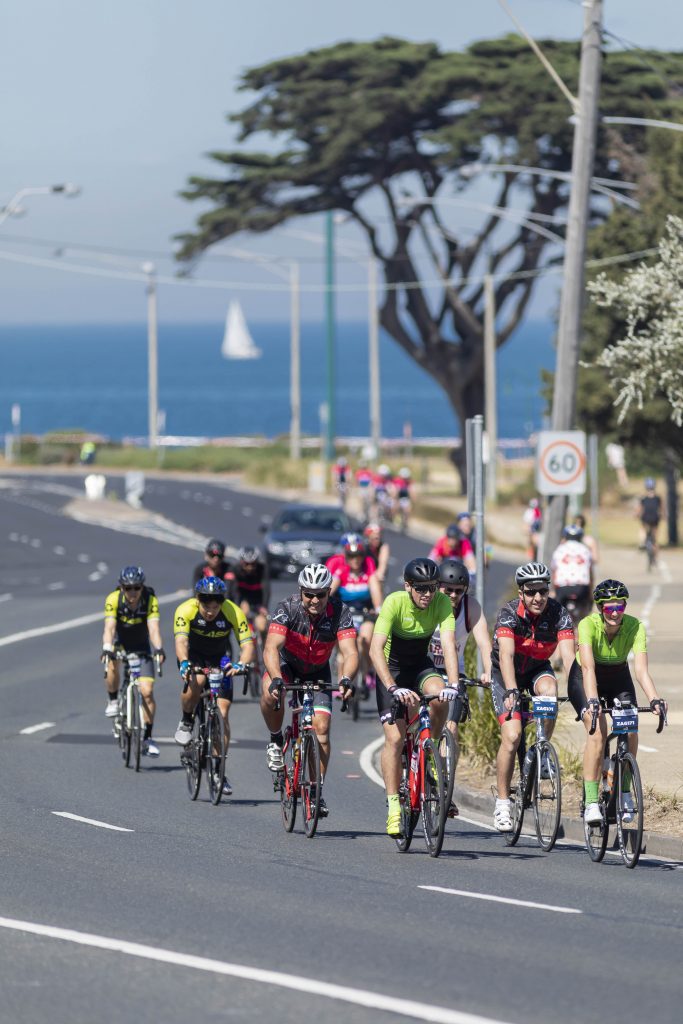 An excuse to buy

If I was going to take on a longer ride, I needed a new stead. Just as Around the Bay had given me an excuse to try, now I needed it as an excuse to buy.

Despite the invaluable positive change riding a bike had bought to my life, I struggled to justify the cost of a new road bike for my 20-minute commute to work. Again, a strange barrier was blocking me from investing in myself… but what if it was for the event?

Fair to say, the new bike has been a game changer, and somewhere between purchase and writing this story, I’ve morphed in to a full blown cyclist. More comfortable on wheels than feet at times, the line between exercising, socialising and hobby has blurred, then merged, then disappeared entirely.

This year, some teammates and I are going for the full 300-kilometre loop around the bay. I don’t need the event as an excuse to ride anymore – with or without it, I am riding. But ‘The 300 Club’ is calling my name, and I unashamedly want to join. 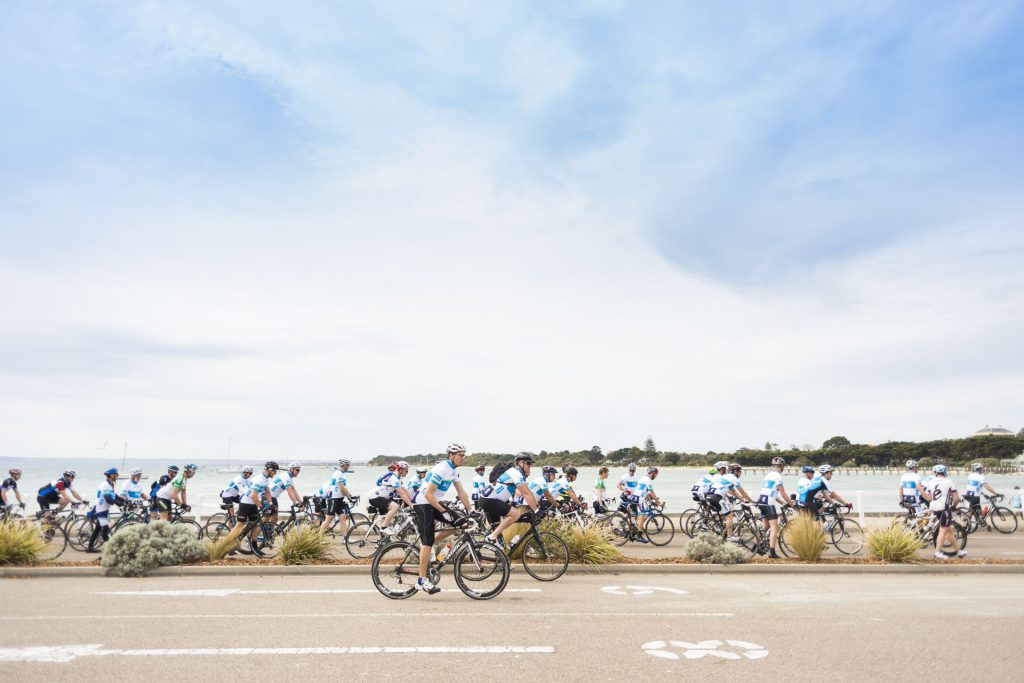 United Energy Around the Bay 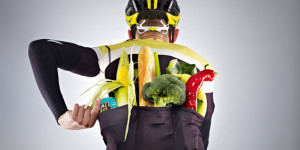 Energy products are simple and effective, but real foods have their place in your back poc...