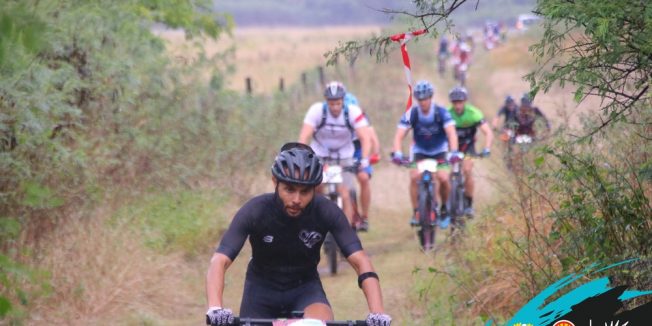 Posted on November 4, 2019 by Cyclist Australia/NZ

Cyclist takes a hop across the Coral Sea to the southwest Pacific Ocean’s New Caledonia for one of it’s biggest cycling events, the Shell Pacific Megarando.

As I sat there bouncing around on the back of the quad bike, my bike strapped to its front rack, my mind drifted off to thoughts of just where it all went wrong.

Rewind to the start (some four hours ago); a briefing in French, a few questions to the rider beside me to clarify and summarise what was said, a universal “thumbs up” – it’s only 25km (25.7km according to the official course review), just follow the rider in-front. Easy!

The race had started just like every other race; a short sprint, several minutes jostling for position, before settling into a (harder than necessary) rhythm to count down the kilometres. With a last-minute swap of my climbing legs for a healthy dose of the ‘man flu’ prior to departure (yes, it is real and as bad as the stories you hear), the trip to New Caledonia’s Megarando was always going to be an experience of pleasure mixed with pain. 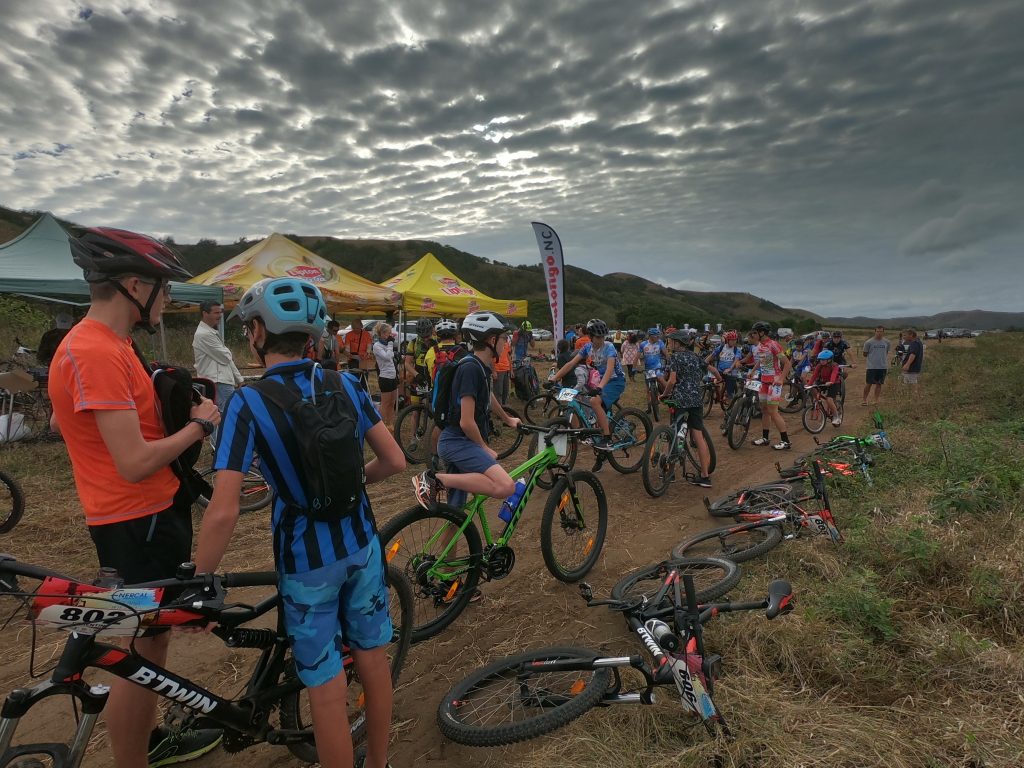 Fast-forward 11km and I’m stuck in Megarando no man’s land, somewhere between the lead group of possibly four riders and the frothing bunch I have just gapped on a small but nasty climb. My Wahoo screams 202bpm as if the thumping in my head wasn’t enough of a reminder. Who needs music?

I’ve signed-up for the Shell Pacific Megarando MEGA Cool event, with a fast and furious 25km course today followed by a slightly longer 35km course tomorrow.  Sadly, my ambitions to ride the MEGA Etape (25 + 60) were thwarted by my less than ideal health. Did I mention New Caledonia isn’t flat?

Over the next few kilometres I keep catching glimpses of the riders ahead as the course switches from tight, winding singletrack to wide-open 4WD trail.  I keep checking over my shoulder for my pursuers. Water – good, legs – good, lungs – rubbish. Two out of three ain’t bad.

Just before the second aid station at kilometre 17km I catch a rider. By now the leaders have vanished and so too have those chasing. Over the next few kilometres we take turns at the front and work together. As we pass through dry creek beds and paperbark forest I have to keep reminding myself that I’m not at home in Cairns (Australia) but in New Caledonia. New Caledonia isn’t flat. 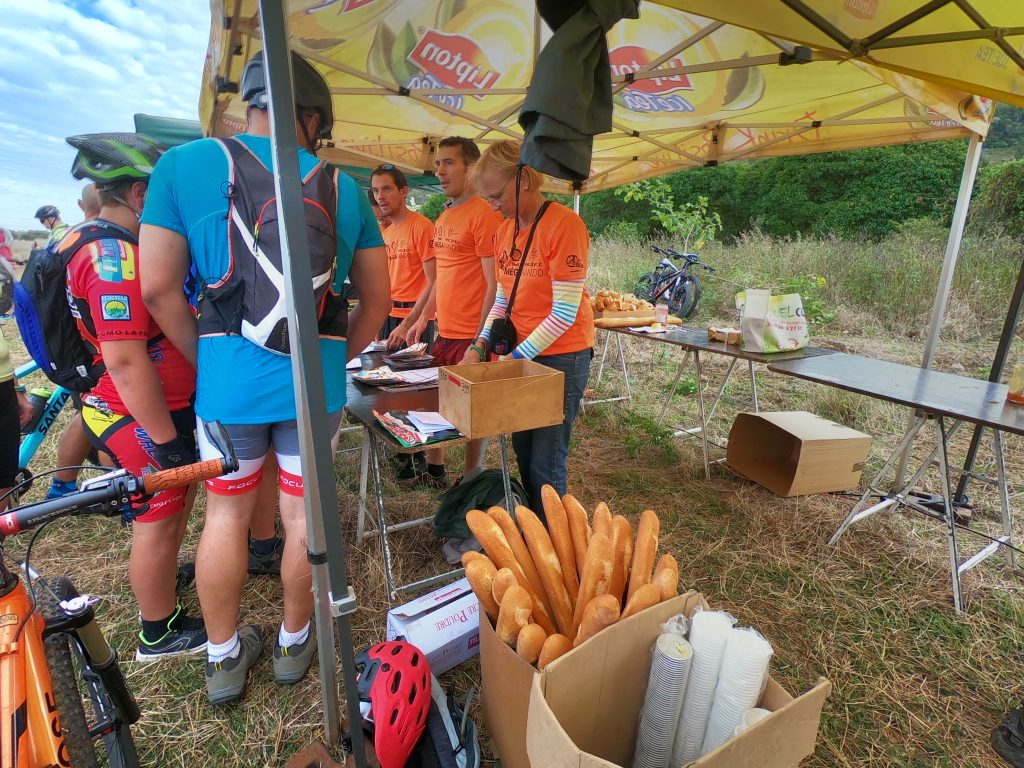 As the distance rolls over 24km I realise we have less than 2km to go. I decide to empty my legs (and water bottle) before the finish. Four kilometres later and we’re still pedalling. We hit the base of a climb, my legs are jelly and my mind has already checked-out but after 700m of uphill torment the beautiful blue of the ocean appears between two hills over our right shoulder. It is at this moment that we both realise that the ocean finish line isn’t getting any closer. We’ve already ridden 28.7km.

A quick telephone call to Megarando Race HQ confirms our fears. With no water and a body that wants to curl-up and sleep, we turn-around and retrace our route back to the previous aid station some 11km away. Within half an hour we meet another weary rider who has suffered the same fate (we later discover we weren’t the only three).

With the temperature hovering around 30 degrees Celsius and feeling a little parched, I persuade the new guy for a mouthful or two (somewhat large ones too I might add) of his watered-down pineapple juice. I’ll never forget the life-giving feeling of that warm liquid as it cascaded over my tongue and down my throat. We push on.

Around 36km we’re back on a well-worn 4WD trail. We stop, I find a shady tree, promptly remove my helmet and lay down. The new guy (whose name has evaporated from my mind along with many other thoughts) calls Race HQ again. He hangs-up and looks over at me, “they’ve already sent a vehicle”. Normally I would shudder at such words but today they were the sweetest, most comforting sounds. 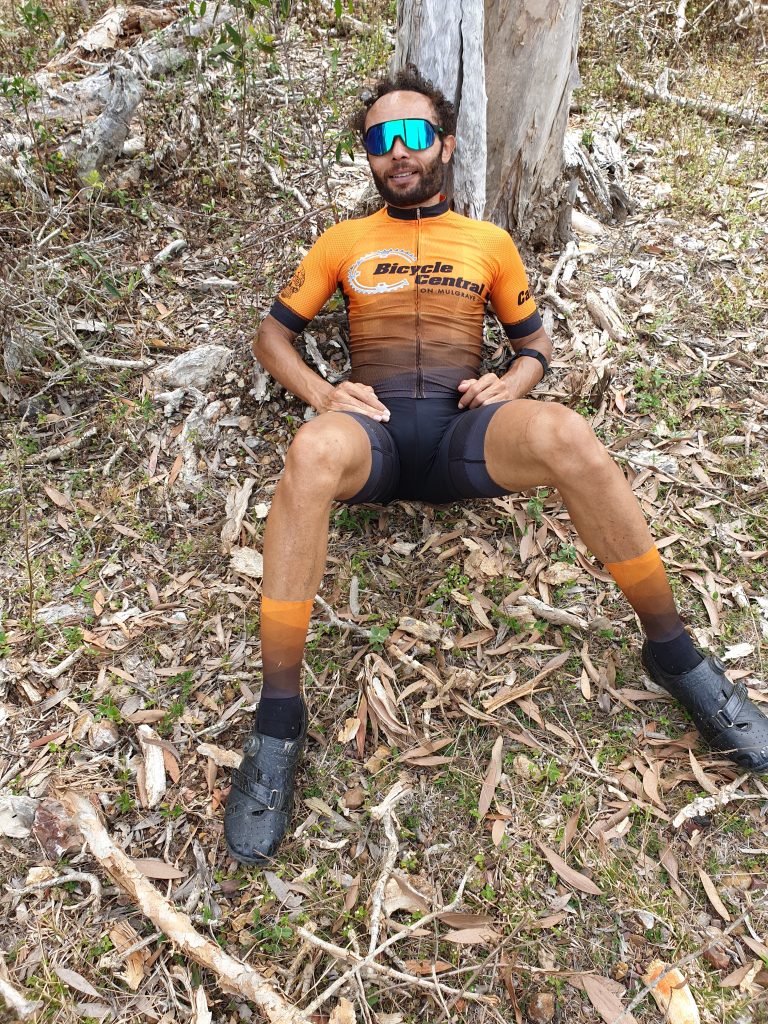 Within ten minutes a quad bike arrives.  The driver steps off and hands me a Coke. I thought I was hallucinating. Two mouthfuls later, I hand the empty bottle back grinning. My bike is loaded onto the quad bike and I climb aboard my new ride. 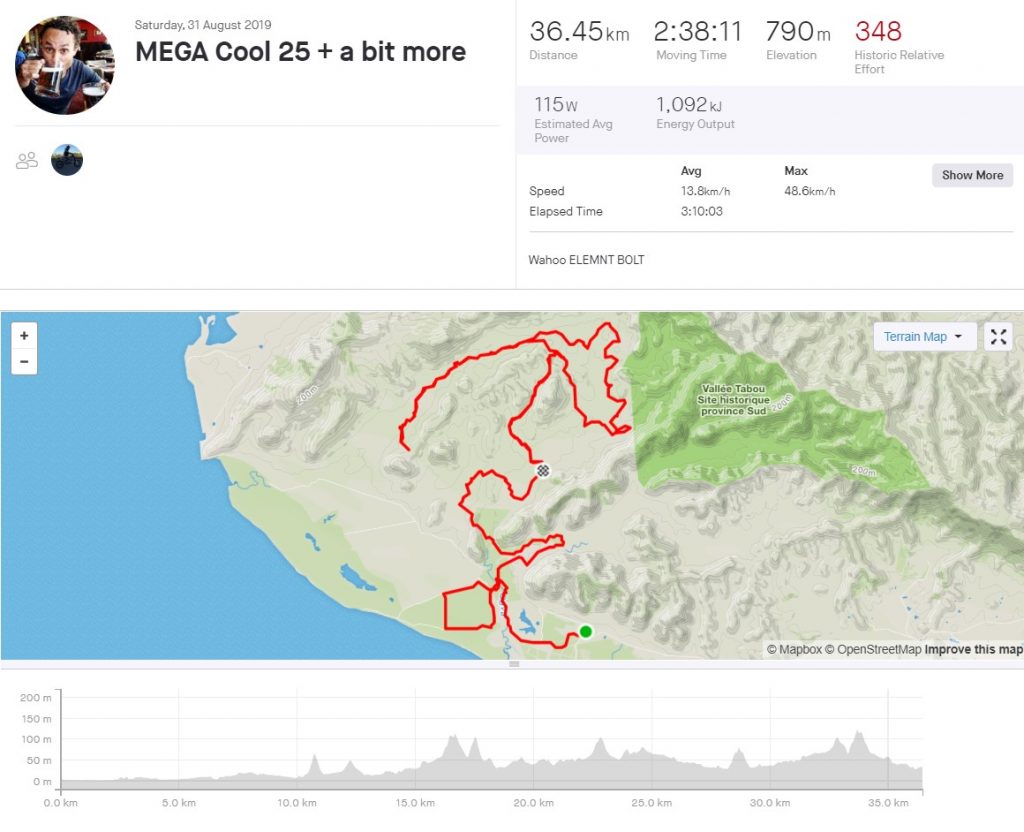 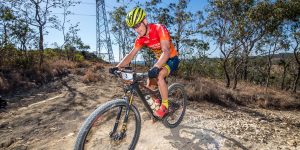