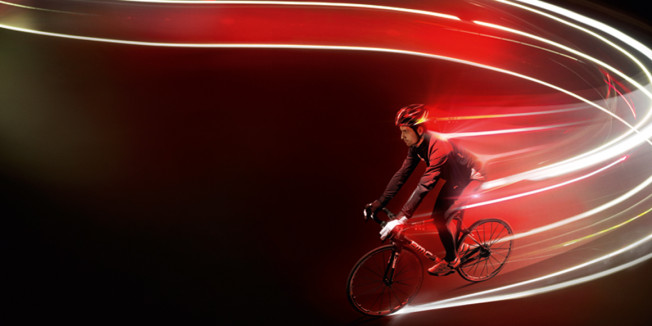 Winter base training means hours and hours of slow, steady miles…which is fine if you don’t have a job. Cyclist explores another way

Received wisdom says that winter base training should be low in intensity for miles and miles and miles. The theory is that the long, steady approach engages slow-twitch muscle fibres and makes them more efficient at processing oxygen, while also teaching your body to burn fat and preserve muscle glycogen so you can ride for longer without running out of fuel.

As the name suggests, base training is designed to build a platform on which you can then add goal-specific training plans when the spring finally rolls around. It’s a trusted and proven method of improving all-round performance – but there’s a problem. Who, other than professional cyclists, has got the time for hours and hours on the road during the cold, dark months of winter?

‘That type of training is steeped in the old tradition of riding your bike in the winter and racing yourself fitter in season,’ says Dan Hunt, endurance coach for Team GB. ‘I’m not a believer in lots and lots of long steady miles. Of course they have a place but for most people hitting the road for hours on end isn’t a reality. I think that if you work full time then you’ve got to maximise the training opportunities that present themselves to you. Even at Team GB we’ve adopted a much more targeted approach.’

Obviously for pro riders the season never really ends. They can finish the Giro di Lombardia in October and then three months later be back in competition for the Santos Tour Down Under. Then again, their winters won’t be spent running the gauntlet of rain, ice and poor visibility, with training camps in sunnier climbs keeping them on the edge of their fitness capacity all year round.

‘This is what Team Sky’s head physiologist, Tim Kerrison, has Bradley Wiggins aiming for,’ says Ric Stern, performance director and senior coach at RST Sport Ltd. ‘He basically keeps going at 97 per cent all year round and doesn’t slack off. Mentally it’s very difficult but if you want to win the Tour that’s the way you have to go at it.’

While it’s unlikely any of us have such lofty ambitions for the forthcoming year it would be nice to start the new season a bit fitter than we ended the last campaign. However, those traditional four-hour slogs might not be the best way to go about it.

‘Simply riding long and steady in the winter doesn’t give your body sufficient stimulus and you’ll essentially lose any fitness you gained over the summer,’ says Stern. ‘And come March you’ll have to train a hell of a lot harder to regain that level and get race-fit again.’

Riding through the dark

Endless hours on the bike are impractical for most people, especially when it’s dark, cold and wet outside, so shorter, more targeted sessions will be more achievable – however that doesn’t mean you should abandon the concept of
long rides altogether.

For Felix English, rider for Rapha Condor Sharp, preparing for the next season is the key to getting through the winter. ‘If you have a good base it helps prevent illness and injury. It also gives you a good chance to improve the areas in which you thought you were weak during the previous season.’

Long rides, as well as making you more efficient at burning fuel and strengthening your heart and blood vessels, can also help to improve your basic cycling skills.

‘In simple terms, there are three elements to endurance performance,’ says former Olympic coach Dave Smith, (www.ffflow.com). ‘They are capacity, threshold and efficiency. Intervals and short hard rides are great for developing greater capacity and the ability to ride at a higher percentage of that capacity. However, efficiency is developed by repeating a movement, thus increasing
the power of the neural drive to the muscle. Long rides improve efficiency as they involve a great number of pedal revolutions, much more than when doing intervals, for example.’

So should you be doing long winter rides or short, intense sessions? The answer, typically, is that you need a bit of both.

‘Of course you need to ride your bike for long periods of time, but not in isolation,’ says Team GB’s Hunt. ‘Long rides increase your ability to burn fat and thus increase your efficiency, which is important, but there are lots
of things that you need to hold in place to be a well-conditioned cyclist. There’s speed, power, strength, aerobic threshold, capacity, top end, all of which contribute to performance,’ he says. ‘While I may focus on longer rides during winter it would be remiss of me neglect the other aspects too.’

All well and good if you’re in Mallorca or Tenerife but what if your reality is the unpredictable winter climate? ‘I help a couple of people outside of my work with Team GB, just local cyclists,’ Hunt continues, ‘and what I tend to do with them is supplement their long weekend rides with either short sessions that include some tempo riding or, if the weather is simply too inclement, integrate a couple of interval sessions on a turbo.’

What does all this mean in real terms for the average wage-slave who wants to emerge from winter in good shape? Well, first of all, you can forget about simply maintaining your fitness.

‘I don’t like that word “maintain”,’ says Ian Goodhew, coach for Team IG Sigma Sport. ‘You need to want to be fitter at the end of a block of training than you are when you start it and that includes over the winter. Which means your training must have a progression to it.’

With the winter months yawning ahead of you it pays to do a bit of forward planning. ‘Let’s say that you’ve got eight weeks to prepare for a race in early March,’ says Goodhew. ‘Ask yourself what is the most you can do in your final week of training? Can you take a day off work to train? Can you ride in the evenings? Will you do turbo sessions? For example, let’s say you can do 13 hours in total in that last week – that’s the end of your progression. So the week before that you do 12 hours, the week before that 11 hours, taking it right back to six hours for your first training week at the beginning of January. If you want to do more work in those early weeks then ride harder, not longer. Stick to this and you’ll peak when you need to, not before.’

‘Keeping your fitness levels high during winter means there’s a good chance you can progress incrementally over a number of years rather than dropping back to previous fitness levels and stagnating,’ says Stern, ‘and if time or the weather conspire against you, try to not to drop any more than 10 per cent of your summer fitness level otherwise you’ll spend the whole summer trying to get back to where you were previously.’

So mixing it up with interval sessions and tempo training as well as those long and steady rides at the weekends is the way to work through winter. It’s certainly the way the pros train – no matter where in the world they are.

‘I’m currently out in Tenerife and I’ve been doing big five-day blocks of four to five-hour endurance rides,’ says English. ‘However, at home I’ll do a mixture of
three to four-hour longish rides and shorter two-hour rides with specific sprint or sweet spot efforts. It’s all about finding the balance, working hard enough so you see improvements and don’t knacker yourself out before the start of the season.’

‘Of course there are other benefits to going out and just riding for hours on end,’ concludes Stern. ‘It’s fun for a start, which is the reason most of us got on a bike in the first place. The longer you ride the more you learn about yourself. You’ll also bond with your bike and improve your handling skills. I’m convinced intervals make you a better cyclist overall, but no one has ever improved their bike handling from riding the turbo trainer, that’s for sure.’

In the deep mid-winter

Pro tips for getting through the dark months in one piece

‘In very simplistic terms riding off-road for two hours is equivalent to three on-road,’ says Ian Goodhew, coach for Team IG Sigma Sport. ‘Mountain bikers have got the highest power-to-weight ratio of any cycling discipline as well as the best recovery. So if the roads are icy and it’s cold, jump on a mountain bike and hit the single-tracks.’

‘If it’s cold and dark I probably wouldn’t go out on my own,’ says Goodhew. ‘If you can find a group then there’s safety in numbers.’

‘Make sure you change your racing tyres to ones that have better grip,’ says Stern. ‘I use Continental Grand Prix 4-Season Tyres.’ Not only do they grip the road better, they help avoid punctures, which are more prevalent in the wet.

No really. ‘There are no prizes awarded to riders who go out in inadequate clothing,’ says Stern. ‘Get the best clothing that you can afford to ensure you stay warm. I’ve got an Assos FuGuJack jacket, which has an integrated thermal balaclava. I’ve been out in 0° and it kept me pretty cosy.’ 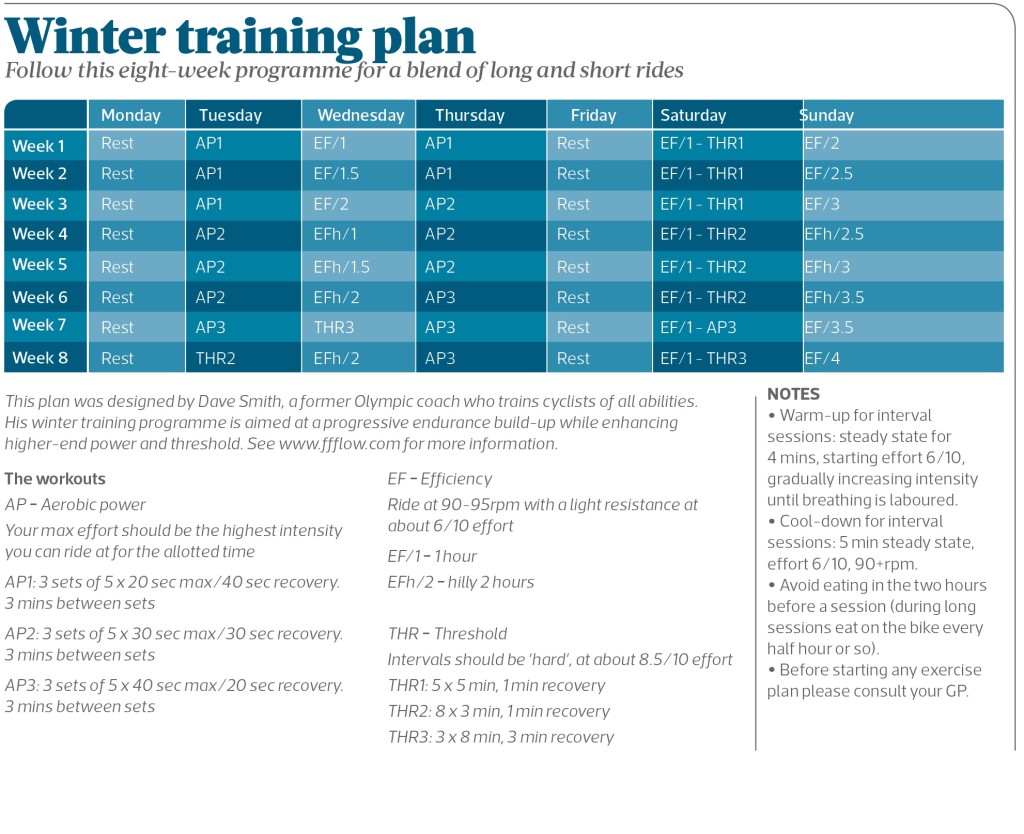 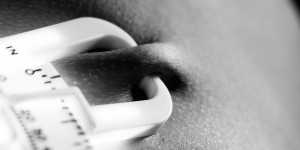 Cyclists obsess over body fat – and it’s not just an affliction of the pros. B...