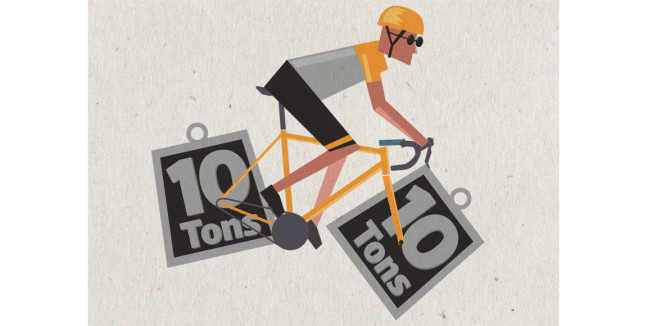 Posted on November 12, 2013 by Cyclist Australia/NZ

For many riders, the first components they will look to upgrade on the bike to achieve greater performance are the wheels – the lighter the better. But Cyclist wanted to separate the facts from the spin

A pound on the wheels is worth two on the frame,’ or so they say. That conventional wisdom has governed the approach to wheel selection for many cyclists – if ever there was a place to splash the cash to shave a few grams, it’s the wheels. But as is often the case with conventional wisdom, we were far from happy to leave it at that.

Andy Ruina, professor of mechanical engineering at Cornell University, puts it quite simply: ‘The top of the wheel is going twice as fast as the bicycle. And the opposing direction [the bottom of the wheel] doesn’t cancel out that speed. Consequently it has twice as much kinetic energy so it takes twice as much force to get it going and it makes the bike slow down twice as much.’

Weight is so important in the grand scheme of bicycle movement because of its relationship with acceleration. When something is moving at a constant speed, all the forces pushing it and slowing it down are in equilibrium. A reasonable increase in weight will make no difference, save for any slight increase in friction or rolling resistance it might cause. When picking up or losing speed, though, Newton’s second law comes into effect: force = mass x acceleration. So the more mass you have, the more force you need to pick up speed. Why, then, does it make an ounce of difference whether the weight is on a wheel rather than a frame?

Here’s where it gets a little complicated, thanks to inertia. Inertia is the resistance of an object to a change in its motion – it’s the reason why it would take effort to accelerate a bike even in a frictionless universe. Wheels, bike and rider all have inertia, but with wheels the effect is magnified because they are rotating.

Steve Williams, Lotus’s top vehicle dynamics engineer, says, ‘In the case of a wheel, because you have a lot of mass distributed around the rim, some distance from the centre of the wheel, that gives it inertia.’ That inertia essentially means a resistance to the wheel being rotated. It’s sometimes called rotational inertia but, more accurately, it’s referred to as a moment of inertia.

Williams adds, ‘Because a bike is rolling on its wheels, you’ve not only got to push that mass through the air faster but you’ve also got to make the wheel go around faster. The wheel’s inertia will resist the increase in rate of rotation.’ 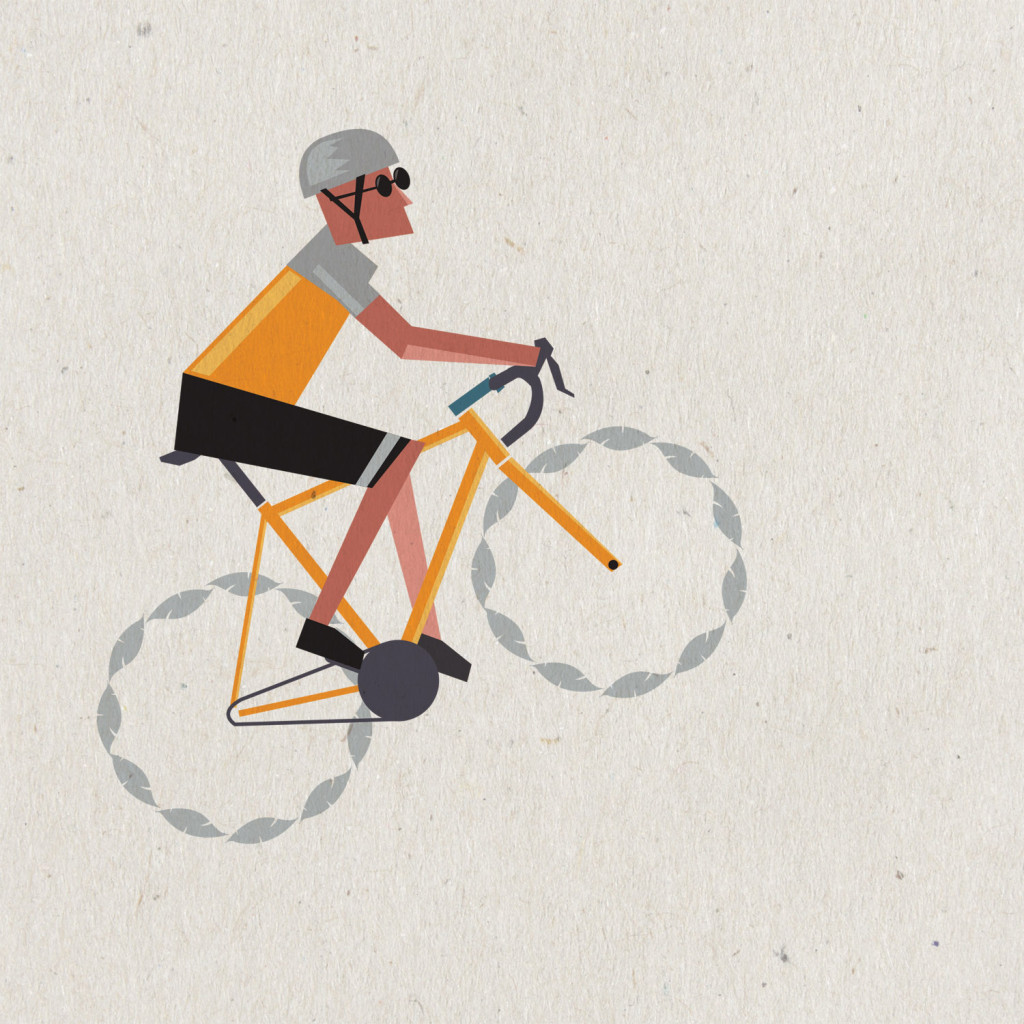 Get to the point

All this scientific talk brings us to the nub of the matter. It’s not enough to say that a heavy wheel is more of a hindrance than a heavy frame because it all depends on where that weight is distributed on the wheel.

We can see that reducing the wheel inertia has a beneficial effect over reducing non-rotating mass, but that it is very small

On that basis, we should adapt the phrase to say ‘a pound on the rims is worth two on the hubs’, but Williams at Lotus is sceptical about the stated gains to be made from lighter rims. ‘We can see that reducing the wheel inertia has a beneficial effect over reducing non-rotating mass, but it is very small. In reality, mass saved from the rims of wheels is likely to be less than 10% more beneficial than the same mass saved from the rest of the bike.’ Some pretty complex calculations reveal that the advantage in terms of acceleration from cutting weight from the wheel rims would be 0.9%, as opposed to 0.8% when cutting weight from the frame. If the gains to made from cutting the weight of the spinning mass on your bike is open to debate, the next area to consider is gyroscopics.

Getting gyro with it

A gyroscope is a wheel or disc that spins around an axis in such a way that it stabilises itself. That’s because of the effects of angular momentum – as the top point of a wheel begins to pull it down to the right, for instance, once the wheel has rotated half a turn, that same point of the wheel is upside down and suddenly pushing the wheel back to the left. The gyroscopic effect of spinning is the reason why a spinning top stays upright, and the reason why bike wheels play a role in keeping us upright.

Because a gyroscope works on that basic principle of angular forces, the weight at the outermost part of the wheel is the most influential to the stabilising force of the wheel. So, if a rim is heavier, it may push a wheel back upright with a stronger force, surely?

Ruina at Cornell University paints a murky picture of the scientific consensus: ‘There’s not a definitive answer to whether a heavier rim is more stable. But the trend seems to be that a bigger gyroscope feels more stable.’ So that hints that a heavier rim, rather than an overall heavier wheel, could offer more stability.

A heavy rim will make you more stable as you ride, but may sacrifice the type of agility that freer, quicker steering might enable. Ruina slightly disagrees, though. ‘If you say a bike feels very quick when handling, almost for sure that has to do with the bike’s geometry and mass distribution in the steering assembly,’ he says. ‘And remember, the most influential weight involved in leaning into a corner is you.’

In the end, if you’re the kind of rider who looks for tiny incremental improvements in
the performance of your kit, you should focus on finding the lightest rims rather than the lightest overall wheel. Or you could just do what the rest of us do, and go for the ones that look the coolest. 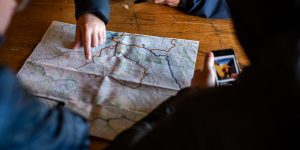 The penultimate stage of this year’s Pioneer was meant to be one of the toughest. La...