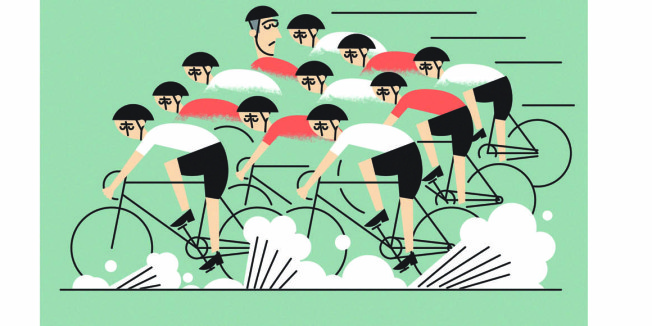 Posted on October 15, 2013 by Cyclist Australia/NZ

Every day is a school day for Eurosport blogger and cycling newbie Felix Lowe. He gets a harsh lesson in group riding

In my (seemingly endless) quest to become a real roadie I’ve been hitting the sportive scene hard in the past few weeks, which has introduced me to the joys and perils of riding in a dense pack.

Tapping along at speed, centimetres from the riders in front and behind, is a nervous enough experience for those of us not used to it, but at the recent Time Megève sportive in France my tension was heightened by the niggling worry that I may have done a botched job of reassembling my bike the night before. It’s another thing that’s new to me, and considering I’m about as good at DIY as Frank Spencer on a Christmas special of Some Mothers Do ’Ave ’Em, I was convinced that a vital part of my pristine new Felt was about to drop off – a wheel perhaps – resulting in the kind of mass carnage normally reserved for Hollywood blockbusters.

It certainly played on my mind as I bombed down the back of the Col des Saisies in the Alps. So concerned was I about loose nuts (‘Ooh, Betty!’) that I found myself nervously clutching at the brakes in the corners, losing my line and veering into the path of hurtling downhillers. My twitchy bike handling incurred the wrath of at least one female French rider, who shot me a Gallic glare and spat, ‘Faites attention!’. I apologised profusely in true British fashion and continued my jittery descent.

Sadly it seemed that I hadn’t learned my lesson a fortnight later when, in the opening stage of the HotChillee London to Paris, an irate northern lass gave this southern monkey a right earful for not giving her ample warning when coming up on the inside. ‘Watch it, you nearly took me out!’ she yelled. To be fair, she was lambasting anyone who came within a few feet of her, probably because Kent’s capacious potholes meant that holding a straight line was almost an impossibility without risking a buckled wheel or impromptu somersault over the handlebars. She’d obviously decided that the safest bet was to create a clear zone around her by the force of threatening language alone.

At one point, a sudden slowing at the front of the group caused a concertina effect in the pack, forcing me to slam on the brakes and unclip from my pedals in an ungainly attempt to stay upright. ‘You’ve clearly had one Cinzano too many,’ my sharp-tongued adversary quipped, nodding to the vintage cycling jersey I was wearing, resplendent with the Cinzano logo. ‘I’m contractually obliged to fill my bottles with the stuff,’ I replied dryly as we rejoined the throng heading for the coast.

Riding en masse in an amateur peloton has also introduced me to the art of the yell. As we ploughed down the roads of southeast England, the countryside rang to the calls of ‘Slowing!’, ‘Hole!’, ‘Car!’, all accompanied by arm waving and hand signals of varying degrees of theatricality. After one rider hit the deck in a tangle of carbon and limbs, the shouting and waving became even more intense, to the point where I thought I was part of a special cycling group for the hearing impaired. Had I really taken a swig of sticky vermouth every time ‘Turning!’ or ‘Gravel!’ were bellowed out then I’d have arrived in Folkestone, 168km later, half-cut.

Instead, I merely finished the day with sore ears and an acute feeling (one voiced by previous girlfriends) that I really should be more vocal when riding. That said, I did eventually embrace the cautionary cacophony, and by the end of the ride I was yelling and pointing with the best of them.

Unfortunately, I wasn’t joining the merry band onto the ferry to continue the journey to Paris (time and money wouldn’t allow), but at least I was now armed with vital experience in close quarters riding. In fact, even when I’m pedalling around town on my own, I now can’t help pointing at potholes and yelling ‘Hole!’, much to bemusement of passing pedestrians.

If you want to get in touch with Felix to offer advice, anecdotes or plain old abuse, then email him at cyclist@dennis.co.uk 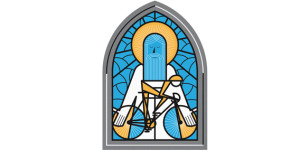