A wet and wild day at the Crocodile Trophy that once again saw the top riders Leandre Bouchard and Andrew L’Esperance dance away from the field. Bouchard retained his overall lead with another stage victory while the rest of the general classification would reshuffle behind.

‘Staying on the bike here would be a victory on its own,’ read the Tour Program’s preview for today. Austrian-owned and largely run, the guide book pulls no punches when it comes to calling it how it is. The stage would commence with a number of steep climbs before some extremely steep downhills – all detailed in the book – and water bars. ‘Jumping’ was also strongly discouraged through this opening 10km. From here, the trail would get rough again and remain that way until around the 60km.

Make it through here unscathed and it was just another 60km to Skybury. Easy as pie (and coffee). 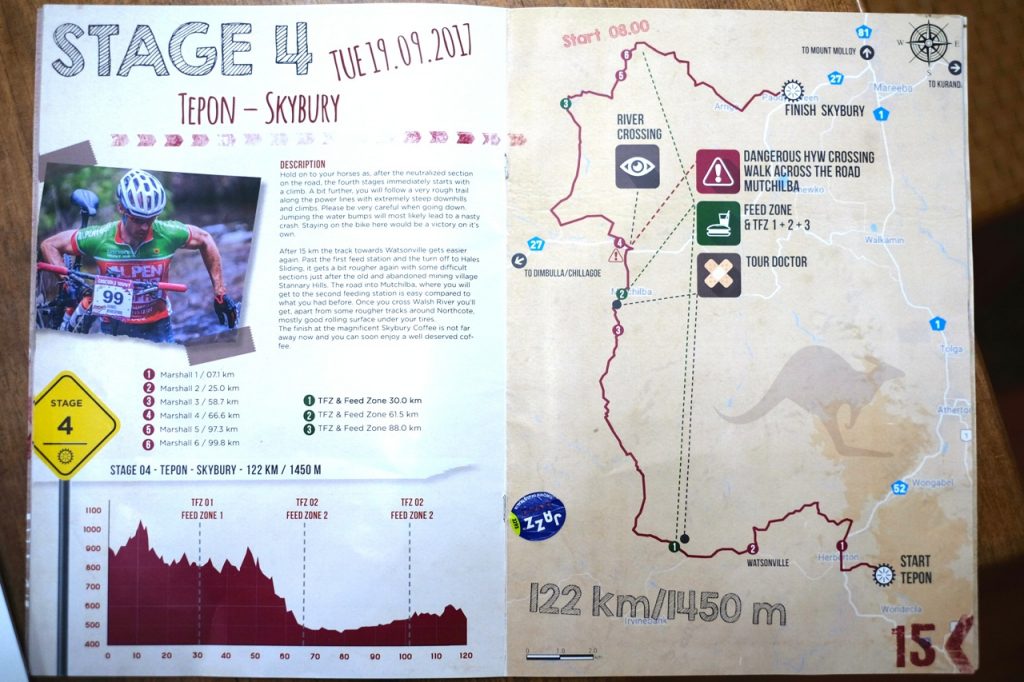 With the queen stage still fresh in the minds and legs of the field, today’s departure from Tipon was a pleasant, albeit relatively quiet stroll. Nerves filled the air as most were content to ride in silence ahead of the first climb of the day.

In stark contrast to the previous three stages, today, no real attack would eventuate in the opening minutes. Instead, it was a natural breaking up of the field that eventually saw riders find their own pace.

As noted during the presentation the night prior – when again the start was moved to 9am – there would be more than just a couple challenges to negotiate before the calmer second half. Such was the treacherous nature of a few descents that even the motorbikes were caught out by catching riders. For some, the technical nature was too much. Tom van Brempt from Belgium was the major casualty of the day, coming a cropper early in stage. Erik Dekker would also feel the strength of the Croc’s bite when he snapped off his brake lever and left part of his knee trailside. He would still finish inside the top-10.

The ever-consistent elite female Haley Smith once again rode into the top-15 on the stage and now sits 12 overall.

A wild and rolling decent found riders at the first feed zone where a few river crossings ensured that any remaining dry areas of clothing were sufficiently saturated.

It was a far better day for this Cyclist contributor with a start slow, finish fast(er) tactic seeming to pay off far better than the reverse of yesterday. 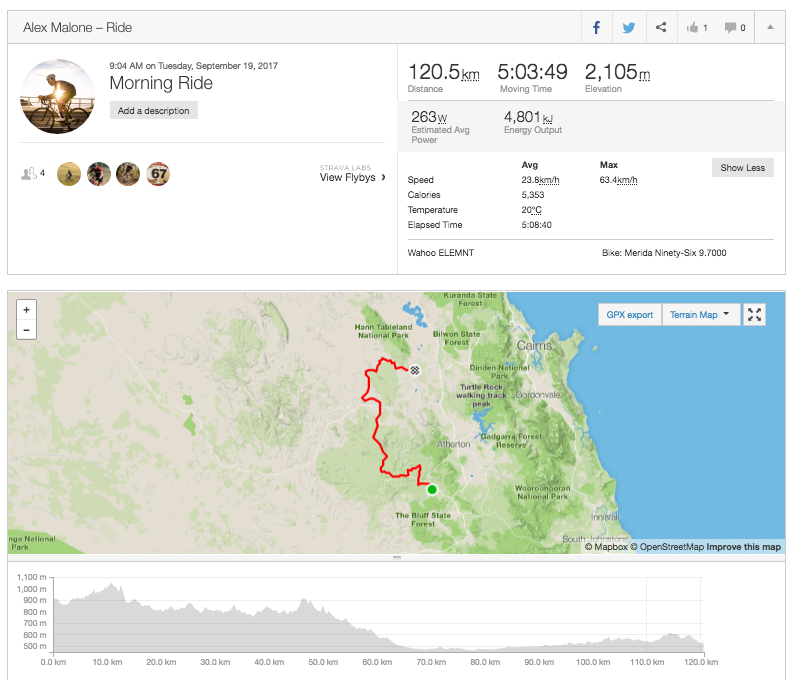 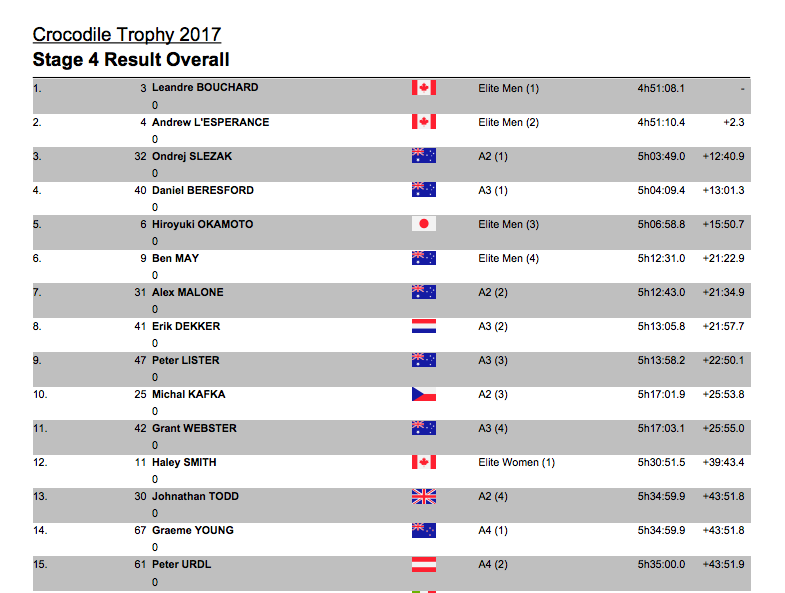 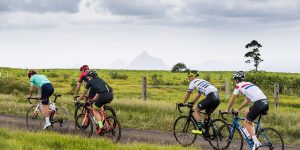 Situated an hour north of Brisbane, the Sunshine Coast is set to host Australia’s first ...