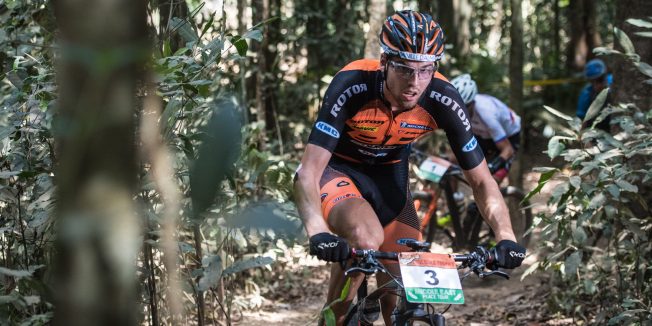 Posted on September 16, 2017 by Cyclist Australia/NZ

Australia’s most iconic mountain bike stage race. The Crocodile Trophy also claims to be the world’s oldest off-road stage race, the first one taking place back in 1995. This year, the race enters its 23rd edition with Gerhard Schönbacher once again at the helm of the event.

Kicking off from Smithfield, Cairns – the same location used for the 2017 UCI Mountain Bike World Championships – on 16 September, riders will battle the red dust and Queensland sun over eight days before riding onto the beach at Port Douglas next Saturday 23 September.

Having got our first taste for off-road stage racing at The Pioneer earlier in the year, we thought to jump into the deep-end once again for what has long been a bucket list race – well, for Alex Malone at least.

We’ll be riding and covering the race across the week and attempting to pick up an interesting tale or two along the way. 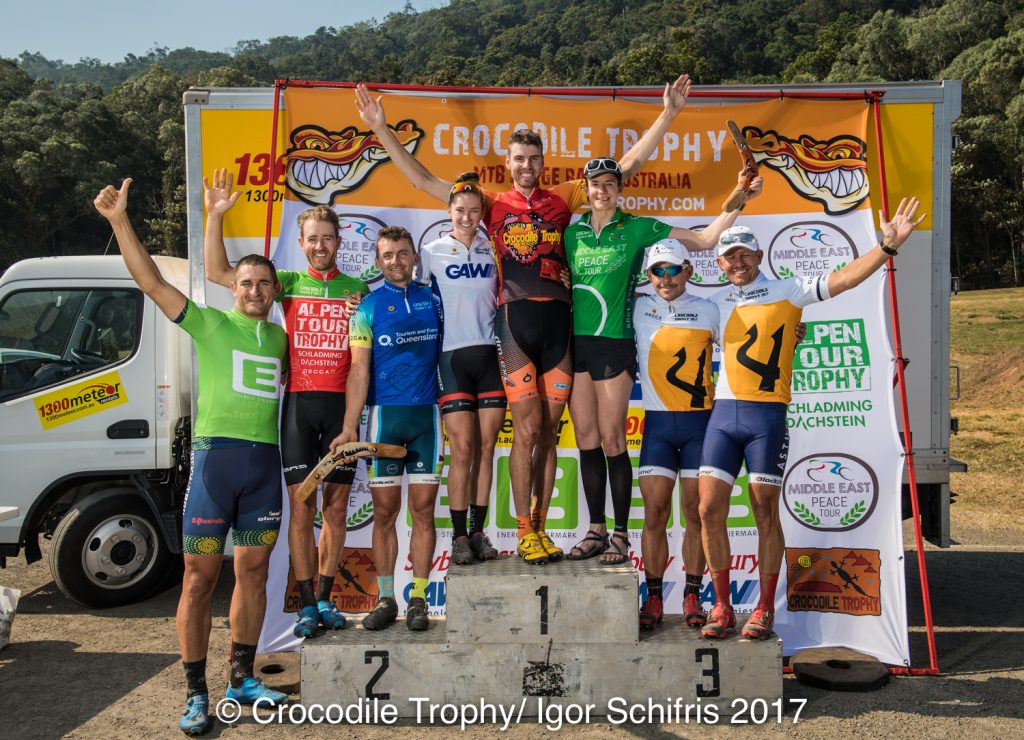 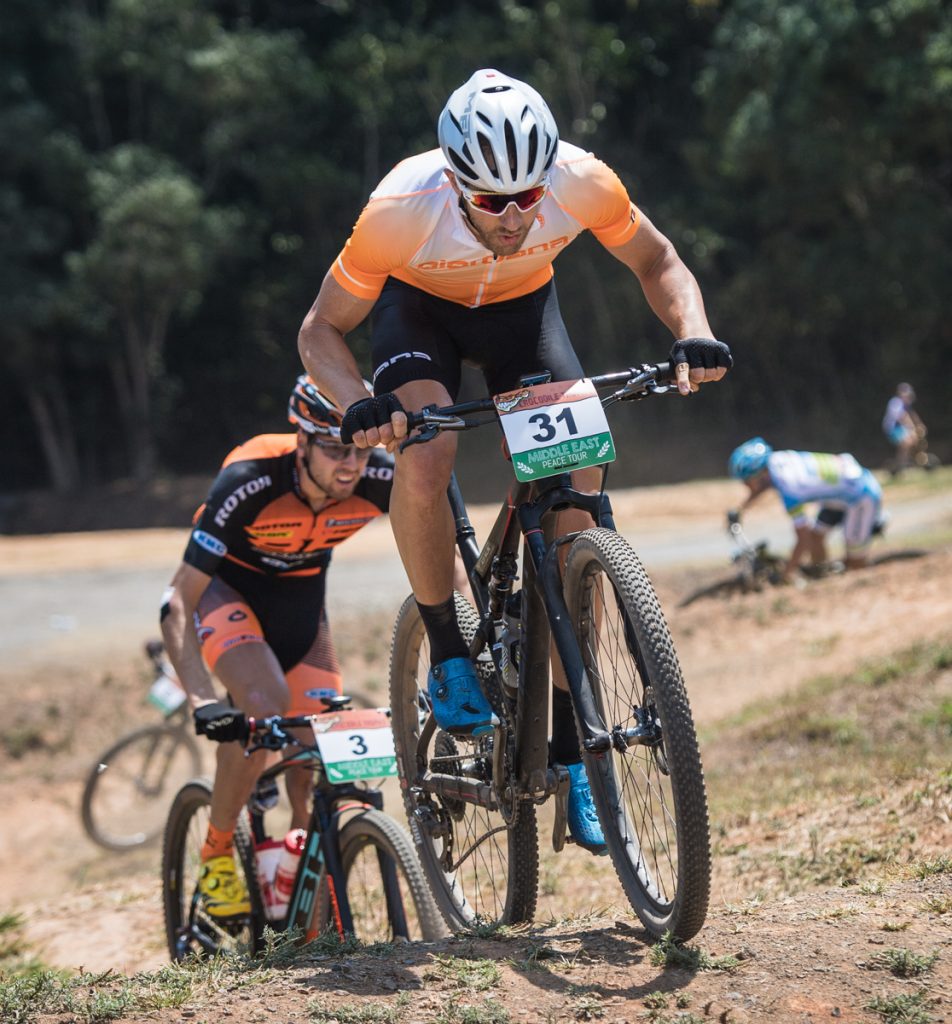 Featuring sections of the recent XCO Mountain Bike Worlds track and much of the ’96 World course, the mass start stage would be held across five laps of a 6.5km circuit. With the air soaking up all the moisture over the past weeks, the course was dusty and loose. A few sections, well worn by the sport’s elite just a week prior, would ensure that riders were kept on their toes at all times.

With a number of elite racers sticking around for a ‘holiday in the sun’, the pace was on from the beginning. Leandre Bouchard from Canada lead from start to finish – after taking a very respectable 24th at the Worlds just last weekend. Compatriot Haley Smith took out the Elite Women’s category with Cyclist’s Alex Malone finishing in fifth overall (second Amateur male). Alex will get to wear the Best Australian jersey tomorrow. The blue coloured jersey is on loan from Ondrej Slezak who took first in the Amateur men and third outright on the day.

‘The World Championships was the main goal for the season,’ explained Leandre moments after taking the opening stage. ‘I wanted to stay a bit longer in this beautiful country and have a bit of fun at the Crocodile Trophy.’

‘It’s [Crocodile Trophy] is very famous and I’m also looking for UCI points. It’s already been a long season but the points are important to me and also my BH SR Suntour KMC team. It’s always good to have a better starting position on the grid for World Cups. I’ll be tired at the end of this race but I don’t mind.’

‘The goal is to win the overall classification. This will offer some great training but I also want to have some fun.’ 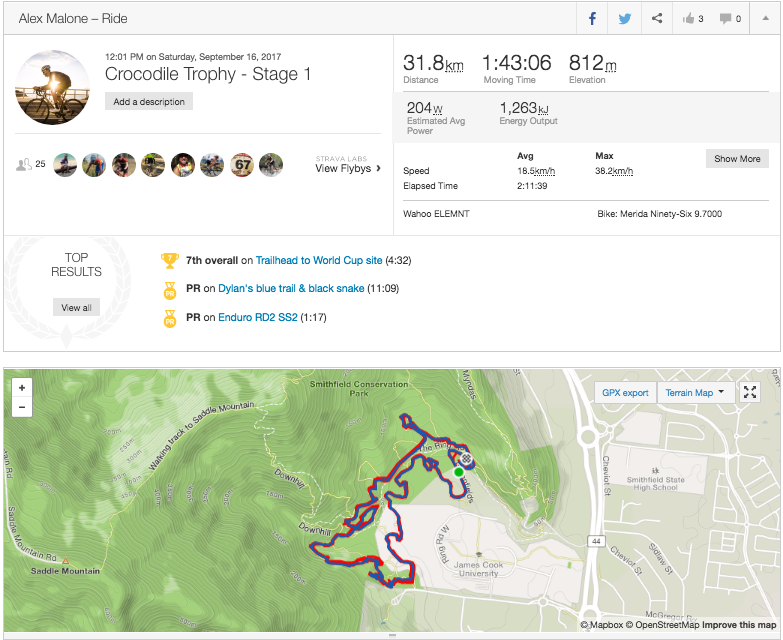 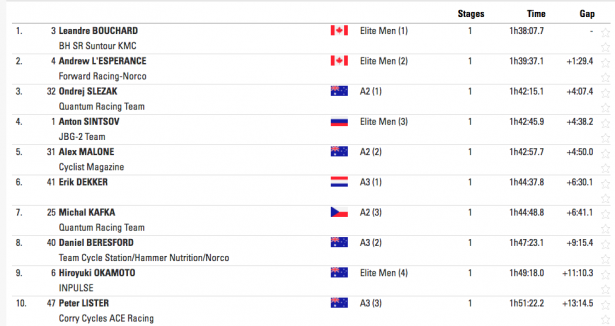 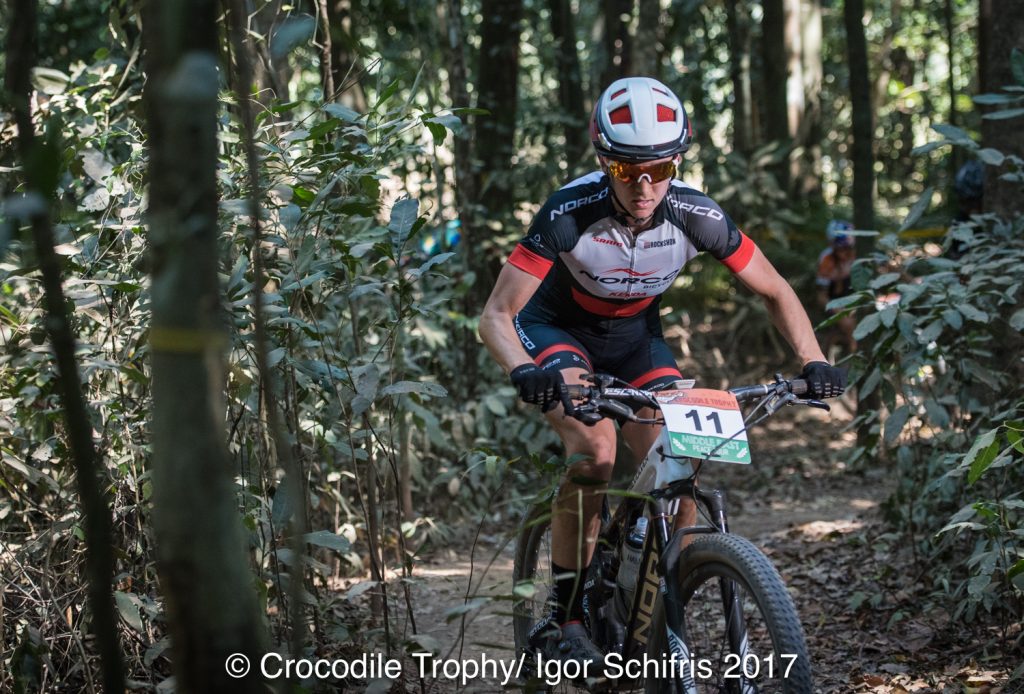 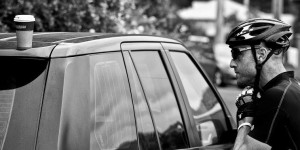 Cyclist photographer, Daniel Simms, goes to extreme levels in hopes of capturing the one s...