One’s destination is never a place but rather a new way of looking at things. Henry Miller.

I’ve been racing bicycles since I was fifteen. But even before that, cycling was a form of transport – belting to and from school on my beloved BMX, scooting down to the beach for summer swims and to friend’s houses to waste time. Racing was an afterthought.

Without inflating the demands of an unsupported cycle tour too much, in many ways, travelling by bike without support is the closest we can come to replicating the early grand tours. We are familiar with images depicting riders stopping in towns and at people’s homes seeking food, water and shelter through testing conditions. We are familiar with the continuous nature of early grand tours, riders aiming to reach Paris first. And in many ways, the heroes and villains of the early days were adventure seekers, rather than lab-tested professional athletes.

After spending most of last year pretending to be a lab-tested professional athlete, and achieving modest results, it was time to take a different approach – to find a new way of looking at things.

I decided to embark on a grand tour of my own. A five week trip down the length of Vietnam, north to south, following inland mountain roads and the famous Hồ Chí Minh trail. 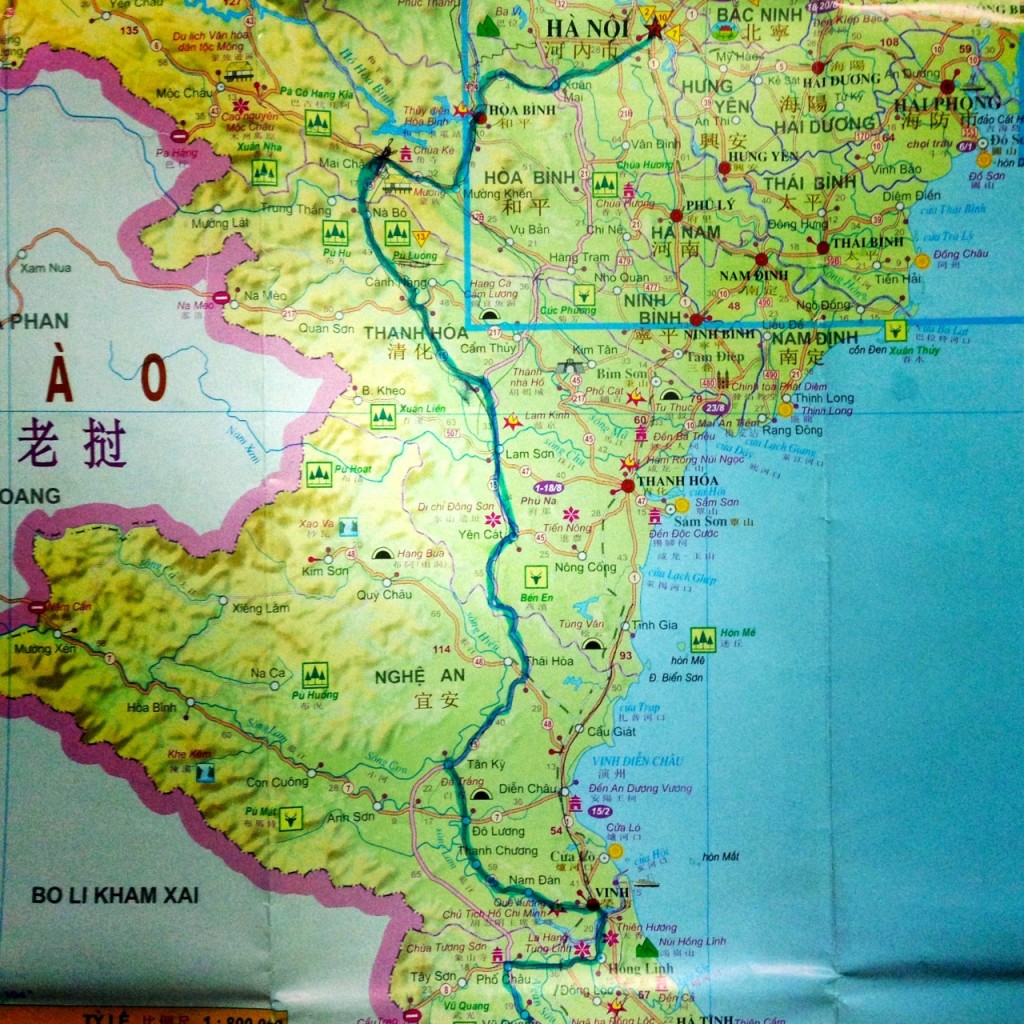 I had previously done tours of this kind in India and Sri-Lanka, and had learnt a lot about bike packing. Simply, less is more.

I packed one brevet jersey and gilet, classic bibs, two pairs of socks, cycling shoes, helmet, cap, light sneakers, rubber thongs, one set of off-bike clothes, plus a toothbrush, chamois crème, soap, first-aid kit, knife, phone and a map. All of this fit neatly in two small front panniers and a saddle bag. 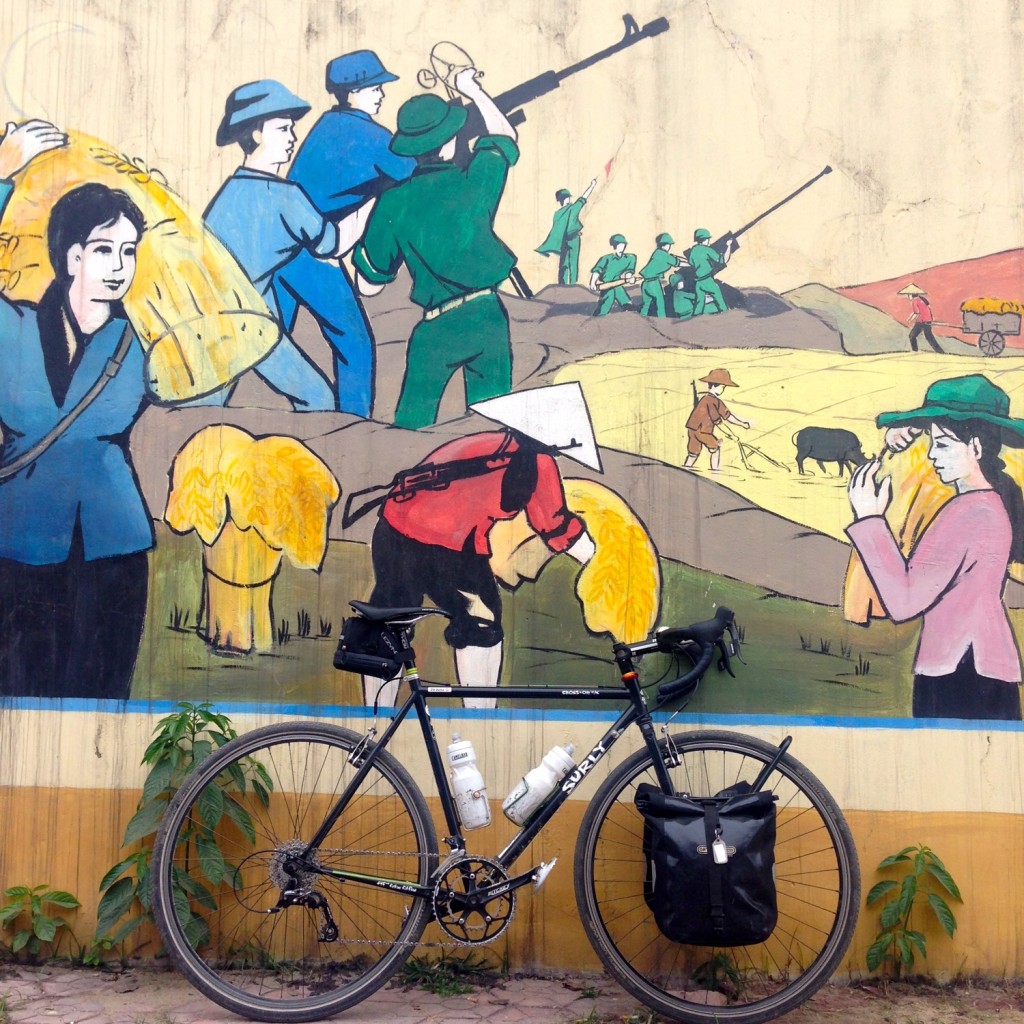 “See that you have a jack, a monkey wrench and a jimmy. You’ll probably find that the wrench won’t fit the nuts but that doesn’t matter; while you’re pretending to fiddle around someone will stop and lend you a helping hand”.

The advice paid off. Somewhere in transit from Australia to Hanoi my carefully packed bicycle was damaged. A broken dropout. Not to worry. I was directed by some curious and helpful police to a motorcycle repair man who quickly (and very cheaply) brazed the dropout back together, good as new. 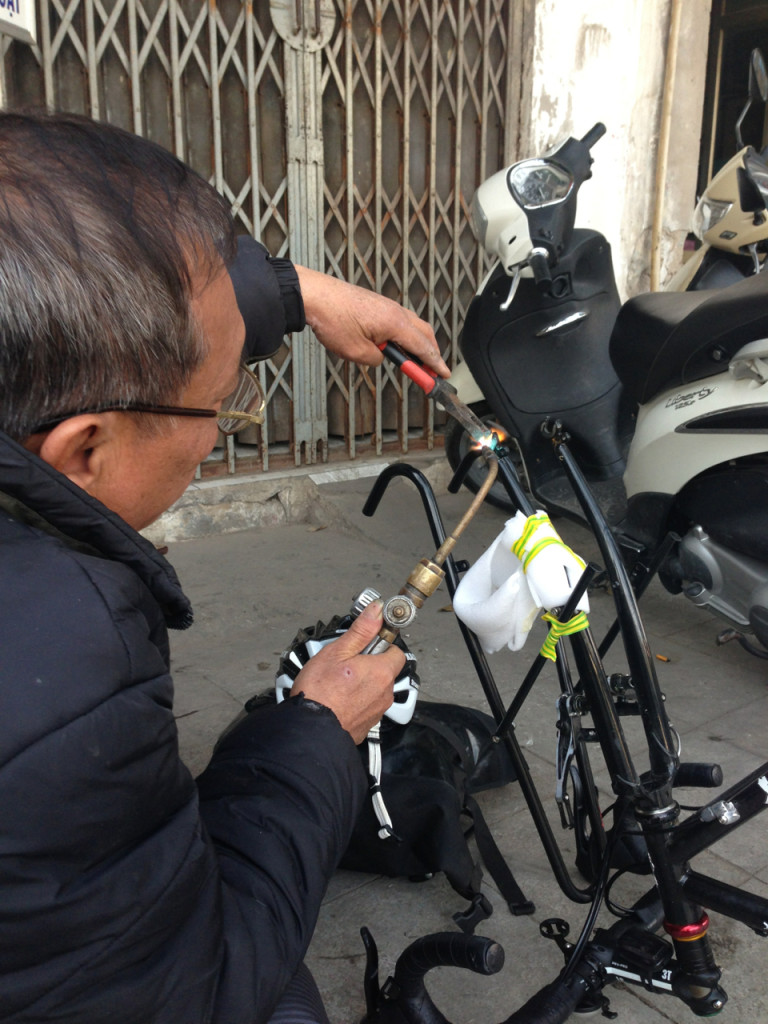 I did some, but not a lot of route planning. The idea was to ride most days, have a rest day every now and then, or when I wanted to pause somewhere particularly special. My intention was to cover around 2000km via the Hồ Chí Minh trail rather than the quicker but busier coastal Highway 1.

After a day or two exploring Hanoi on my bike, getting lost and found, I set off at dawn in a futile attempt to avoid traffic. It took two solid hours of scooter dodging, truck drafting and bell riding before I was in the countryside, where the mountains grew up from the horizon and the roads turned upward. The landscape was backed with the constant chime of hellos as I passed through towns. 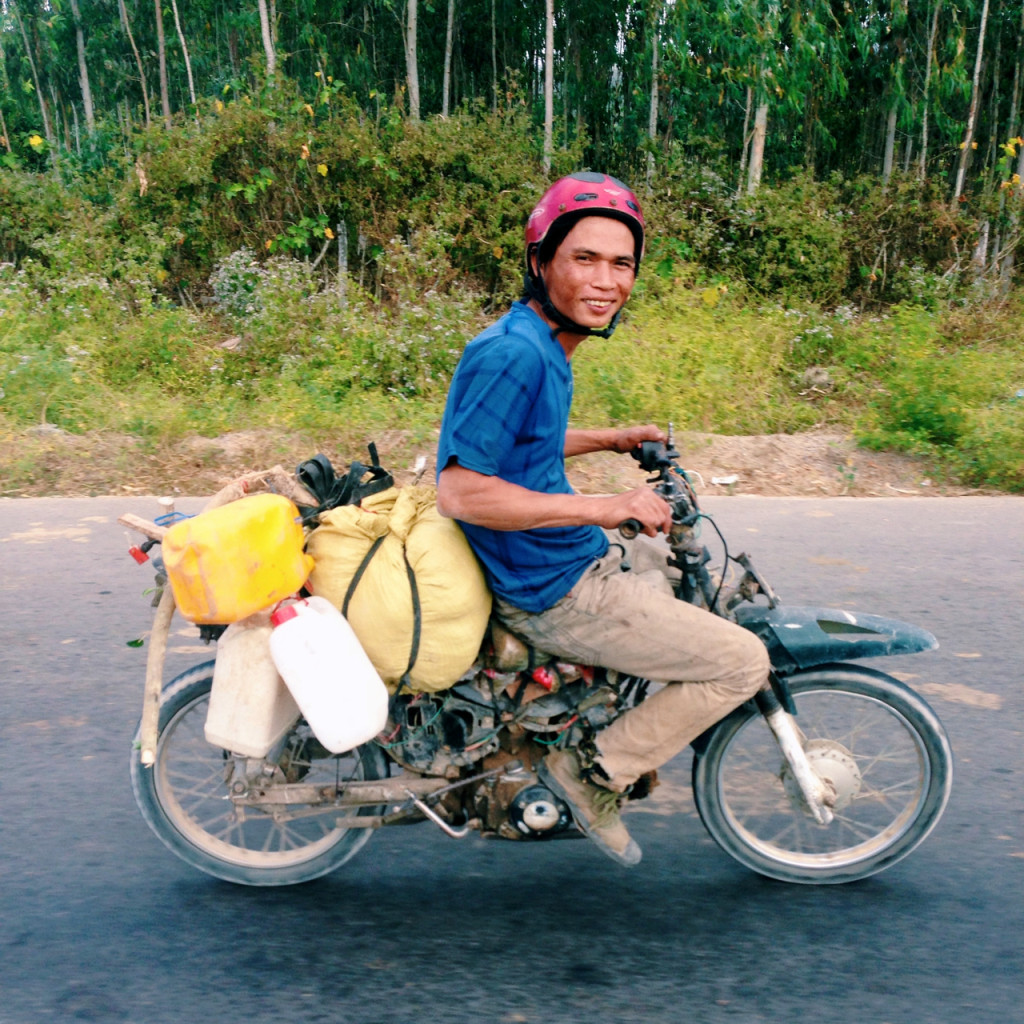 After day one (below) I had covered 140km and 1,400m elevation, finishing in the beautiful farming village Mai Chau in the shadows of the towering Annamite mountains. After a few more days in the northwest I began to make my way south along the Hồ Chí Minh trail. 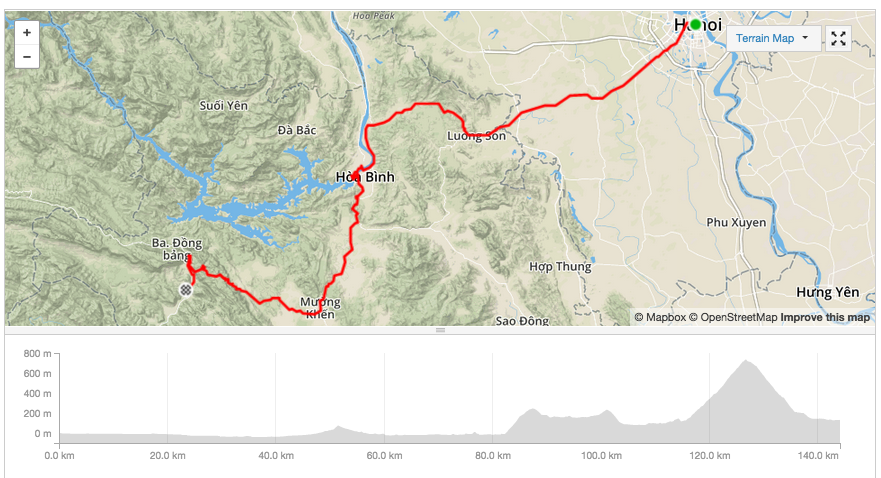 The Hồ Chí Minh trail begins in north Vietnam and snakes its way south, crossing in-and-out of Laos. It was originally a branching network of back-roads, tracks, paths, passes and river-crossings used by local ethnic groups and fighters in the resistance against the French. It was a secret, beaten by feet wrapped in sandals made of disused truck tyres. Turns were covertly marked with broken tree branches. Canvas was laid at muddy road crossings to prevent even footsteps being left. Supplies were moved by foot and by bicycle, tyres stuffed with rags to support heavy loads. Resistance fighters used the network of trails to move from north to south, and it was central in defeating the French at Điện Biên Phủ in the mountains on the Laos border. By 1965 the trail had matured and could be passed by truck. However, construction of the trail continued during The American War. The North Vietnamese deceived Americans forces to bomb mountainsides to make way for the trail and to make gravel – collateral engineering, if you like. The trail was a strategic arterial of North Vietnamese successes.

Today, the trail is in parts a busy road, in parts a desolate ribbon of tarmac winding through valleys, over mountains and across gorges.

The next few days in the north presented clay roads which had barely recovered from recent flooding, and a relentless rollercoaster of draining hills. In this first week of the tour I saw not one tourist. English is not widely spoken, and so loneliness became a companion. Still, I had a go at learning some Vietnamese, which always brought laughs, mostly at, not with me. It was quite cold in the north. I had to wait until the sun rose enough to pour into the valleys before I could comfortably begin my rides.

The food in these more remote areas was not the vibrant colourful fare I had become accustomed to at my local Vietnamese restaurant in Melbourne. Being winter, and in an area populated by rural poor, some meals consisted simply of some bony braised meat and steamed rice. Fresh vegetables were hard to find, fresh fruit even harder. Hunger is the best chef, or so they say.

After a brief trip to the coast for a dose of salty air and to ride the famous Hai Van Pass (Pass of the Clouds) between Hue and Da Nang, I again headed inland toward the Central Highlands. This area is vastly different from the north and the coast. It was sparsely populated and littered with bauxite mines – making for some seriously testing road conditions, and a face caked in dust by day’s end. The mountains dished up several hard days with very long distances between towns such from Kham Duc to Plei Can via Spring Pass with 2000m of elevation gain over 110 km. To find somewhere to rest my head I needed to push on through loneliness and fading light. 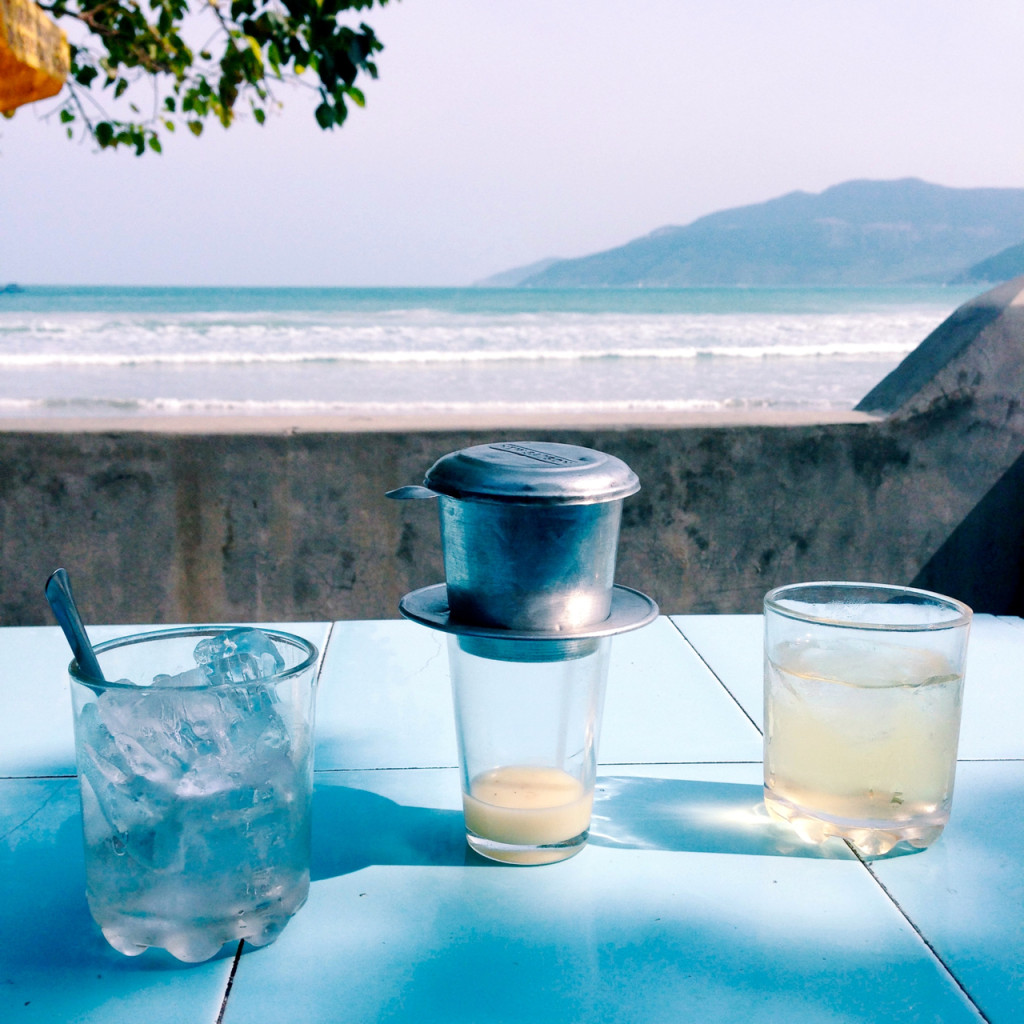 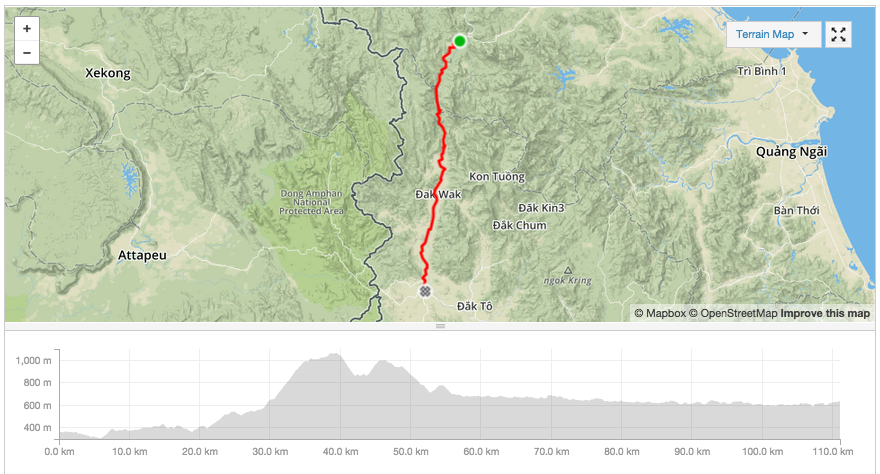 The agriculture in the Central Highlands changed as I passed through different climates and altitudes. Sprawling coffee and cacao plantations gave way for sugar cane, cashew nuts and rubber trees. Aromatic peppercorns drying on the roadside marked a path toward the horizon at dusk. Cycle travel is a truly immersive experience, far removed from the drop-in-drop-out nature of touring in a vehicle. 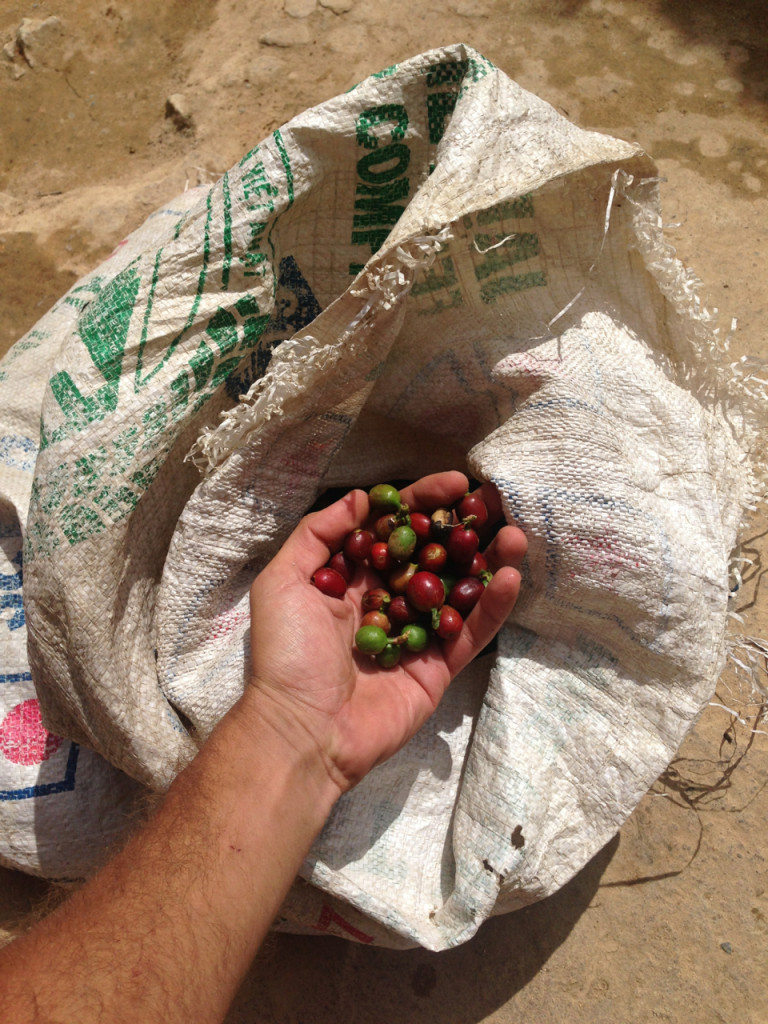 It was here in the Central Highlands where I encountered a most unusual sight; a chain gang of prisoners in striped pyjamas being led by a policeman down the road to a working farm. When I rode past they waved with glee, beaming. Their on-foot police escort didn’t share the same enthusiasm. He yelled angrily at me as I snapped a sneaky picture. 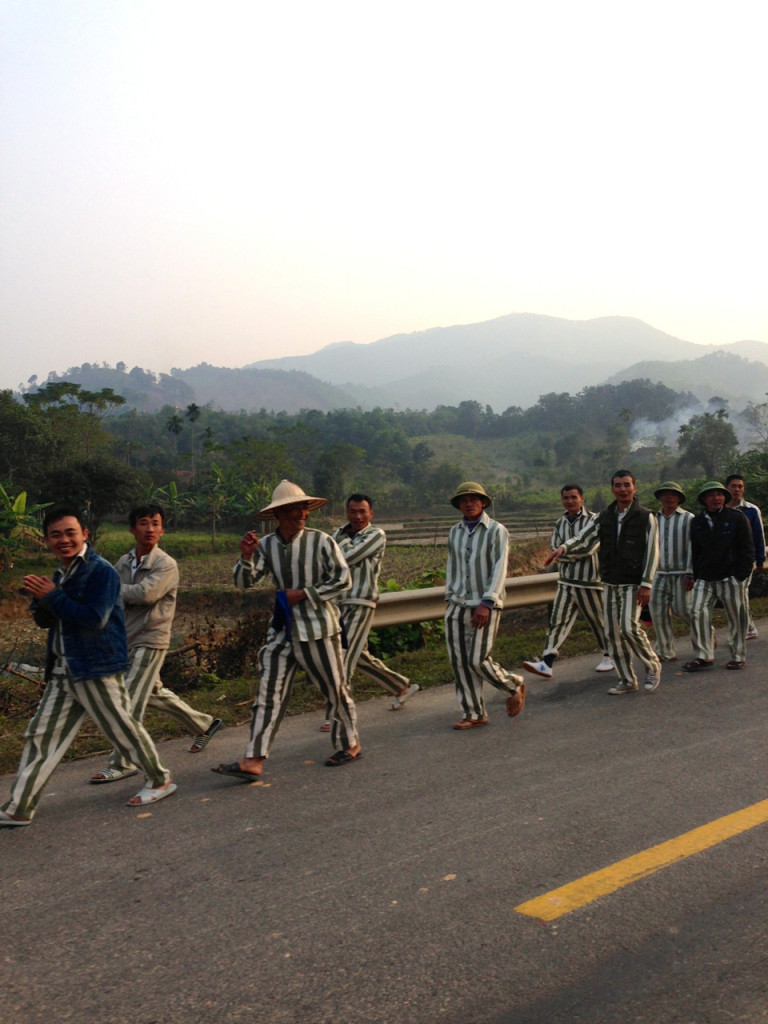 The descent from the Central Highlands back towards the coast was a fast trip, low-lighted by a near-miss with a truck overtaking a bus overtaking a scooter around a switchback. After a few more days on the coast, enjoying the not-so-special southern beaches I again headed to the mountains – to Dalat. The road from the coast up to Dalat includes the highest mountain pass in the south. 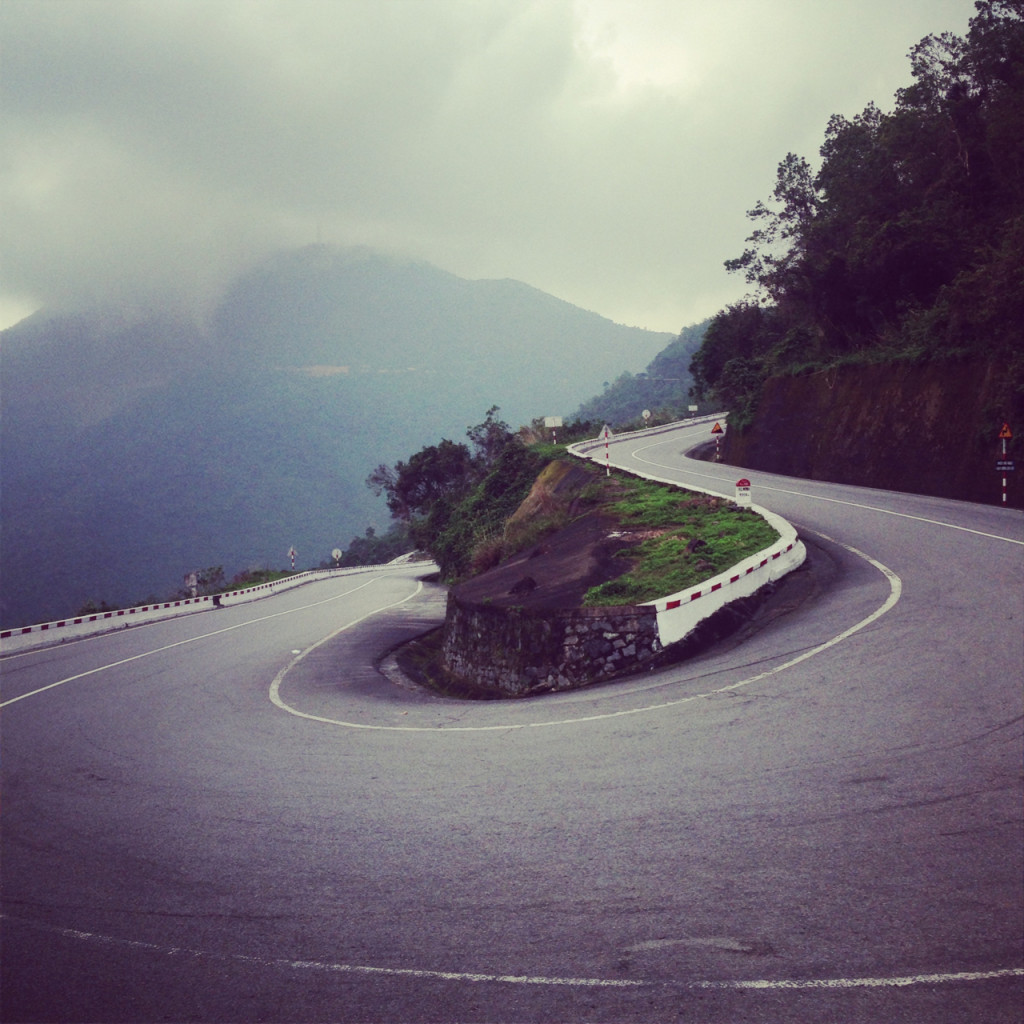 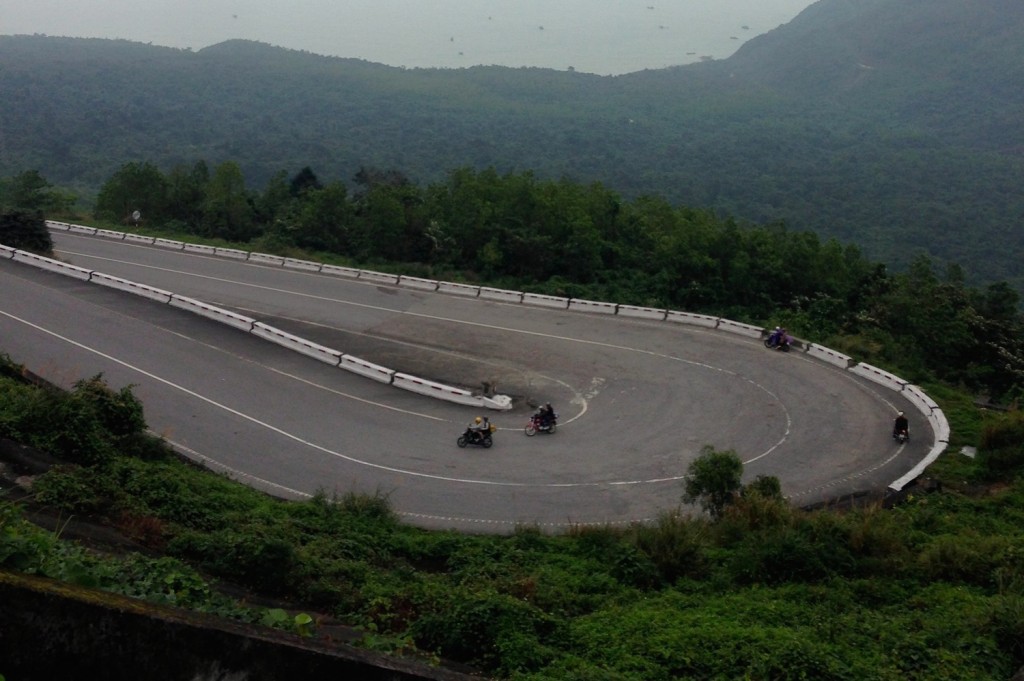 Once the climb starts there are no towns, no food and definitely no Vietnamese coffee stands, to which I had become accustomed. However, halfway along the journey I noticed a coffee farmer with a kettle and a fire beside his plantation. I stopped, and sat a while, drinking coffee chased with green tea. A final push along the plateau toward my destination that day was a difficult 145km and 2900m elevation. (http://www.strava.com/activities/107383038). 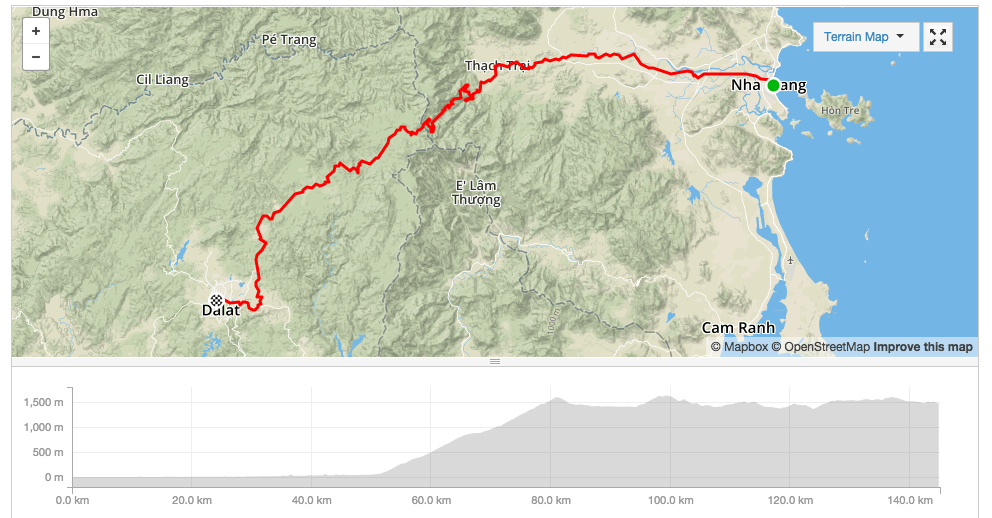 But, as American anchor-man Dan Rather puts it, “If all difficulties were known at the outset of a long journey, most of us would never start out at all.”

Travel by bike can be difficult and lonely. But, difficulty and loneliness are as much the joy of travel as it is the misery. Difficulties are lessons in problem solving and resilience and loneliness is motivator. It maintains a hunger for human contact, and draws us closer to the nation that we are travelling. In most ways, even when travel by bike is bad, it’s good. And when it’s good, it’s illuminating. 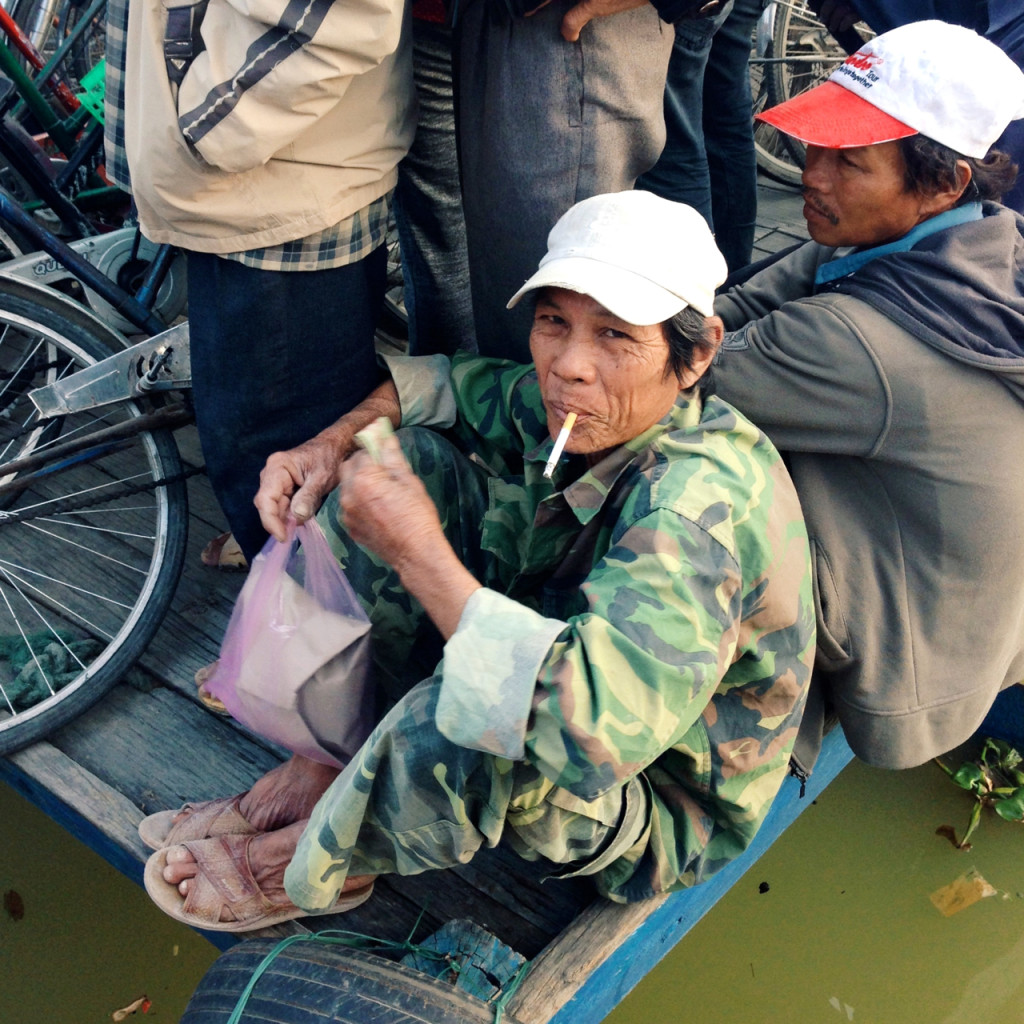 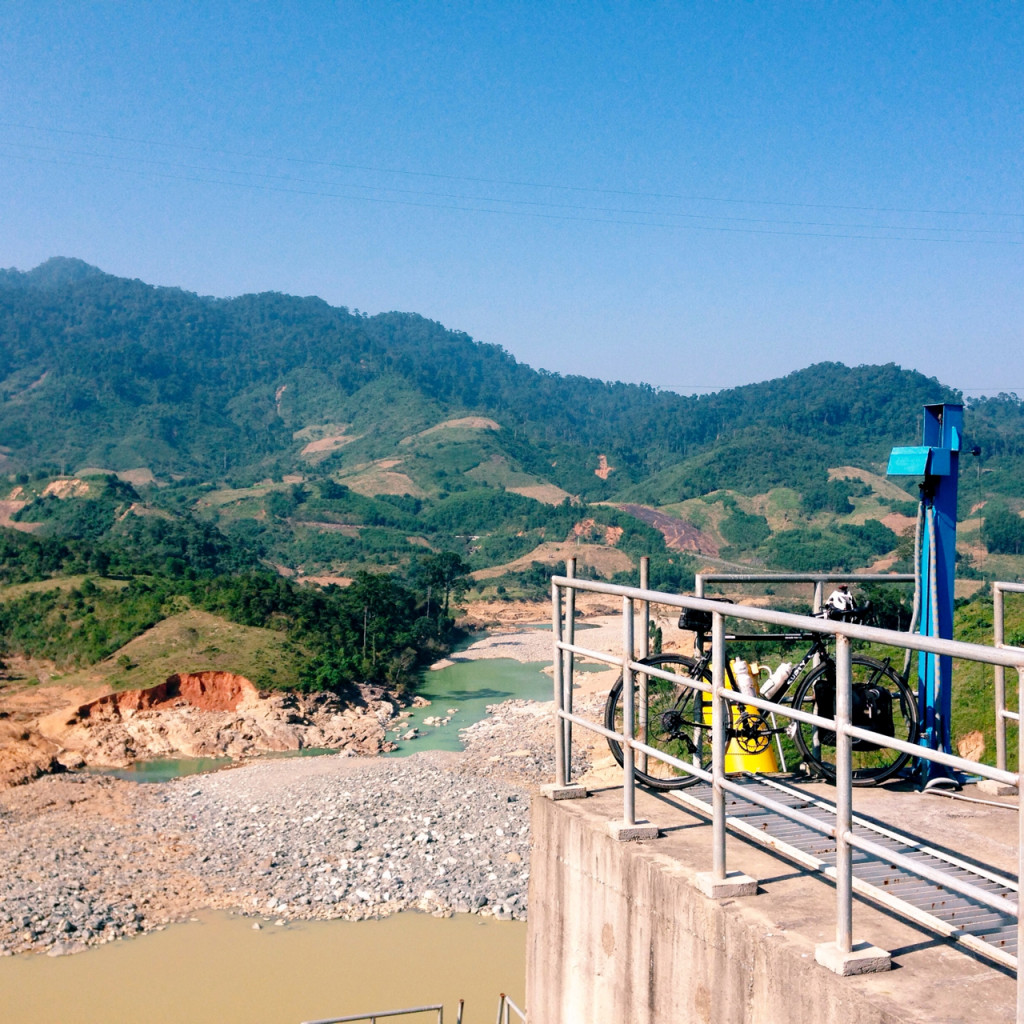 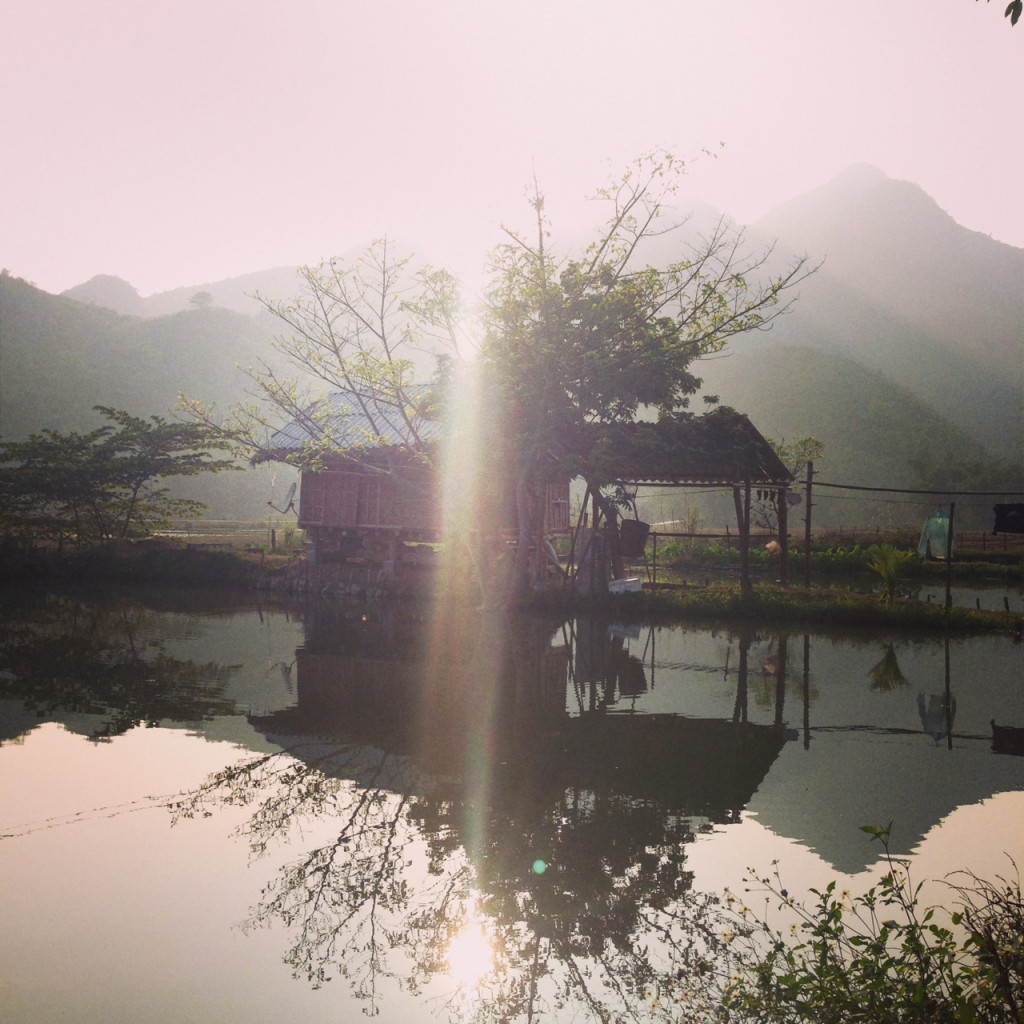 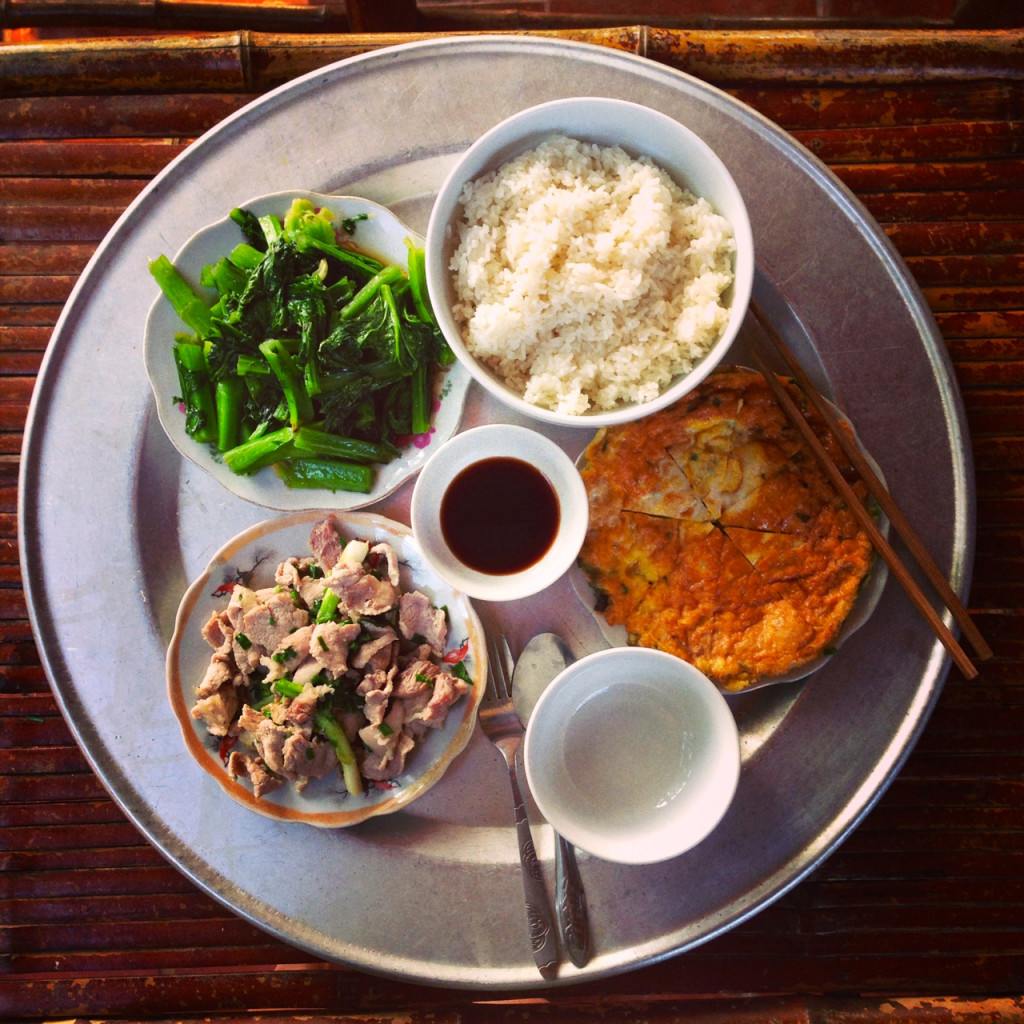 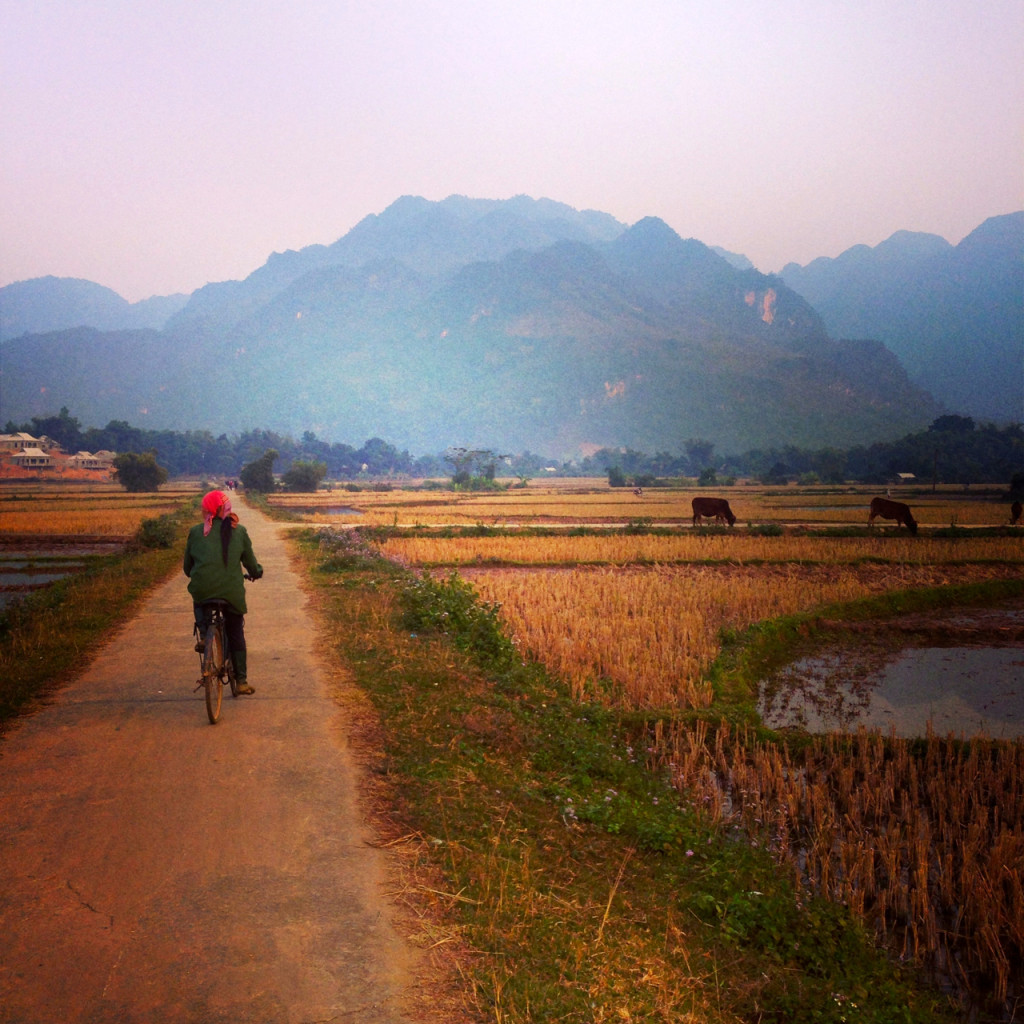 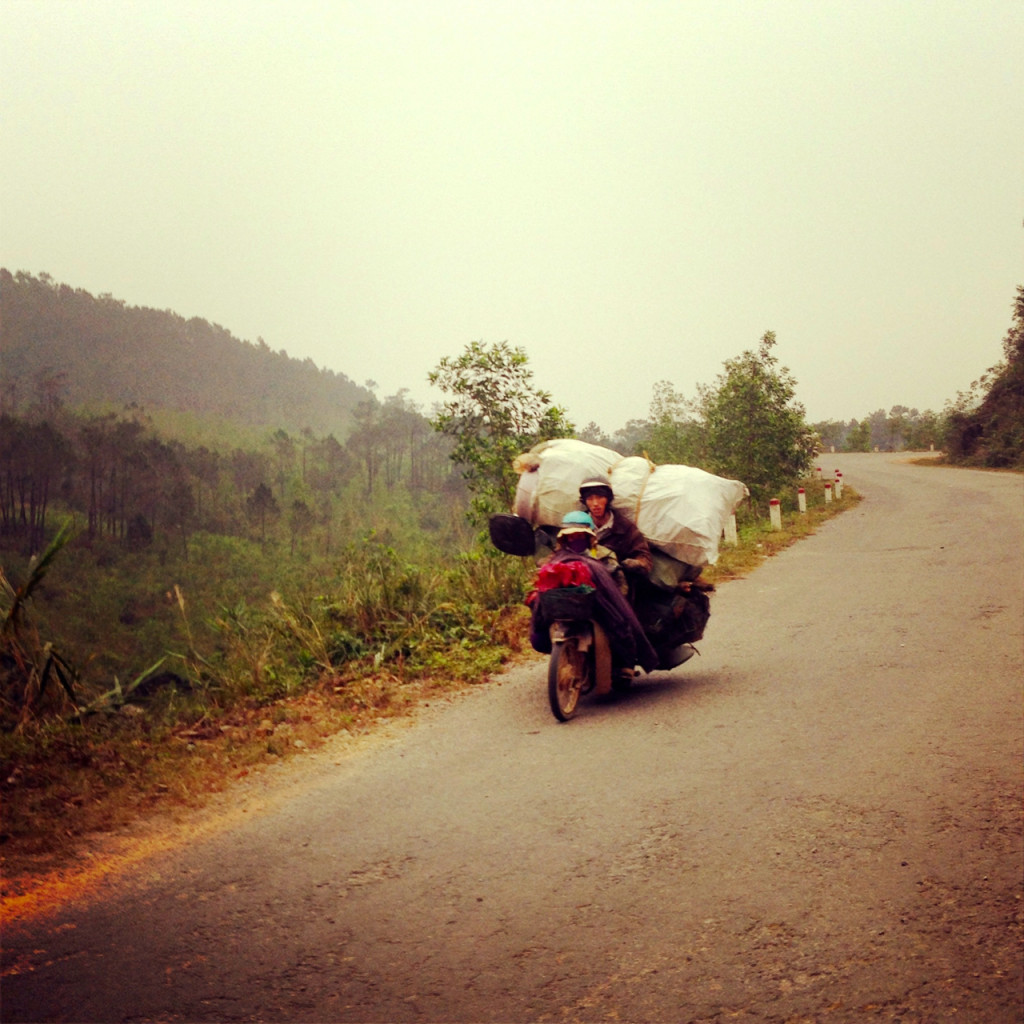 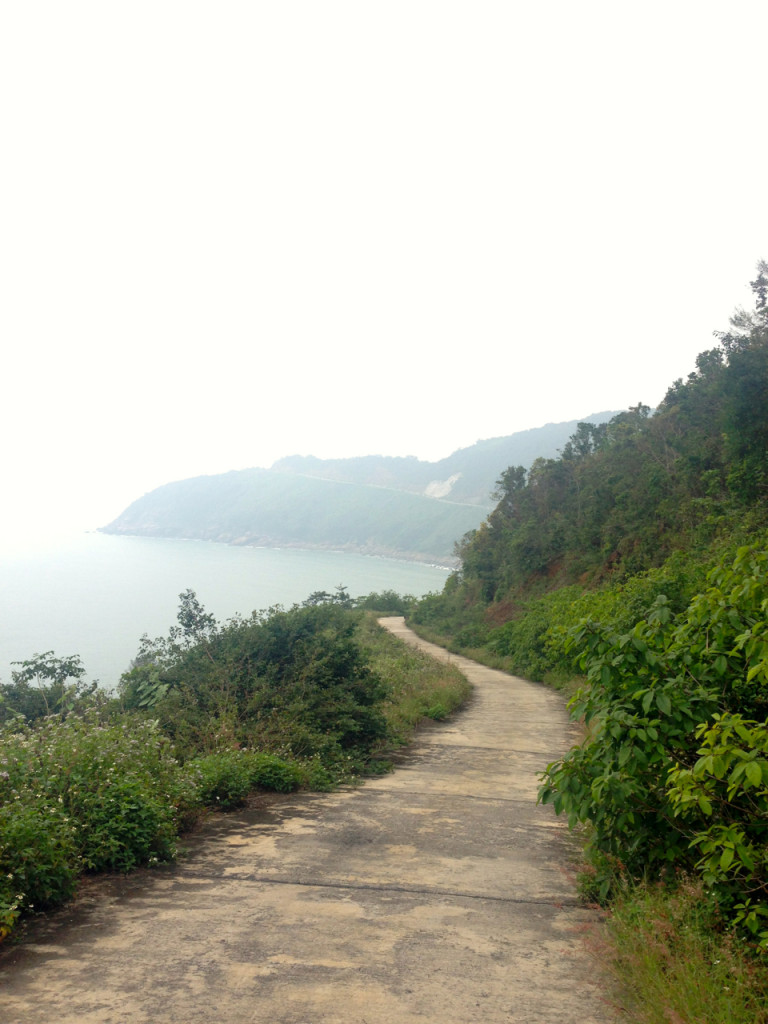 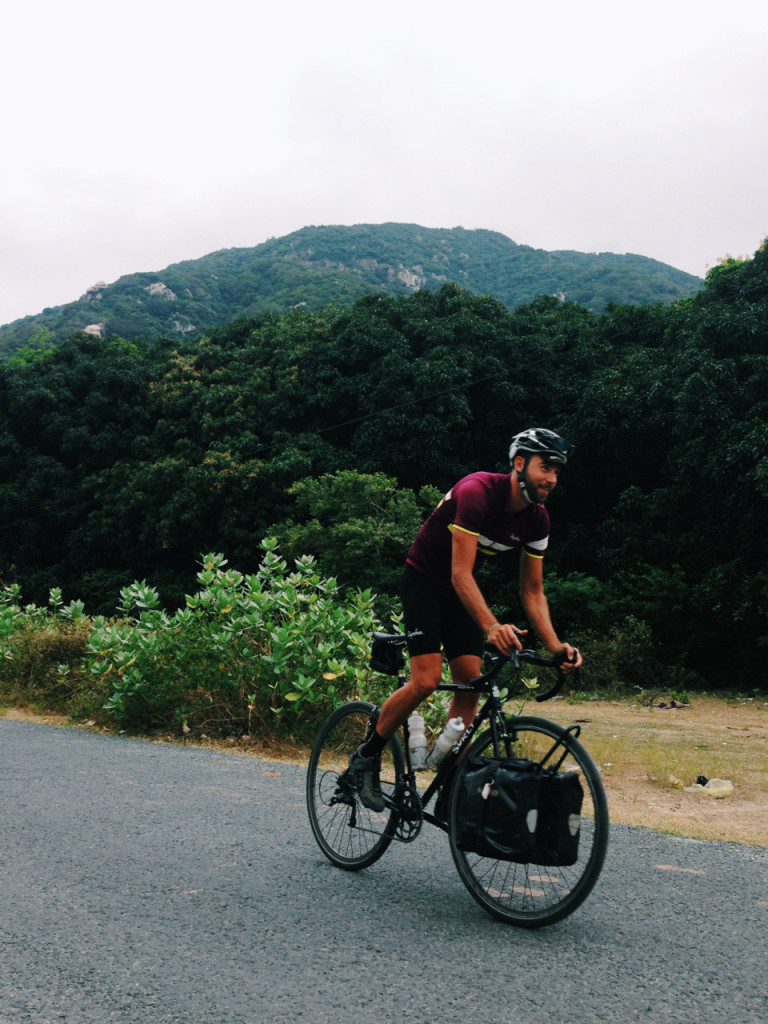 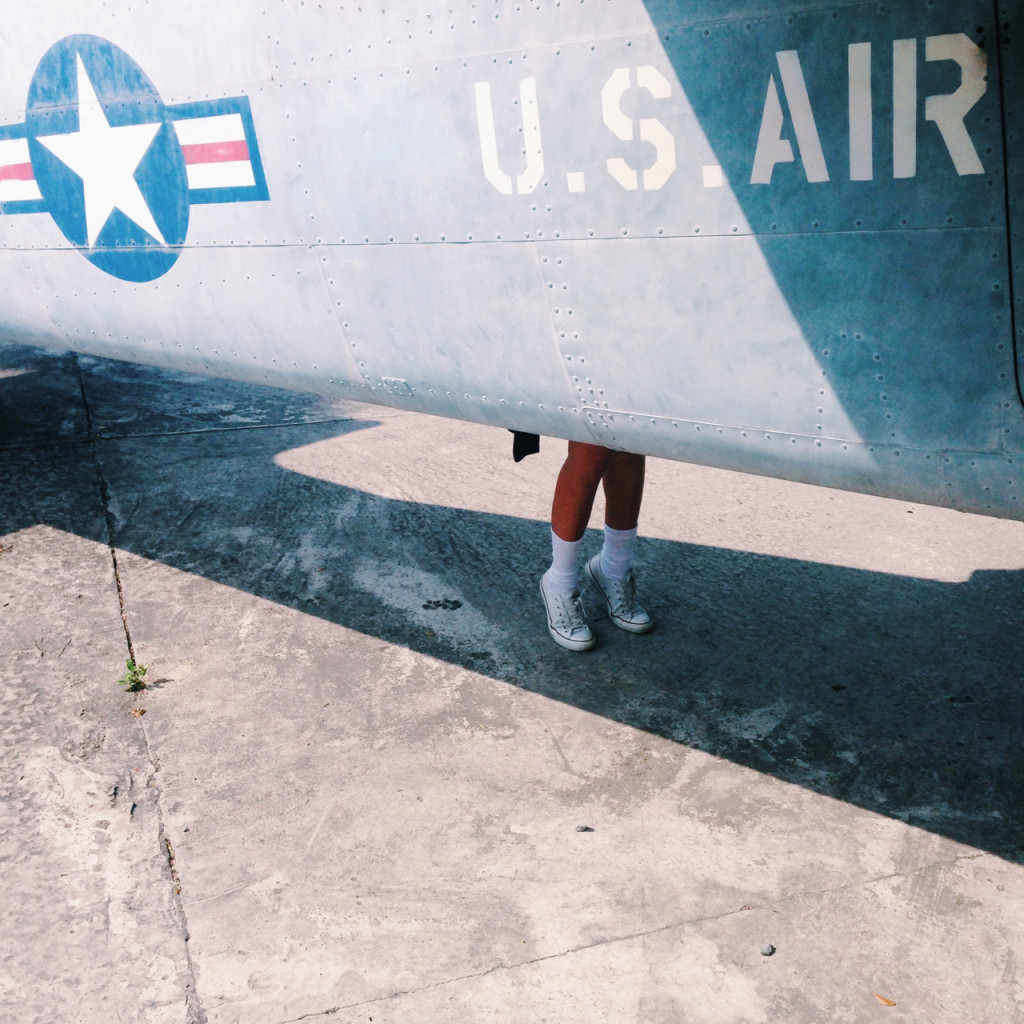 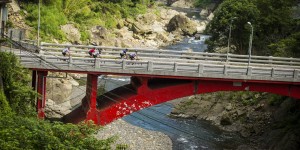