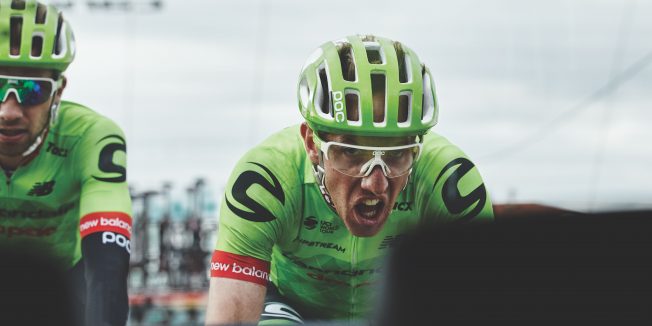 Ask Cyclist: When should I take a gel?

Those sachets of gloop can be a lifesaver on a hard ride, but timing is everything. So, when is the best time to take a gel? Cyclist investigates.

Energy gels are something of a miracle food. They pick you up when you’re flagging, increasing blood sugar levels and helping prevent muscle damage and fatigue. But it’s not all good news: they can also cause upset stomachs, and once you’ve started taking them you might not be able to stop. Judging how to use them and when to take them is a fine, if slightly wobbly, line.

So how do they actually work? In the interests of not needing an energy gel to read this, we’ll keep it simple: amylase, an enzyme in the mouth, starts breaking down the starch and the gel then moves into the small intestine where another enzyme, pancreatic amylase, finishes the job. Transporter proteins in the gut cells absorb the glucose molecules, allowing the sugars to pass into the blood and the liver.

‘The sugars are chopped up and they give off energy to your cells,’ says sports nutritionist Drew Price. ‘If demand from the body is high they’ll pass straight out again.’

It all happens fast. ‘It should take 10 to 15 minutes. The effects are pretty immediate,’ says elite level coach Tom Newman.

British Cycling coach Will Newton is slightly more conservative: ‘Many experts say 20 minutes but people metabolise sugar in different ways so you’re best off experimenting to find out when you need to take it.’

And Price takes a different view again. ‘It depends on the gel, how fuelled you are to begin with, how much power you’re laying down and other factors such as how much water you’ve taken on. Not drinking enough water will slow stomach emptying, so the gel sits in the stomach waiting to be absorbed. But anywhere from 20 minutes to an hour.’

‘It still takes time to digest, and if you’re on the rivet you’ll struggle to do that quickly,’ Newton agrees. ‘Blood is diverted away from the digestive system, which will be compromised.’

Then there’s the question of how long it lasts. ‘Again, you can’t be precise because everyone is different,’ says Nigel Mitchell, head of nutrition at Cannondale-Drapac. ‘But 20-30g of carbs will sustain a 70kg athlete at race pace for 20-30 minutes.’ Given that intensity far outweighs the level most of us can sustain, it’s fair to say it could last us normal folk a touch longer. 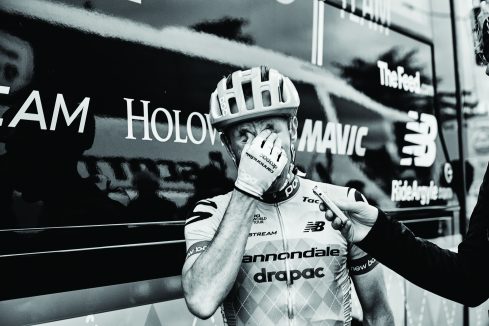 When and how often?

So now we have an idea of how they work, and how quickly, the next question is when you should think about taking one. ‘Timing is about knowing what the danger signs are – mainly not getting to the point where you’re really hungry,’ says Newton. ‘It’s about listening to your body. If you notice that you’re starting to think about food, you probably need to eat. If you reach the point where you feel cold, shivery, hungry – that really hollow feeling in your stomach – it’s too late.’

Newman agrees. ‘If you feel good and you’re going uphill you expect to be able to lay down power. If you’re starting to run low on energy something doesn’t feel right. That’s fatigue creeping in. Don’t wait any longer – ease off, take a gel and wait for it to kick in.’

‘Use them strategically,’ says Newton. ‘There could be a big climb coming up and you know someone’s going to attack, so you want some easily available sugar to help you dig really deep.’

The length of your ride, event or race will ultimately determine how many gels (and solid food) you need. Local races and criteriums rarely last for more than a couple of hours while something like Peaks and Orange Challenge or even Gravel Grit will see you out for a good portion of the morning. ‘You may not need too many if you’ve fuelled up with a good breakfast and you’re well hydrated.’ Again, this comes back to the length of your training ride, event or race.

‘If you’re a fat-adapted athlete, you will need to use energy gels only very sparingly, if at all,’ says Newton.

‘Fat-adapted’ means burning stored fat during the day and relying on fat, more than carbohydrate, to fuel exercise. It’s achieved by eating a lower-carb, higher-fat diet and training in a fasted state. ‘Fat-adapted athletes can operate at a higher level than sugar-burning cyclists,’ Newton adds. ‘Most people burn sugar at around 80% of their maximum heart rate, but studies have found that fat-adapted athletes are still burning fat at up to 89%. If you can do that you can go for a four to six-hour training ride without ever needing a gel.’

The reality for most of us is that we pedal a fine line balancing our work commitments and cycling objectives.

‘Prevention is better than cure, though,’ adds Mitchell. ‘You might want to train in a depleted state to increase adaptation, but you don’t want to race depleted. Take on 60-90g of carbs per hour and practise in training with a mix of drinks, bars and gels.’ 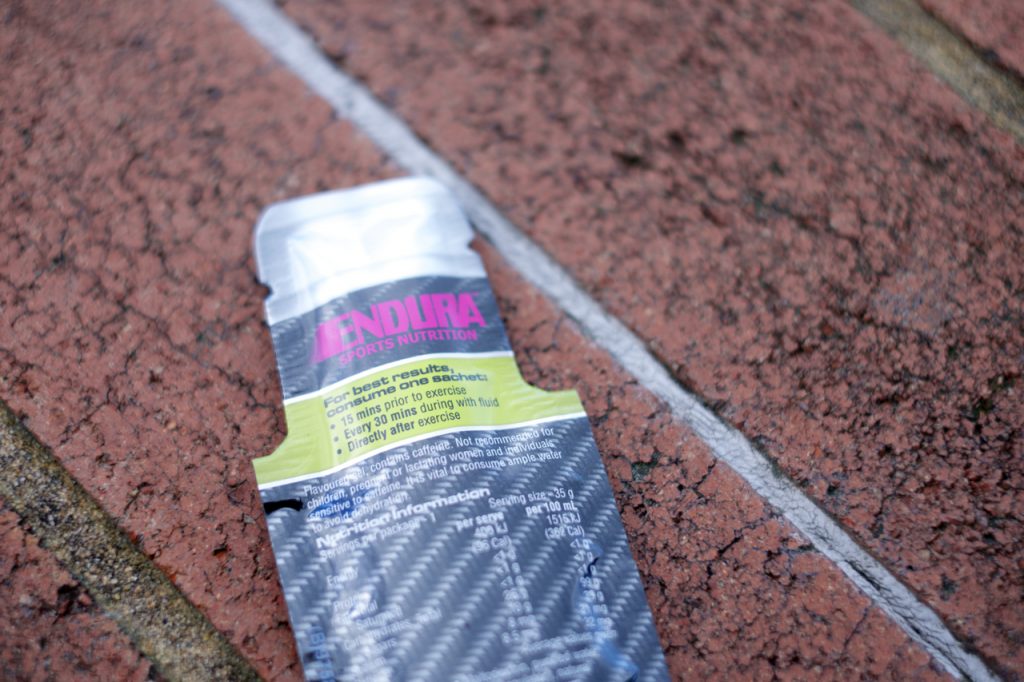 Endura recommend taking a gel (when needed) 15 minutes prior to exercise. Use in training as a form of practice ahead of an event, sportive or race – to see what works best for you.

All in the mind?

There is another benefit, even before you’ve digested the gel. ‘They have a psychological effect,’ says Newman.

‘You might want to take four gels on a four-hour sportive and have one every hour. You’ll really look forward to the last one because you know you’re near the end, so it will give you fresh impetus.’

Don’t leave it too late though, or you’ll end up like Chris Froome on Alpe d’Huez during the 2013 Tour de France. Froome incurred a 20-second penalty for breaking the rule that says riders can’t take on energy in the final 20km of a stage, and he took it so late that he didn’t have time to digest it. But there is one argument in his favour.

‘He was struggling because his blood sugar had dropped,’ says Mitchell, who was Team Sky’s head of nutrition at the time. ‘As soon as he’d had the gel his style picked up – even before the energy had hit his bloodstream. Your body feels the benefit as soon as you put a carb solution in your mouth. Your body anticipates the carbs and gears up for it. This has an immediate impact on performance.’

Still, Froome’s jelly legs and vacant eyes were a salutary lesson in not leaving it too late. However, on the flipside of that, how soon is too soon? If you’ve ever raced, there’s a fair chance you’ve seen rivals necking gels before the start, no doubt in anticipation of being ready for a fast getaway.

‘I’d never take a gel before a race,’ says Newton. ‘You shouldn’t need to if you’ve done a decent warm-up, even if you go off hard, because your body will have 1,500-2,000 calories of glycogen stored in the liver and by warming up you’ll start to mobilise it.’

‘I’d only recommend taking a gel pre-race if it’s in the evening,’ Newman adds. ‘If the race starts at 7pm you might not have eaten anything since lunchtime, which means you need a boost. But you shouldn’t need to take one on the morning of a race if it starts early.’

As with so much of training, fuelling up is a matter of learning what works for you. ‘Everybody’s different, and we need to learn – or relearn – to listen to our bodies,’ says Newton. ‘We get so hung up on gadgets and the “science” we’re fed that people have stopped doing it. Choose an approach and stick to it. Have faith in what you’re doing. People try to second-guess themselves on race day and they’ll try something different to try to find an edge – and that will only end in tears.’ 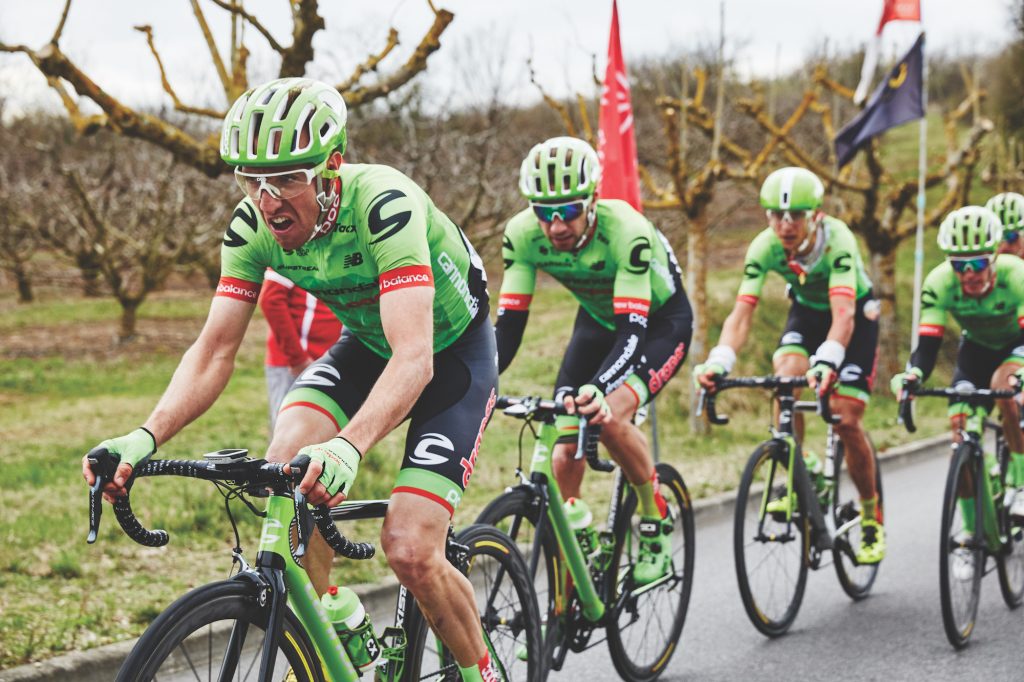 Tips from the top

Don’t wait for race day to try something new. Cyclists are inherently creatures of habit so practice is the best way of giving yourself every chance to perform when it matters. More recently, we headed off-piste in search of a Big Ride that would truly push our limits – and we almost found them! We packed all our food for the day plus a few ’emergency’ gels just in case things got more serious than expected. Thankfully we had them on hand for later in the day when our supply of trail mix ran out.

That day, we packed a small selection of Endura’s latest energy gels. Available online through Chemist Warehouse or through your local bike shop, we’ll most certainly be packing a few of these for our next ‘just in case’ adventure.

Wild Melon-Mint, Green Apple and Zesty Lime are a far stretch from the average sounding (and equally unimpressively tasting) variety of gels most of us have become accustomed to consuming. But just because something is designed to deliver 26g of caffeine-boosted carbohydrate in a convenient-to-carry and easy-to-digest format doesn’t mean it should be boring. The familiar Endura texture (deliciously light and fresh), not too thin and far from thick, remains the same as the previous incarnations, but with improved taste.

They also feature the same premium-quality, dual-source carbs for maximum absorption as well as slow-release energy. As always, Endura recommends you take a couple of big gulps of water immediately after consuming the entire packet – doing both at the same time would prove difficult – to ensure a proper isotonic solution is created. 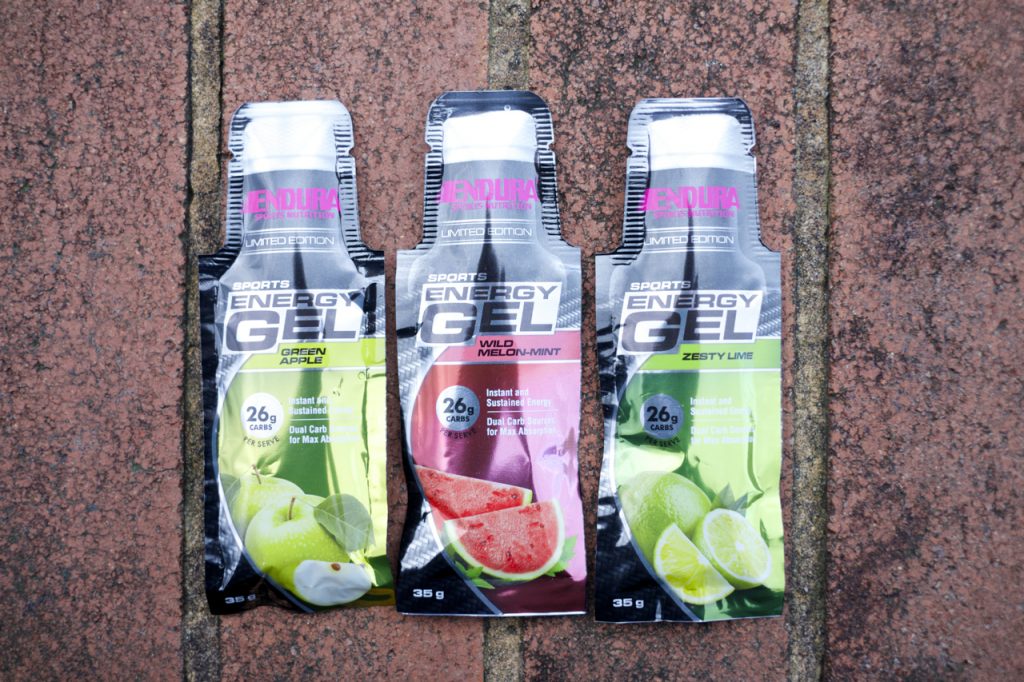 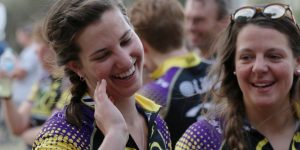 Go for Broke 2018: 180kms is nothing compared to life’s challenges.

180 kilometres, longer than the average stage in this year’s Tour de France. It’s a so...