This set of Australian hills is not for the faint hearted, as Derek Mollison learnt the hard way

Some 130km and an easy 90min drive from Sydney I discovered a climber’s paradise in the glorious, daunting and intriguing region of Kangaroo Valley – a masochist’s delight and true polka dot playground. The valley is located in the lush Southern Highlands, which stretches roughly from Nowra in the south to Shellharbour in the north, and then west to the heritage towns of Bowral and Berrima. It features eight solid climbs with gradients ranging from a manageable 6% up the sweeping Macquarie Pass to the nasty 22% pinches that define the grizzly ascent of Saddleback, near Kiama. Once, during a particularly tough climb through this region – my mind struggling for something on which to focus and distract me from the pain – it struck me that these climbs were living entities, each with their own distinct but related personalities. In this state of delirious wisdom, I decided that the hills were a family, and Kangaroo Valley was their home. Ignoring the torture to which I was subjecting myself, I spent the rest of that day assigning each of them a personality based on their unique features and challenges. Allow me to introduce you… 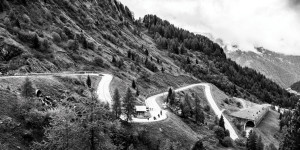 The Dolomites are a cyclist’s playground – rugged peaks, legendary climbs and blessedl...