The second day of our long weekend partnered with Soigneur; a trip along the Shoalhaven’s stunning coastline and back into the Highlands for more of the road less ridden.

Undoubtedly the highlight of our three-day long weekend, and suitably dubbed, was the Berry Secondi. The opening day offered an investigation of the Highlands while today takes us through the salty towns of Gerringong and Kiama. From the coast we’d make a bolt inland where the breathtaking climb of Jamberoo and off-piste sights of Belmore Falls await.

With fewer cars on the road in the wee hours of the weekend, we decided to take advantage and set off early-ish, plummeting down into Berry, half-hunting the downhill Strava KOM from Woodhill. With the Berry bypass due for completion by 2018, we avoid the main road and instead find ourselves meandering along Beach and Toolijooa roads before negotiating the first stretch of the Princes Highway – that would see us at Gerringong. 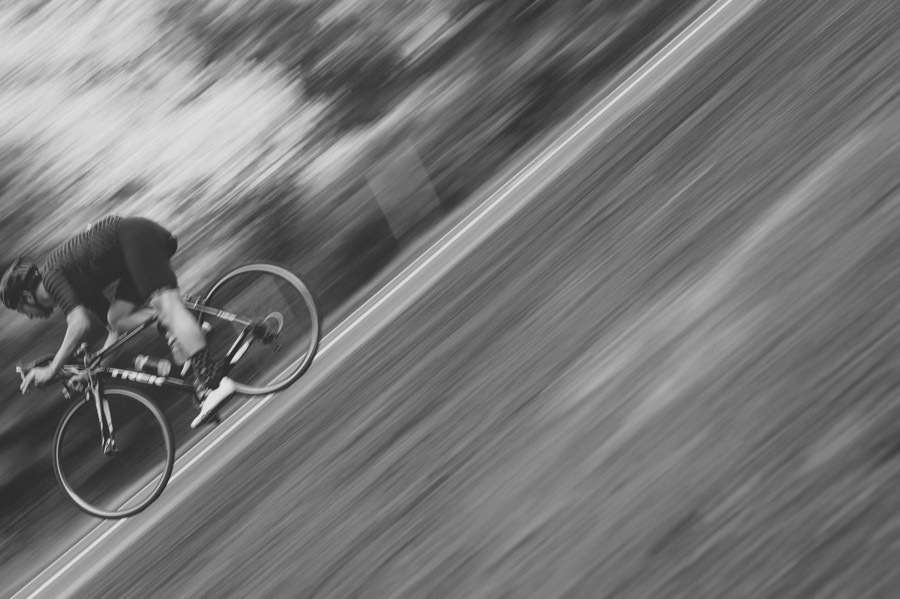 In our opinion, this is the best way to go if you’re travelling in a group or solo. There’s an acceptable-width shoulder along the Princes and if you depart early enough – we left at 7am – there is just local traffic to deal with. The raised views of the coastline also make the slightly busier road more than worth it. Who knows, maybe one day there’ll be a cycle path to compliment the walking trail that follows the coastline.

If Gerringong came a little later in the ride you’d be crazy to simply pass through this quaint little town, but coming so early in the piece – and with breakfast still rumbling in our stomaches – a cruise along the beach has to suffice. 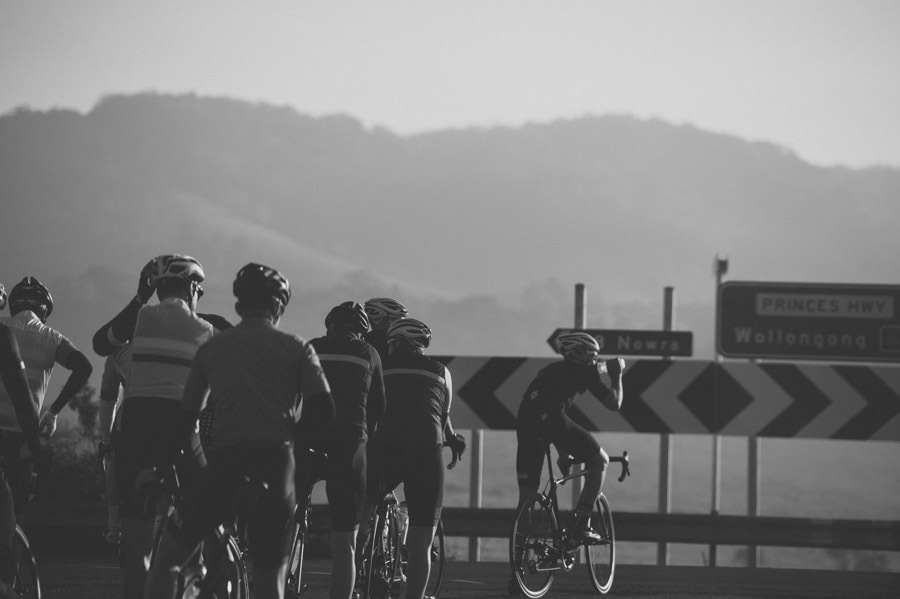 A little bit of zig-zagging through the streets has us back on the Princess. If you’re wearing visible clothing and ride in safe manner, you’ll be up and over the hill into Kiama in no time. Kiama is a great spot to take a breather, fill up (near the lighthouse) and continue inland towards Jamberoo and the first real ascent of the day. 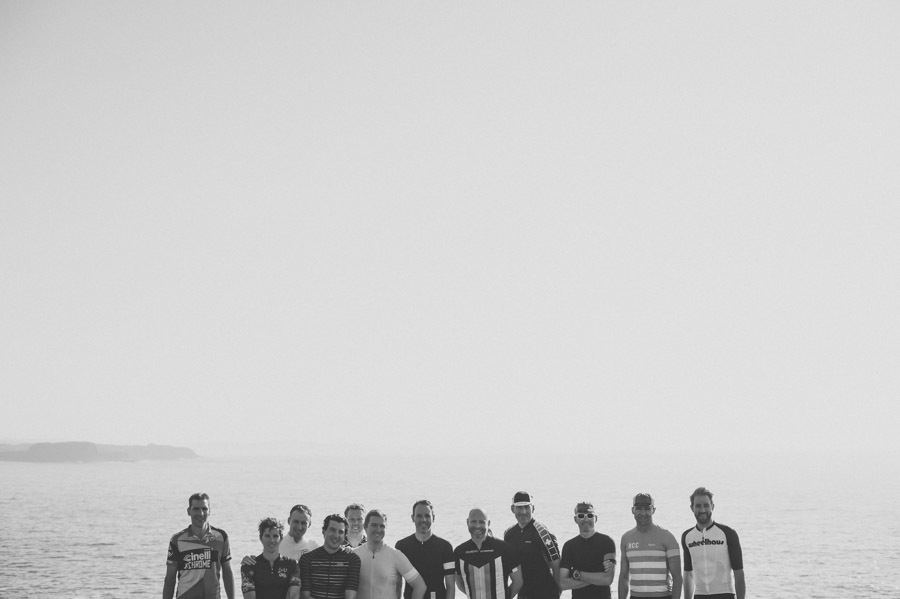 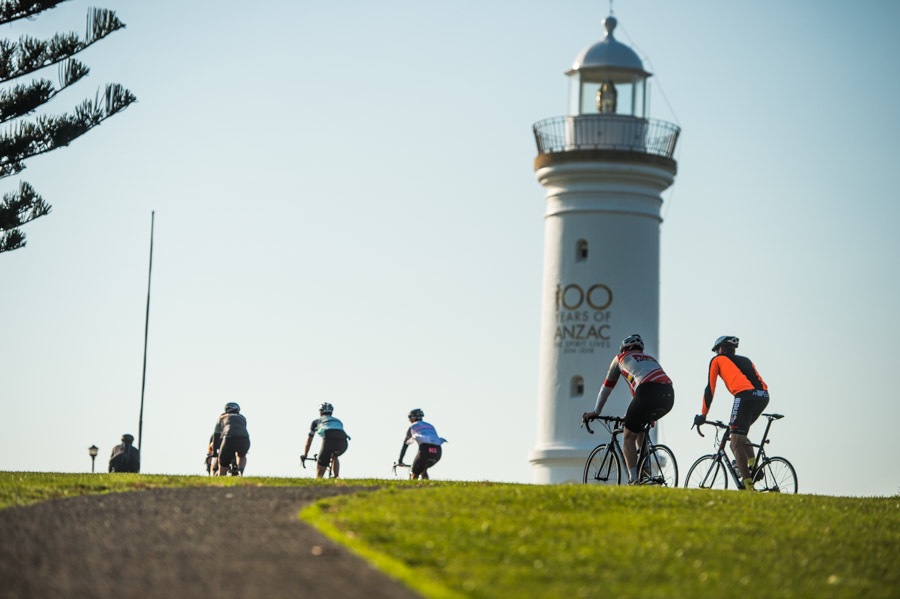 Arguably tougher than the previous day’s climb up Barrengarry, Jamberoo Mountain relents from its double-digit gradient on just a few occasions, or so it feels. To put it in perspective, even for the fastest on Strava it will still take in excess of 20 minutes to complete – more like 30-plus for us mere mortals. 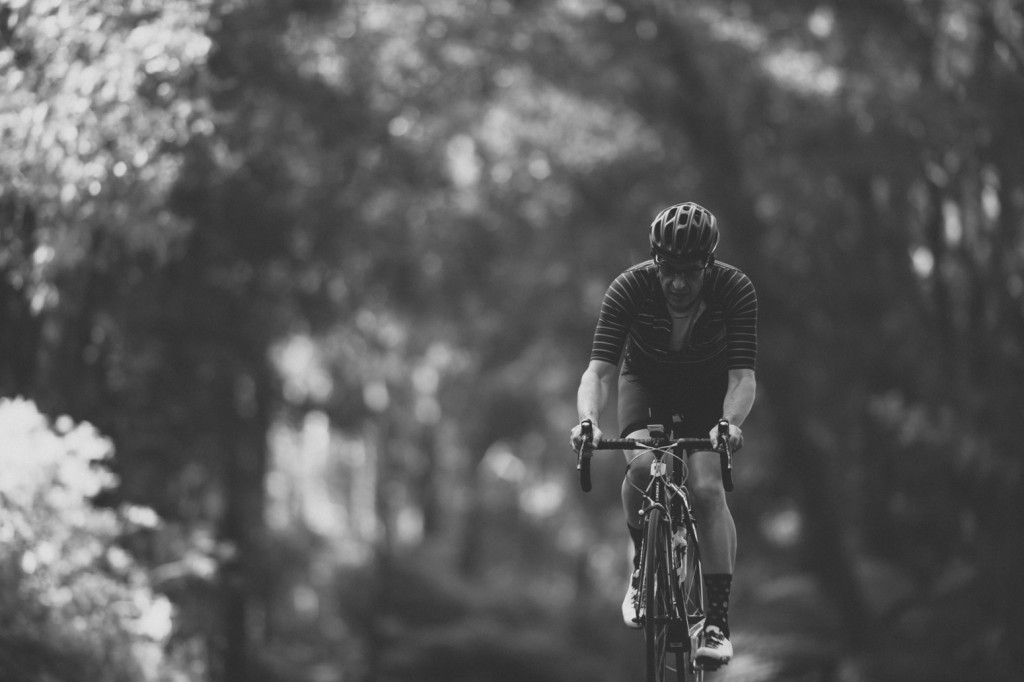 Jamberoo lookout is our chosen spot to regroup and for good reason; views that run for miles! There are no facilities here – you’ll have to continue upward to Famous Robertson Pie Shop for amenities and supplies  – but, like so many of the Highlands view points, it’s totally worth it. Next stop: pies!

We featured the pie shop in our Soigneur x Cyclist preview some months back, but we’ll admit to not actually stepping inside on that occasion. However, with lunch time hitting our legs like a bag of sand this was our chosen refuelling point. 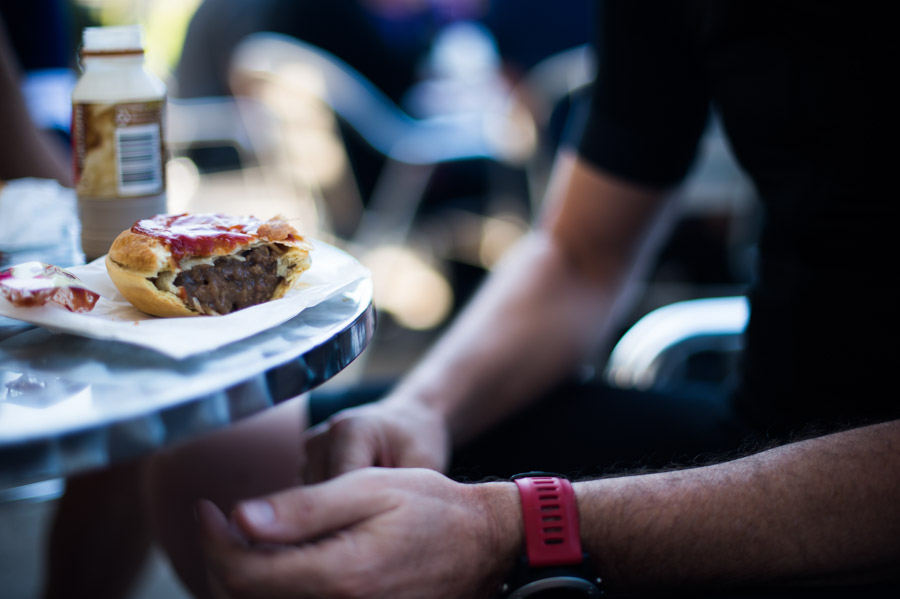 The next stretch is not to be missed, that is, if you’re ok with getting your bike a little dusty. Belmore Falls is amazing and with a well-graded road (most of the time) served up, it’s the best way to get across to the top of Fitzroy. There’s a couple of spots here where a quick stop is advised – I know, we’re doing a lot of that. Both are situated near the Falls. The first is marked with a left-hand turn, the second is accessible from the weir.

Once out of the bush, take a left onto Myra Vale. Those paying attention will notice this being the same section we popped out onto during the tail-end of yesterday’s ride. This time however, instead of climbing Berry Mountain, we’d take the eastern side of Wattamolla – an equally tough climb with a demanding section nearing the top with 2km of hefty double-digit gradients. Thankfully, we reach our accommodation just a short stroll from the top proper.

Apologies for the guys who thought the climb was shorter than what it was in reality. With two long and consecutive days spent in the sun, it’s fair to say the group was just a little more than happy to see the front gate, where everyone was waiting until the final rider came in. Cheers and high-fives were thrown and beers would soon be consumed to kick-start the recovery process. 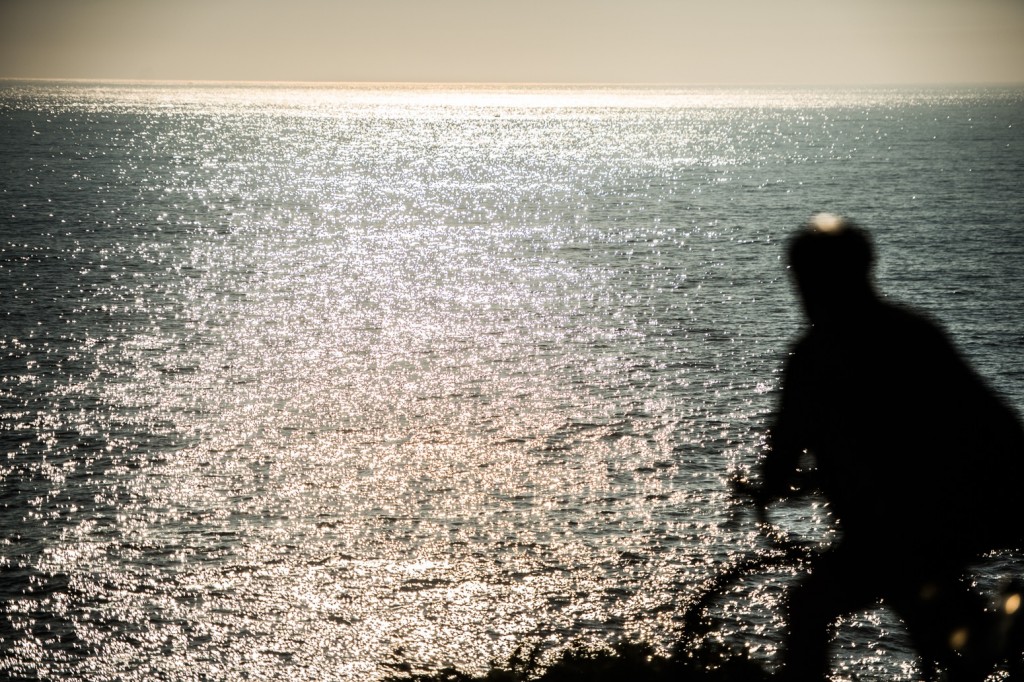 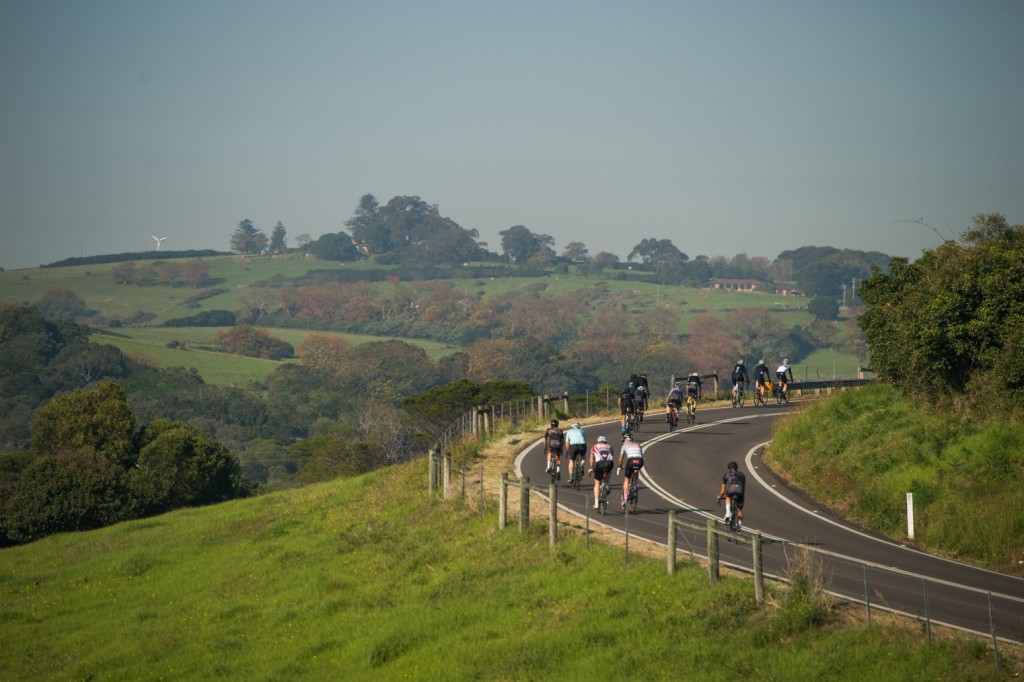 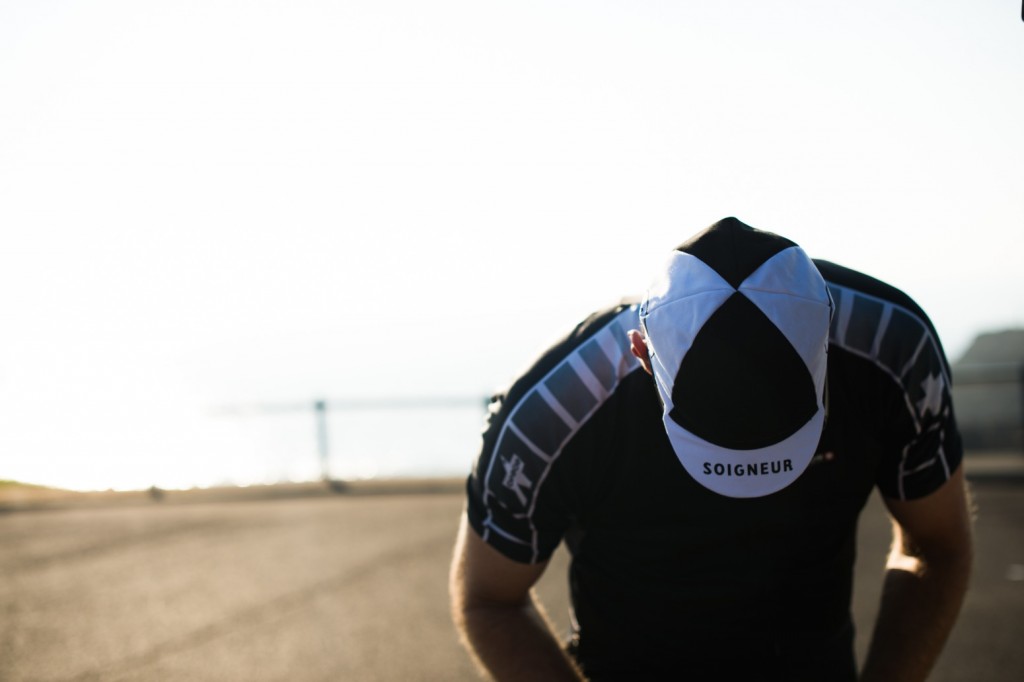 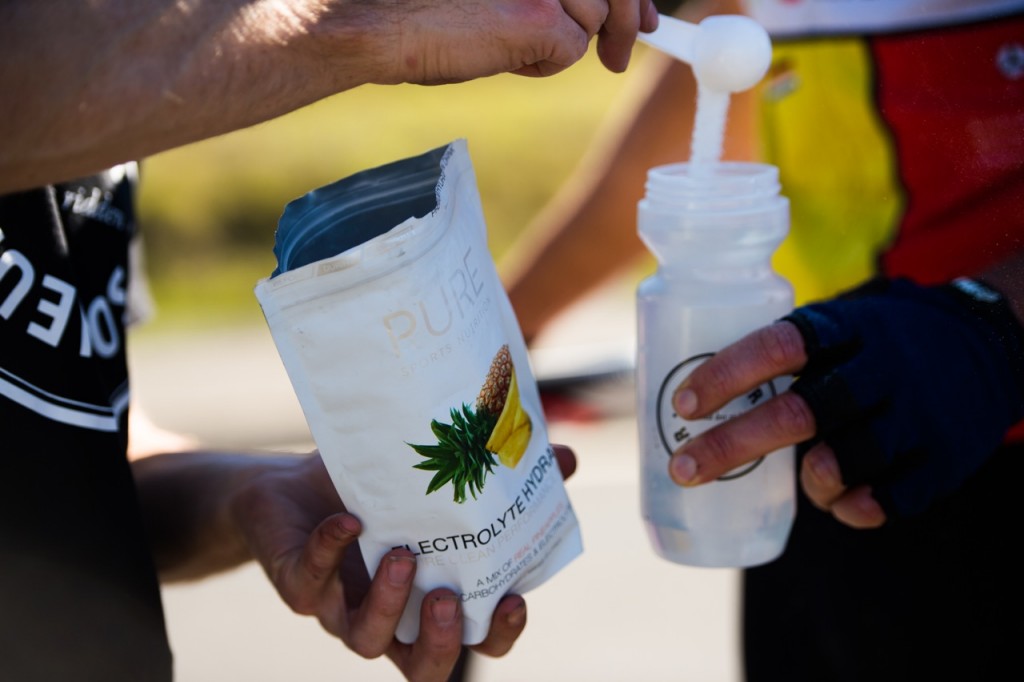 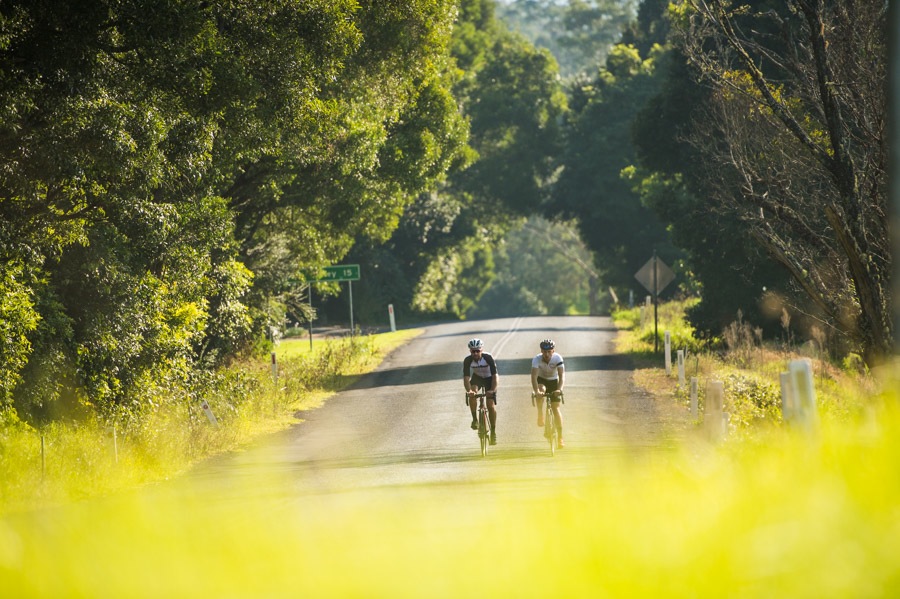 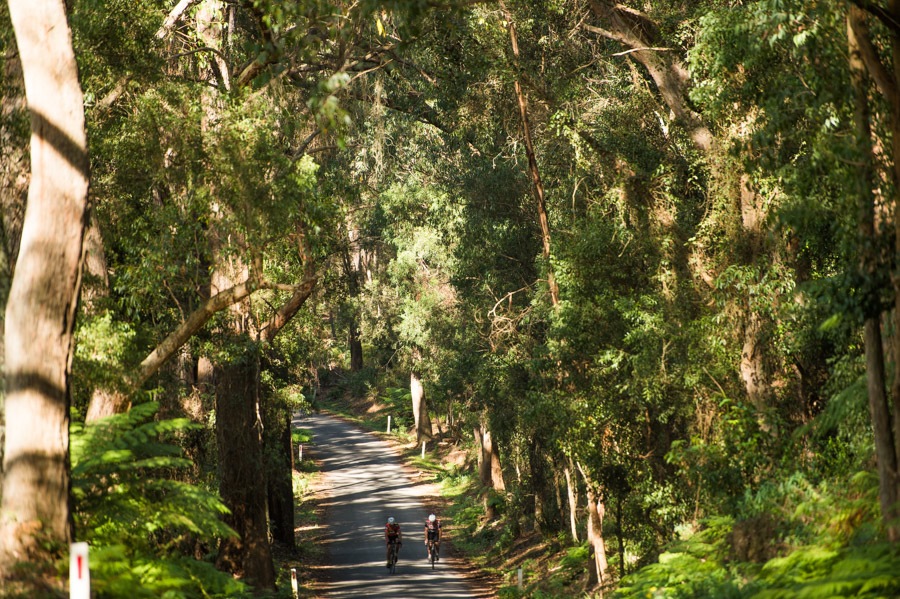 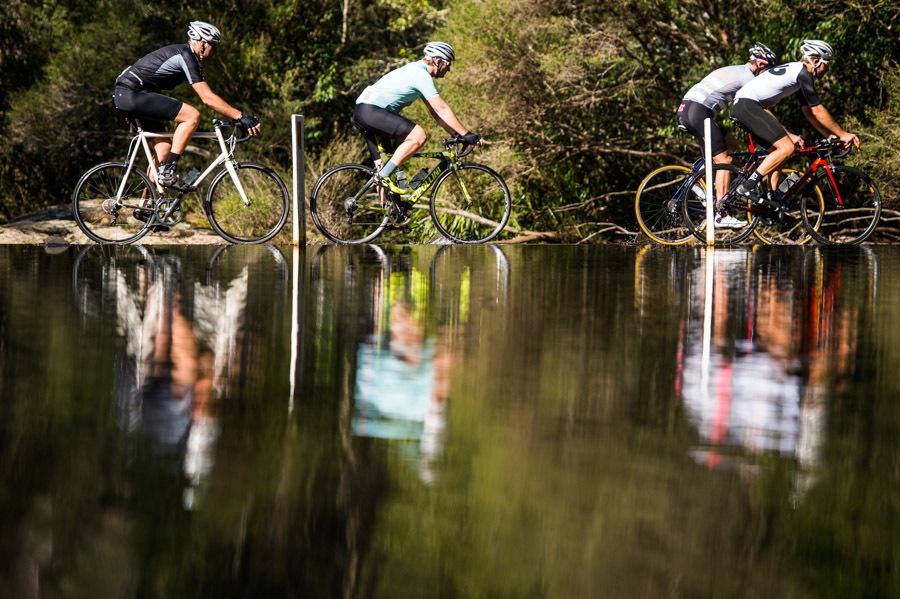 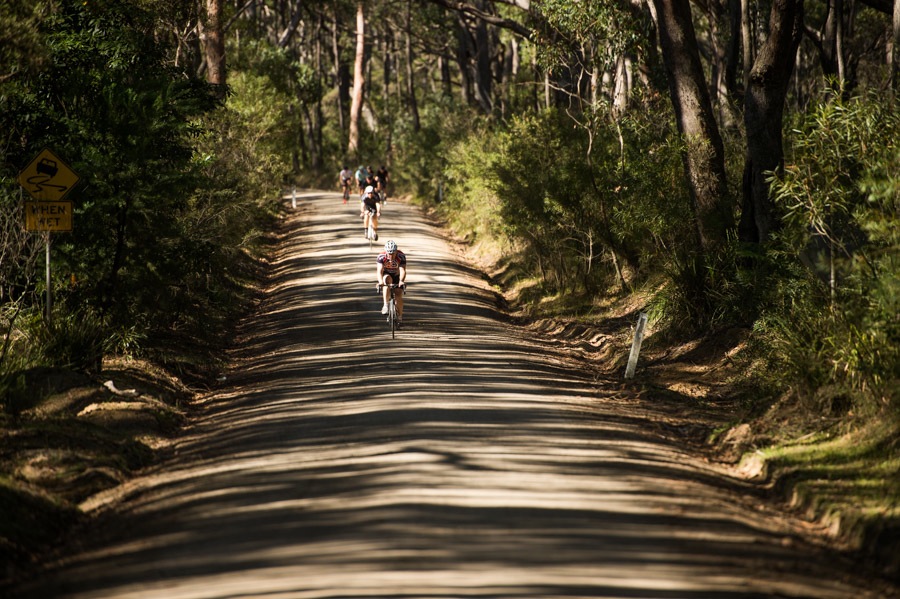 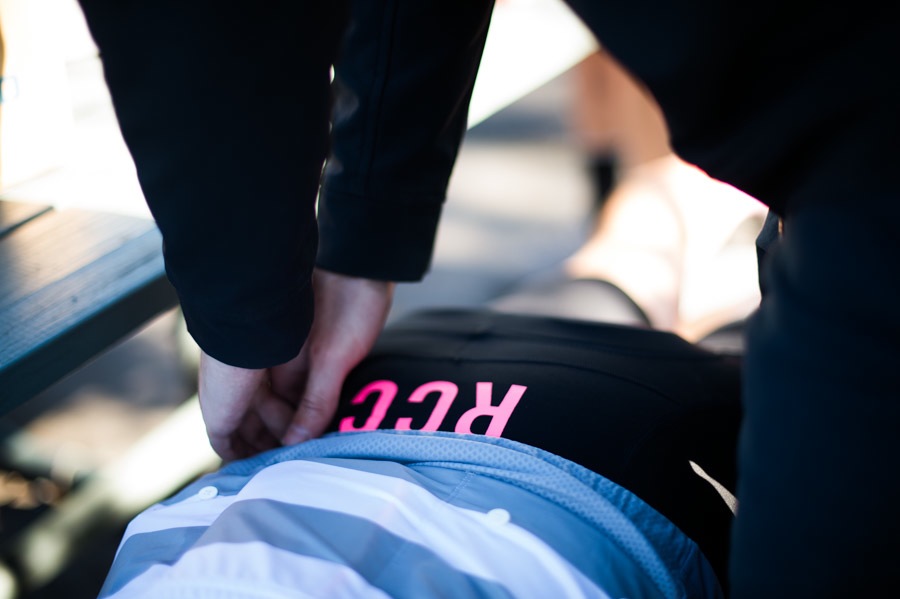 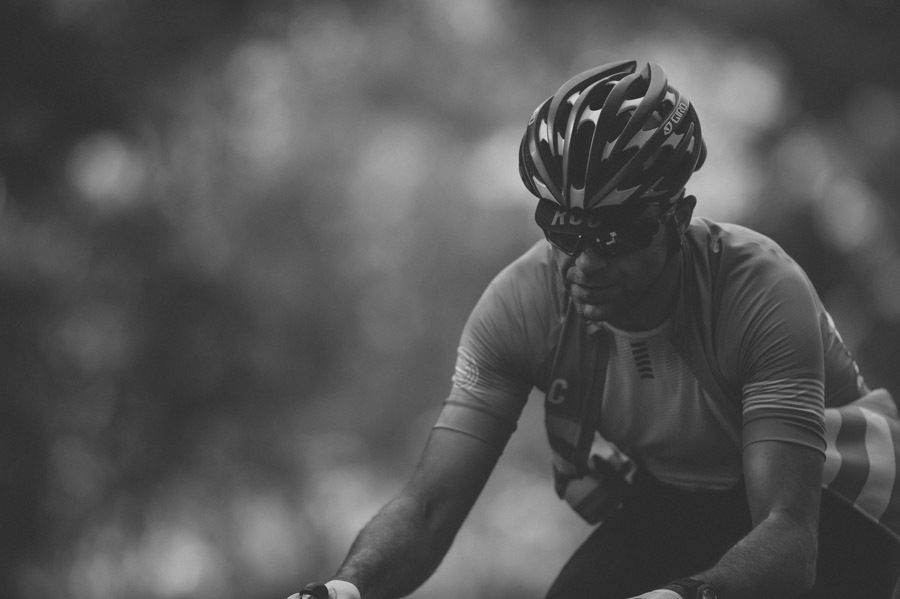 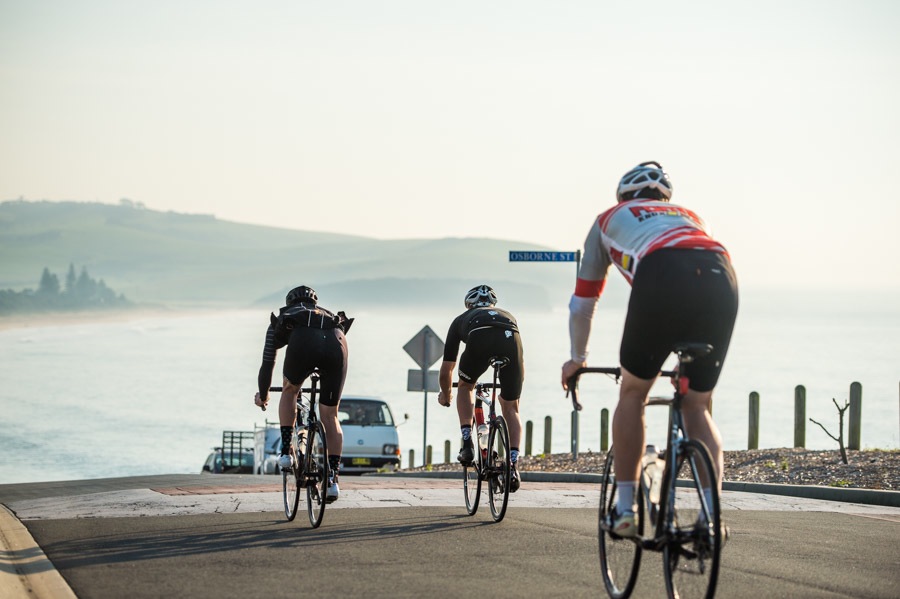 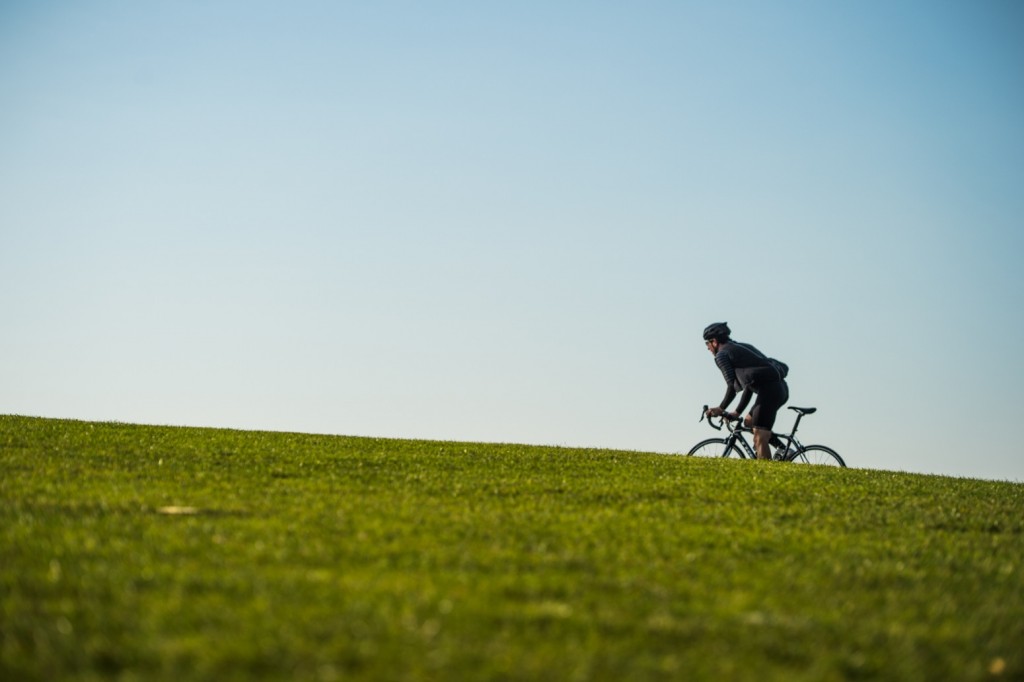 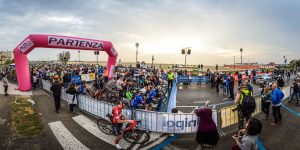