Women are finally carving out their own identity in a sport that has traditionally been dominated by males. Cyclist celebrates the rise and rise of women’s cycling…

It’s 5:55am on a chilly Thursday morning and a group of cyclists are huddled on a street corner in Collingwood, Melbourne. From a distance, a scattering of flashing red lights gives the game away. Soft droplets of rain have started to fall and the group laughs it off as they swap banter and riding stories. Afterwards, there’s coffee, and more laughing and stories.

Sound familiar? If you’re a cyclist, this is a ritual you’d know well. The mid-week bunchie, the friends you know only by their first name, the post-ride high as you roll into work. But this group is different: this bunch is entirely women, and they’re part of a new wave of riders – one for whom a sense of community is just as important as numbers and watts. 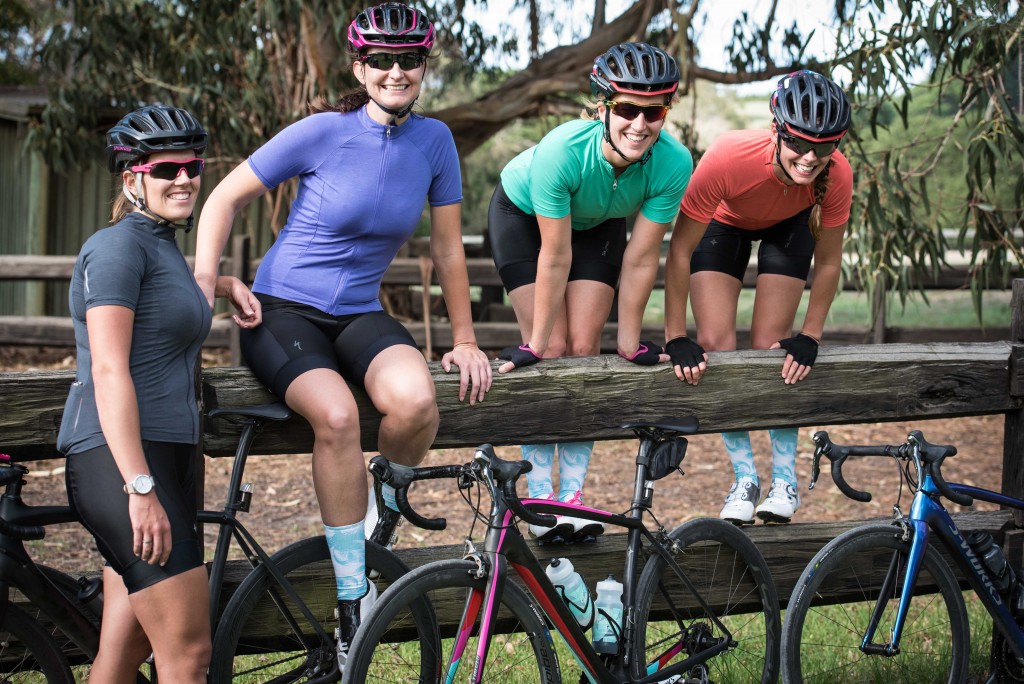 When I started racing bikes, the only other girls I knew who rode were elite cyclists or ex-pros. If you wanted a bunch ride, or if you wanted to get better, you rode with blokes. If you had kit, it was ‘unisex’ (another word for men’s cut!), and if you wanted a women’s-specific bike, you’d better not want a top-of-the-line drivetrain on it.

Over the last 10 years, things have changed. These days, it’s not just aspiring racers who are riding bikes – it’s mums, yoga students, corporate professionals; those who ride for a challenge and those who ride for friendship. You don’t have to look far in a bike shop now to see that the cycling industry is recognising that the women’s segment is growing, fast – and not just at the pointy end. Still want that women’s-specific bike? How about one in Canyon-SRAM colours?

As women continue to take up more of the participation pie in cycling, we’re gradually redefining what it means to be a female cyclist. Being a woman in lycra no longer means being an anomaly, or having to change your behaviour in order to fit in with a bunch of men. Women are making their own space in the cycling world. 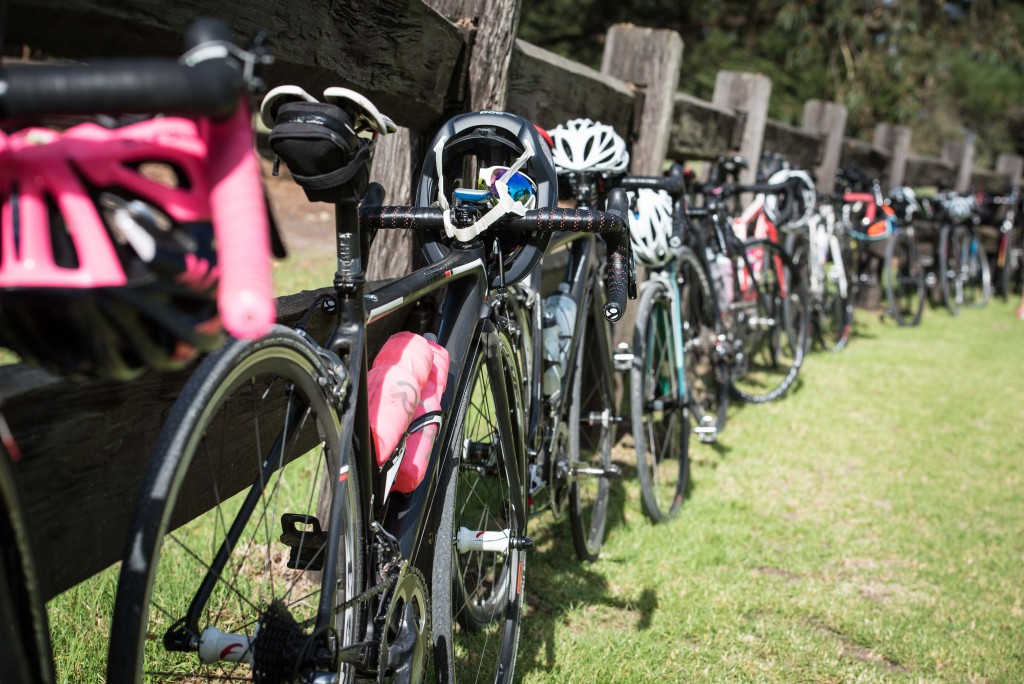 A bunch of differences

Women riding with other women creates a totally different dynamic to a conventional male-dominated bunch. For starters, it’s much more orderly. If you’ve agreed to ride as a group, no one plays the hero over the first KOM, or spends half the ride telling you how they ‘could have gone pro’. Perhaps it’s that men get their fun from a good fight, or tend to see exercise as an adversarial pursuit with a winner and a loser.

And don’t get me wrong – I love that scene. Sometimes there’s nothing better than the taste of blood in the back of your throat and the feeling that you’ve found your limit. But for many women, riding for fun involves very different measures of success. 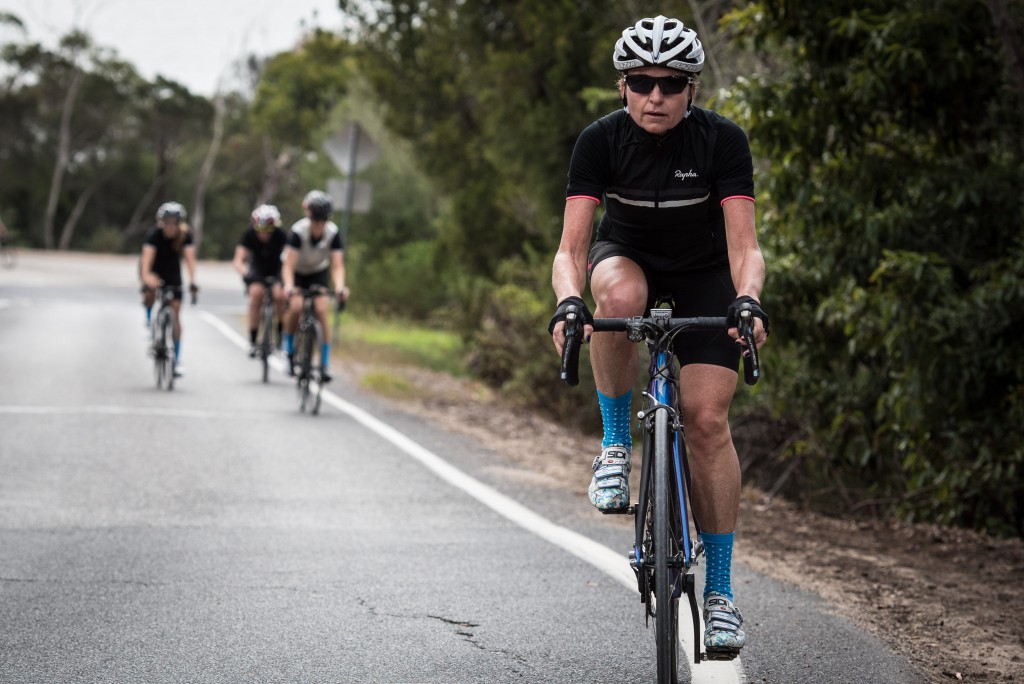 Most of the women I know who ride for fun value the camaraderie of their fellow cyclists, the support and encouragement of the bunch, and the friendships forged on the bike. They love a physical challenge, sure, but not one where there’s a winner and a loser.

The adversarial nature of a testosterone-driven road bunch is often exactly what puts women off cycling. And it makes sense, because those bunches aren’t offering what women need to enjoy cycling. It’s only now that women have the critical mass to form their own bunches that we’re seeing women’s cycling develop its own identity. 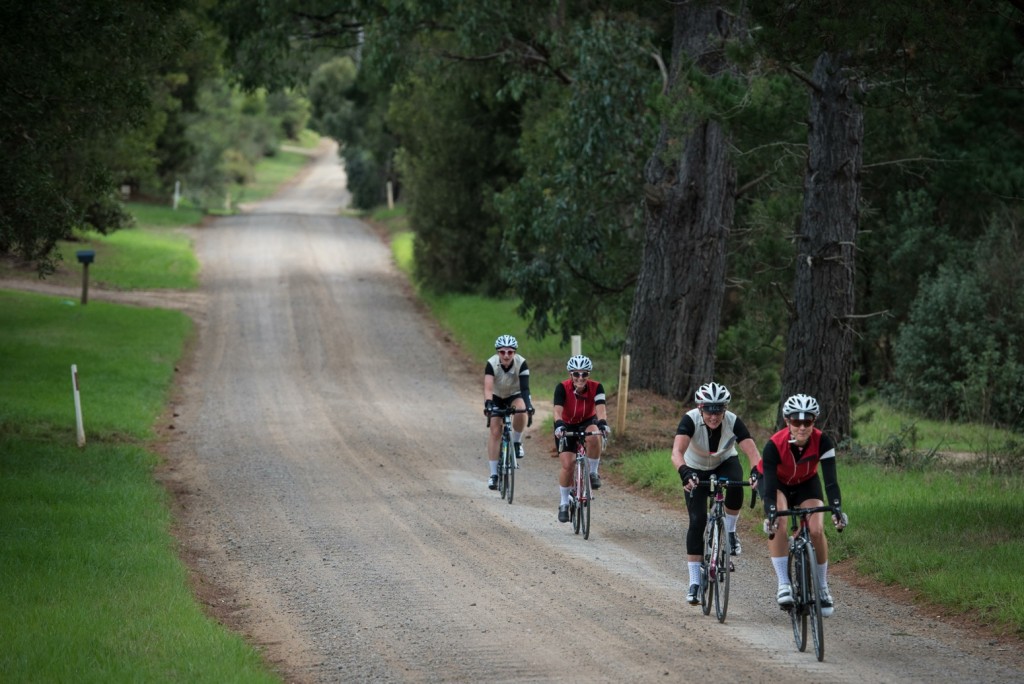 Earlier this year, I rode the Rapha Women’s Prestige, a 125km women’s-only ride around Merricks and the stunning Mornington Peninsula in Victoria. Over 120 women took part, each in teams of four riders who completed the course together. Some took it seriously; others stopped for coffee along the way. Teams encouraged each other and joined forces to share the headwinds. At the end of the day, as teams gathered over communal tables at the beautiful Elgee Park winery to share lunch, the women cheered in other teams as they finished. The biggest cheer of the day went to the last team. Maybe there was a winner; I don’t really remember. The point wasn’t to beat others; it was to celebrate the uniqueness of women’s riding.

Rides like the Rapha Women’s Prestige do more than give women a fun day out and a nice lunch. They reflect a community where women can feel supported and encouraged, no matter what their level. Importantly, a lot of the negativity and ‘something to prove’ aspects of men’s recreational riding just aren’t there. For many women, this is the key that unlocks cycling and makes it accessible. It empowers them in a space – the space of physical challenge – where, traditionally, women are disempowered. 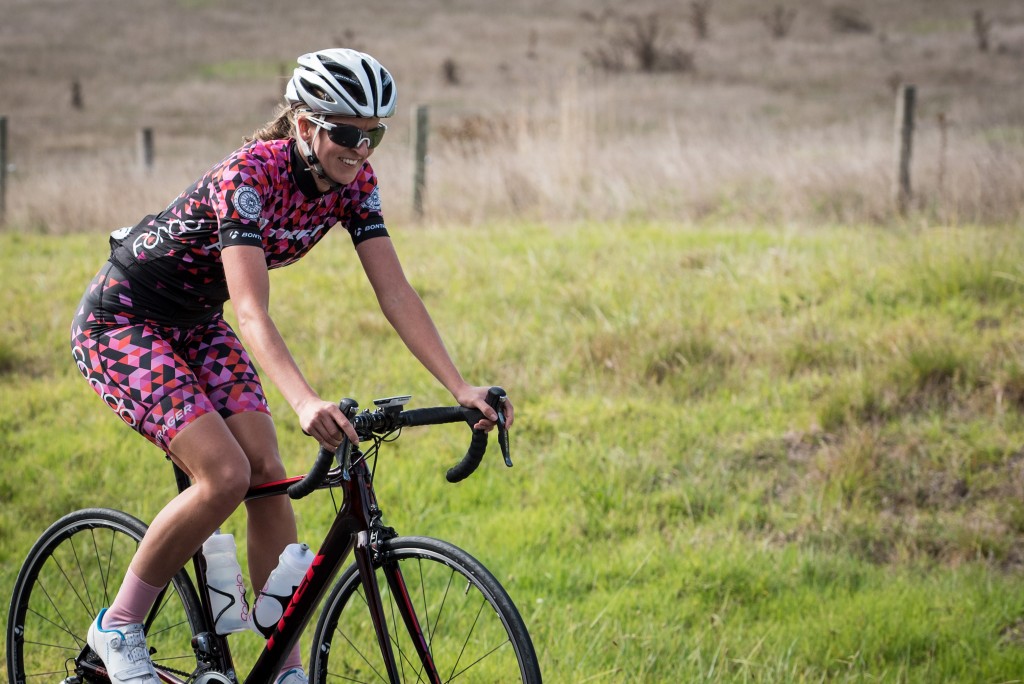 The fact we have enough numbers to make women’s-only events viable means it’s only the start of the growth. And now we’re seeing different parts of the community getting involved: no matter who you are, you no longer have to be an aspiring racer to find like-minded people with whom to ride. It takes a second to stop and appreciate how meaningful that is; that women now own their own space in the broader cycling community. Seeing that space grow and flourish in a sport that’s largely testosterone-driven is inspirational.

The growth in women’s racing globally over the past decade has meant that more people are taking women’s cycling seriously. This is reflected by UCI measures to improve media coverage of women’s WorldTour racing; the campaign for equal (or at least, better) pay at pro level; and, more recently, the collective global reaction of outrage over alleged discriminatory practices in British Cycling’s high-performance program. These issues are getting traction because they are important to more people; because more women are riding, and because people value the women who do ride. 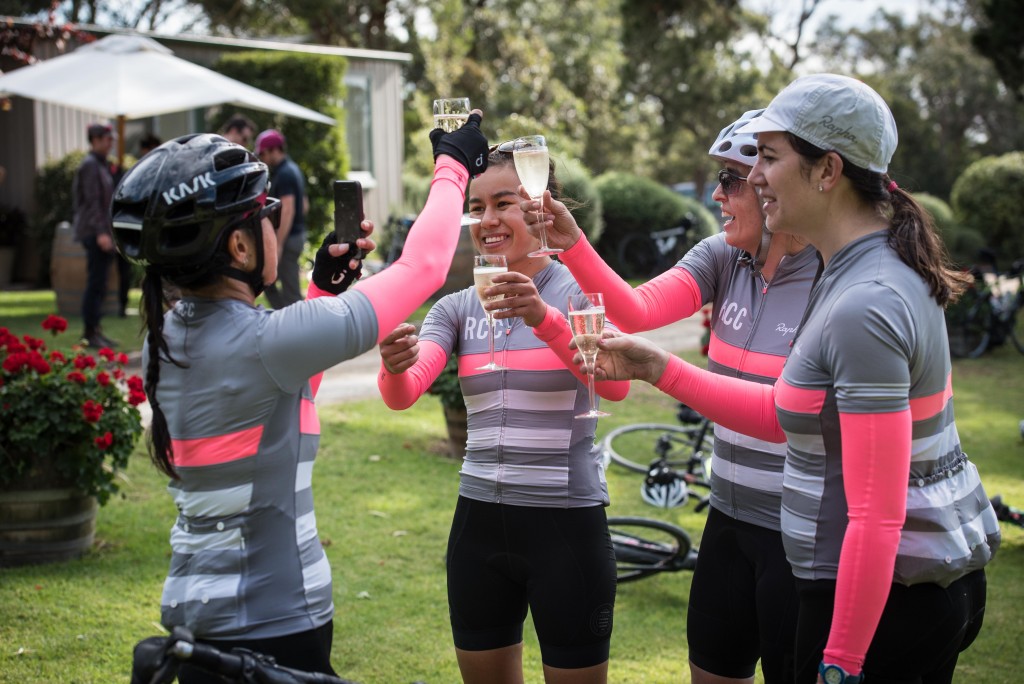 All these changes are meaningful to women’s cycling, particularly to those who are involved at the professional level. But the most significant change in women’s cycling is taking place not on the cobbled parcours of Europe or in the velodromes – it’s taking place on country roads on weekends, and on that tiny street corner in Collingwood. It’s a groundswell of women riding bikes with other women; not for prize money, but rather for friendship and camaraderie. 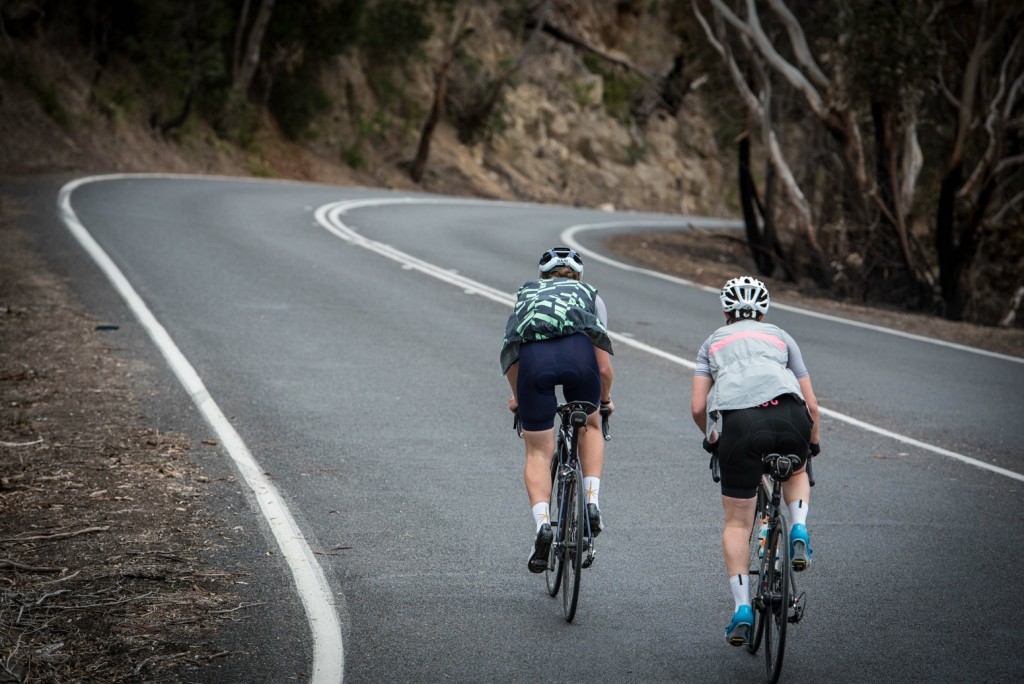 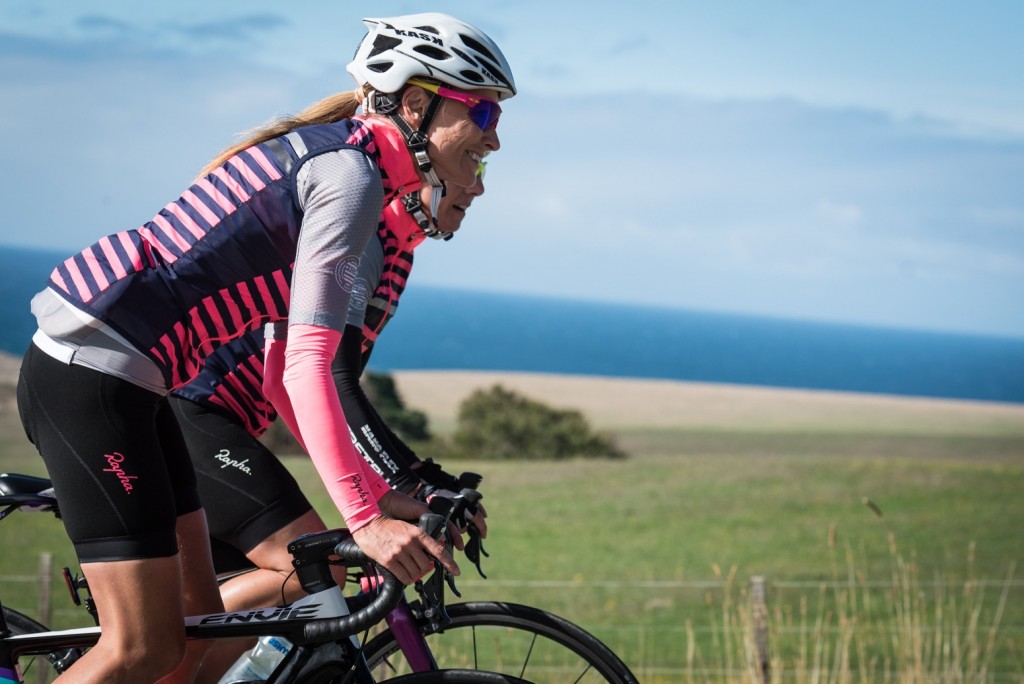 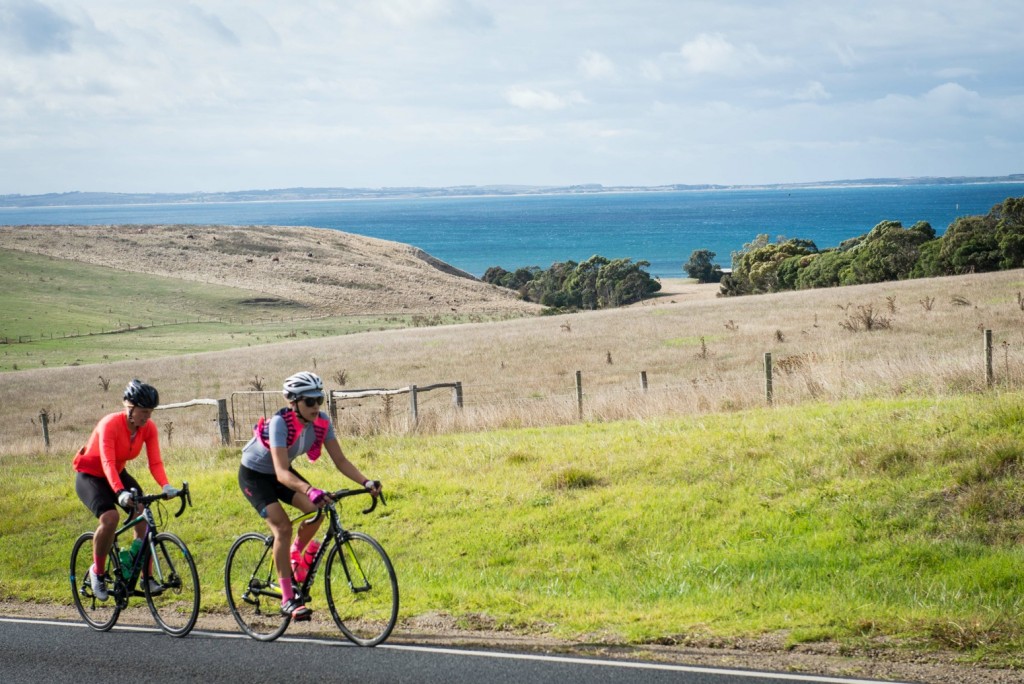 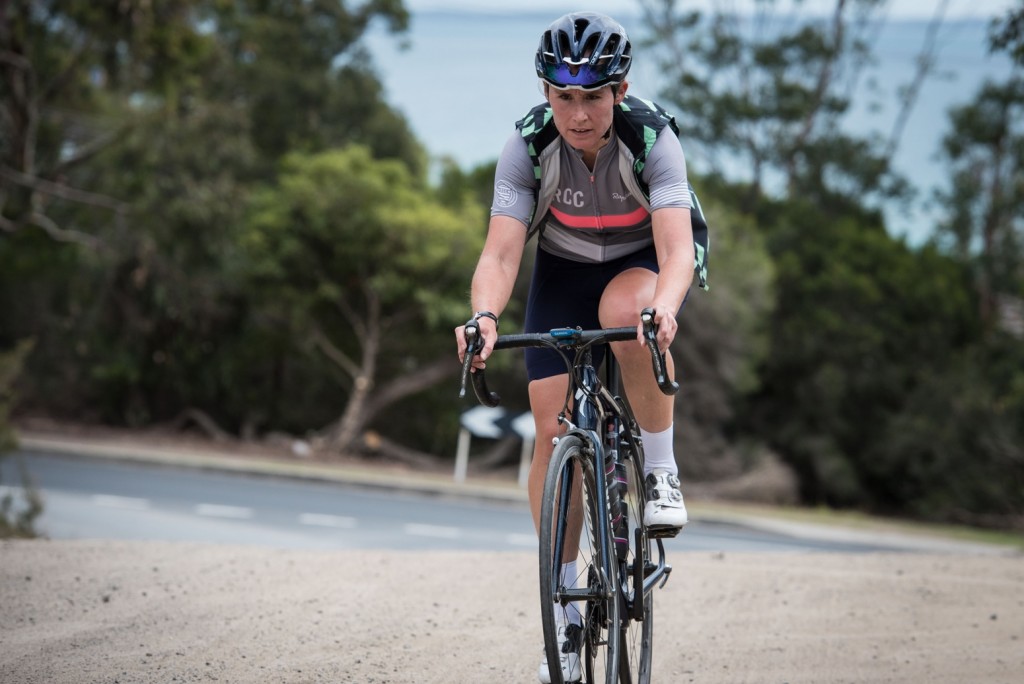 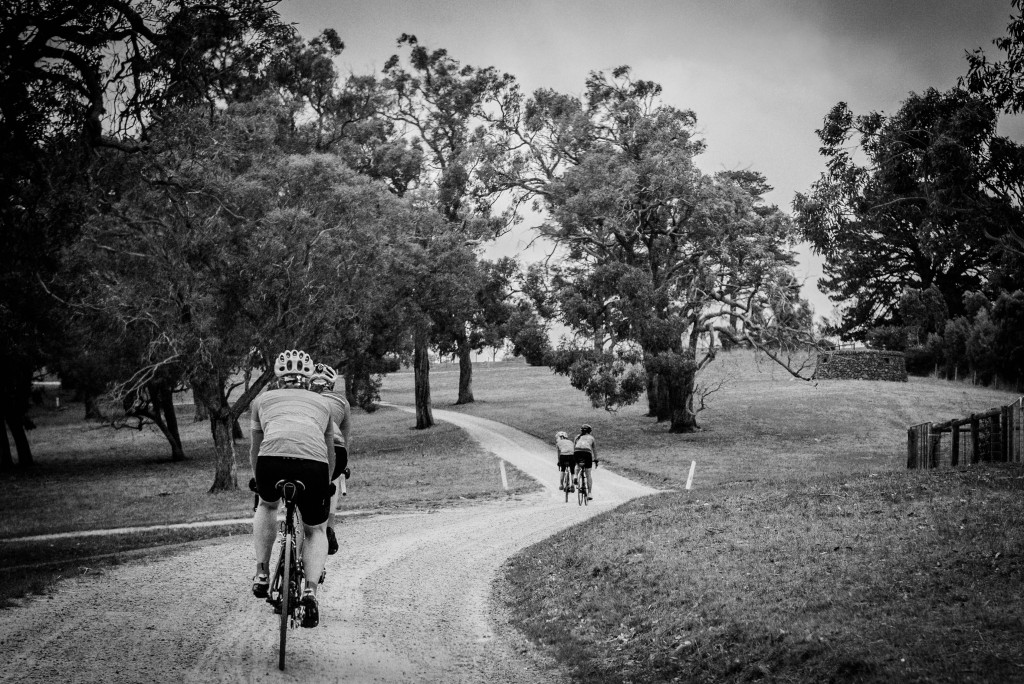 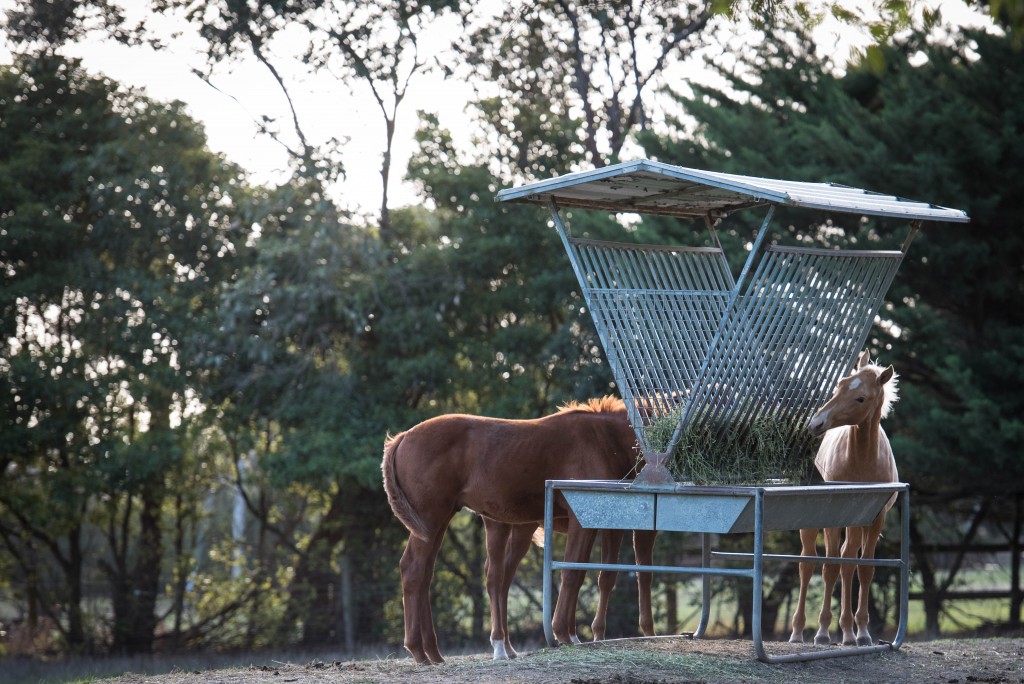 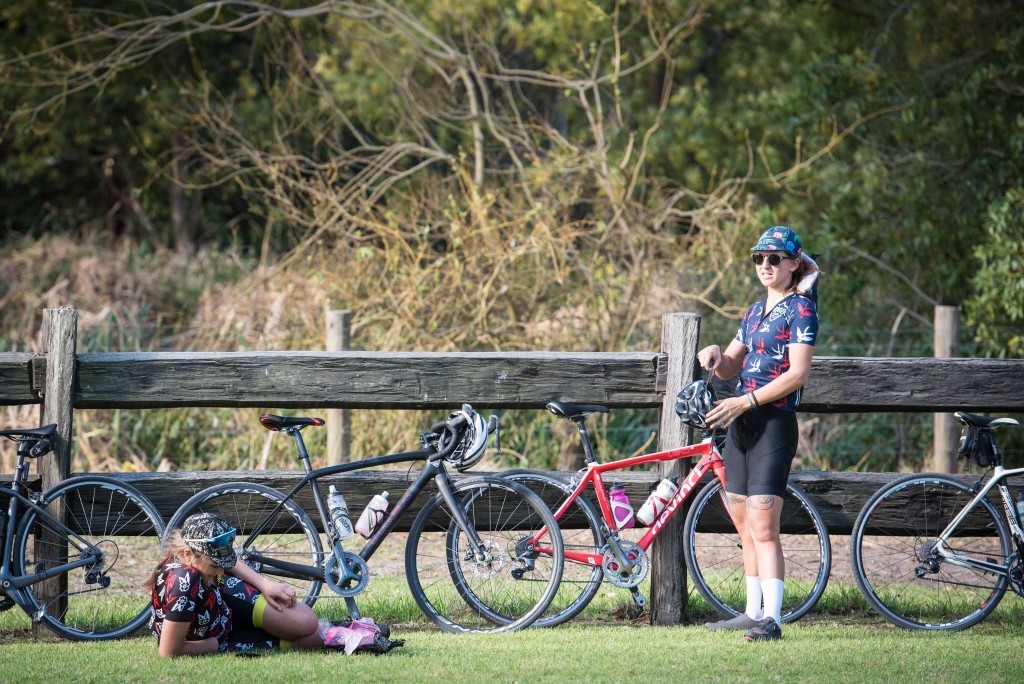 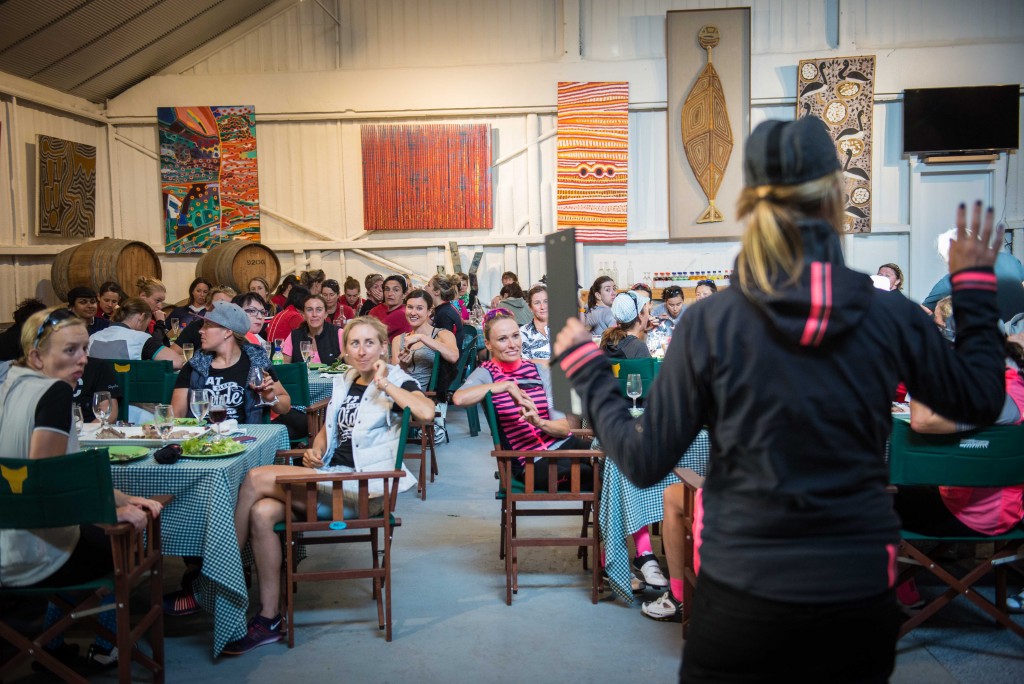 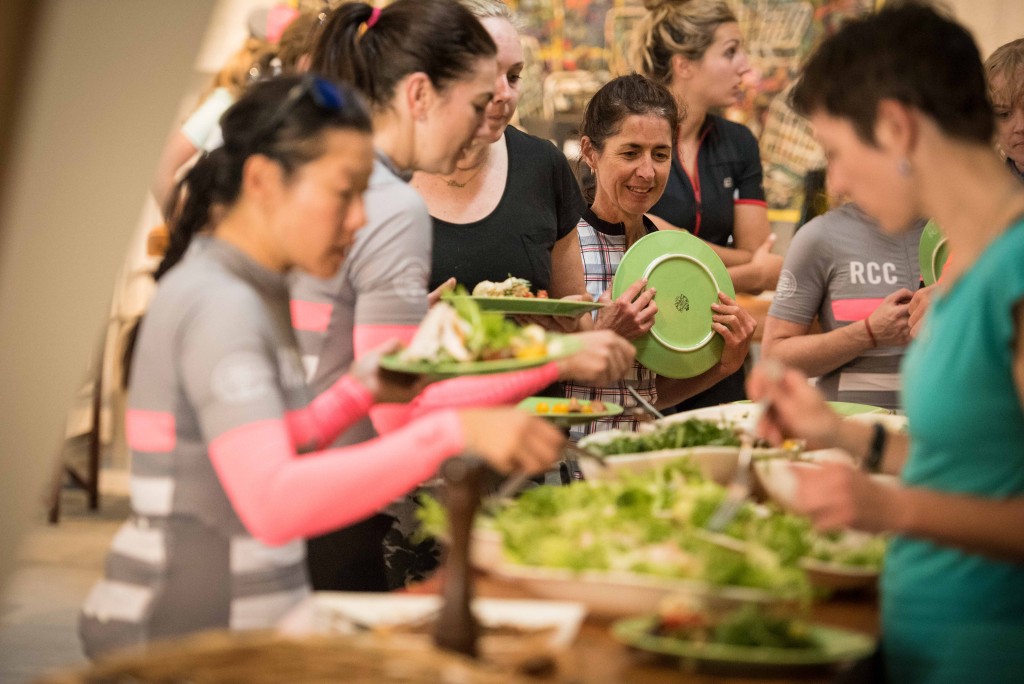 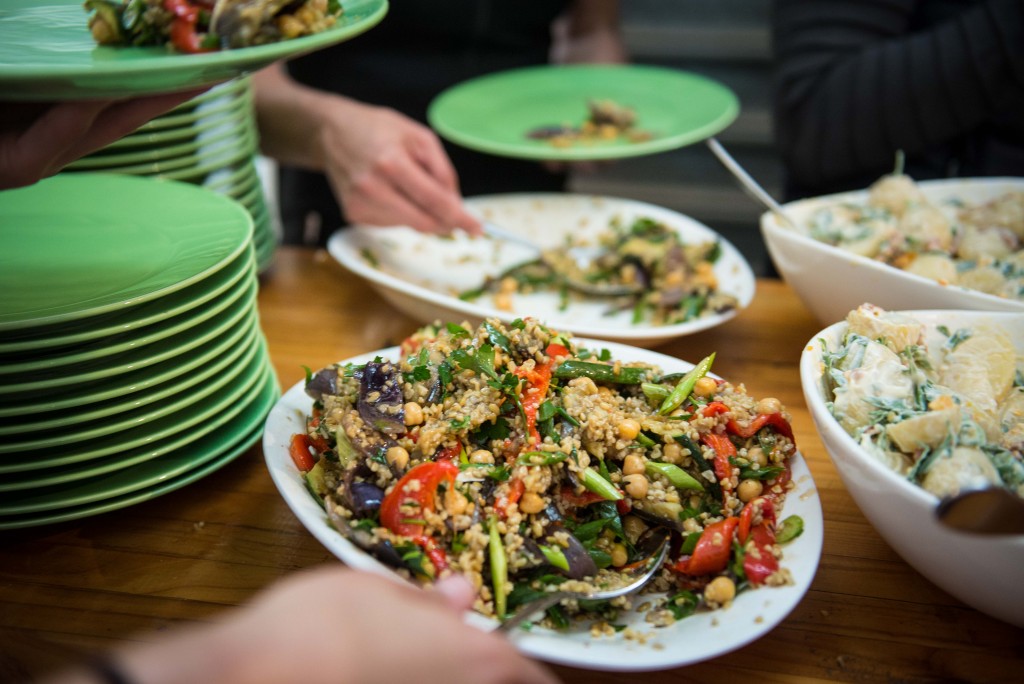 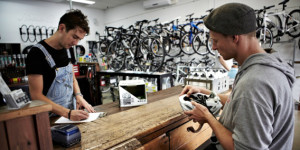