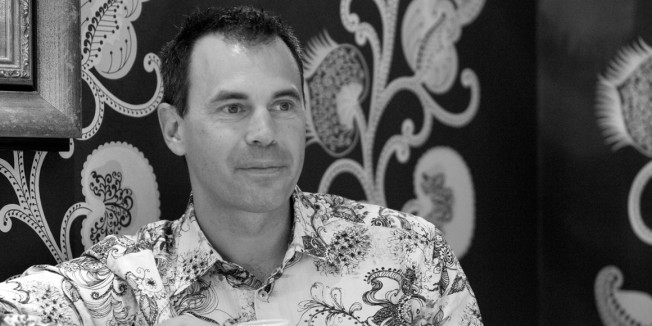 He’s one of the most influential men in modern cycling, yet if you saw him walking down the street you probably wouldn’t recognise him. Cyclist caught up with Cervélo owner and founder Phil White to talk superstition and action figures

Cyclist: Where did it all start with Cervélo?

Phil White: My background was really just engineering. It’s funny, when you start a bike company people go, ‘Oh you must be some kind of famous ex-racer,’ and I’m like, ‘Sorry, no. I’m just an engineer who liked riding.’

Cyc: How far back are we talking?

PW: It was around ’95 when a bunch of us would meet at the Texas A&M University wind-tunnel, including Steve Hed [later of Hed wheels], John Cobb [bike fit guru responsible for Greg LeMond’s aero position] and my later partner at Cervélo, Gerard Vroomen. We’d rent the tunnel for the day – it cost a couple of hundred bucks back then – and just experiment trying to make things faster. You should have seen some of the crazy ideas from Steve. He had some whacky wheels. You’d be like, ‘How does this thing work?!’ It was great fun.

PW: Yeah. I remember we had a bet with John Cobb where I said that if we fill in an area behind the fork crown we’re going to have a significant gain in speed because you’ll get rid of that turbulent area. He said nah, it’s not going to work, it’s not going to make any difference. So I went down to the shop, chopped a bit of wood out in a little V-shape and we got some glue and stuck it onto a traditional frame behind the crown, and suddenly we had a measurable difference in the aerodynamic performance of the frame. I won a case of beer from John for that. I’ve known for 17 years that a little piece of wood behind the crown was going to make a bike faster.

PW: Our first three bikes were carbon, but then when the idea for Cervélo came along we realised that to be cost-effective we’d have to use aluminium. So we were like, ‘We need tubes, we’ll go to a tube maker and get them made. It’s only aluminium for godssakes!’ It never occurred to us that is was out-of-the-box thinking, but apparently it was. Everyone was buying their tubes ready-made from companies like Easton, but it just never occurred to us to go and see these guys because we were coming at it from a different angle with no preconceived notions.

Cyc: Did you make the bikes yourselves?

PW: No, we just did the engineering. I mean, I can weld, but I don’t think you’d want to ride a bike that I’d constructed. You’ve got to focus on what you’re good at, and for us that was the engineering.

Cyc: You can’t think of Cervélo without thinking of the letters VWD – Vroomen-White Design. How has Gerard’s departure affected the company? After all, you guys were like the Lennon and McCartney of aerodynamics.

PW: Yeah right, Lennon and McCartney! We’ve always had very similar philosophies, Gerard and I, and we have had some huge long drawn-out arguments. I remember one where we were battling for a week, and at the end of it I’m like, ‘I think you’re arguing my point,’ and he’s like, ‘Hell, I think you’re arguing mine.’ We’d completely convinced each other of the validity of the other’s argument. So it’s been difficult to a certain extent; he was always there to bounce ideas off. But he’s still involved as a consultant and I speak to him about once every two weeks.

Cyc: So the ethos at Cervélo will remain the same?

PW: Our goal was always to instil a culture in the company where our engineers could feel empowered, so if we said go and make an R5 or an R7 they’d know how to do it almost telepathically, because they understand the brand values.

Cyc: OK, fair play. One thing we can agree on is that there was no R4. Why was that?

PW: We do a lot of offshore manufacture in Asia, as well as having Asian customers. In China the number four has a whole lot of bad images to it; it’s unlucky. And it was unlucky for us with the P4 time trial bike, so we said, ‘Let’s just skip it.’ I think over time this will make sense when you look back on the Cervélo range.

For more of the latest Q&As subscribe to Cyclist at: magshop.com.au/Cyclist or via iTunes https://itunes.apple.com/au/app/cyclist-australia/id602436026?mt=8. 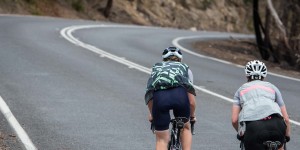 Women are finally carving out their own identity in a sport that has traditionally been do...