The antipodeans inclusion in the World Tour turns twenty. The first edition saw local Stuart O’Grady in the lead and Cadel Evans as a rising star, two decades on the Santos Tour Down Under is a season opener, a favourite amongst the fans and peloton, and hosting an impressive start list.

This race is undeniably unique, an opportunity to not just witness but experience riding with the pro’s, and where Willunga Hill or Corkscrew lack the glamour of the Alps or Dolomites, they provide some unmissable Aussie spectacles.

The 2018 announcement is here, the Santos Women’s Tour will be ranked UCI 2.2 and the men’s route is finalised, designed as much for the spectators as the riders. Previous fans will testify this is essential information, the pro’s seek training opportunities, the spectators arrive in peak fitness and form, every amateur’s chance to get as literally and figuratively close to the WorldTour as ever. The routes aren’t all about where the race goes but where to plan the best bunch rides of the year. Cyclist has sampled the rides before, but it’s time for a refresher, grab the diary for Cyclist’s best ‘work’ week of 2018.

This takes place in the City of Adelaide Tour Village in Victoria Square, for those uninitiated head into Adelaide’s centre and look for the giant inflatable bicycle, the unmistakeable voice of Jens Voigt, and tech. Nerds spying on bikes and stealing tips in the service course. 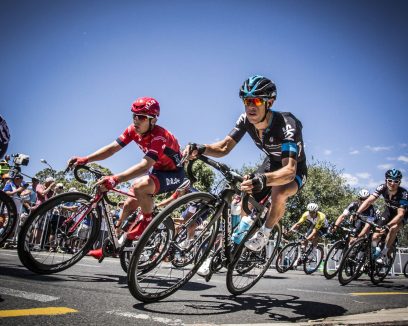 This is essentially a twilight criterium on wide streets, it’s flat, fast and fifty kilometres. The course is short and simple making for easy spectating. Expect a few local riders going for early breakaways but the sprint teams will be in control for the likes of Ewan, Greipel, Kittel, and Sagan.

It’s within walking distance of the CBD so there’s plenty of options afterwards for dinner.

The first stage will be a show for the sprinters, the race begins north of the city, in Port Adelaide, heading west through a Cat. 2 climb before taking on three laps around the Barossa. An early break may establish itself on the Subaru KOM but the undulating circuit won’t be enough to break up or deter the bunch. A sprint finish is likely.

The stage finish is approximately 60km from Adelaide, just within riding distance, and stages such as this often offer opportunities to file in with the pro teams on their warm down back the city, or make the most the of your visit to one of Australia’s great wine regions.

Race Neutral parades through the CBD before it starts in earnest in the Adelaide Hills and the Subaru KOM at Tea Tree Gully before heading for a wide arc south then back towards the city for three laps around Mylor and Stirling. The punchy climbers will come out in the final uphill kilometres.

Lobethal, Hahndorf and Stirling are all familiar names to any previous visitor, and with good reason, plan a Big Ride for the day with plenty of points to view the race and some of the best bakeries in the country. 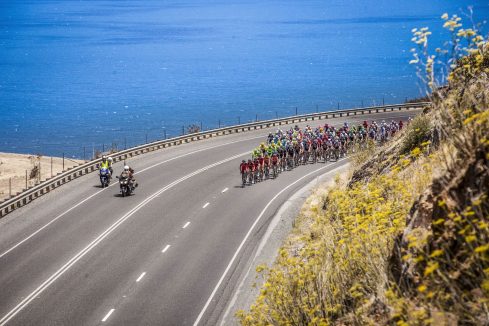 It’s all about the ocean views, from the beaches of Glenelg the race hugs the coast through McLaren Vale and the Fleurieu Peninsula. The KOM at Penny’s Hill may be a Cat. 1 but it’s unlikely to slow the peloton down for a sprint finish.

This is a hard stage to spectate, it’s fast and long, the finish in Victor Harbour is well out of range for the return ride to Adelaide (unless you’re really keen). The best bet could be to try a Big Ride around the Fleurieu like Cyclist did with Pat Jonker or ride to McLaren Vale to glimpse the race and sample some Riesling, or save that for Stage 5.

A highlights package of the Adelaide Hills. Heading out for a big loop west through Birdwood, Mount Pleasant and Lenswood. The return will see the peloton near triple digit speeds down the epic descent of Gorge Road, then an iconic KOM at Norton Summit before another TDU trademark, a downhill finish, this time at Uraidla.

The BUPA Challenge is perfect for anyone looking to ride the course before the professionals or there are plenty of spectator points, those familiar with the roads may catch the race three to four times by the finish. Today is all about the testing climbs, the only thing missing is Corkscrew, make sure to sample that climb too. 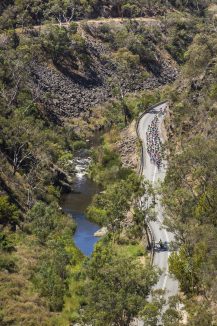 The penultimate day and often ultimate decider, the ‘Queen Stage’ is a TDU favourite, the laps of McLaren Vale may see a breakaway, but once the race hits Willunga Hill the climbers have warmed up. Expect all the favourites ready for a final fight for GC, and the odd surprise from a Euro pro or the always sneaky rookies of wildcards UniSA. Can Richie Porte do it again?

This is fan favourite, prepare for a long day out, it’s a long ride to Willunga Hill and back including a few hours standing on hot tarmac without shade, but it is an essential TDU experience. Keep hydrated as once the stage finishes it’s an unofficial race home. 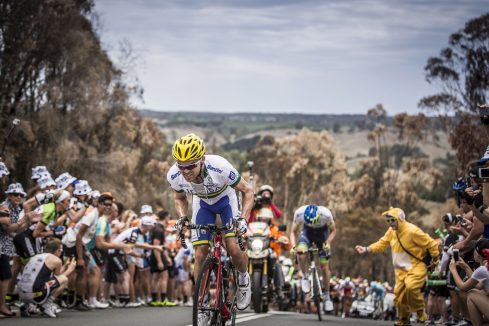 Emulating all great tours, the riders arrive in the city for the final kilometres, in this case it’s all ninety. It often ends as it started, an opportunity for the sprinters, but GC favourites will be careful not to come undone over the twenty laps.

Finishing in the CBD offers plenty of options, join the official celebrations in the Tour Village, or head to the Hilton, unofficial bar of the peloton.

In what is already building up to an epic week, don’t peak too early, there are still four stages of the Santos Women’s Tour to come. Stay tuned… 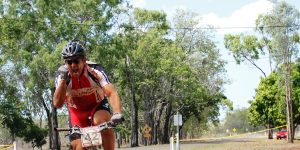 Martin Wisata, the Adam Hansen of the Crocodile Trophy, sits down to chat with Cyclist ahe...