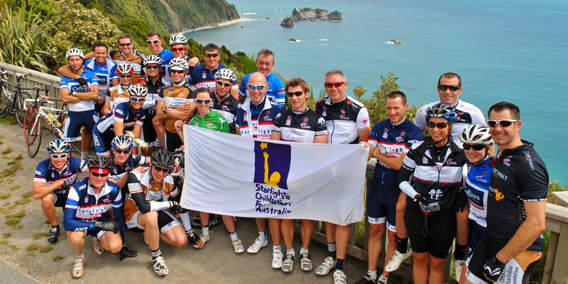 Tour de Kids has its sights set on $700,000 for The Starlight Children’s Foundation Australia

The Tour de Kids, now in its 13th year, was one of the first cycling charities established to help sick kids and their families via The Starlight Children’s Foundation and their Starlight Express Rooms in the major cities around the country. Some $5,000,000 has been raised over the years, and TDK has given over $200,000 to the Sydney Children’s Hospital Starlight Express Room for the past 2 years. This year approximately 50 cyclists will ride 1,100 kilometres circumnavigating Tasmania and it’s beautiful mountains and scenery in order to raise close to $700,000.

Prominent riders who have ridden in past TDK’s are 2004 Olympic Champion and four times World Champion Stephen Wooldridge, the big Warwick Waugh who played 8 tests for the Wallabies who apparently rode on a bike built by his plumber, Brett Godfrey who was at the time CEO of Virgin Blue Australia, and Warwick Negus, at the time, CEO of First State Global Management. Current riders of note are David Baxby, currently the CEO of Virgin Group based in Switzerland, his brother, Matt Baxby who was the former protege of Richard Branson and now the retail boss at Bank of Queensland, Paul Walsh, MD of Lend Lease Retirement Living and Aged Care, Richard Hunt, ex UBS now principal of Fort Street Advisers, Bevan Towning, Chief Executive Officer of Platform at Mirvac Group, Tom Hardwick CEO, Guardian Childcare Alliance, Ian Ross, Manager Supply Operations at Caltex, Nick Harbinson, the former head of sales at Merrill Lynch & Co and now founder and principal of the Singapore based Tantallon Capital.

Each rider pays for their own costs of accommodation, food and flights with all donations being attributable to Starlight Children’s Foundation and other children’s charities. Riders also commit to raise a minimum of $3000 each in donations. With great support from corporate sponsors like Jigsaw Childcare, Colliers, Mirvac and Aviva, Lend Lease and Fort Street advisory group allow riders to be divided into four teams. Competition jerseys, similar to the Tour de France concept, will be sponsored by CFCLA, Visa, Bright & Duggan and JBA Planning and Virgin Australia.

An important facet of the tour is the kind support of up to 10 support personnel who donate a week of their time in order to make our tour possible. Massage therapists, mechanics, vehicle drivers, lunch chefs and logistics are all catered for under the watchful eye of the TDK committee led by David Cobcroft, CEO of Alukea Commodities riding in his 7th TDK. 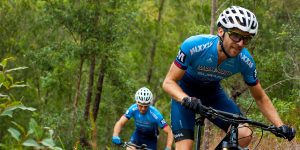 Here at Cyclist, we know how to prepare for a Big Ride but when heading off-road we turn t...