Currently trending in the world of Cycling: kit

The Swedes are coming to town

The Swedish are commonly known for producing one of the most loved bands of the 70s, ABBA; memory loss in liquid form, Absolut Vodka; and, furniture giants (quite literally giants, just visit one of their stores and try not to get lost) IKEA. But, to the cycling world they are known for manufacturing some of the best ergonomic, high tech kit, thanks to their extreme weather and passion for the two-wheeled sport.

Bringing some European flair to Australia’s own Orica-GreenEDGE, Swedish sport brand Craft will be dressing the team as they train, race and kick back as of January 1, 2014.

“We have been looking for a team that shares our goals and ambitions and that is made up of people who we can win, lose, laugh and cry with. Down Under we found a perfect match in ORICA-GreenEDGE, a team that combines strong personalities with a strong team spirit,” says Craft’s CEO Jonas Peterson.

The Australian team is well known for its solid teamwork, which has translated into great success in team events such as the latest World Championship TTT where the ORICA-GreenEDGE men finished second, separated from the gold medal by a mere blink of an eye. Also known for its relaxed attitude out of the saddle, the team has recorded celebrated cover versions of popular songs such as “Call me maybe” (see below, must watch) and “You shook me all night long”.

“We’re really happy to partner up with Craft for our race and casual clothing next year. We sharing their excitement and attititude around cycling – both as a really demanding professional sport and as a healthy lifestyle. It will be a great way to explore great new products and gain a competitive edge. I’m convinced all of our riders will be happy with this collaboration”, team General Manager Shayne Bannan says.

Craft will provide the riders on ORICA-GreenEDGE with all their clothing requirements including racing and training clothes, base layers, accessories, recovery clothes and leisurewear. A brand-new TT Suit, which will be launched at Tour de France, and an Aero Suit, which is an aerodynamic and body mapped suit for road race events, are some of the top-notch garments that the riders will wear during the upcoming season. We can’t speak for everyone, but as cycling obsessed we can’t wait to what the two have planned for the new year.

Keep an eye out for the new kit at craft.se

It’s all french to us

It’s never too early to start prepping for the Tour de France, hence why we are drooling over le coq sportif’s 1951-inspired collared Yellow Jersey. On the front, the famous white rose of Yorkshire – a touch of originality that will unite perfectly alongside the velvety, flocked le coq sportif logo and the initials of the founder of the Tour de France, Henri Desgrange. These two uniquely French signatures are joined by an inscription on the back of the jersey, also in French, dedicated to Desgrange and stating : “En 1903, Henri Desgrange créait le plus grand évènement cycliste de tous les temps “ (In 1903, Henri Desgrange created the greatest cycling event of all time). The inside of the collar is lined with the little triangles so dear to le coq sportif’s heart and the tricolour label on the back adds the French signature finishing touch to the 2014 jersey. We know what we’ll be wearing while sitting in front of the tv, dreary-eyed and sleepless, this Tour de France.

Find out where you can get your hands on one at lecoqsportif.com/intl-en/ 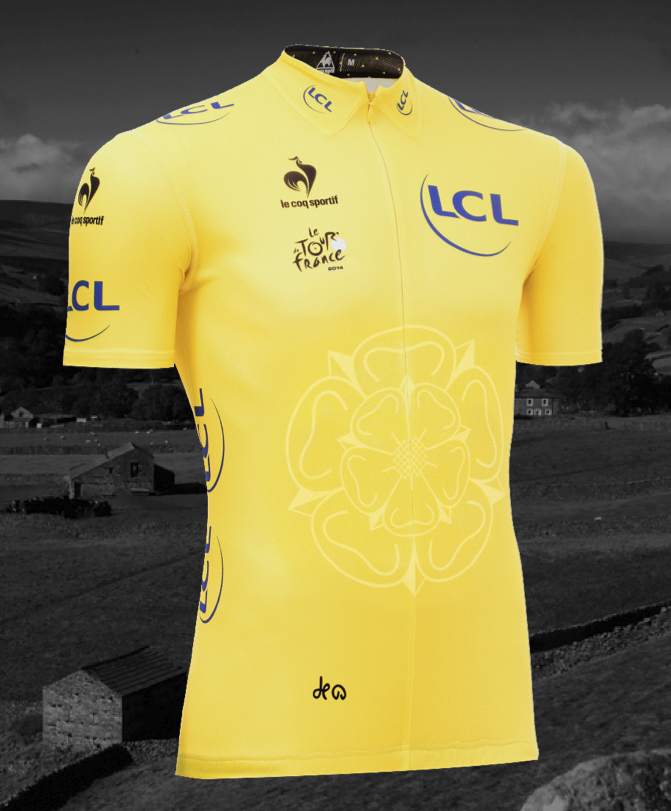 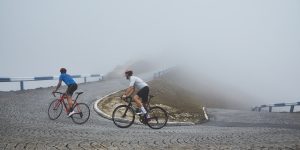