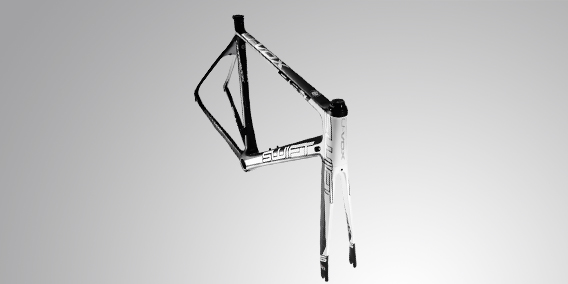 The ultralight Ultravox RS-1 framset is fast yet forgiving

Does China have a strong cycling community, we ask SwiftCarbon’s owner, Mark Blewett? “Sure it does,” he laughs. “If you’re carrying chickens to market then there’s, like, 400 million of you,” And he should know, he’s only gone and moved there.

Debuting with bikes such as the Ultravox (Blewett is a huge 80s digital music fan), SwiftCarbon might seem like yet another bike brand charging top dollar for Chinese-made frames, but take a look behind the scenes, and at the man responsible, and you’ll soon see there’s something a little special going on.

An ex-pro who raced in Europe during the 90s, Blewett opted to up sticks from his native South Africa to pursue his dream of making bikes with unparalleled ride quality. While swapping the familiarity of home for the radically different culture of China might seem extreme, for him it was a no-brainer.

“I live about 20 minutes away from the factory, so I am constantly there making a nuisance of myself. But because I’m right in the middle of the production process I can go out on a test bike, decide the bottom bracket’s not stiff enough, come back to the factory, have more carbon fibre added and be back out the same day. Three years and eight versions later, I arrived at the Ultravox RS-1.”

The result is a super-stiff frameset with intelligently reinforced areas around the press fit bottom bracket and tapered headtube. This kind of design can easily produce a harsh ride, so to balance the extra torsional rigidity, razor-thin seatstays with a filled-in brake bridge are employed at the rear, which are claimed to provide naturally high levels of vertical compliance. In total the frameset tips the scales at a mere 930g.

In a world of mass-produced carbon frames from far-flung corners of the globe, this hands-on approach is something a bit unique, and one of which Blewett is rightfully proud: “It might sound corny, but Swift bikes are an extension of me. I’ve made a lot of sacrifices to be in this position, but those same sacrifices motivate me. I’m not here to mess around.” With that kind of attitude you can expect big things from SwiftCarbon in 2013. 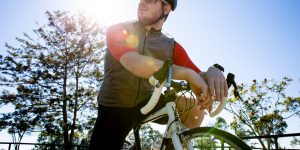